For many SEAT fans, the Cupra edition of a new model can never come too soon.

Like waiting for a kettle to boil, from the minute a new generation is born and we see the first batch of the range in what is often described as “poverty spec” form, fans get to work speculating on what the hot versions will look like. Speculation takes many forms, including discussion threads, specification wish lists (4WD anyone?!), and numerous photoshopped attempts to make them a visual reality.

This time around with the MK3 Leon, SEAT launched straight off the bat with the FR body trim available in cooler 1.4TSI engines through to strong 2.0 TDI and 1.8 petrol performers, for many, all you could want in a “hot hatch”.

As a Cupra obsessive (yes it’s an officially recognised condition) this means that the Cupra has felt all the closer, yet still seemingly far out of reach.  The reality is, SEAT have brought the new Leon Cupra to market quite a bit quicker than normal.

Through increasingly effective spy shot photographers, a SEAT that is increasingly willing to engage with its customers via social media, and the promise that this new hot Leon would really push the bar for front wheel drive hot hatchbacks. There has been a significant groundswell of excitement for this car amongst the Cupra stalwarts in our community. Our forum discussion thread “MK3 Leon Cupra, What we know” had over 43,000 views prior to the cars unveiling.

Personally I have been waiting for this car for about three years, which is when I start to normally get itchy feet. I am glad I held out.   This car is a monster. 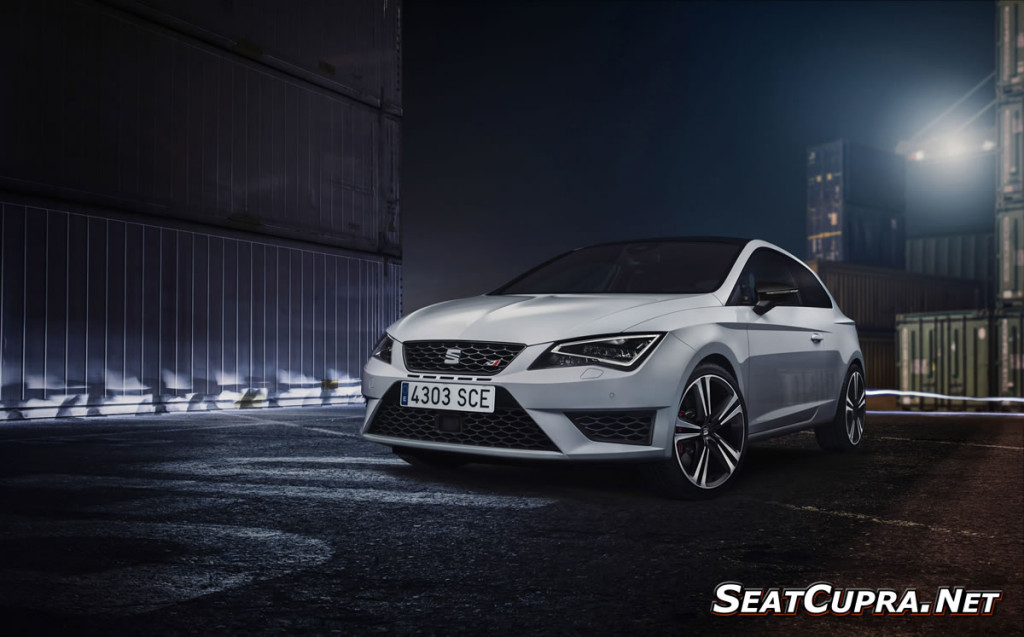 We have compiled an info-graphic to show the basic history of the Leon Cupra including variations such as the R trim and face-lifts.   Personally I have been fortunate enough to have owned the MK1 Cupra, the MK1 R, and currently drive the MK2 Cupra pre facelift.  I considered getting a MK2 R, but as my own MK2 was remapped there wasn’t enough reason for me to change it, despite the striking rear diffuser SEAT added specifically for the UK market.

As you can see below, the power has steadily risen and gone are the days where people would scoff that a front wheel drive shouldn’t have more than 200HP going through the front wheels. 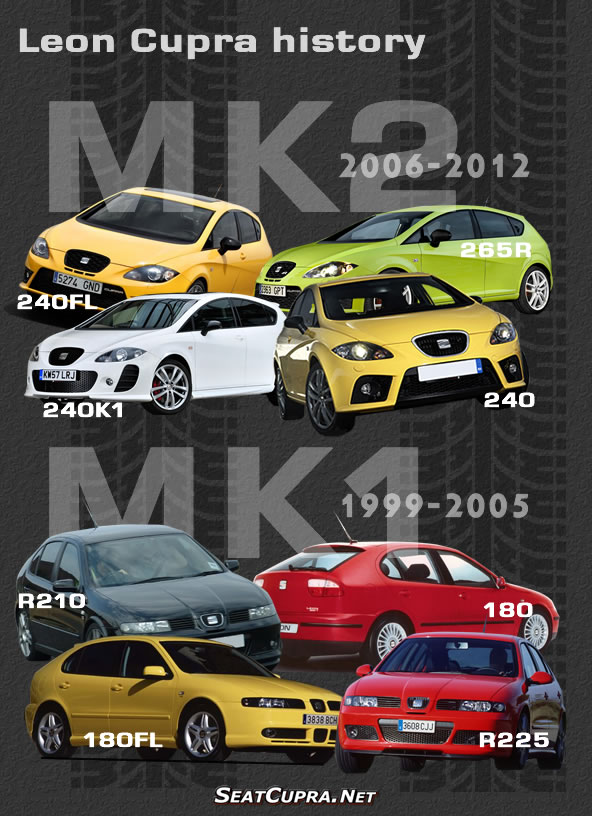 So the new Cupra is SEAT’s first road car to hit a sub 6 second time on the 0-60 run with DSG 0.1 of a second quicker.  Surprisingly the speed is listed as the same for both the five and three door models.  We know SEAT are generally conservative with their figures so power could actually be higher than stated and potentially the speed. Of course in two wheel drive mode, traction is going to be the challenge. This is something SEAT have obviously done well to address with the chassis and a surprising amount of weight reduction over the old MK2.  It comes in at a whole 55KG lighter, which will make a fair difference to handling and power to weight. 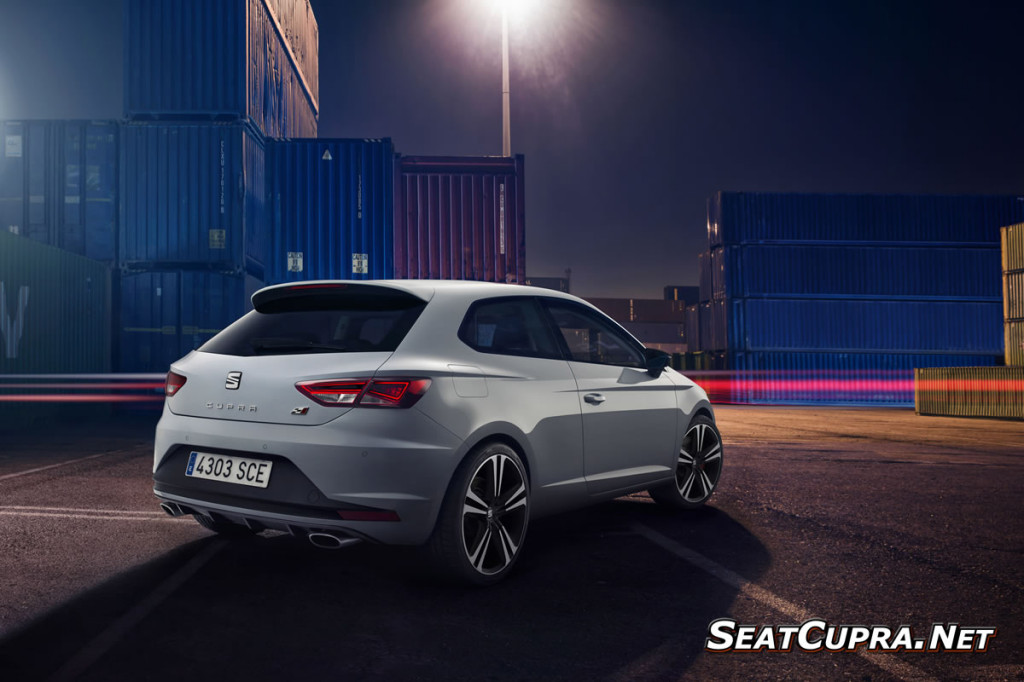 Torque comes in at 350 Nm maximum torque on both versions meaning the 0-60 is only 0.1 of a second between the standard Cupra and the 280 edition.  Of course 0-60 times are generally bragging rights and with a limited top speed of 155 the mid range pull on this car is going to be substantial for sure.

In the run up to the launch we have had lots of chatter in the media about the new Cupra being the fastest front wheel drive road car around the track. When you look at the spec it is not difficult to believe this to be true.

SEAT have launched a promo video below teasing the date 04/03/14. Presumably the date they will release the car’s speed round The Ring.

At a Barcelona media event in 2013 for the latest Leon we were lucky enough to speak to one of the engineers working on the Cupra who said “The car continues to surprise us” he said with true excitement on his face.  We knew from then it would be something special.

In case you missed it here is a video of the car in testing, including footage of the car on the famous Nurburgring in Germany.

So what about the competition?  Ford have had their cards on the table with the Focus ST for a while now. It certainly is a lot of car for the money but doesn’t have the Leon’s refinements.  For many it’s also a bit too “boy racer ish” an image SEAT have said they are trying to distance themselves from.

Then we have the Astra VXR, a good car by all accounts, expensive, brutal torque level and by the sounds of it slower than the Cupra, despite having a similar overall power output.

The VW Golf GTI, SEAT’s cousin, as often happens is overshadowed by the Cupra performance wise.  Cupra has always sat between the GTI and the R32/R models and VW don’t seem to mind.

We have included a comparison table below.

The shots of the car we have seen to date are the Cupra 280 which comes with the following specification as standard in the UK. 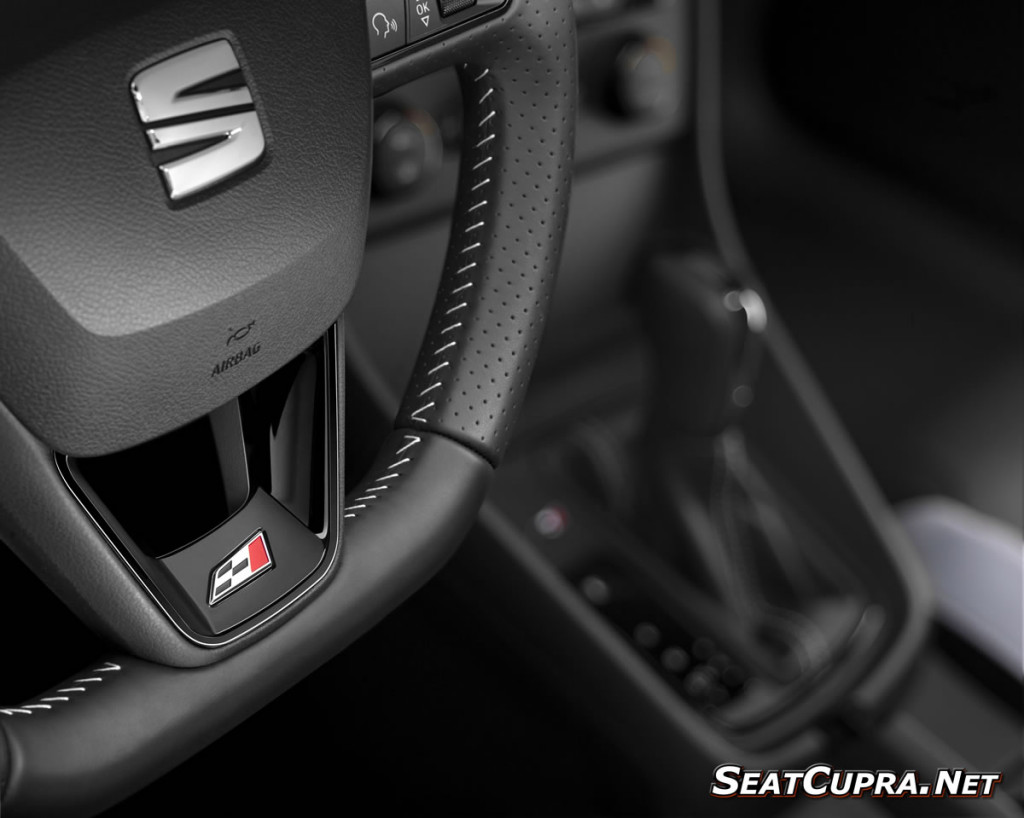 SEAT have produced a stormer of a car here and it has been worth the wait. The car is very competitive for what you get and a lot of kit is standard here for the UK.

We can’t wait to get our hands on one, but in the mean time, I’m off to place my order.