The CUPRA Team wins the 24 Hours of Barcelona, one of the most demanding racing challenges. 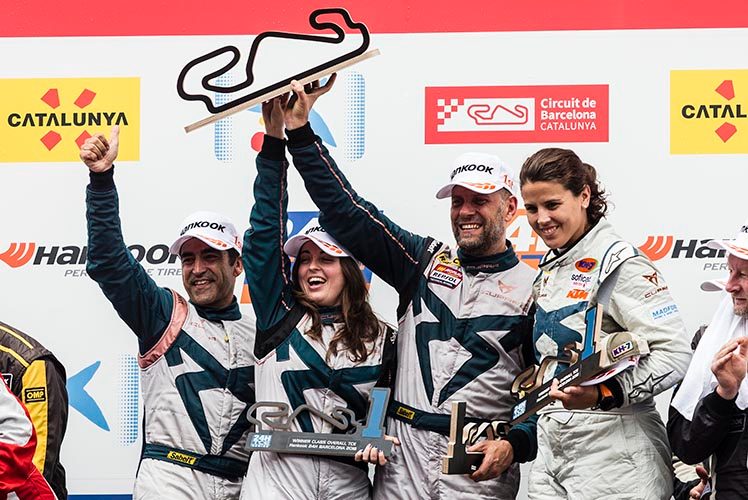 47 teams and 51 cars in different classes from all around the world registered to participate in the race, even including countries like Dubai, Australia and Russia.

For the first time, the CUPRA-Monlau team was made up of two male and two female drivers: Laia Sanz and Jordi Gene, both ambassadors of the brand, as well as Alba Cano and Francesc Gutiérrez; they were the four professional drivers with a successful track record in motorsport who took the CUPRA TCR to the highest position in the race and perfectly demonstrated the performance of CUPRA cars.

The qualifying round took place the day before the race, on Friday.  Jordi Gené set the fourth best time and took the CUPRA to the 4th starting position on the grid in the TCR class. As part of their tactic, the team decided to use a DSG gearbox, which is 1 second slower than a sequential one, but more reliable in endurance races. Another key was to push hard and try to create a gap in the first 10 hours. According to the rules, during the race each driver has to be on the track at least 2 out of the 24 hours. 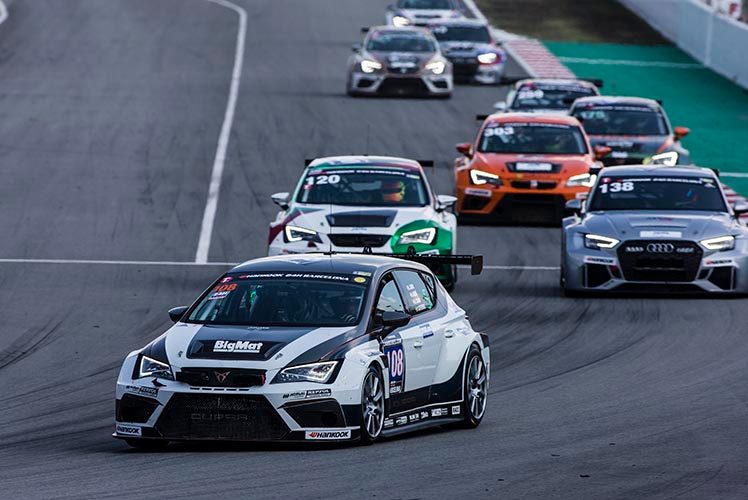 The race began at 12 am on Saturday and finished at 12 am the following day. Francesc Gutiérrez took the wheel first, followed by Jordi Gené, who later handed over to Alba Cano, with Laia Sanz opening the dusk session. They continued this relay sequence throughout the entire race. By midnight, the team tactics helped bring them to a comfortable stress level with a 5-lap lead, which they maintained until the end of the race. The CUPRA-Monlau successfully finished the 24 Hours of Barcelona endurance challenge without experiencing any technical problems.

CUPRA Racing director Jaime Puig was extremely satisfied with the team´s result: “We did a lot of hard work. The 24 Hours is a difficult challenge for all of us, but reaching the highest positions is the sweetest reward for everyone who put all their effort into it. Our team was technically, physically and mentally prepared for the endurance racing challenge. When you form a team with passionate and experienced people in motorsport, you can achieve the best result, just as we showed this weekend.” 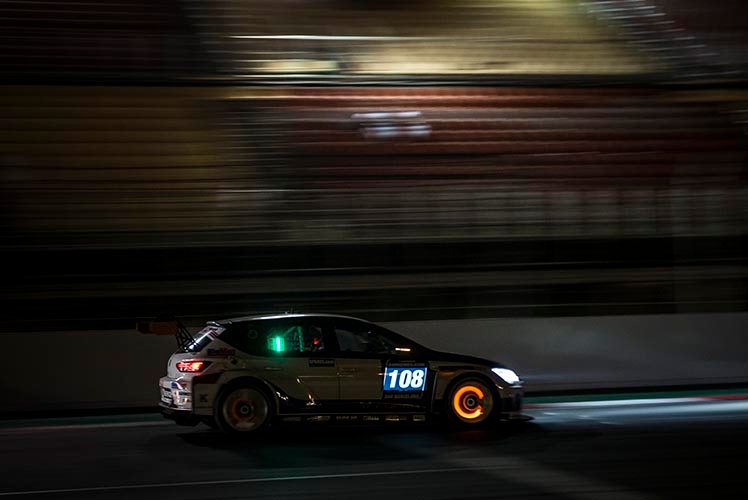 For Laia Sanz (eight-time Dakar finisher, winner of thirteen Trial and five Enduro World Championships and CUPRA ambassador) it was her first experience in a touring race car: Endurance racing is not only about driving a well-prepared car; it´s also a big challenge on yourself. A 24 hour race requires 100% of your attention at all times, even when you try to get some sleep between sessions, because changes could come at any second and you must be ready face them. My team supported me a lot, and thanks to them I did my best and I’m very happy to have finished the race on the first position”

Jordi Gené, ambassador of the CUPRA brand, said “It was an exciting race, as of course all endurance races are. It´s like a concentrated lifetime within the span of your own life. I´m very happy to live the experience every time and eagerly look forward to the next challenge.”