The SEAT Leon has made it three years of Auto Express New Car Awards honours, after driving away with 2015’s ‘Best Compact Family Car’ and, for its flagship CUPRA incarnation, ‘Best Hot Hatch’. Both titles have been retained for a second year, continuing a winning streak for its high-selling Leon that began with it being named Car of the Year in 2013.

Steve Fowler, Auto Express Editor-in-Chief, said: “This hat-trick of wins against such talented opposition is testament to the all-round qualities of the SEAT Leon. It’s a clear winner as far as family car buyers are concerned, offering great value, bags of space, generous kit and superb quality. It knocks spots off of its rivals when it comes to looks, too – it’s a seriously stylish car.”

He had equally warm praise for the Leon CUPRA’s winning qualities, too: “A hot hatch has to be many things, but fun is top of the agenda and the SEAT Leon CUPRA delivers that by the bucketload.

“It’s brilliant on road and surprisingly capable on track, yet when it comes to its sensible side it offers family-friendly space, reasonable running costs and the sort of tech and quality you’d expect from a supercar rather than a hot hatch.” 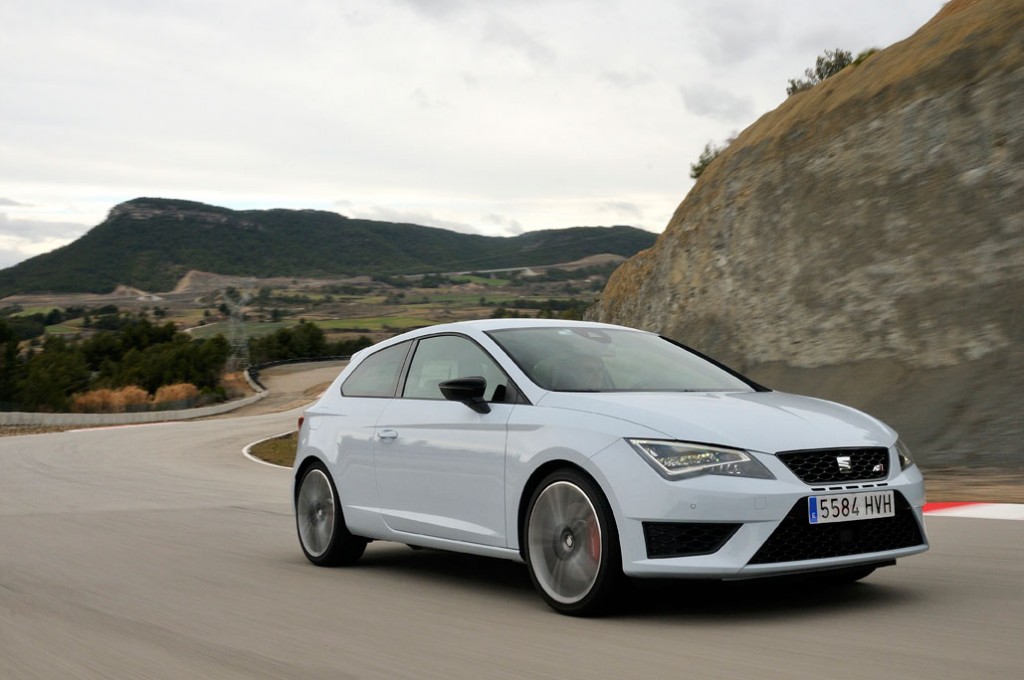 Jürgen Stackman, SEAT SA President and CEO, accepted one of the awards at the glitzy presentation ceremony in London last night. He was joined by Richard Harrison, SEAT UK Director, who said: “We’re delighted that in such a fiercely competitive market, Leon remains the benchmark for others to aspire to, witnessed now by three years of success in the Auto Express New Car Awards. We’ve started rolling out the successful Leon formula across other models in the range, including the upcoming New Ibiza, so I’m confident there’s a great chance we’ll be back on the podium next year.”