44 years ago, SEAT made a decision that would change its future forever. The company decided to create its own Technical Centre; this dream became a reality in 1975. The Technical Centre was conceived with the aim of ensuring the company’s progress, creating its own unique identity and style and constantly incorporating the most advanced technology into their models. 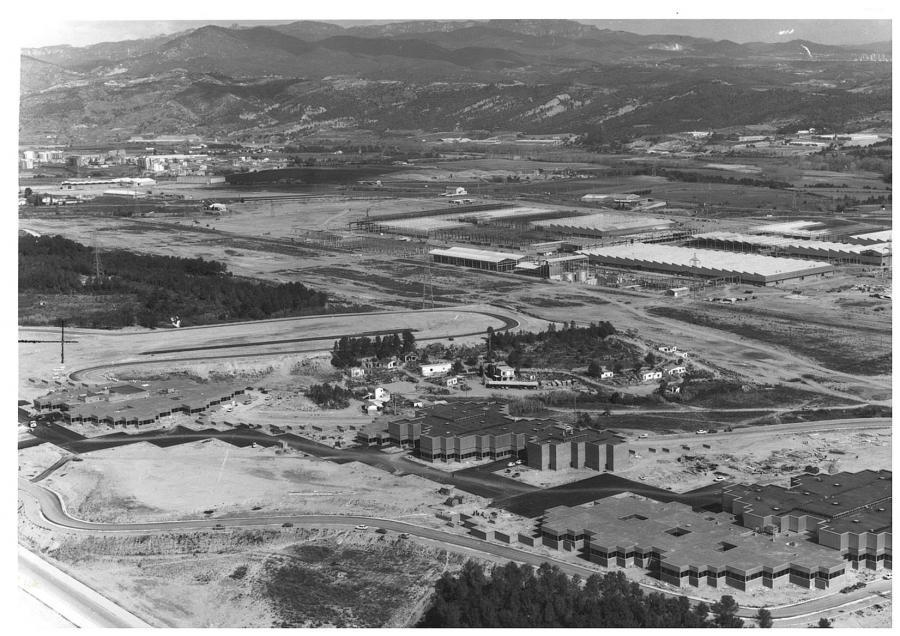 The facilities of the SEAT Technical Centre in the seventies

This year, the SEAT Technical Centre (CTS) celebrates its 40th Anniversary. The centre marked a “before and after” for the company and for the automotive industry in Spain as a whole. Since the beginning, the CTS has shaped SEAT’s DNA and has become the driving force of the company, which is currently the largest investor in R&D in Spain. The company has invested 1.4 billion euros in this area over the last five years.

40 years of Research and Development

The CTS started working in 1975 in a 130.000 m2 area with a workforce of 211 employees. Today the CTS is located in a 200,000 m2 area and has more than 900 engineers and technicians, and will reach around 1,000 by the end of this year. Throughout its 40 year history the CTS has been constantly growing and evolving. It has not just expanded its facilities, but the workforce has also quadrupled and other significant centres and buildings have sprung up in the surrounding area. The most important of these is the Martorell factory, inaugurated in 1993, which is currently one of Europe’s most modern and sustainable factories, producing 2,100 units daily (443.000 in 2014). SEAT sells its cars in 75 countries. 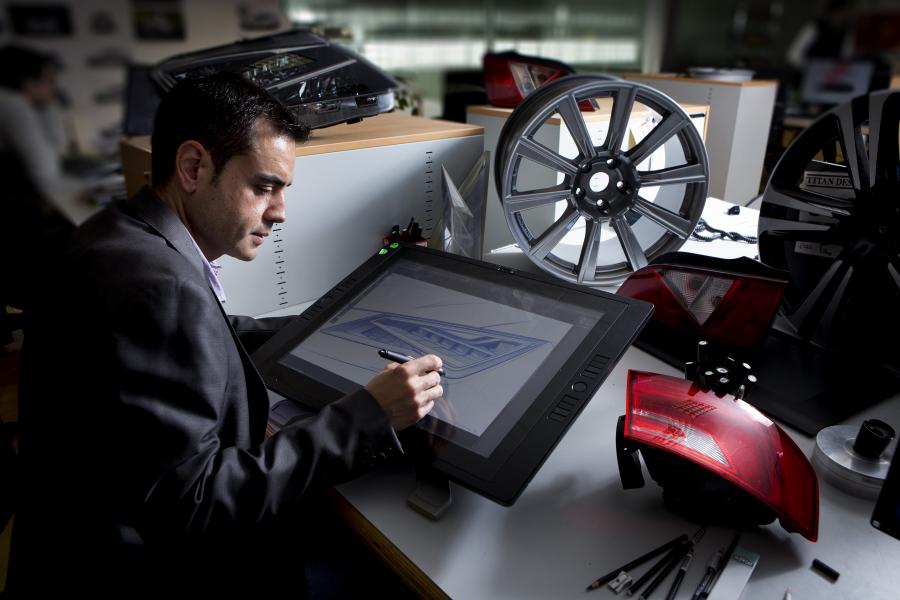 The development of a model starts with the design process

The CTS is responsible for creating the company’s most iconic vehicles such as the Leon, Ibiza, Toledo, Alhambra, Malaga, Marbella, Cordoba, Altea and Arosa, among others. Thanks to the CTS, all of these models follow a common development process that gives them specific character and forms, all characteristic of SEAT. 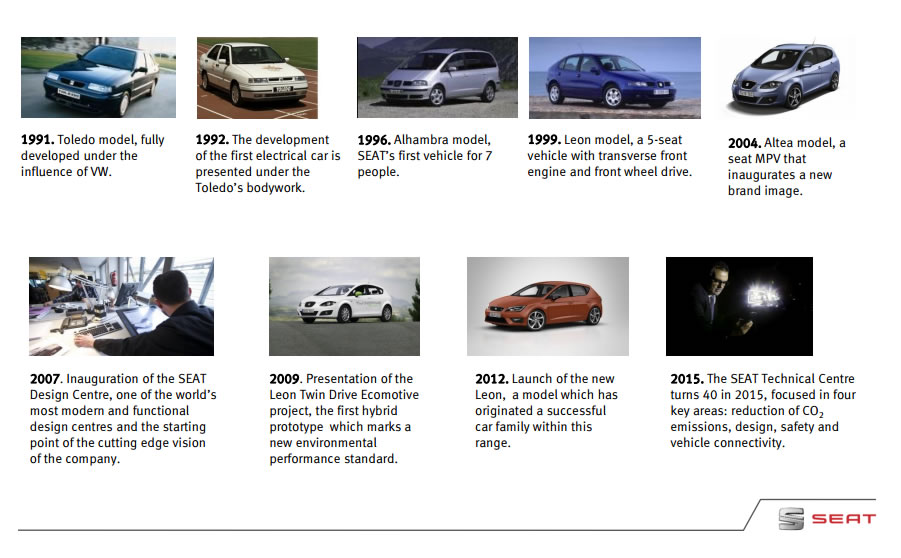 As well as their work on vehicles and concept cars, the CTS has also developed and implemented the most advanced technologies, environmentally friendly Ecomotive motors and in-car connectivity systems. 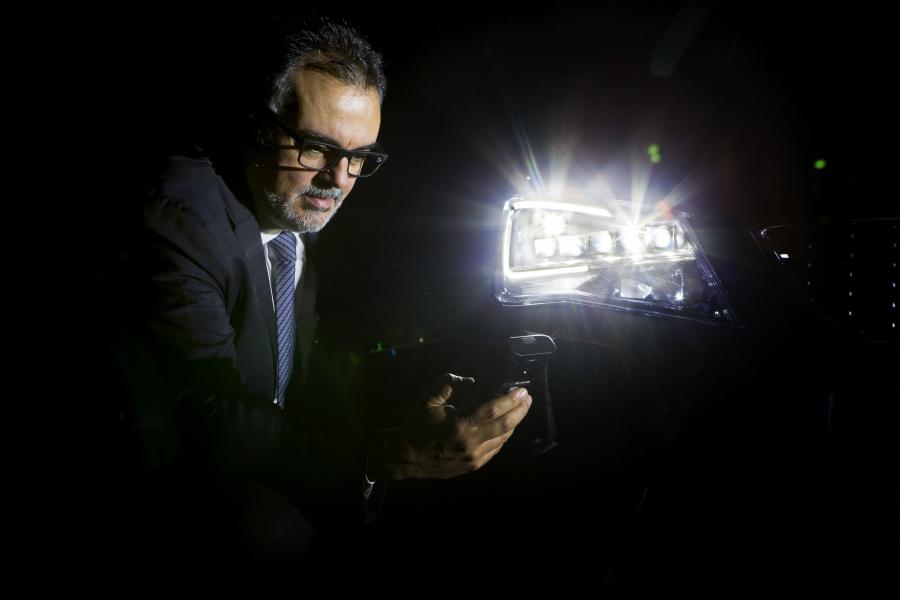 Unique with the full-range capacity to develop vehicles

Thanks to its Technical Centre, SEAT is the only company in Spain’s automotive sector that designs, develops, manufactures and markets its own cars, as well as participating in some other Volkswagen Group projects. 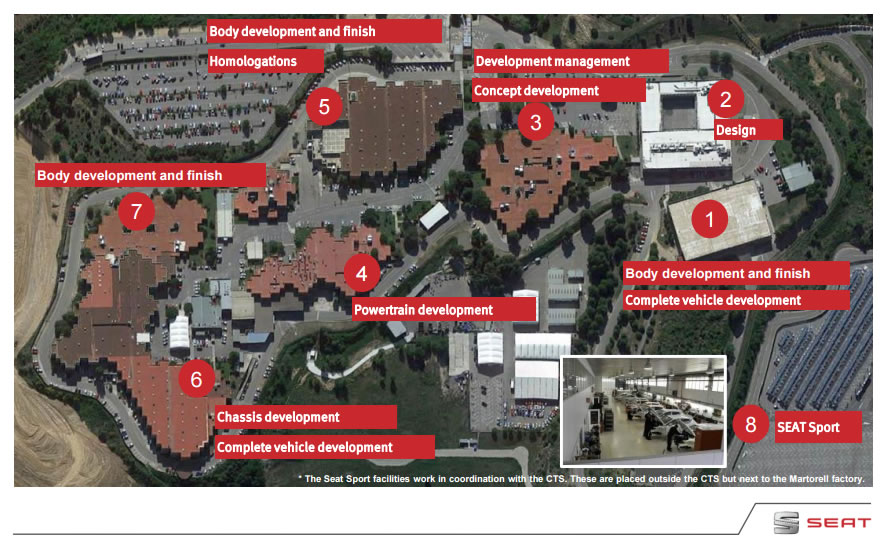 The development of a model starts with the Design Process phase in the SEAT Design Centre. Once the product to be developed is defined, the designers start the creative work. In this stage their inspiration and creativity prevail over other aspects and they look for the balance between technology, design, creativity and functionality. Design is one of SEAT’s strongest points, and it always focuses on the drivers’ needs. Thanks to the creation of the SEAT Design Centre in 2007, one of the world’s most modern and functional centres, design has become the seal of identity for the brand’s new models. 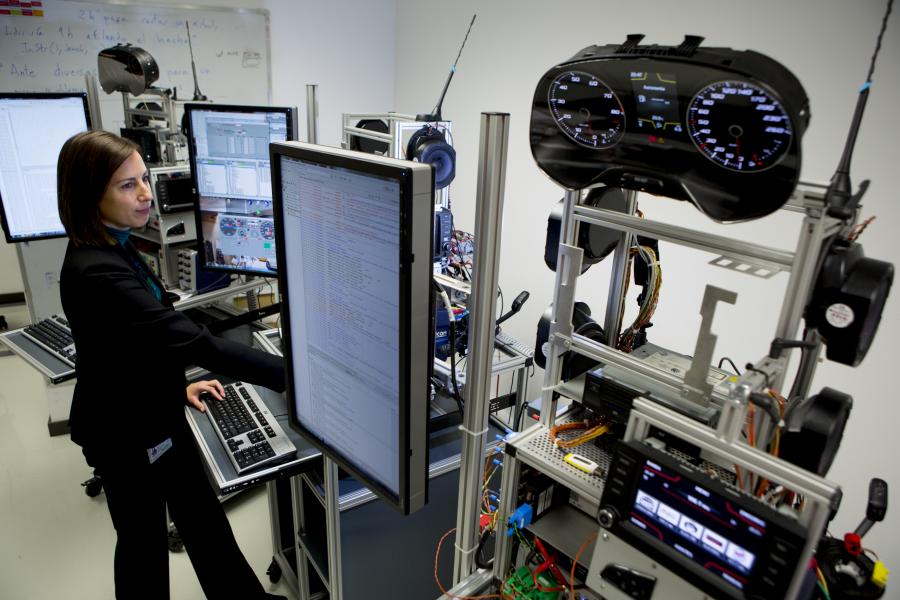 In parallel to this phase, the technical department analyses the designers’ work, refine the body and the interior; they check the ergonomics and the technical feasibility and they establish the future applicability of the project. Once the model’s development is defined, architectural coherence is analysed. In this phase, the aerodynamics, rigidity and the effectiveness of the chassis are also studied, as well as the cooling and air conditioning, among other things.

Before turning the virtual model into a physical one, the CTS uses virtual reality, augmented reality and assembly (Digital Mockup or DMU) tools. The Digital Mockup is a key element in the development of the brand’s vehicles as it allows testing via simulation in order to optimize the model. Using DMU technology, the CTS carries out the first static and dynamic behaviour simulations, both for individual components and the complete model, and submits these to virtual crash-tests and other safety tests. 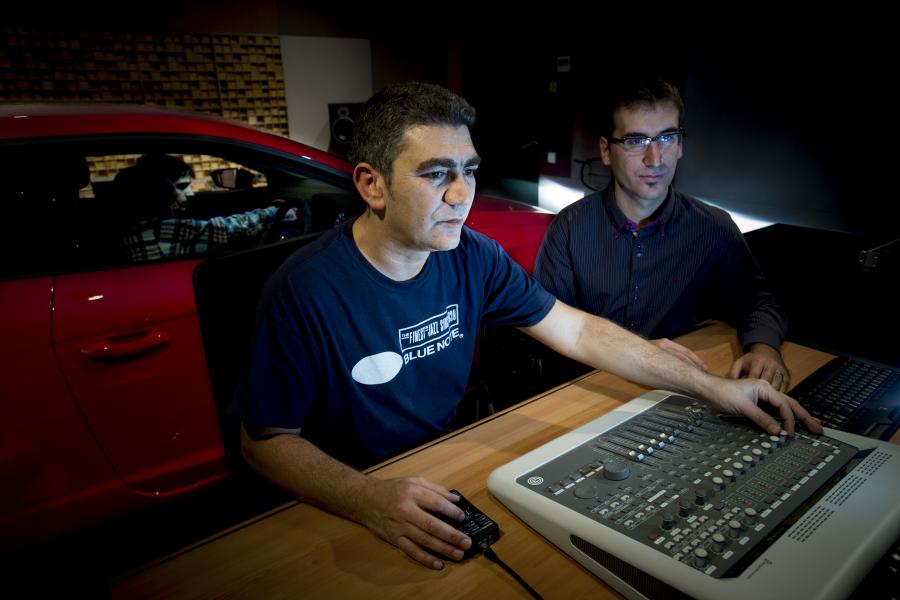 Finally, before mass-producing and commercialising the vehicle, the CTS ensures the viability of the project in the validation phase. In this stage, they carry out an exhaustive and meticulous process, based on testing and experimenting with the vehicle.

A look into the future

Today the CTS is a “knowledge hub”, a place where the future of the vehicle is defined and the challenges of the automotive industry are tackled. The CTS works to anticipate sector trends through pioneering development processes. Its activity is focused on creating advanced vehicles, but also on developing technologies for smarter, better designed, fully connected vehicles which are even more environmentally responsible.

SEAT is already developing and applying the most advanced technologies in order to innovate in the four key aspects of the automotive industry: reduction of CO2 emissions, a more innovative, functional and efficient design, vehicle connectivity and the extension of active and passive safety measures or even autonomous driving. 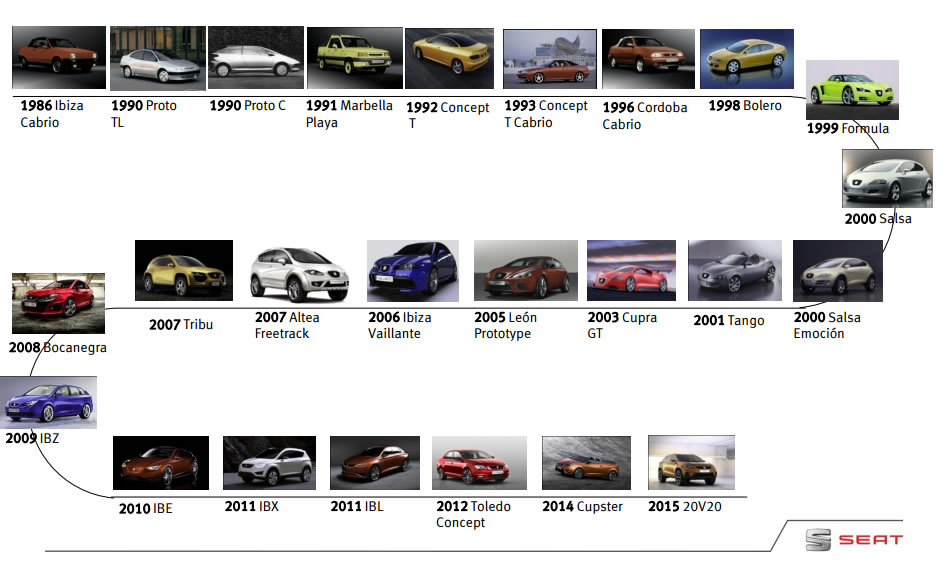 Regarding CO2 emissions, for example, SEAT has already reduced average emissions by 21% in the last eight years. This Builder reduction has been achieved thanks to engine optimization, the introduction of Start/Stop Systems, improvements in aerodynamics and lightweight construction. Thus, 66% of the cars sold by SEAT in Europe have emissions under 120g/km. The company has already invested in alternative powertrain systems such as Compressed Natural Gas, and commercialises the Leon TGI and the Mii Ecofuel, as is already well prepared to promote electrical vehicles.

Regarding safety, the Technical Centre has been developing improvements over the last few years to optimize the active and passive safety features, and it already incorporates advanced driving assistance systems, and adaptive cruise control technologies. 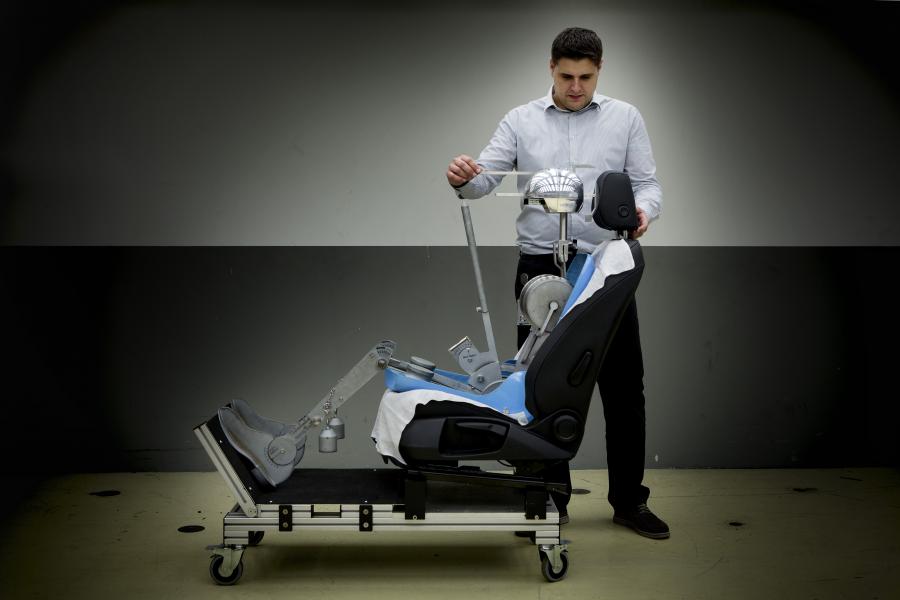 Seats are designed to ensure safety as well as provide comfort

The CTS constantly works to incorporate innovations into its models. Advances such as connectivity with mobile devices, integration of apps in the car’s infotainment system, the Car-2-Car connection system and smartphone control of vehicle functions are, and will be, common aspects of the brand’s models in the coming years. These innovations are going to facilitate mobility around the city and will encourage more efficient interaction with the car.

This SEAT’s “look into the future” has its key example in the Leon, a model that is achieving excellent results in comparative tests and marked a turning point in the history of SEAT. Therefore, the company is in a brand’s “Leonizing” process, which means incorporating the “formula Leon” values to every new vehicle: design, functionality, highest quality, accesibility, reliability and unique technological innovations.

The driving force in R&D in Spain

SEAT is one of the main pillars of the Spanish industry and the main company in the automotive sector, which currently represents 10% of Spanish GDP. SEAT represents around 1% of Spanish GDP and 4% of Catalan GDP. In fact, many small and medium companies depend on SEAT’s production, which directly or indirectly, employs around 70,000 people.

The facilities of the SEAT Technical Centre nowadays

Over these past 40 years, SEAT has become the main industrial driver at both the local and national level, and today acts as a motor for technological development between companies, institutions, universities and suppliers of the company.