This guide is for MK3 owners who want to fit a MK1 Leon Cupra R splitter.  This guide was done on my CUPRA but it should apply to FRs as well. The splitter should fit other MK3 Leons, but I can’t confirm you will get exactly the same fit as the bumper is different.

Ideally this is a two person job, but I managed it on my own, although it would have been much easier with someone to hold the splitter whilst I attached it.

Also handle the splitter carefully. It marks easily as I found out with the handle of the hacksaw.

1. Get your parts ready.  Some people have jacked up the car for this, but I managed it without needing to. 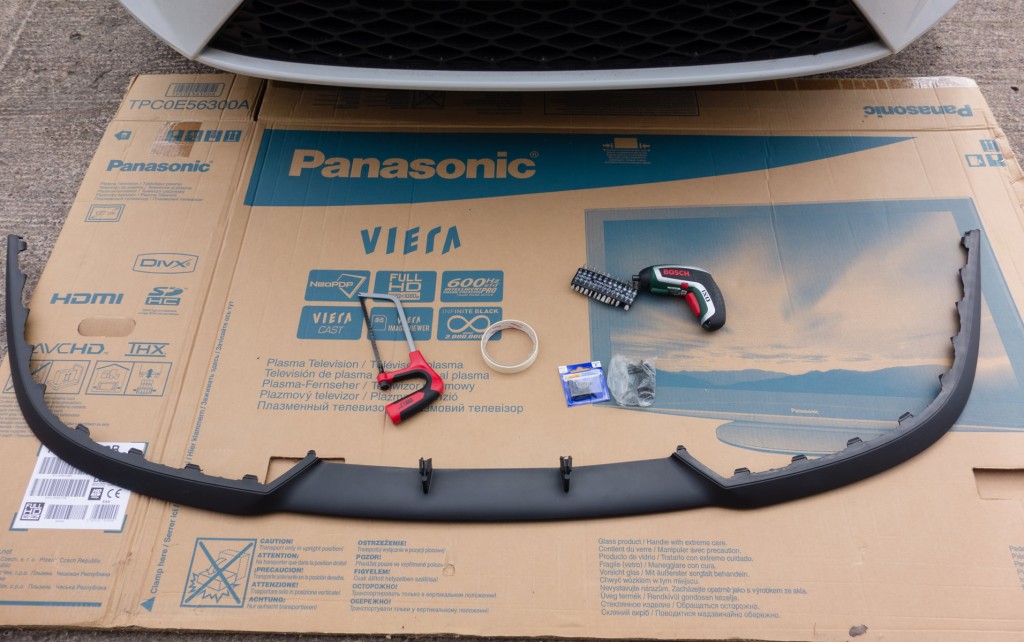 2. You need to trim down two centre vertical struts so they don’t push against the bumper.  Otherwise it will push the splitter down and look terrible (and you won’t be able to fit it on very easily either).

I did this by guessing, as it was difficult to measure and hold things in place. In the end I did it lower than I needed to and they don’t touch the bumper at all.  This isn’t an issue as you can’t really see them anyway.  If you had more patience and skills you could probably get them trimmed flush and at the correct angle if you wanted to.

You’ll also want to sand them down afterwards ideally. 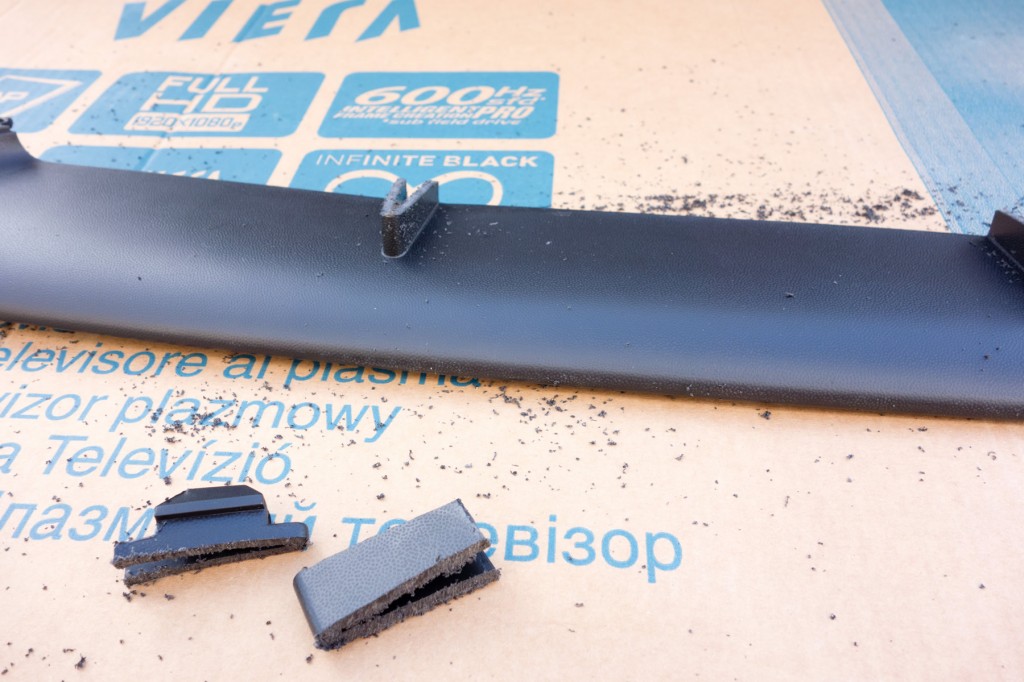 3. Pre- drill the holes where the screws will be going in. This makes it much easier to fit them from underneath. 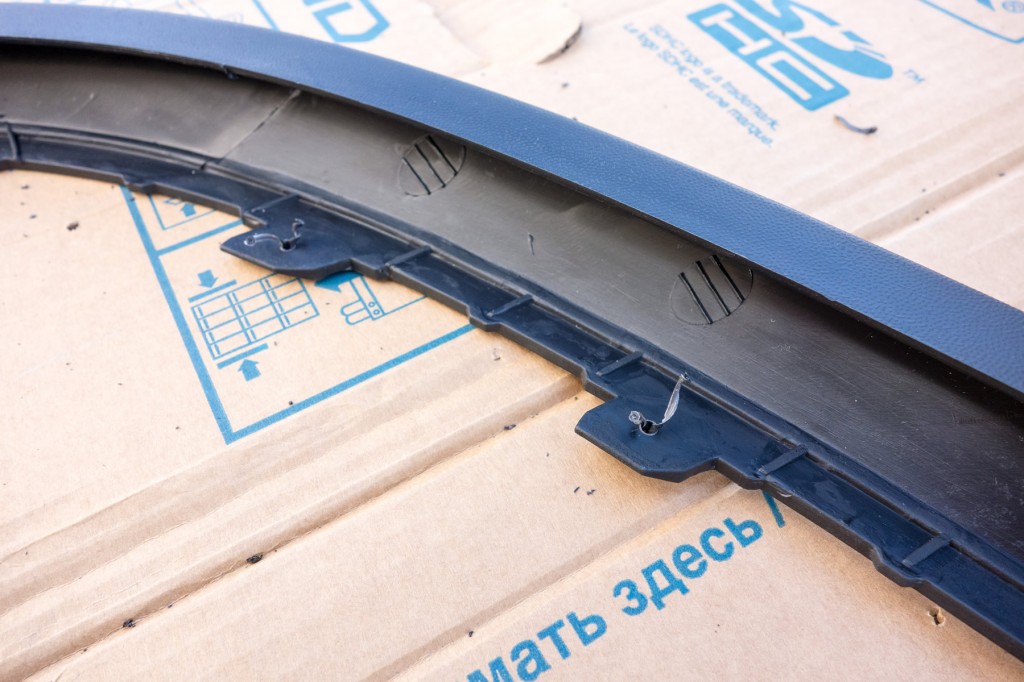 4. Once you have the splitter prepared, line up the middle of the car with the vertical struts you have trimmed down.  I found two honeycomb holes in the grill that helped me to line it up by eye.  I put some masking tape in the middle to help as well. 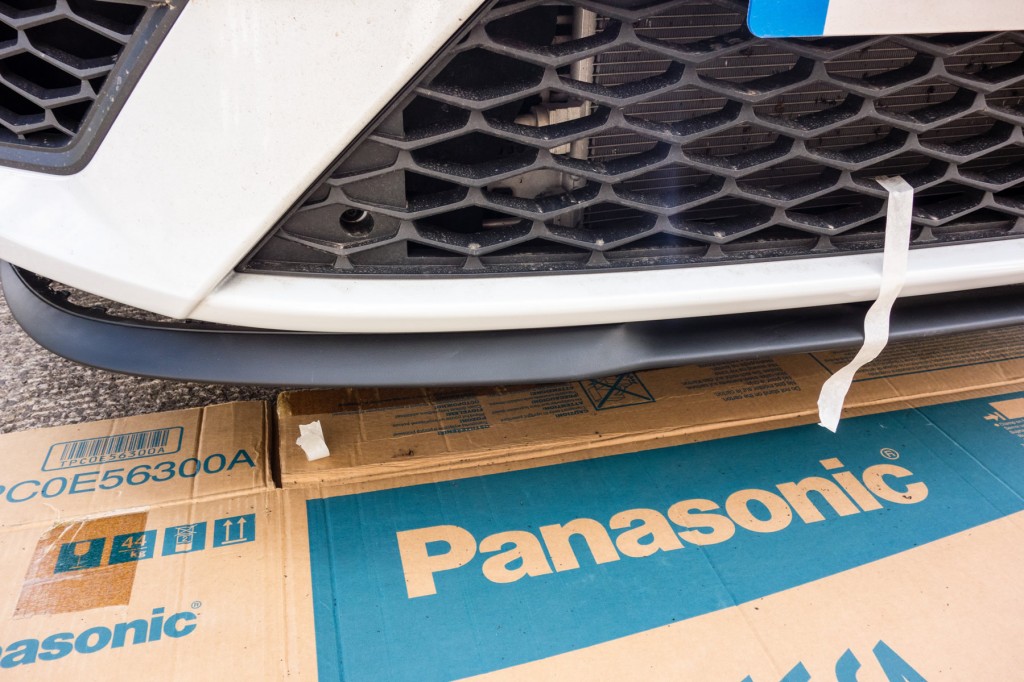 5. Attaching the bumper in roughly the right place was tricky on my own, but the masking tape just helped hold it loosely as a guide.  What I wanted to do was get one screw in the right place and then work from there. 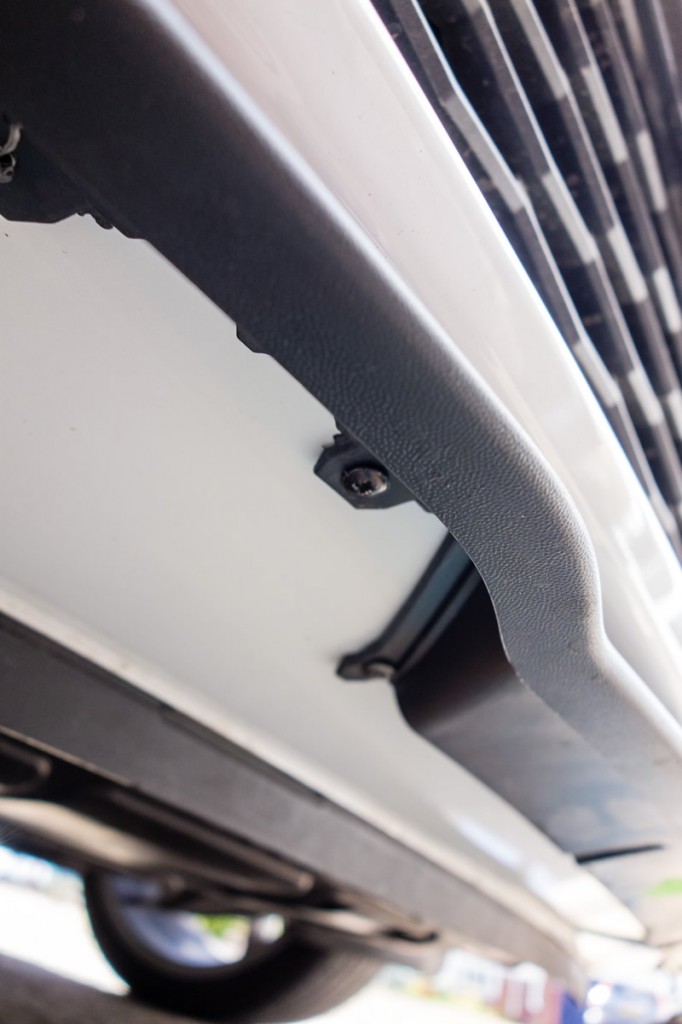 7. Other people who have done this have had to cut the small end pieces to get them to fit. I managed to get them to hook in just next to the small mini flaps that sit in front of the wheel arch. 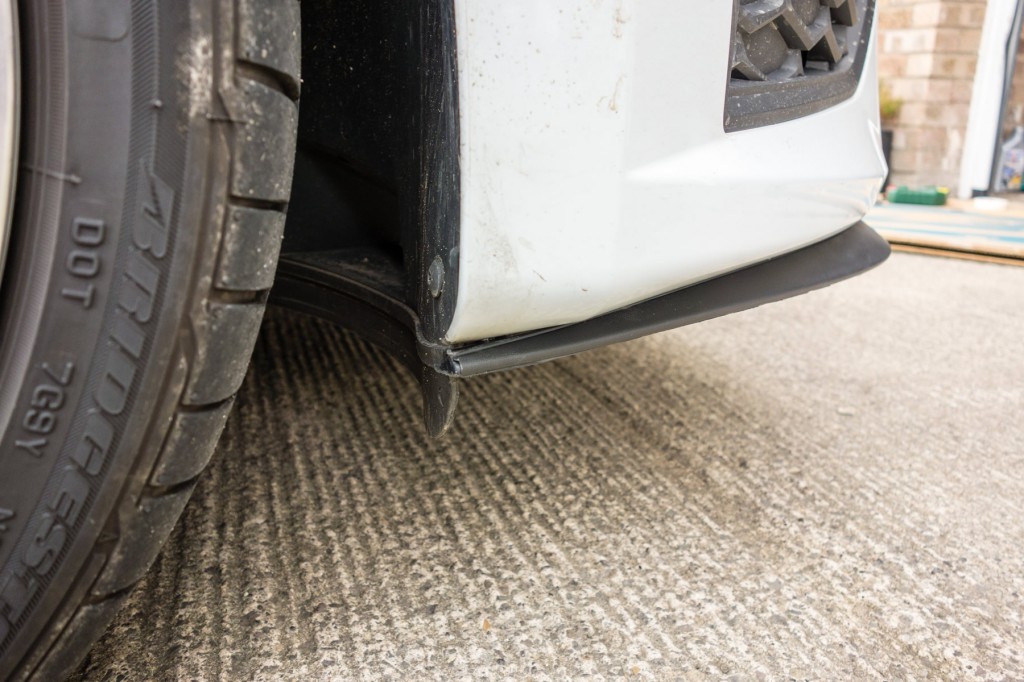 8. As you have worked round both sides just double check all the screws are in tight enough. 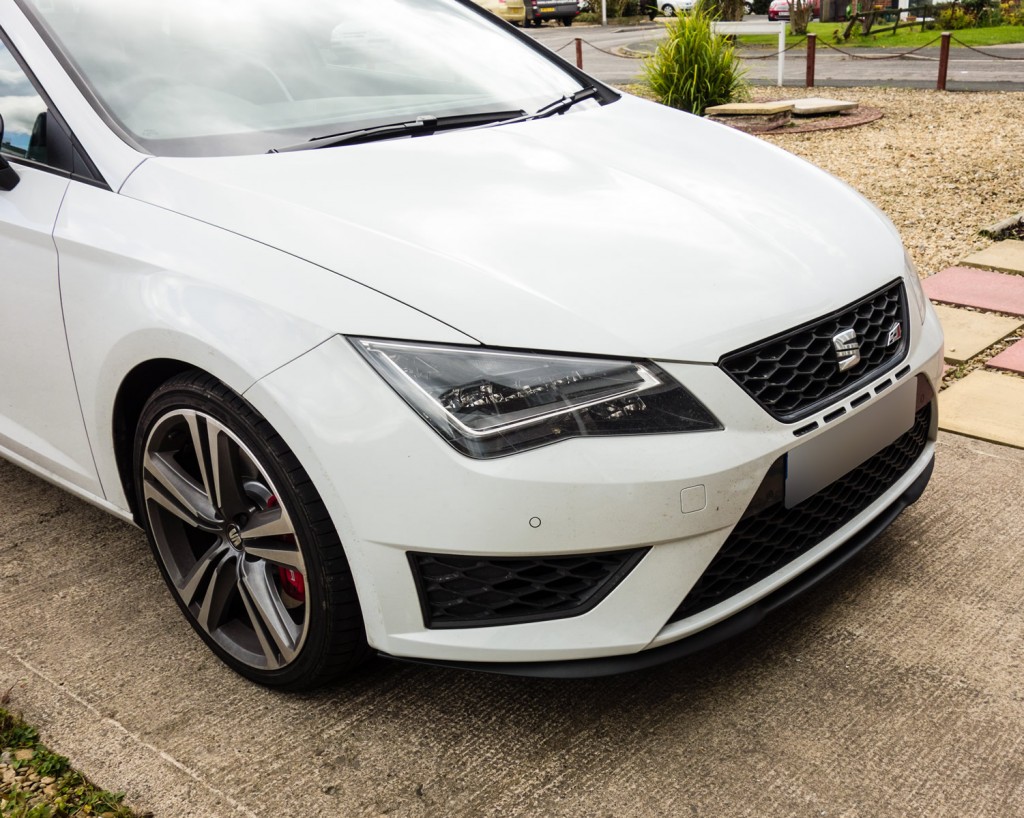 9. Step back and admire your work.  Probably best go for a drive to make sure it doesn’t fall off. 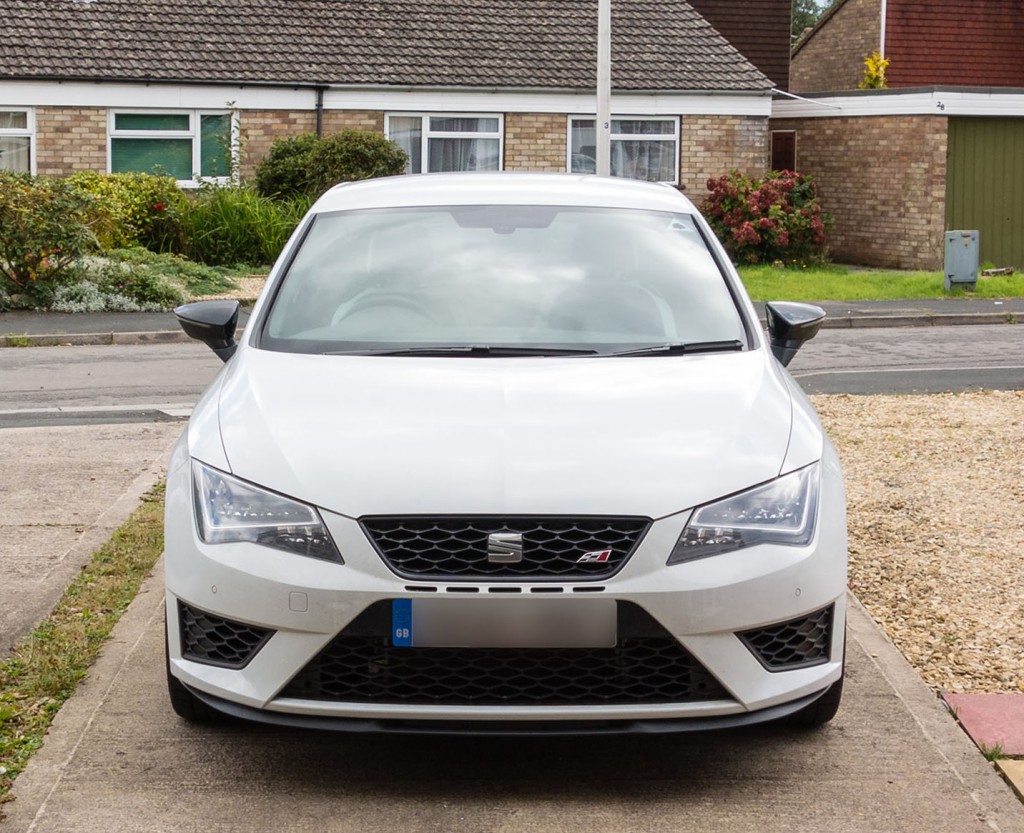 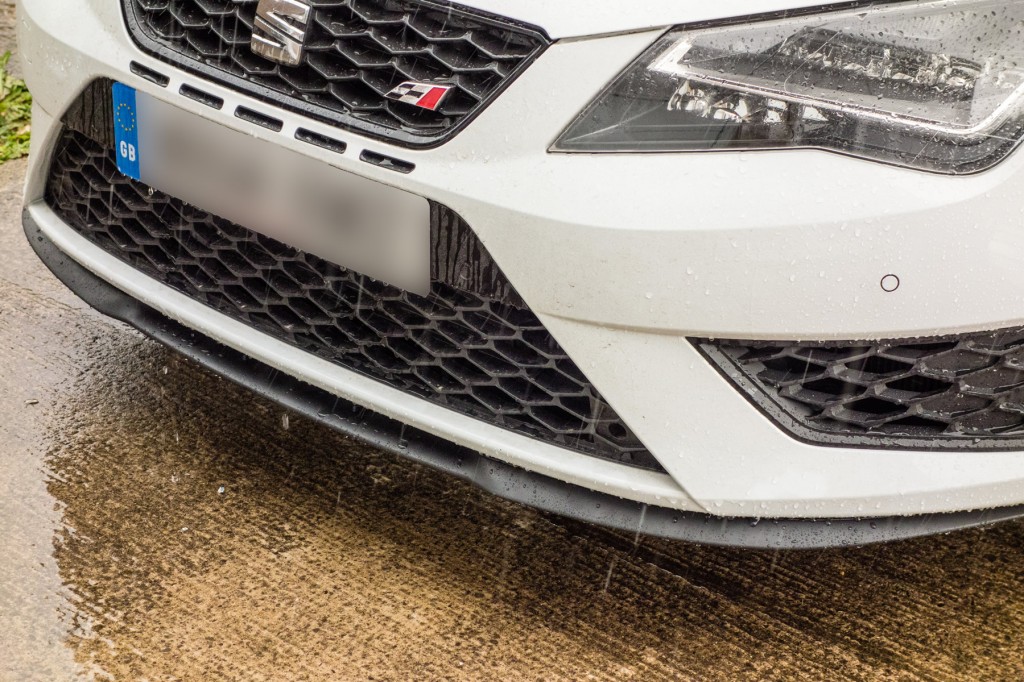 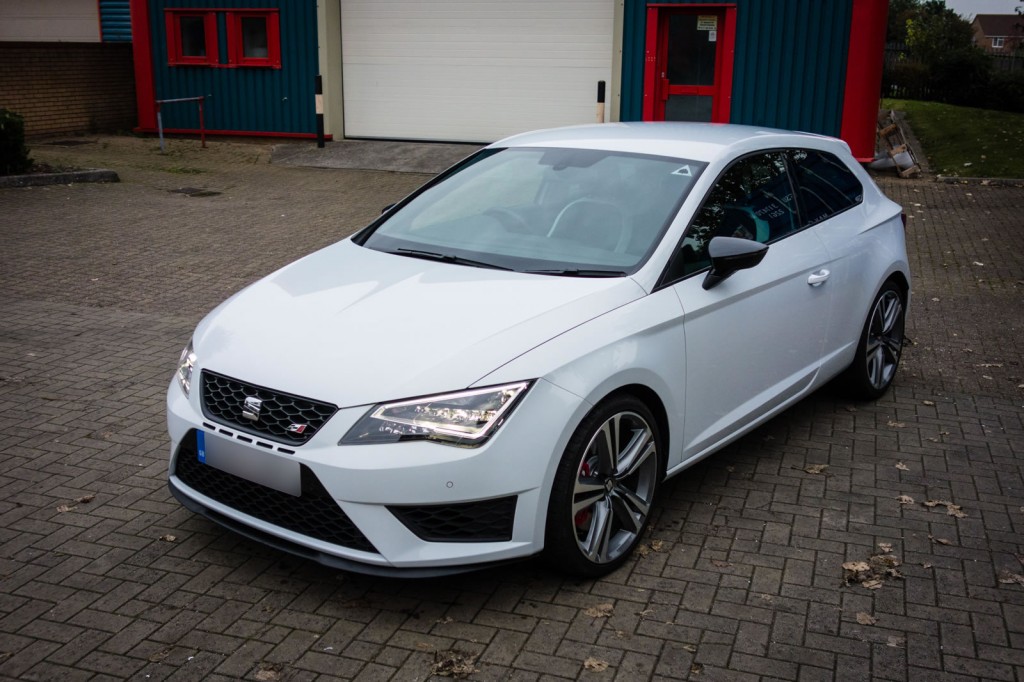