Following two exciting race weekends in Germany and Austria, the SEAT Leon Eurocup heads to Silverstone, UK, on 18-20 July 2014 for rounds five and six of the 2014 season, with two new drivers set to join the hotly-contested series. 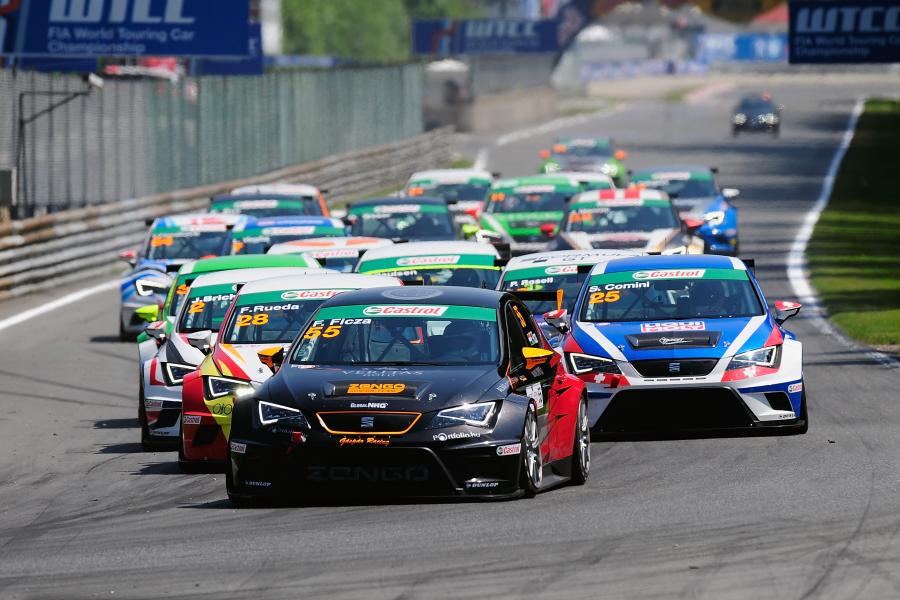 Norway’s Stian Paulsen leads the Drivers’ Standings having secured two wins and a third-place finish so far to claim 27 points. Just six points behind is Target Competition’s Stefano Comini, followed by JSB Competition’s Julien Briché, who is running in third on 17 points. During a solid performance at the Salzburgring last time out, Pol Rosell rewarded his team Baporo Motorsport with its first pole position and win of the season, elevating him from tenth to fourth in the standings. The third SEAT Leon Eurocup race weekend welcomes two new drivers to the series. After celebrating his 16th birthday last month, Hungarian Norbert Tóth is now old enough to compete and will be behind the wheel of the Gaspar Racing SEAT Leon Cup Racer. Meanwhile, at Pujolar Racing Spaniard Antonio Martínez will replace Thomas Fjordbach in the #54 car. Having been transformed from a World War II airfield into a race track for the first RAC International Grand Prix in 1948, the 5.891 km Silverstone Circuit is steeped in history and is one of the most prestigious tracks on the 2014 calendar. Each entrant will contest on the fast and demanding circuit in SEAT Leon Cup Racers. Derived from the production Leon, the front-wheel drive cars feature two-litre turbocharged engines to deliver 330 hp that will power the drivers through high-speed corners, such as the tricky complex of Maggotts, Becketts and Chapel. Jaime Puig, Head of SEAT Sport, said: “Silverstone marks the half-way point in the 2014 season and we’ve already seen some fantastic racing, but there’s more to come! To compete at such a legendary circuit as Silverstone is on the ‘to do’ list for most drivers and we’re excited to take the series to UK in our first season.  We also welcome two new drivers to the SEAT Leon Eurocup family from Silverstone onwards: Norbert Tóth and Antonio Martínez. The countdown to even more close on-track action has definitely begun!”For more information about the SEAT Leon Eurocup, visit www.seat-sport.com/eurocup