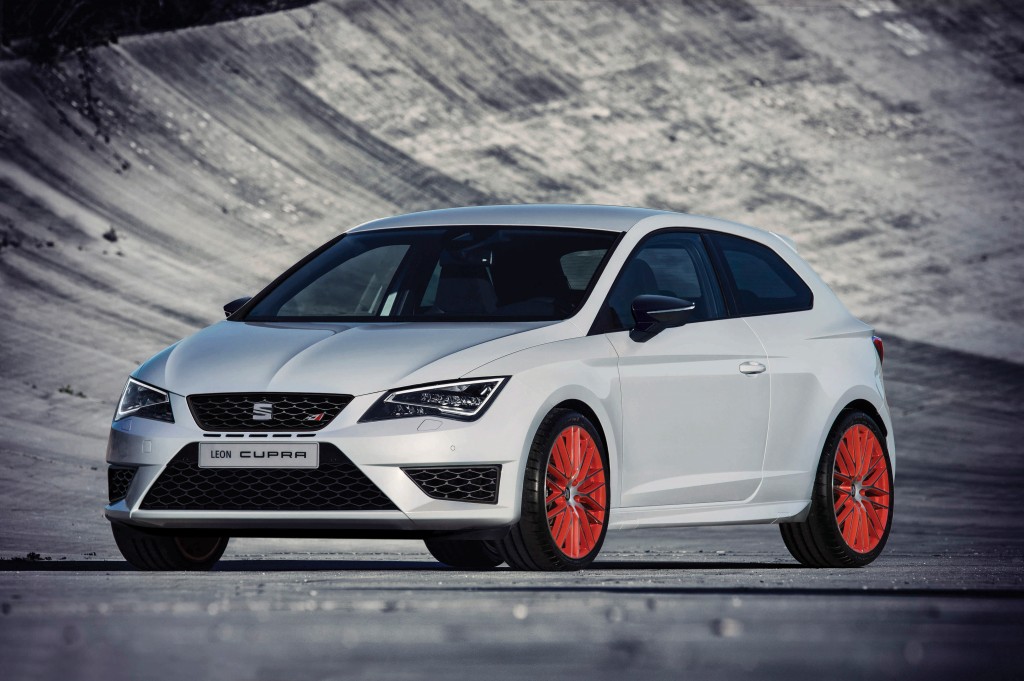 Fresh from its UK debut at the Goodwood Festival of Speed, SEAT has confirmed the price of the ‘Sub8 Performance Pack’ for its Leon CUPRA 280 flagship.

Fitted to the storming Leon CUPRA 280 which became the first front-wheel-drive car to dip under the elusive eight-minute Nürburgring Nordschleife lap time, the optional pack includes even more substantial brakes, specially-designed 19-inch alloy wheels in either black or orange and body-coloured side skirts. For £2,025 including VAT.

Providing stopping power in keeping with the car’s potency, the brake discs, at 370mm, are 30mm larger than on the standard car and include Brembo four piston callipers.

Striking, with a high-quality interior and impressive levels of equipment, the Leon CUPRA 280 is effectively two cars in one. One minute, it’s a docile, easy to live with coupé (SC), or practical five-door family car, capable of up to 44.1 mpg. The next, in CUPRA mode, it becomes a force to be reckoned with, hitting 62 mph from rest in just 5.7 seconds (DSG version).

Launch of CUPRA Black-Line and White-Line

As well as the eagerly-awaited Sub8 Performance Pack, SEAT also debuted its new CUPRA colour exterior packs at the Goodwood Festival of Speed. 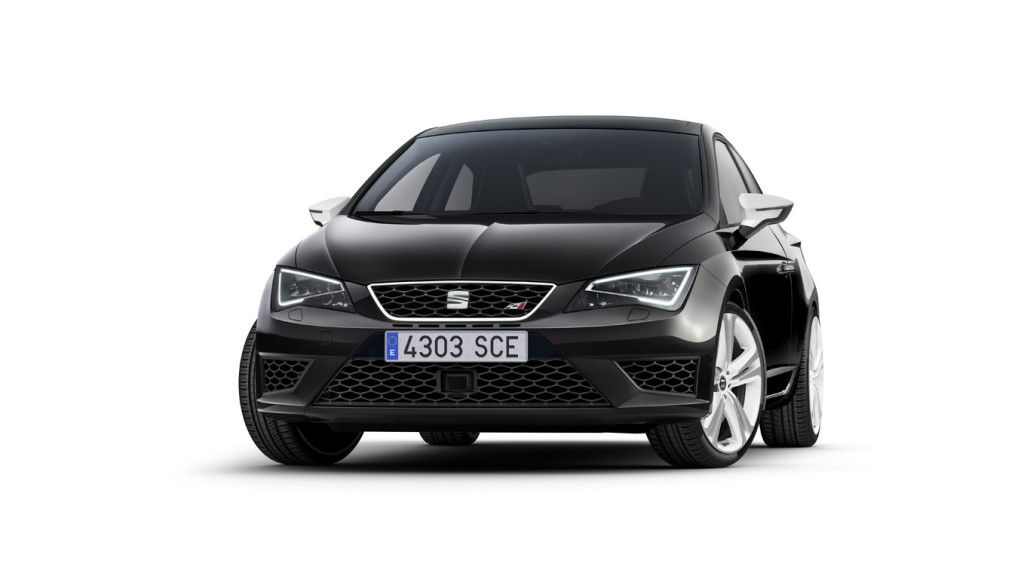 Designed to add an extra dose of Latin flair to the already eye-catching lines of its Leon flagship, two shades will be available initially, labelled Black-Line and White-Line.

Costing £500 including VAT, the embellishments are available to order now, and include CUPRA 19-inch alloy wheels, door mirrors, CUPRA tailgate lettering and front grille surround all picked out in either hue, according to the chosen pack. Black rear side spoilers also feature, regardless of the pack colour. A further pack, Orange-Line, launches in SEAT dealers in December. 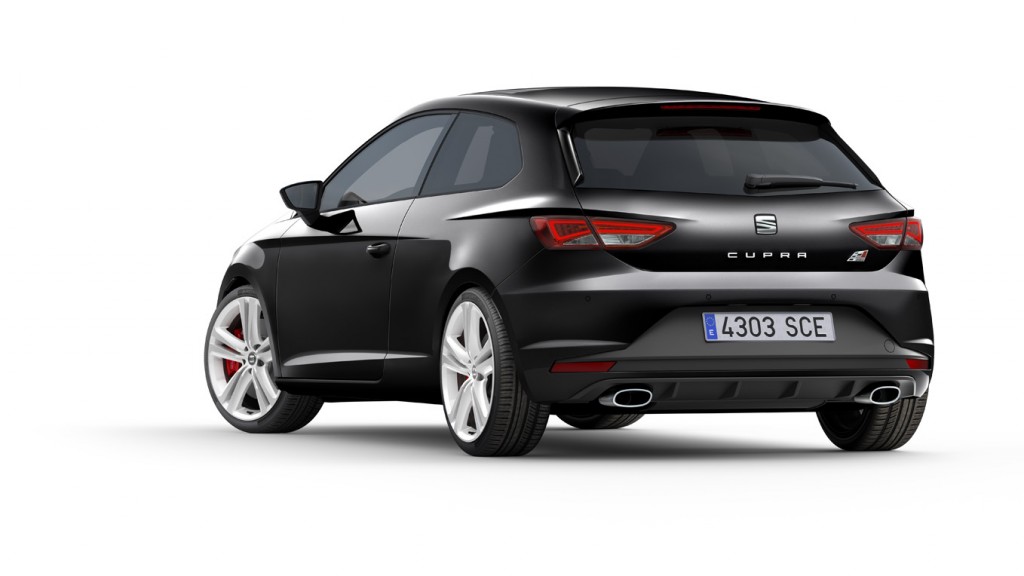 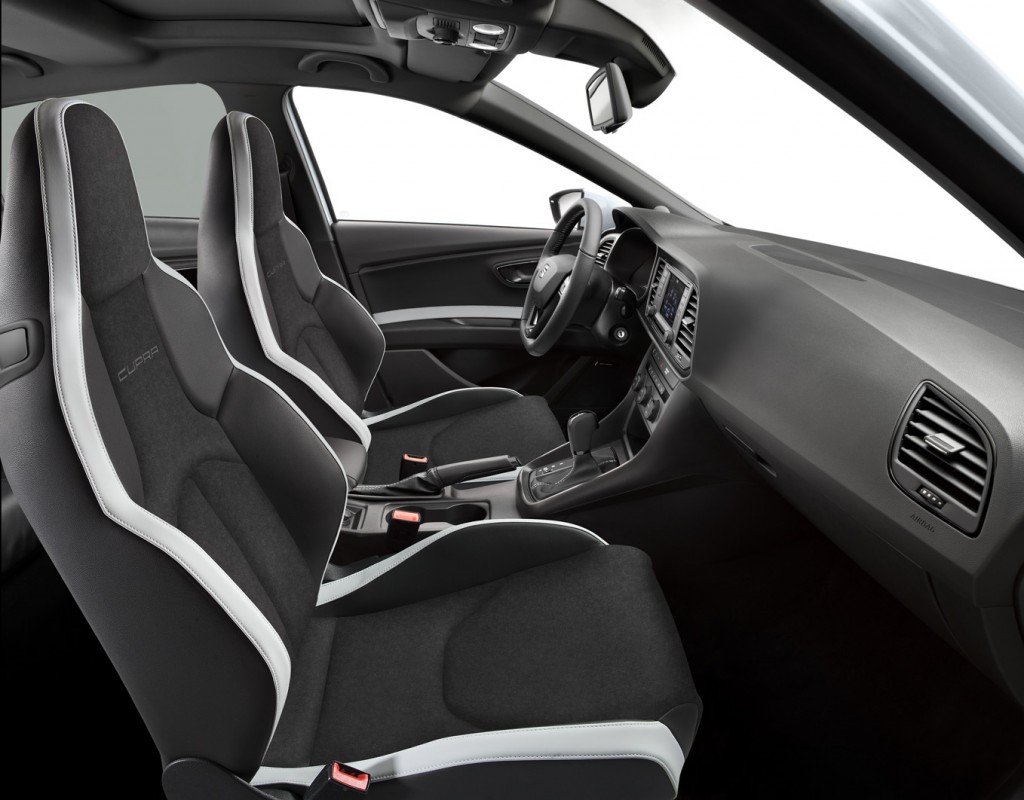 You can find our more about the Cupra with our SEAT Leon CUPRA UK road test and our first drive feature.