SEAT Ibiza Cupra 1.8TSI – it’s back, with a manual gearbox and added technology, but is it better?

The Ibiza Cupra is 20 next year, which for some of us is quite an achievement who remember when they were launched, when the wide arched F2 Rally specials were run in the British Rally Championship and the ‘Super Six’ Championship.

Back in 1996, the Cupra had a 2.0 8v and 2.0 16v normally aspirated with 115bhp & 150bhp respectively. The ‘tech’ was as much as ABS with some shocking EDL (Electronic Diff Lock) which only worked at a decent steering angle and below 15mph. I’ve had both (well, the 16v was in the Cordoba, but we’ll ignore that) from the 1997/8 models. Cracking cars at the time, and reasonably priced compared to the VW Golf MkIII GTI at the time.

In 2000, we had the facelift (which we call the Mk3 in the UK) which was a beatified Mk2 with the legendary 1.8T with 156bhp. Much the same lack of bits inside on what was now a very old platform, based on the Mk2 Golf from the 80’s. However, since ‘everyone’ remapped them to over 200bhp and almost universally owners modified the suspension and rear track to make it more stable at high speed SEAT were well and truly on the hot hatch map…. I can still remember hitting the M5 in an RSD’210’ Ibiza just outside of Taunton and giggling to myself as it gathered pace. A couple of years on, and one resided on the driveway (modified with Revo code, and wider wheels & tyres). I still miss that car (Y146OPV if you own it)!

Fast forward to 2005, and SEAT finally dumped the old platform and gave us the Mk4. A bigger, more controversial designed Ibiza came with a 1.8T with 180bhp, and a 1.9TDi with 160bhp. Welcome to economical hot hatchland! With bigger more suitable brakes it still suffered with wobbly tall suspension. As is the way, most were slammed on coilovers and had their engine remapped. Mine was.

New decade, new Cupra. The Mk5 Cupra was launched in 2010 and I bought one without seeing one in the flesh. It had a 1.4TSI with a Turbo AND Supercharger, DSG Gearbox with paddle shifters, phone integration and actually handled alright. However as much fun as it was, the engine was thirsty on oil consumption and the gearbox threw wobblies. Add into it – it had very ‘sporty’ suspension which meant the proverbial filling were shaken out.

What did all the previous versions have in common though? They were fun. Seriously good fun. They also could show 90% of the cars on the road a clean pair of heels, and when you were in the mood to get to your destination at a more leisurely pace returned decent economy (up to 48mpg at motorway pace in the Mk5!).

Well, it’s lighter by 7kg where it counts most (over the front axle) thanks to the more conventional drivetrain. It’s got more power (the most of any Ibiza) with 192ps (189bhp) and by far and away the most ‘grown up’ interior and gadgets. 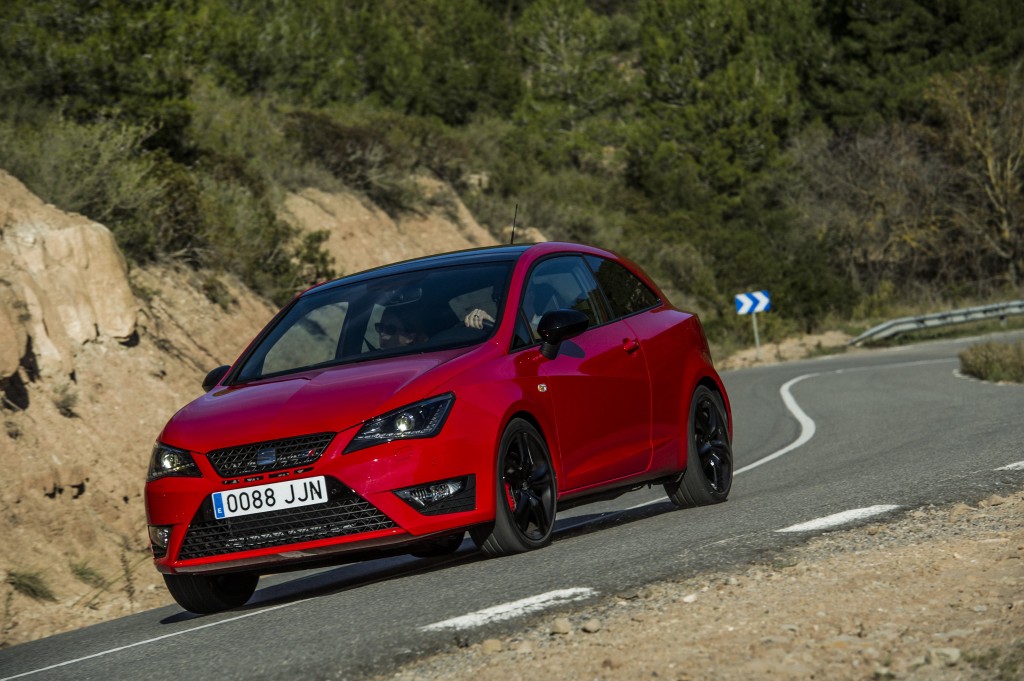 The interior kit is well described in the media launch material – but the steering wheel controls are a big improvement, as is the full screen navigation screen.

Onto the driving… I’ve had the opportunity to own and drive many hot hatches over the two decades or so I’ve been driving, so I’ve got used to what they should do best – MAKE ME GRIN! 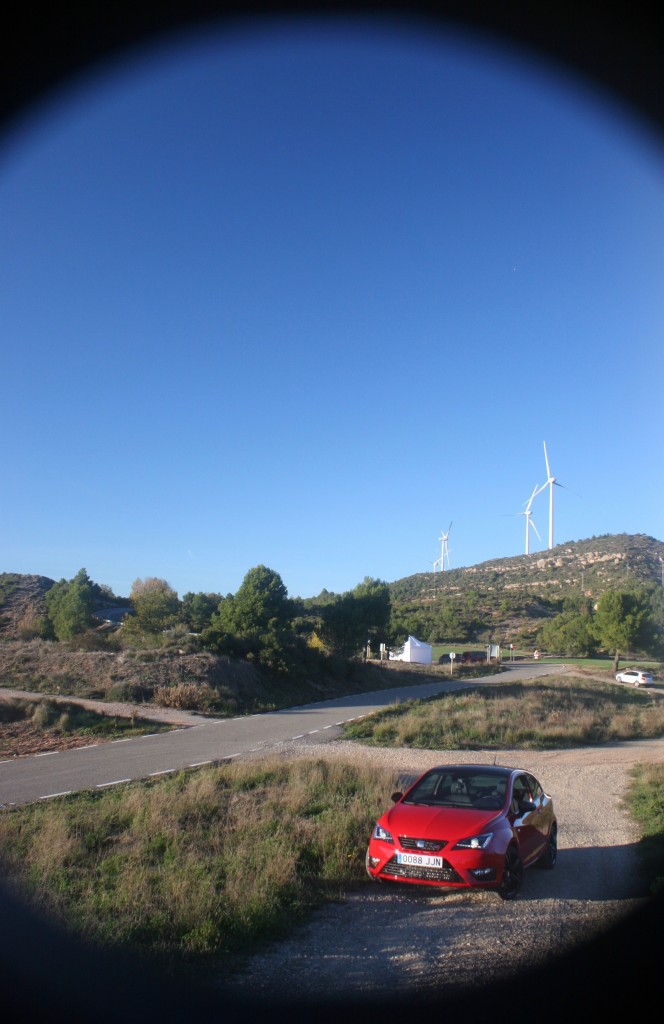 Starting off, I drive it normally with the ESP left in ‘normal’ mode but soon realise with the more sporting driving it’s cutting in heavily and the EDL is working overtime. So using the nav screen I engage ‘Sport’ ESP – which basically turns TCS off and the EDL. Phew. Now I can control the slip with the steering wheel & right pedal.

Once accustomed to the car it was with delight that I found SEAT had laid on a closed mountain road for us to demo the Ibiza’s ‘new’ chassis technology on.

Double checking the ESP was still in Sport, I pressed the ‘Cupra’ button [actually, it’s just Sport] but it enhances the engine note, loads up the steering and stiffens the suspension up. I would have preferred the same setting choices that you’d get on the Leon, but hey – a closed mountain hill climb beckons. 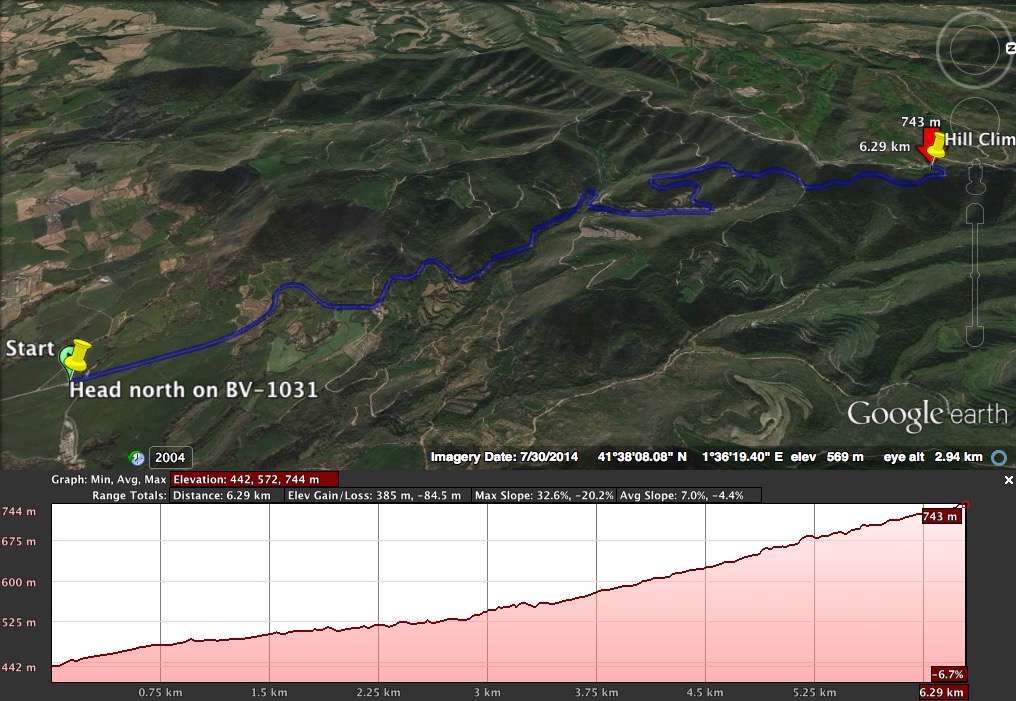 Now, the first pass up the hill had me in giggles as I was driven up by Vicky from Autocar. You can read her First Drive here

Later on, I drove myself, on my own and had a huge amount of fun not quite hitting 100mph (you can make out the speedo in km/h if you look closely on the digital display) but the whole setup of the car and flat torque curve made for a very confidence inspiring drive.

The big question is…. Should you buy one? I think SEAT know their key demographic really well here. It’ll be priced keenly at about £18k (still exact prices TBA), with well priced options if you want to upspec. You won’t have kids or want to carry people in the back if you’re 6ft tall like me. and you’ll have to be happy with the boot space which is slightly better than the 1.4TSI thanks to the battery not residing in the boot!

It’s got grown up, not overstated looks. Rides comfortably when not in ‘Cupra’ and you could see yourself doing decent miles in it. I’d love one to complete my Cupra collection. 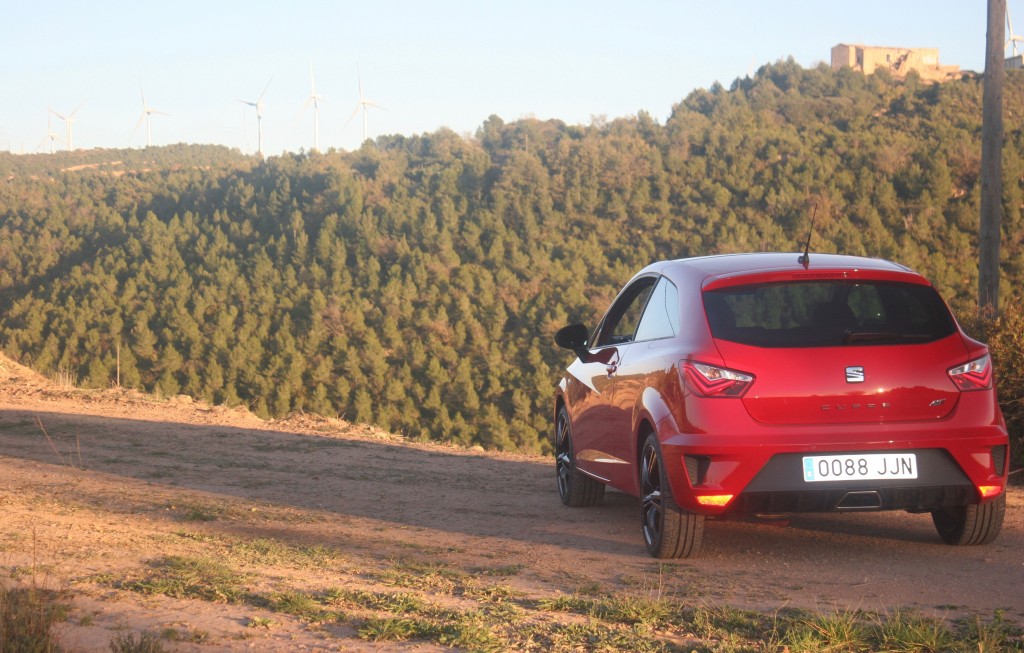 Syphon
Sounds like a fun drive, I own a cupra mk4 tdi and really enjoy it but what is the comparison on driving the new 2016 to the old school mk 4 tdi