Hi everyone, I've just signed for a Nevada White Cupra 290 DSG which is being delivered in just under 2 weeks. I'm coming from 3yrs in a Tiguan 2.0tdi which was a great car but I wanted to get back into something quicker, my previous car to the Tiguan was a BMW M135i which was the best car I've had so far.

Anyway I decided on the Leon Cupra and found a lease deal that I was happy with and had cars in stock (that was the hardest part, finding actual stock instead of promises for November etc). The only slight problem was they only had Nevada White for immediate delivery, but since signing I have seen a few photos and now think it actually looks great in metallic white.
Reactions: Blaptastic

Have you got any plans to mod or keeping it stock?
Reactions: Nevada Cupra 290

Have you got any plans to mod or keeping it stock?
Click to expand...

Well it's a PCH so probably leaving it stock

I do photography so there will definitely be photos

Nevada Cupra 290 said:
Well it's a PCH so probably leaving it stock

I do photography so there will definitely be photos

Ah well in the case, you have to make it to some forum meets if they’re close to you or if you fancy a trip out one day

A lot of people take the ‘stock’ option with a few essential upgrades to keep the car going during the lease...I mean who doesn’t need the stage 3 upgrade just to get to work on time each day? It’s essential
Reactions: Nevada Cupra 290

@Nevada Cupra 290, hello and welcome to the forum.As we all know you've chosen the best colour in Nevada White.Ok they may have to be cleaned more but they scrub up lovely.Enjoy your new car. 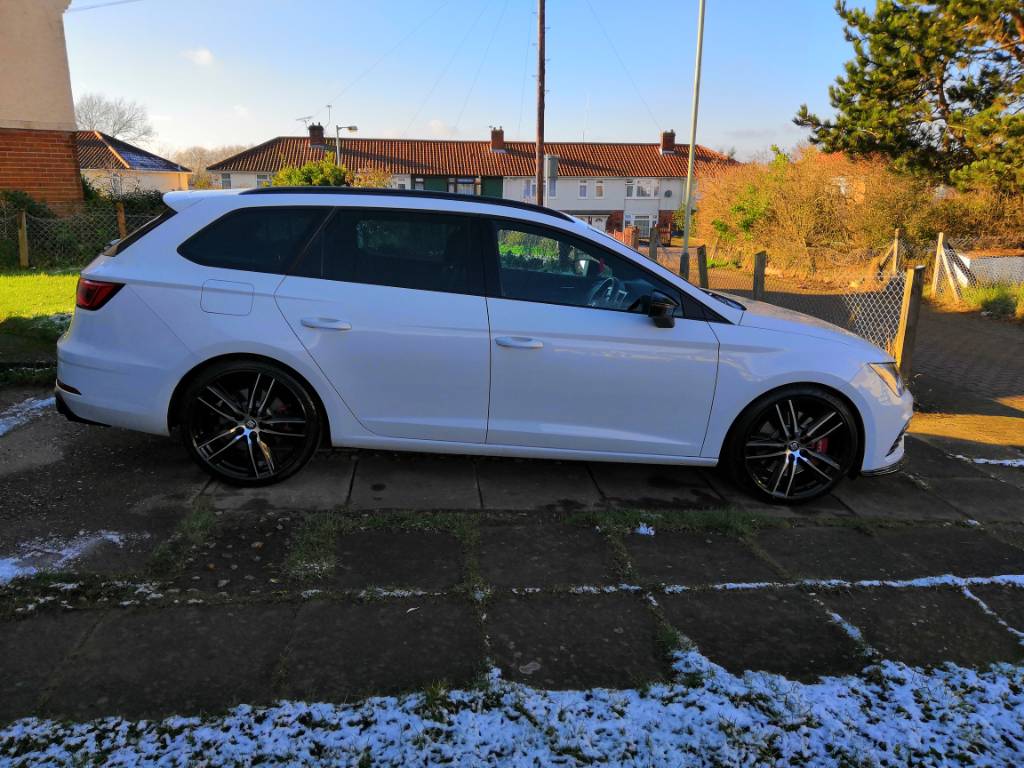 Sent from my COR-L29 using Tapatalk
Reactions: Nevada Cupra 290, kanyewest, Peller and 4 others

Congrats on the new car!

Like mentioned above we have forum meets that happen throughout the year, the next few months we have quite a few planned if any of them are close by and you want to pop over...