Lukin said:
What? Really? This is the system that should accelerate and break in traffic for you, right?
Click to expand...

According to the owners manual, Traffic Assist is for highways only and it’s an extension of ACC that can fully stop the car and then accelerate again. And they strongly advise against using it in city driving. Based on that I decided it’s not worth it but might be wrong. My understanding is ACC can also fully stop the car but then you need to restart and accelerate yourself with the pedal which is what Traffic Assist does for you. Also my understanding is Traffic Assist uses the lane markings to keep the car within the lane for total hands free operation, however I might be wrong about that too.

I've got it but don't use it. I think you have to tickle the accelerator to get it to move off again. I tried it on a motorway queue in Germany and it didnt start off again after coming to a stop. I prefer to drive the car myself.

My other experience was when it hurtled into a down hill into a roundabout taking the speed off the cars in front e.g. too fast. Then of course a roundabout, lack of road markings for lane assist and I put corrective steering on myself so I didn't go over the top of the roundabout . I know youngsters like ACC and traffic assist so they can tailgate, downside stone chips and windscreen repairs with alignment.

I think if you were doing a lot of motorway driving it may be handy in tail backs and you would get use to the everyday use of it. I would agree its more for motorways and straight sections of roads in cities at slow speed. Driving with lane assist on can be fun but on UK roads you want to pick your path through potholes so you end up wrestling with the wheel, it goes firm when it's steering itself. Some guy on the misery board dissed the 19" wheels as tram lining for months and said they were rubbish repeatedly but in fact the test car they drove had lane assist on, which gave the feeling that it was tram lining . They did admit after months of dissing the handling of 18" v 19" once they got their own car and realised the sensation they had experienced with lane assist doing the steering.

I like gray colour the car, it looks very sporty and elegant
Last edited: Mar 6, 2018

seattutkunu said:
Is it white for you? Orange? I think orange 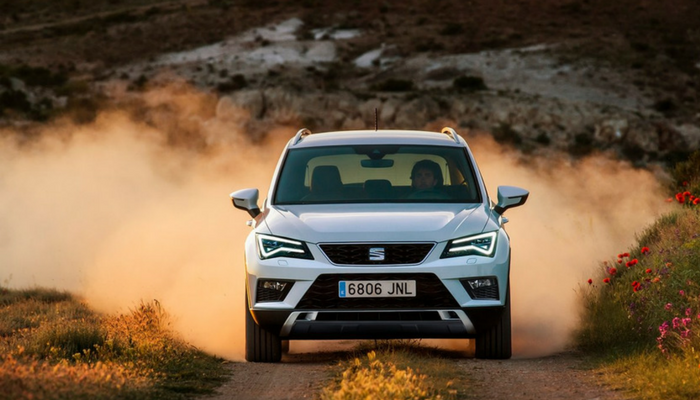 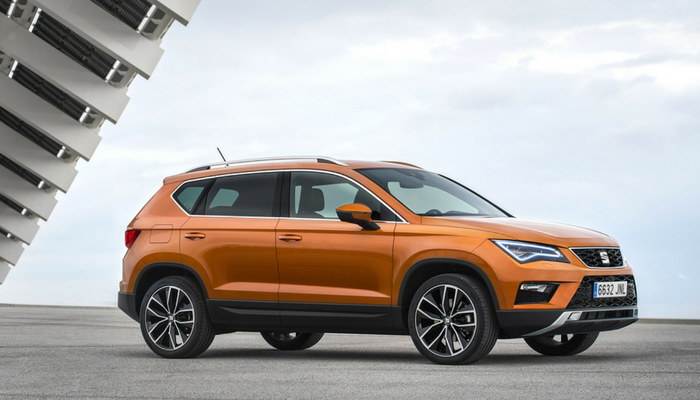 Its not just youngsters that like ACC, I am 52 and I like it. Used appropriately ACC and Traffic Jam Assist are very good features and help ease people into learning to use and trust autonomous functions too. People that wont use them that buy new cars are going to find the going pretty tough within the next decade when these things become standard features.

shiretzicu said:
I just love my Samoa Orange I think it's the best option for this car.
Click to expand...

Good choice if it's that dark rich red you see on some cars. Which I reckon it is.

alkajefry063 said:
Good choice if it's that dark rich red you see on some cars. Which I reckon it is.
Click to expand...

It's the 2016 launch colour of the Ateca. They had a paint shortage of it at the time so people had to wait against other colours. It's a statement colour. Works well in bright sunshine. Summer colour. Use to see one Ateca in it cruising around a supermarket car park in Essex. Looked good on a bright day.

Tell said:
It's the 2016 launch colour of the Ateca. They had a paint shortage of it at the time so people had to wait against other colours. It's a statement colour. Works well in bright sunshine. Summer colour. Use to see one Ateca in it cruising around a supermarket car park in Essex. Looked good on a bright day.
Click to expand...

indeed you are correct for crokinole board canada. I concur with you. I believe it's the most ideal choice for this vehicle.
Show hidden low quality content
You must log in or register to reply here.

Both Keys Failed - Who Cares

Where is the Fuse Box on a RHD Ateca and what are fuses....

What was your first car?