Now Trending:
Home
News
Euro NCAP Five-Star Rating for the new SEAT Arona
The new SEAT Arona achieves the highest possible scores in Euro NCAP’s demanding safety tests and joins the other three flagship models, Ateca, Leon and Ibiza. SEAT demonstrates again the high levels and standards of safety offered by all of its models. The new SEAT Arona is another new member of the SEAT range that is part of the biggest product offensive ever carried out by the Spanish brand in which the Leon stands out with its new facelift, as well as the new Ibiza, the Ateca and the soon-to-be-seen large SUV, which will be launched in 2018. 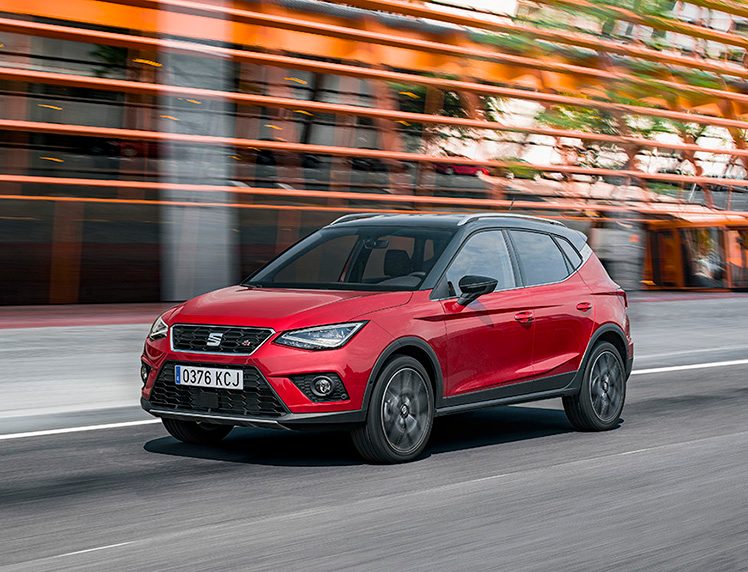 Achieving five stars in Euro NCAP prestigious and independent safety tests carries more merit each time, as they have become much more demanding in recent months. Euro NCAP puts vehicles that come onto the market through a number of tests, more and more rigorous each time. For example, in order to test child safety protection in a reliable way, crash test dummies are used that simulate children between 6 and 10 years old. Front impact tests or side impact tests against a Pole at 75 degrees are also more severe. As well as these criteria, the range of dummies used in these tests has increased and their biofidelity adapted in order to reflect real accident conditions in the most objective way. 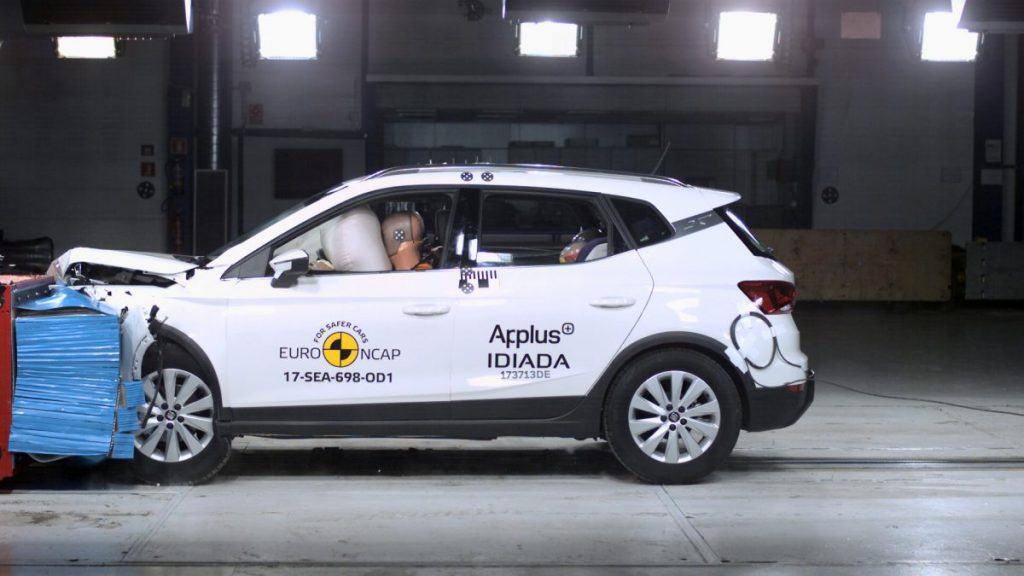 In each of the sections that make up the Euro NCAP safety tests, the new SEAT Arona has achieved excellent results, standing out occupant and pedestrian protection. Arona driver assistance systems are also outstanding. The efficiency of the Autonomous Emergency Braking (AEB) and Front Assist stand out in particular in this area. Through the use of its radar technology together with the latest versions of ABS and ESC, it not only senses and acts when it detects other vehicles but also pedestrians. Taking all of this into account, it allows the car to brake in the safest and quickest way.

The Euro NCAP crash tests have been much more demanding since 2016 not only in active safety, but also in passive and preventive safety. The new SEAT Arona, now comes with pretensioner and load limiter belts in front and in rear seats. This brings many benefits of the response to the most demanding challenges in child safety as the pretensioners reduce the looseness of the belt around the torso and pelvis of the occupant at the moment of impact, guaranteeing the best restraint for both adults and children. The Isofix  and Top Tether fixing points in the rear seats come as standard in the SEAT Arona, as well as speed limiter, third rear headrest, seat belt warning system for all seats and six air bags. 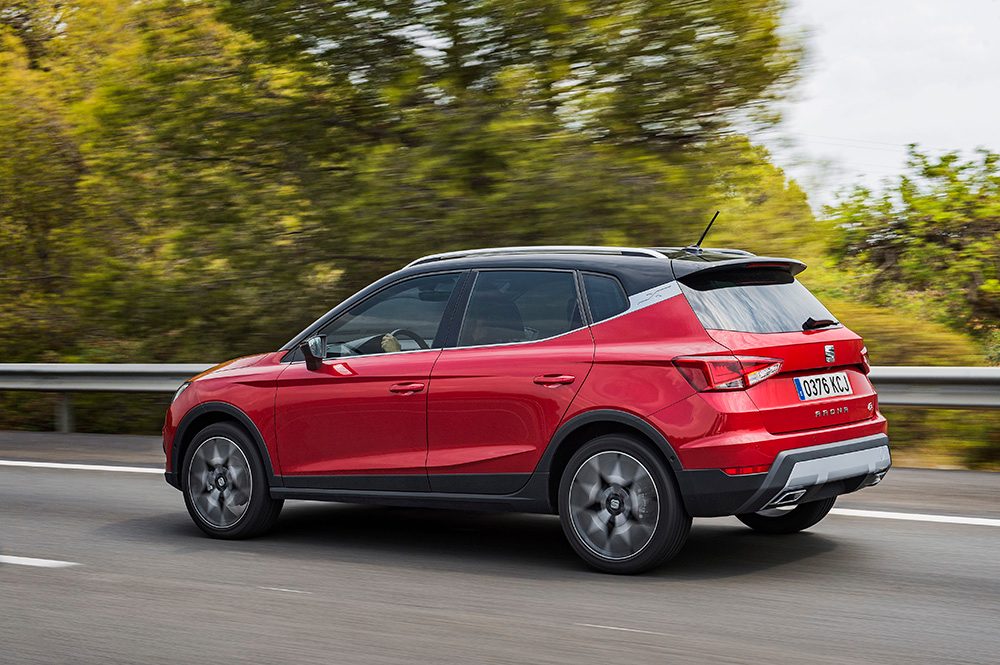