Baporo Motorsport’s Pol Rosell was crowned 2014 SEAT Leon Eurocup Champion in front of an 11,000-strong crowd of employees and supporters at SEAT’s home track, the Circuit de Barcelona-Catalunya, Spain. The Spaniard had a steady and consistent weekend, finishing second and claiming the series’ title in race one, as well as securing a fourth-place finish in race two.

Costa Rican driver Mauricio Hernandez started from pole in today’s final race of the season, after qualifying eighth on Friday. However, the Target Competition driver was unable to hold his lead going into the first corner as Baporo Motorsport’s Manuel Giao charged off the line from his fifth-place start to overtake into the first corner. With Giao leading, ahead of Hernandez and Marcos De Diego, Stefano Comini climbed from sixth to fourth. Norweigian Stian Paulsen set off in hot pursuit of the lead pack but outbraked himself into turn two, hitting fourth-placed Fran Rueda and sending them both into the gravel and out of the race.

Pujolar Racing’s De Diego managed to pass Hernandez for second on lap two. With the Target Competition driver dropping back to fifth, Giao was able to extend his lead whilst De Diego led fast-approaching Comini and Julien Briché.

After a battle lasting eight laps, and with two laps remaining, Comini made his move to take De Diego for second with JSB Competition’s Briché also taking advantage and passing through for third. The battle for second place allowed Portuguese Giao to extend his lead, finishing six seconds ahead of second-placed Comini and third placed Briché with 2014 SEAT Leon Eurocup Champion Rosell crossing the line in fourth. 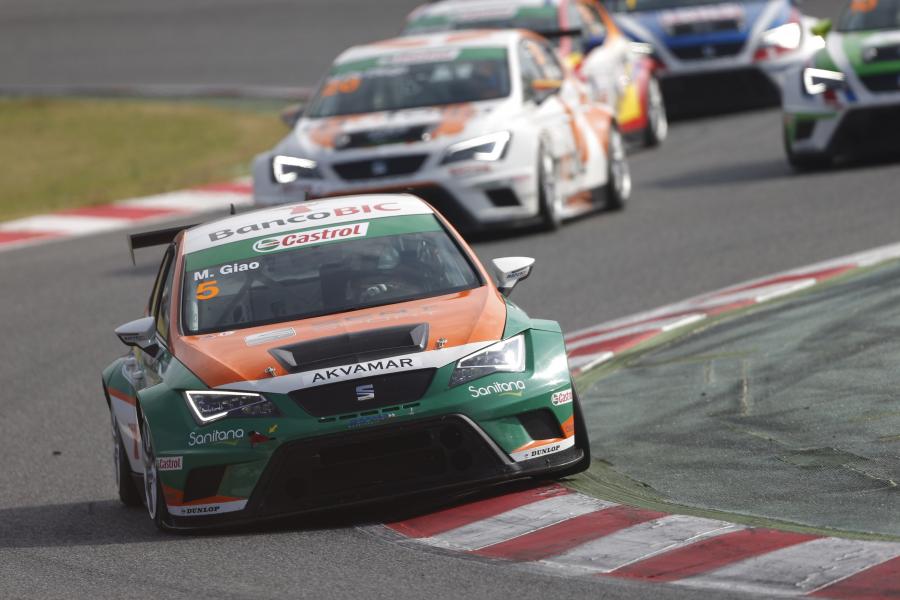 In yesterday’s race Rosell claimed the title, despite not being able to hold his pole position, finishing second behind Comini. At the start, Comini powered off the line to pass Rosell and take the lead into the first corner. Behind, JSB Competition’s Briché was running in third with Giao in hot pursuit. A two-way battle commenced between the pair, with the drivers running side-by-side until contact sent Giao back down the order to seventh place.

Norwegian Paulsen was able to take advantage of the incident, passing the pair as they battled to move up into third place. Briché recovered to take fourth position, with Monlau Competición’s Rueda fifth and Target Competition’s Juergen Schmarl sixth, having climbed from a tenth-place start.

2014 SEAT Leon Eurocup Champion Pol Rosell said: “I can’t believe it! It’s a very special win as it’s the first year of the series. During the first race I felt comfortable: Comini was strong and I could follow him but he was very fast in the last laps. We are very happy to finish second and to take the championship title. It really is unbelievable.” 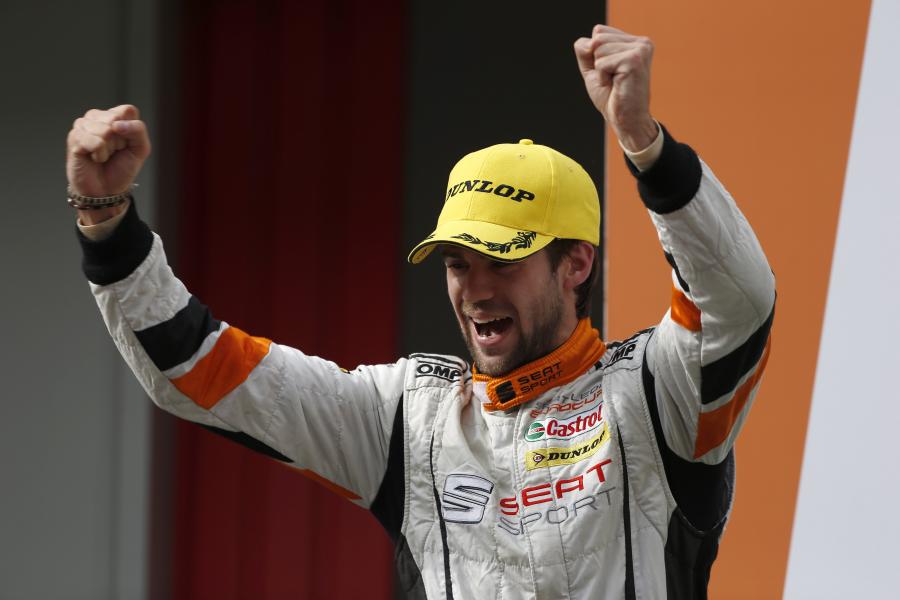 Stefano Comini, winner of Race 1 said: “At the start I didn’t look at my mirrors and concentrated on getting ahead of Rosell. I braked later in the first corner and when I was in the lead I knew that I could win. At the beginning of the race I was at 70% but the car and the tyres felt good, so at the end I could push 100%. I was really relaxed and took it steady; it was a good race for me.”

Manuel Giao, winner of Race 2 said: “I’m very happy for today and the win. Yesterday in qualifying Marco Pellegrini and I touched, so I couldn’t set the time that I thought was possible and take the three points, and that was the thing that was missing this weekend. I’m happy with my second win of the season, but am of course disappointed for the championship as before the weekend there was a good chance.”

Jaime Puig, Head of SEAT Sport, said: “Congratulations go to both race winners Stefano Comini and Manuel Giao and of course our first champion of the SEAT Leon Eurocup, Pol Rosell! With the racing so close all season it has been great to come to our home track of Barcelona knowing that seven drivers were in contention to win the title. Thank you to our family and friends who came to support this weekend, it has been a great end to the first SEAT Leon Eurocup season.” 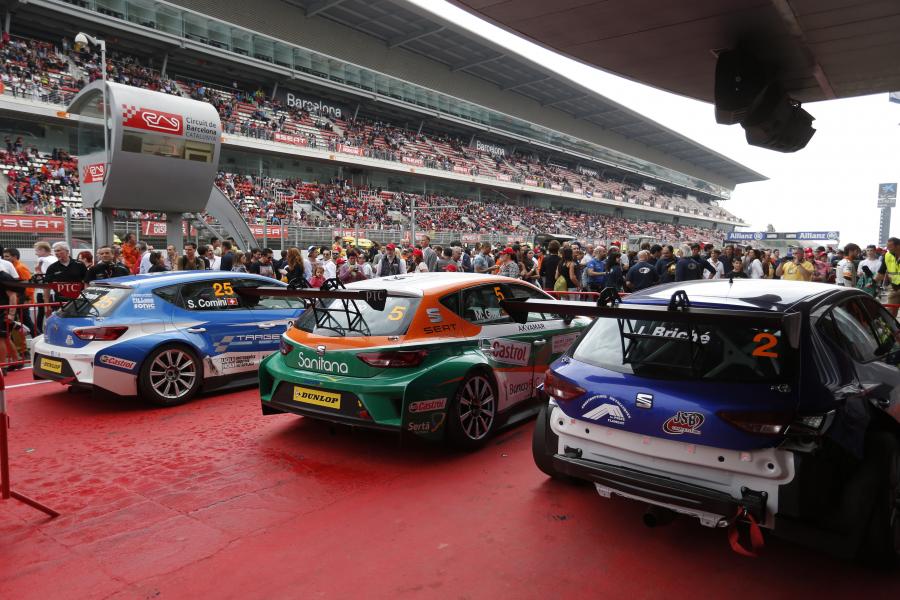 For more information about the SEAT Leon Eurocup, visit www.seat-sport.com/eurocup.