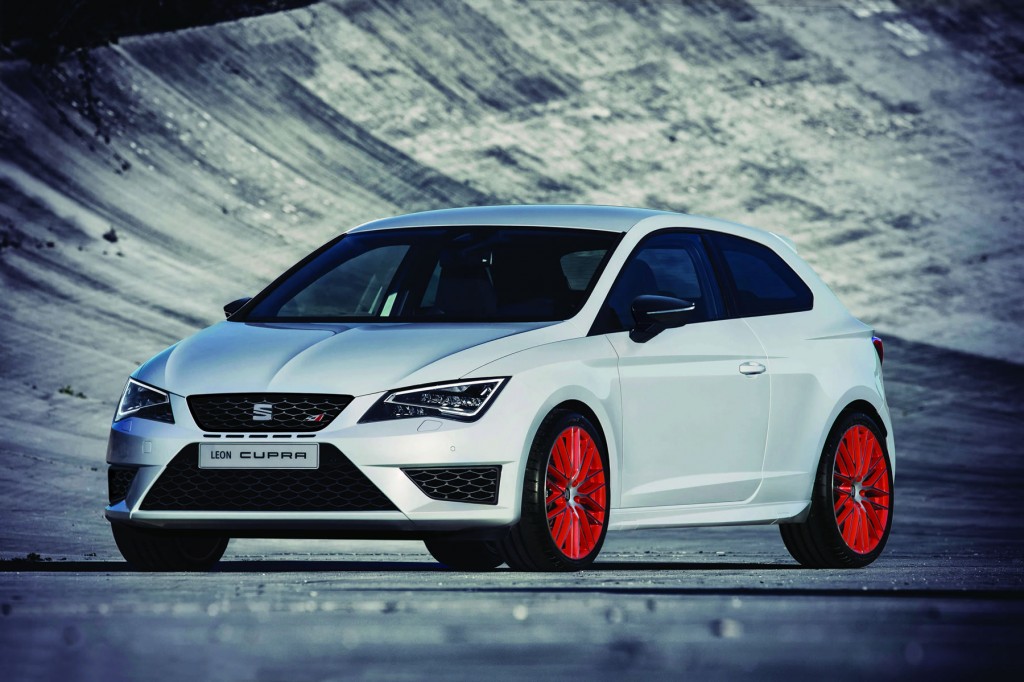 SEAT is all set to stir up the hot hatch brigade once again with the launch of a new ‘Ultimate Sub8 Performance Pack’. Mirroring the exact specification of its creation which became the first front-wheel-drive production car to dip under the magic eight-minute Nürburgring Nordschleife lap time, the pack is set to cost £4,200.

Be under no illusions. A Leon SC CUPRA 280 fitted with the Ultimate Sub8 Performance Pack is no impractical trackday toy. It’s every inch a proper hot hatch, just with an even more focused nature than the multi-award-winning Leon on which it’s based. It’s even got rear seats and a radio, DAB at that. Nevertheless, it’ll still make a simple trundle to the shops, an occasion and not a chore, and garner plenty of attention along the way. Plus, given the fact that each car will be built to order, its exclusivity is assured.

Specifying the Ultimate Sub8 Performance Pack on a Leon SC CUPRA 280, costing £27,210 in manual guise, brings the price to £31,410. A sizeable £5,020 less than its closest direct rival, the two-seater Mégane Renaultsport 275 Trophy-R at £36,430. Or, closer to £7,000 by the time the latter’s Performance Brake pack, electric door mirrors and satellite navigation extras are thrown into the equation.

Courtesy of some weight reduction trickery, the comprehensive pack swaps climate control for a simpler heating system, while even four of the CUPRA’s usual eight speakers have been ditched in the dieting process. The weight loss programme has also seen the Leon CUPRA 280 slimmed down through the loss of the centre console armrest and rear air vents, while even the storage boxes under the front seat have been binned.

The rest of the pack is as per the standard Sub8 Performance Pack, which means lightweight multi-spoke 19-inch alloys in black or orange, 30mm larger brakes with Brembo callipers and body-coloured side skirts. Semi-slick Michelin Pilot Sport Cup 2 tyres can be included too for £460.

Keeping it extremely simple for customers, there’s the usual choice of six-speed manual or slick-shifting DSG transmission, but, in keeping with its stripped back approach, no options.

As well as a supreme driving experience, it also retains another CUPRA hallmark, its high-end equipment features. Among them are DCC (Dynamic Chassis Control) and CUPRA Drive Profile, providing the choice of Normal, Sport, CUPRA and Individual settings, to adjust the suspension, throttle sensitivity, gearbox and engine note, according to the whim of the driver’s mood. There’s also cruise control, rear parking sensors, touchscreen satellite navigation and tyre pressure monitor.

The Ultimate Sub8 Performance Pack can be specified now with all new Leon SC CUPRA 280 orders.