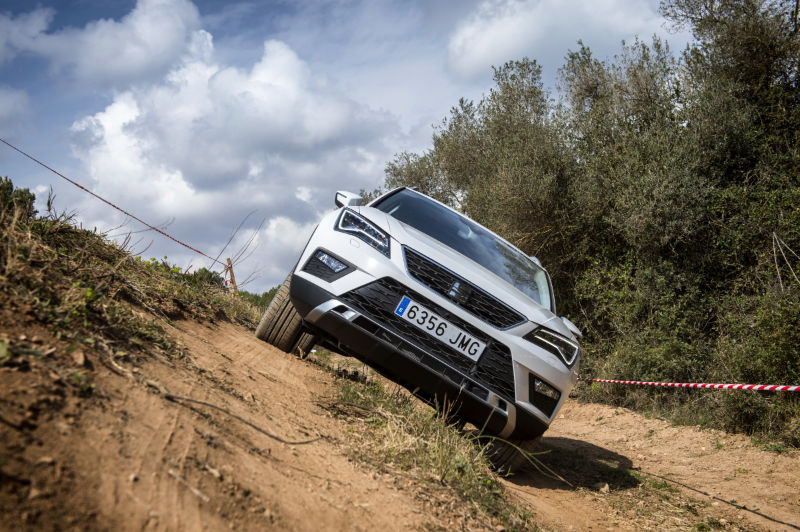 Its success was part of a formidable across-the-board performance by SEAT in this year’s awards, with four other models posting Commended results too: Leon (previously a three-time winner) in the Compact Family Car class, Leon ST in Estate, Leon CUPRA 290 (another returning title-holder) for Hot Hatch and the new Alhambra for MPV.
Commenting on the Ateca’s success, UK Auto Express Editor Graham Hope said: “The Ateca has made a dramatic entry into the crossover class and is a particularly impressive first effort from SEAT. It offers everything that is great about the Leon in a superb-looking new package, and blends excellent performance with decent practicality and strong value for money. It’s a compelling new crossover option for buyers.”

The judges’ opinions follow hot on the heels of a top five-star rating for the Ateca in the first UK road test in the latest issue of the same magazine. In its detailed scrutiny of the 2.0 TDI 150 XCELLENCE 4Drive model, the magazine declared it “follows in the footsteps of the Leon and goes straight to the top of the class”.

Richard Harrison, SEAT UK Director, said: “This is a fantastic result for Ateca and adds to the great momentum that it’s developing as it nears showroom launch, including the 13,000 members of the British public who have already stated their interest in buying one. The award is testament to what an enticing all-round package Ateca is, as a desirable, high-tech, stylish and well-built SUV it is, in this ever burgeoning part of the market.”