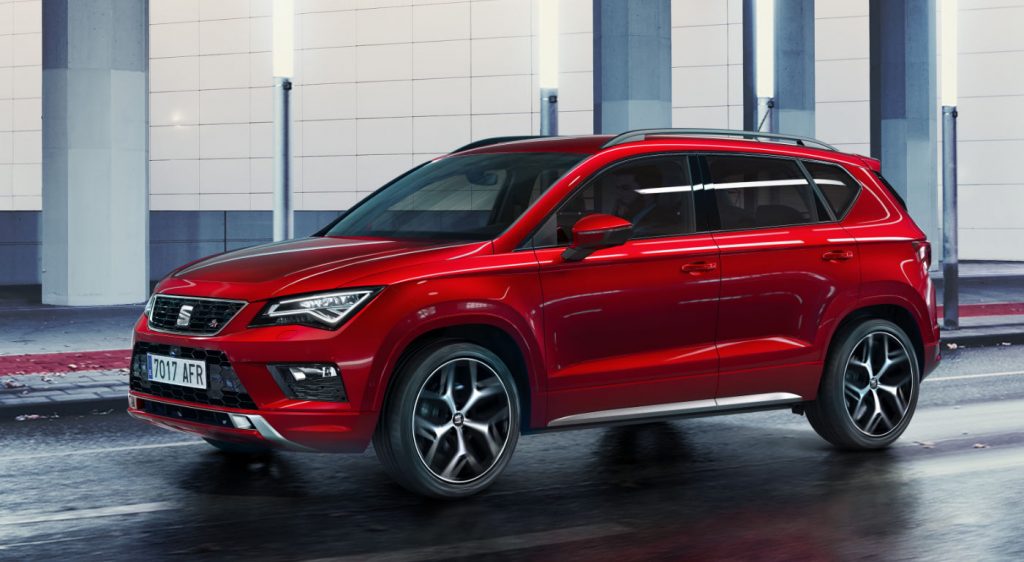 Fun at the wheel, luxury and refinement, combined with a stylish and sporty character – SEAT has unveiled the Ateca FR. The latest addition to the brand’s high-selling SUV range will take to the stage at the Barcelona International Motor Show, AUTOMOBILE BARCELONA, from the 11th to 21st May 2017.

The Spanish manufacturer is in the midst of its largest-ever product offensive, which has also seen the launch of the Ateca itself, New Leon and All-New Ibiza and soon, in the second half of the year, the new crossover, Arona. 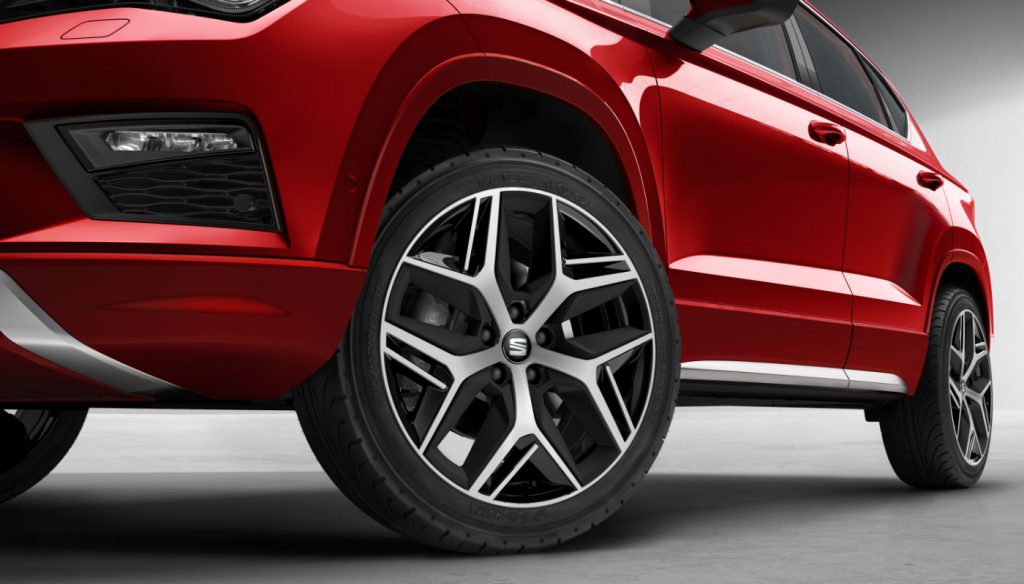 The sporty FR trim has been added to the current UK Ateca range which consists of S, SE and SE Technology, and will sit just below the halo XCELLENCE versions. Since its launch, SEAT has sold more than 40,000 units of the smash-hit Ateca worldwide. This model, alongside the success of the Leon, Alhambra and Ibiza, contributed to SEAT achieving an operating profit of 143 million euros in 2016, the highest in the company’s history, and to finishing the year with its fourth consecutive annual sales increase. 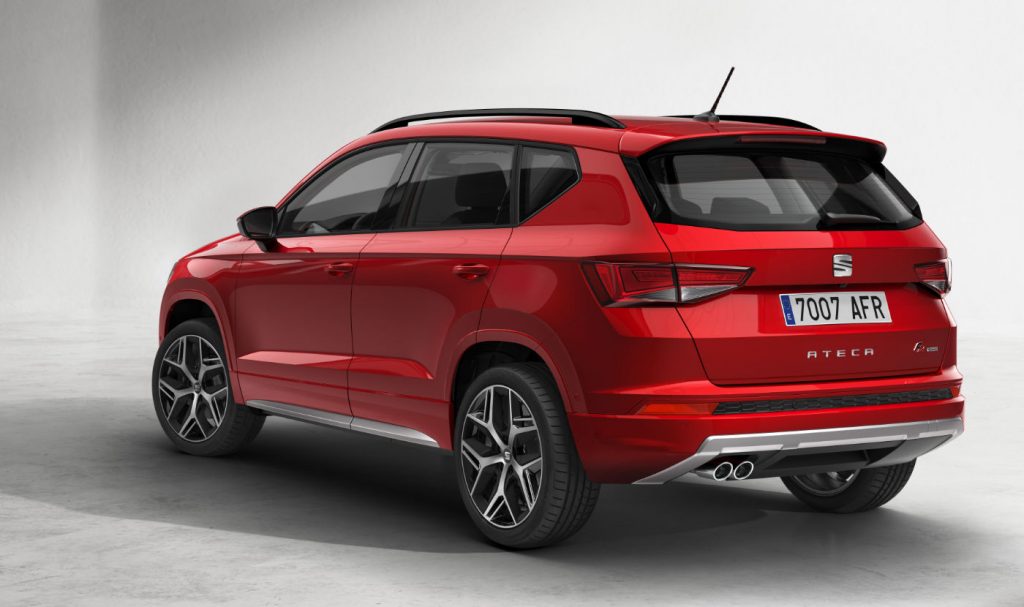 “The Ateca FR adds yet another level of excitement to our first SUV. The agile and precise handling of Ateca is reinforced with a touch of dynamism and fun at the wheel, with the FR trim adding, for example, Dynamic Chassis Control and progressive steering” commented Dr. Matthias Rabe, Vice-President of R&D at SEAT. “It’s a sportiness that adds to all the technology the Ateca has onboard.”

The Ateca FR stands out through exclusive 18-inch ‘Performance’ alloy wheels (19-inch machined optional), combined with body-coloured wheel arches and side skirts that come with an aluminium moulding running along the lower section of the doors. The rear window is framed by black spoilers, with the rear spoiler matching the car’s bodywork colour. The rear bumpers are also exclusively designed for the FR and also come in the same hue as the bodywork. Typical FR logos also appear front and rear, plus, roof rails and window frames in black. Up close, the grille comes in gloss black, while its LED front fog lights have also received an exclusive FR design treatment. 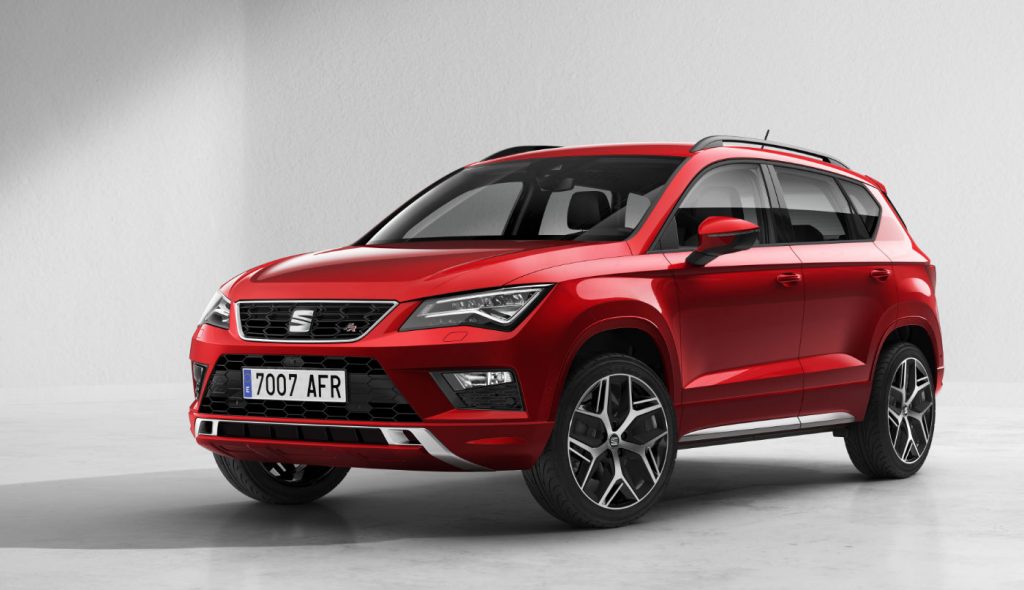 Inside, the aluminium door strips complete with FR logo are immediately noticeable as soon as the front doors are opened. The logo can also be found on the multi-function, leather sports steering wheel covered, with gloss black insert. Sporty cabin touches come by way of standard sports seats in Alcantara® (leather is optional) and the aluminium pedals. Red stitching on the steering wheel, seats and gear lever gaiter, enhance the sporty character of the SEAT Ateca FR still further. At the same time, there are elegant details in black that give a luxurious touch to the interior, such as the roof and interior door mouldings, which also come with an exclusive FR finish. 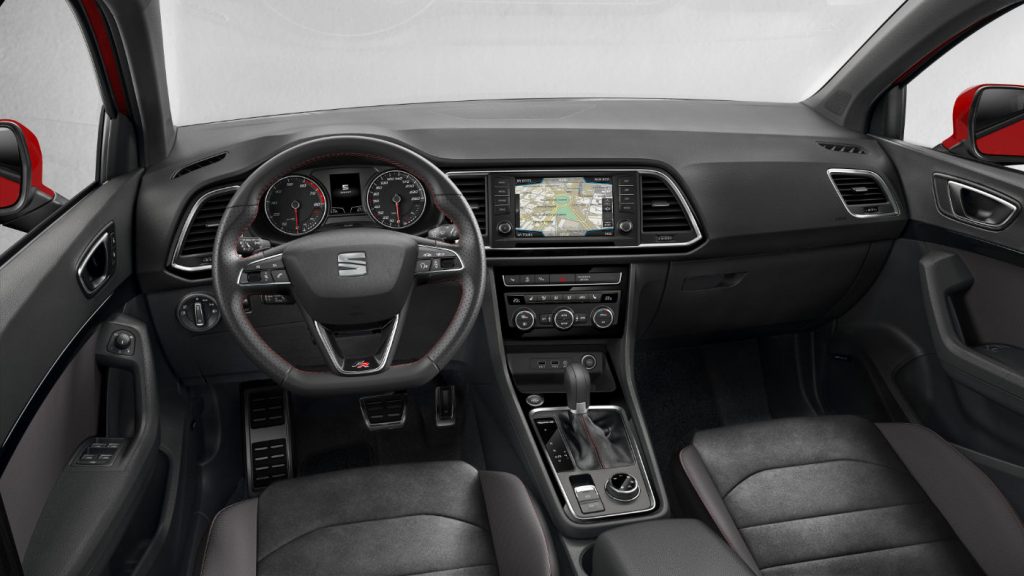 The FR trim level will comprise a range of EU6 petrol and diesel engines, ranging in power from 150PS to 190PS, including a new 2.0 TSI 190 unit. A range of manual and DSG-auto transmissions feature. Four-wheel-drive will be available on both 2.0 TDI engines, plus, the new 2.0 TSI. DCC (Dynamic Chassis Control) and progressive steering will also be available.

UK pricing and specification for the Ateca FR line-up will be confirmed closer to launch this summer.