SEAT is partnering with Shazam to become the first car manufacturer to integrate the popular music-discovery app into its vehicles worldwide. Shazam, which instantly connects users with the world around them, is now available to SEAT customers at the touch of a button.

Integrating Shazam into every SEAT vehicle that has the SEAT DriveApp for AndroidAuto allows customers to easily identify their favourite songs while driving in a completely safe manner. The move takes the brand a step further in its goal of providing an enhanced, connected experience that is simple, personalised and that causes less distraction to drivers.

With this move, the brand is taking a further step in its goal of providing an experience that is increasingly simple and personalised, and that causes less distraction to drivers. SEAT President Luca de Meo said: “For all music lovers, being able to identify songs is going to be at their fingertips. Integrating Shazam enables us to continue making progress in our goal of delivering maximum safety for our customers and achieving zero road accidents.”

With Shazam’s partnership, SEAT strengthens its commitment to promoting car connectivity. Further prime examples are the cooperation with Amazon to integrate its smart voice assistant Alexa in SEAT vehicles, and implementing Google’s navigation system Waze in the brand’s cars.

“Integrating Shazam in our range represents a great boost to SEAT’s digital ecosystem and connectivity and certainly contributes to position the brand as a front-runner in connected vehicle”, pointed out SEAT President Luca de Meo.

Bringing music into the vehicle is simple and safe with Shazam. Once users have arrived at the AndroidAuto homepage on their infotainment screen, they only need to select the Car context with a single tap, and the Shazam application will be available. Tap the icon to activate and the app does the rest.

Shazam uses the built-in microphone in the customer’s mobile device to create a digital fingerprint of the audio and, within seconds, match it against its database of millions of tracks. Users are then given the name of the track, the artist and additional information such as lyrics or recommended tracks, and are able to buy or listen to the song using one of Shazam’s partners’ services.

And customers don’t have to worry if they lose their mobile connection during a journey. They will still be able to Shazam a song offline. A digital fingerprint of the audio will be created and stored on the app. When they next have a stable internet connection, Shazam will automatically look for a match and add new discoveries to the My Shazam list. 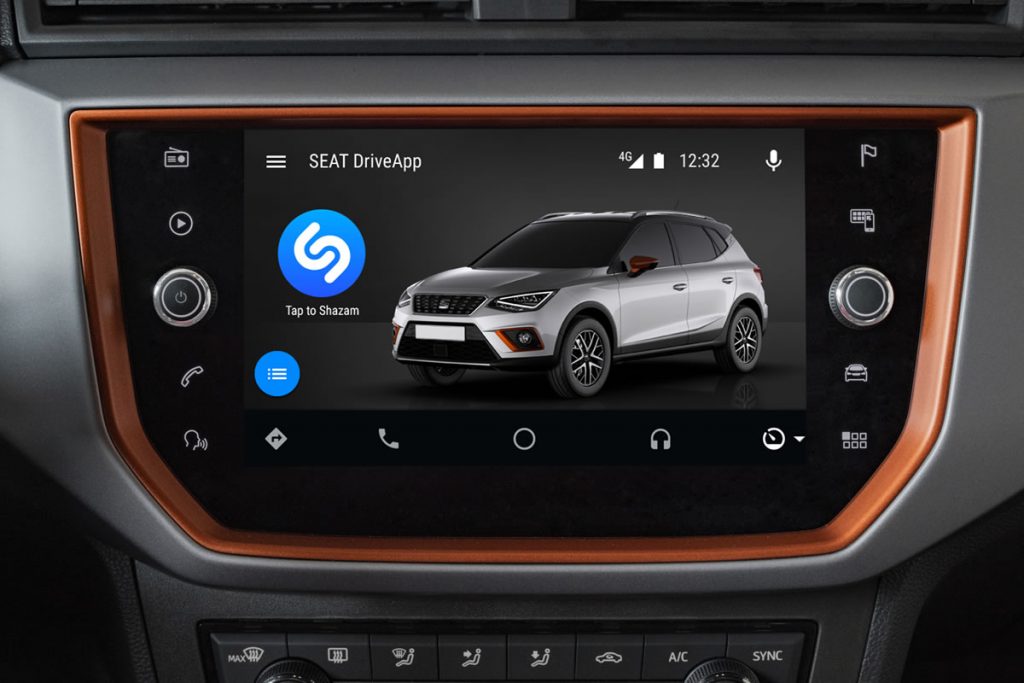 Shazam will be available in every SEAT vehicle that benefits from the SEAT DriveApp for AndroidAuto. The technology is currently available in Spain, Germany and Switzerland, but this will shortly be followed by Austria, France, Italy and the UK, before other AndroidAuto compatible markets follow. 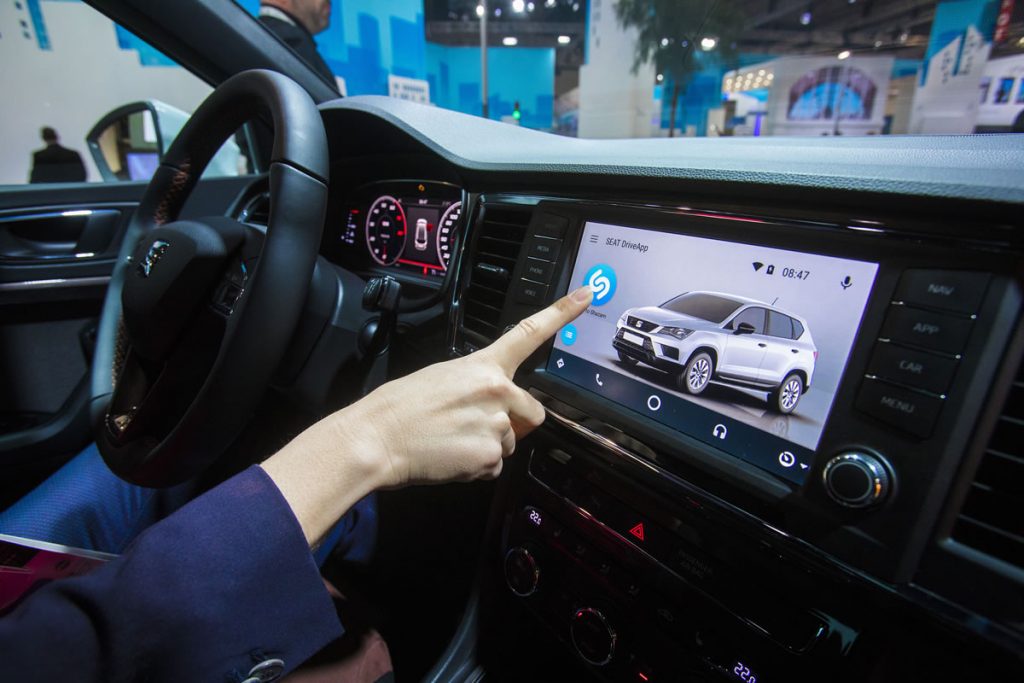