Does anybody know if the mk4 has an air intake temperature sensor in the HVAC (G89) because according to the diagram it does however the pin out at the back of the climatronic unit would suggest otherwise. 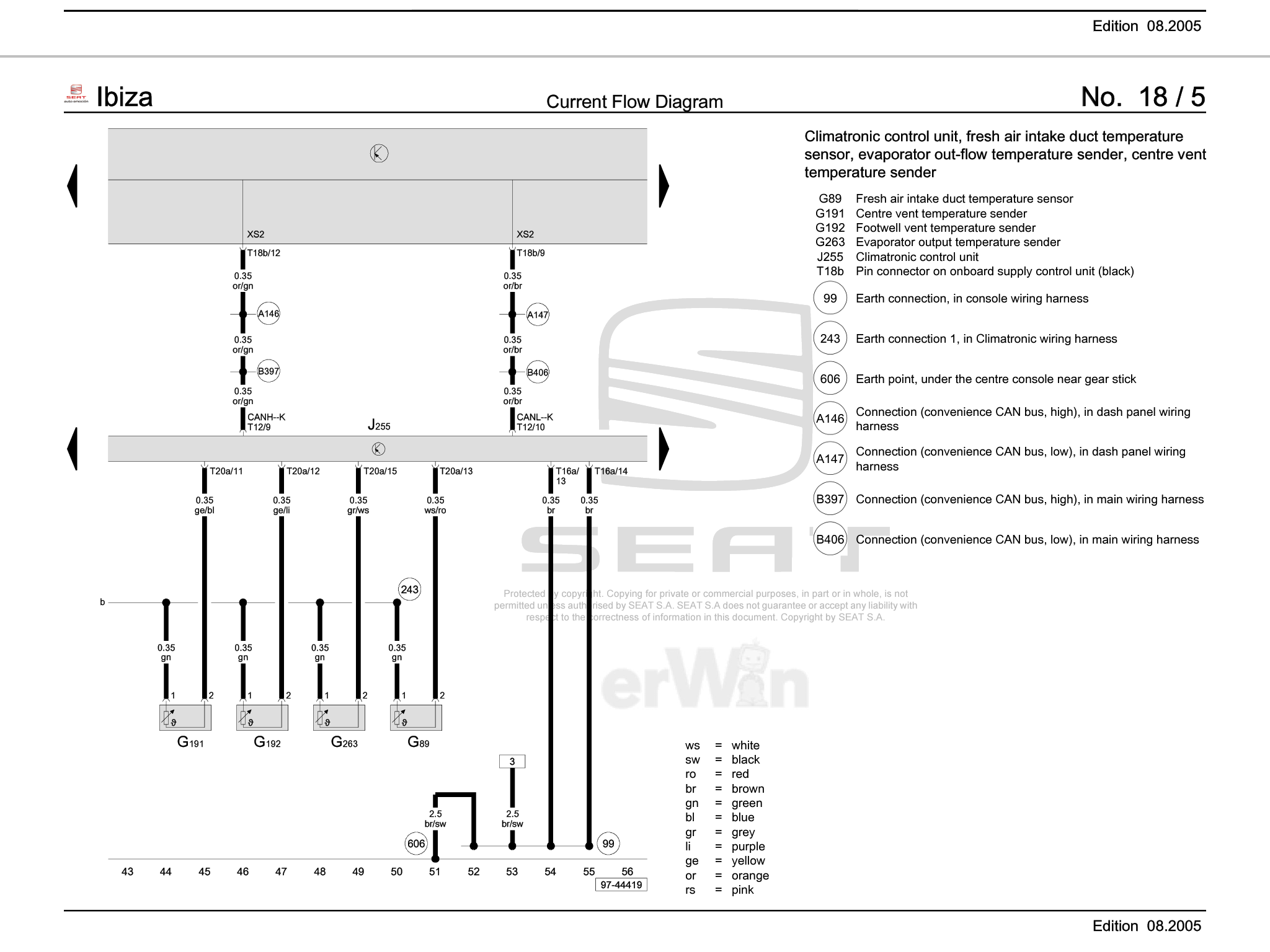 The reason I’m asking is because I get a climatronic code 313 which relates to g89. I have put vag com on also and it reads -99 under the intake temp sensor block so I can understand why it has flagged the fault, the mystery is the 20 pin connector has no white and red wire at pin 13. It has no wire at all, just a blank in the plug. I can put a pin in and bridge it over to the sensor earth with a resistance in between to get the measuring block to change temperature which would suggest I would be able to get the air con to work if I set the resistance or the right value. 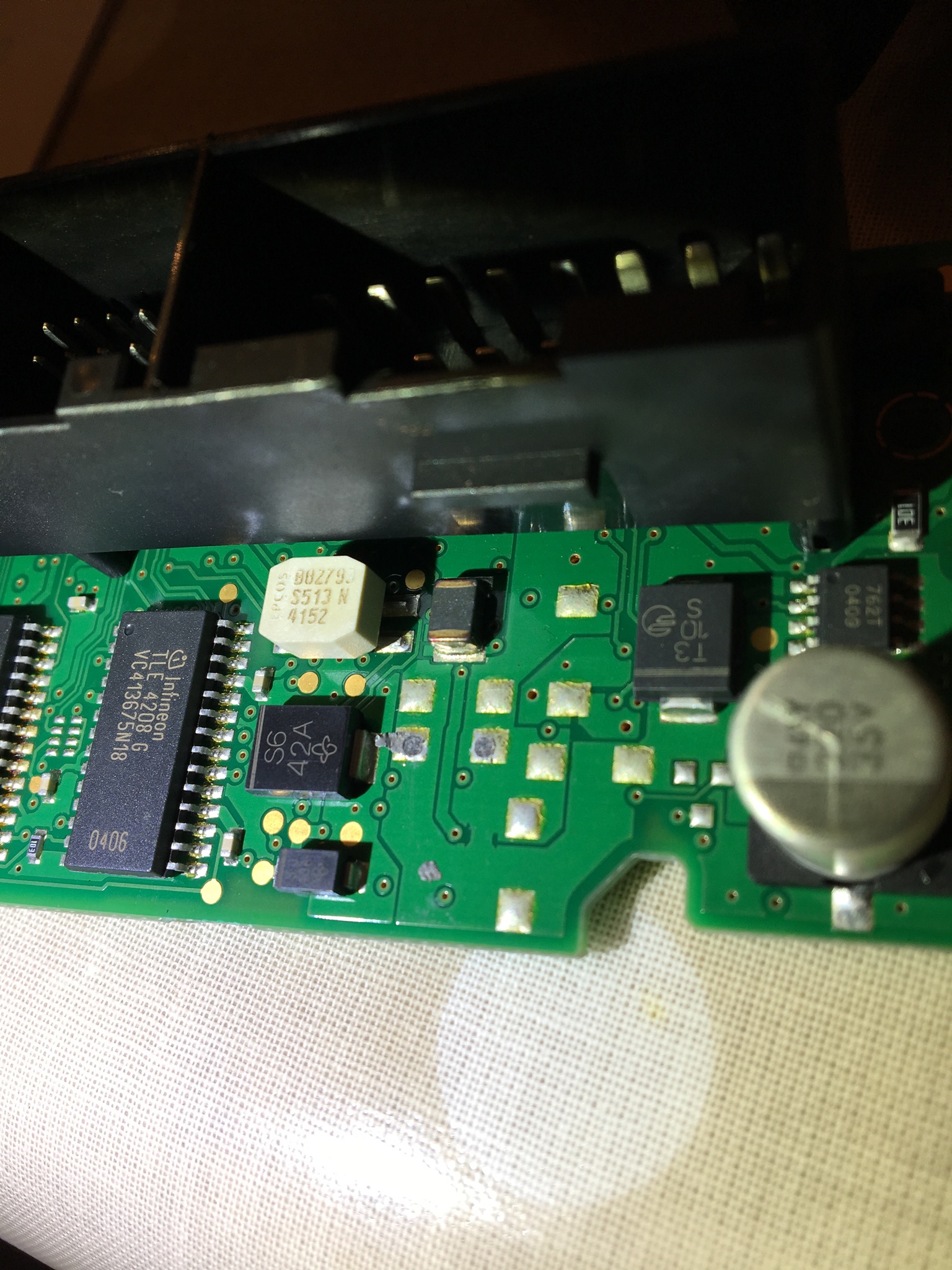 I took the climatronic unit apart and I found the solder pad had fouled on the casing and it looks like it has bridged to another component. I bought and fitted another unit from a breakers to no avail so I opened that one up and found the same rub marks on the board, there was no evident bridging though. Does anybody have any suggestions where to go from here to get my air con back up and running? I’m going to try a variable resistor next and just put the ‘missing’ pin in.

thought it fed from the sensor in the wing mirror

No, the sensor in the wing mirror is only protection to avoid the chiller running at very low temperatures, ie that sensor is "outside ambient temperature" what the OP wants/needs is where his system gets the cabin temperature from to use as control/feedback.

Now, I'd think that these sensors will all be thermistors, so fitting a convenient resistor in there will not work.

OP, I wonder if your system is a manual version, and so the "temperature demand" setting might be the control so open circuit - ie no feedback?

Edit:- you use the word "climatronic" that was only ever used in connection with fully automatic systems, the equivalent Polo to your Ibiza had "climatic" which was a poor man's auto AC which did have feedback.
The 2 marked solder pads in your picture - I'm guessing that you feel that something should be mounted on there and maybe that is the control sensor in a fully auto system, but is your system a fully auto one and has it ever worked okay in the past?

Next Edit:- maybe check the part number of the AC control panel and look for that in ebay, and on a genuine VW Group parts listing, I don't think that you have climatronic AC just manual and maybe someone has stuffed an auto AC control pane in there in the past as an "upgrade"?
Last edited: Jun 26, 2018

The unit is definitely the fully auto 'climatronic', 'climatic' from my understanding was the unit with dials.
The unit does have an interior temp sensor incorporated into the front of the unit behind the grill and i can confirm that that is fully operational.
When i got the car the A/C did work. There is a pin hole in one of the pipes which is why it has leaked over the years.
I have tried the resistor and the fault code goes however the A/C still does not work.
Upon checking the unit i removed, it was date stamped around 2003, this indicates that it is not the original unit for the car being a 2006 model.
The unit had a suffix B which i believe was manufactured until around 05/06. I have now tried a like for like swap to no avail with another suffix B part from 2005, i have ordered a suffix E part which i will try when it arrives which i believe was manufactured from 06 onward.
The two solder pads are marked because the screws that fix into the underside distort the plastic and foul the board, i believe this problem was rectified with the suffix E part by a better designed case.
The replacement suffix B part also showed the same fouling of the circuit board upon closer inspection.
6L0 820 043 A
6L0 820 043 B
6L0 820 043 E
These are the part numbers associated with the unit

Right, so that clears up my questions about that AC system. So back to being able to work out why you are reading -99C in the temperature field I suppose - have you worked out what "-99c" equates to, is that a s/c or an o/c?

The -99 relates to the fault code, when I sub the resistor in to the blank pin 13 and give it a sensor earth the code disappears and I can vary the logged temperature from -99 to 99 degrees.
This gets rid of the code however the air con is still inoperative

For this reason I’m leaning towards the possibility that both suffix B parts are afflicted with the same problem although this seems somewhat unlikely.

Maybe you need to give in and ask Google for help to locate that sensor as it sounds like there is a sensor somewhere in the incoming air duct to the cabin ventilation system. Even if you find out its part number from an online parts listing that at least would show you what it looked like so maybe help in locating it round about the heater box area.