All right will have a look; thanks !

So waiting game again now as the passenger side is now done... 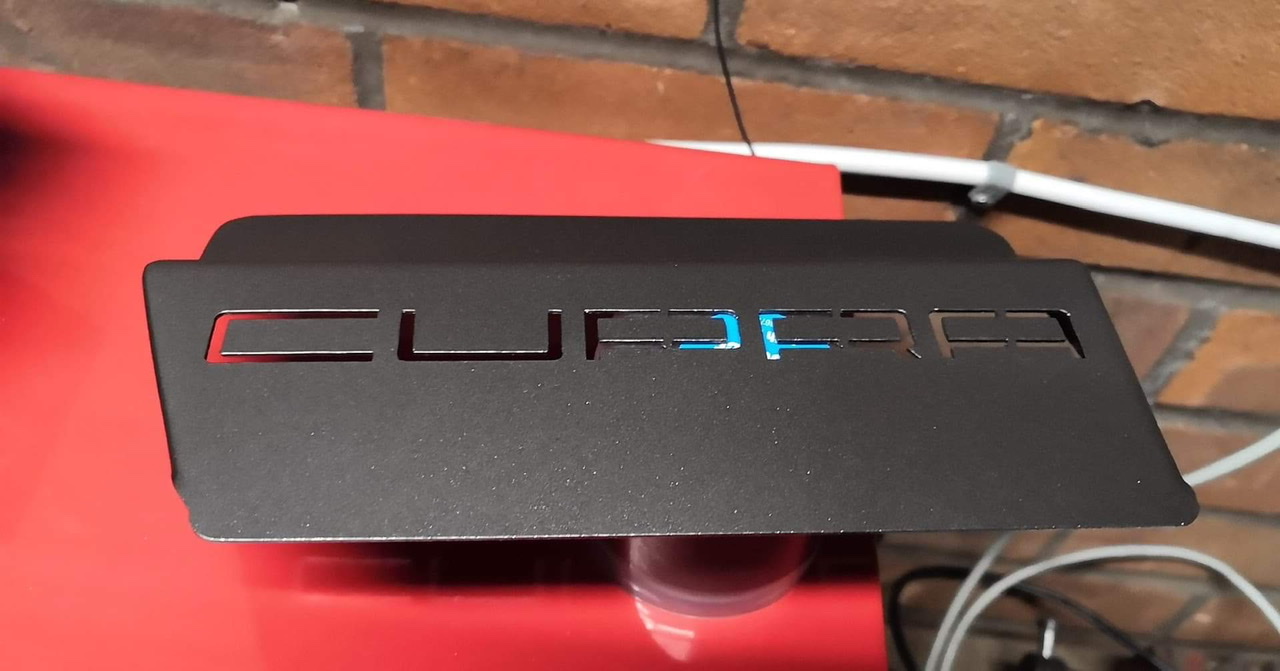 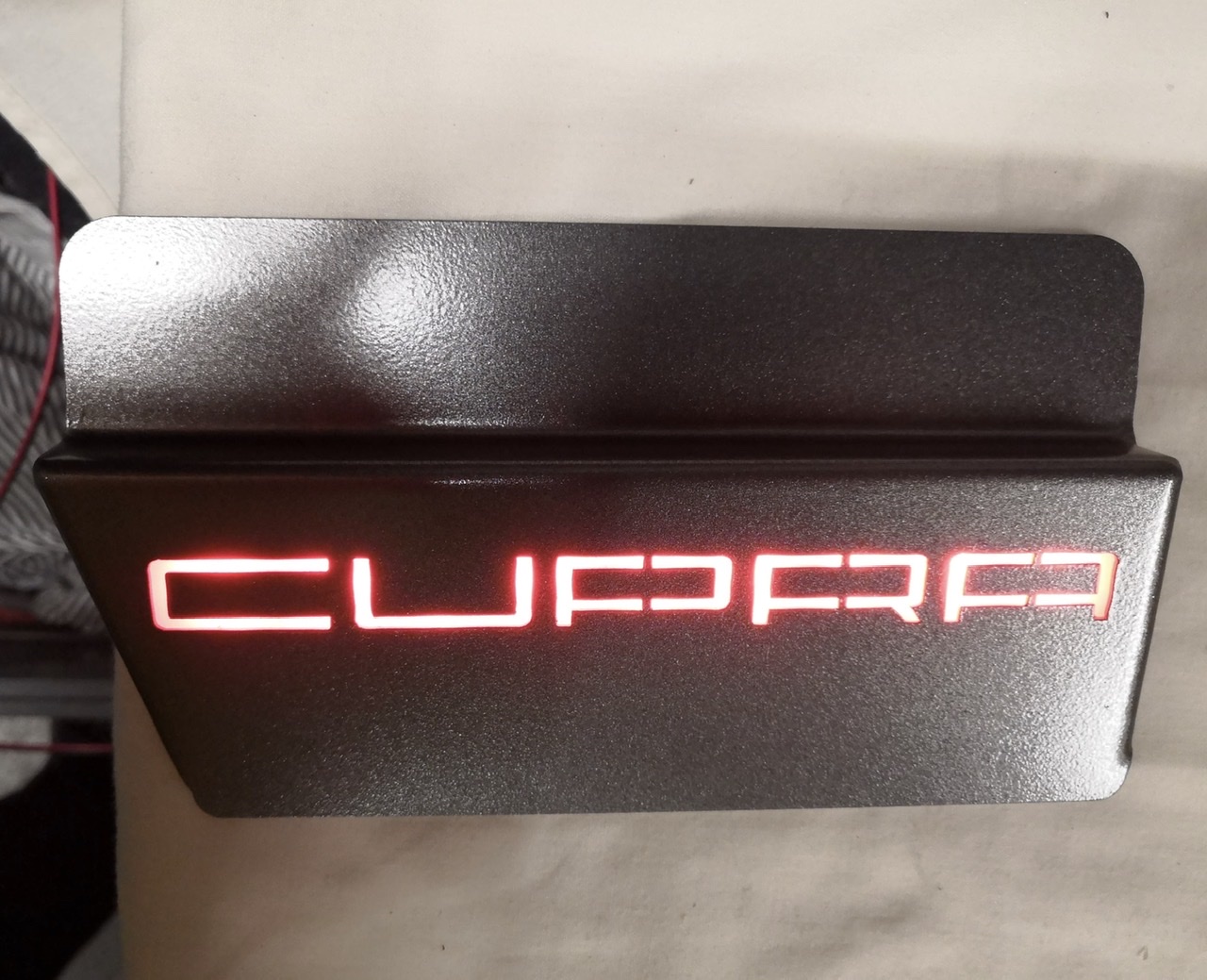 Well the passenger side is finally fitted. Needs a little tweaking as their is a ridge under the plastic, but otherwise I'm really happy Dave has done a cracking job 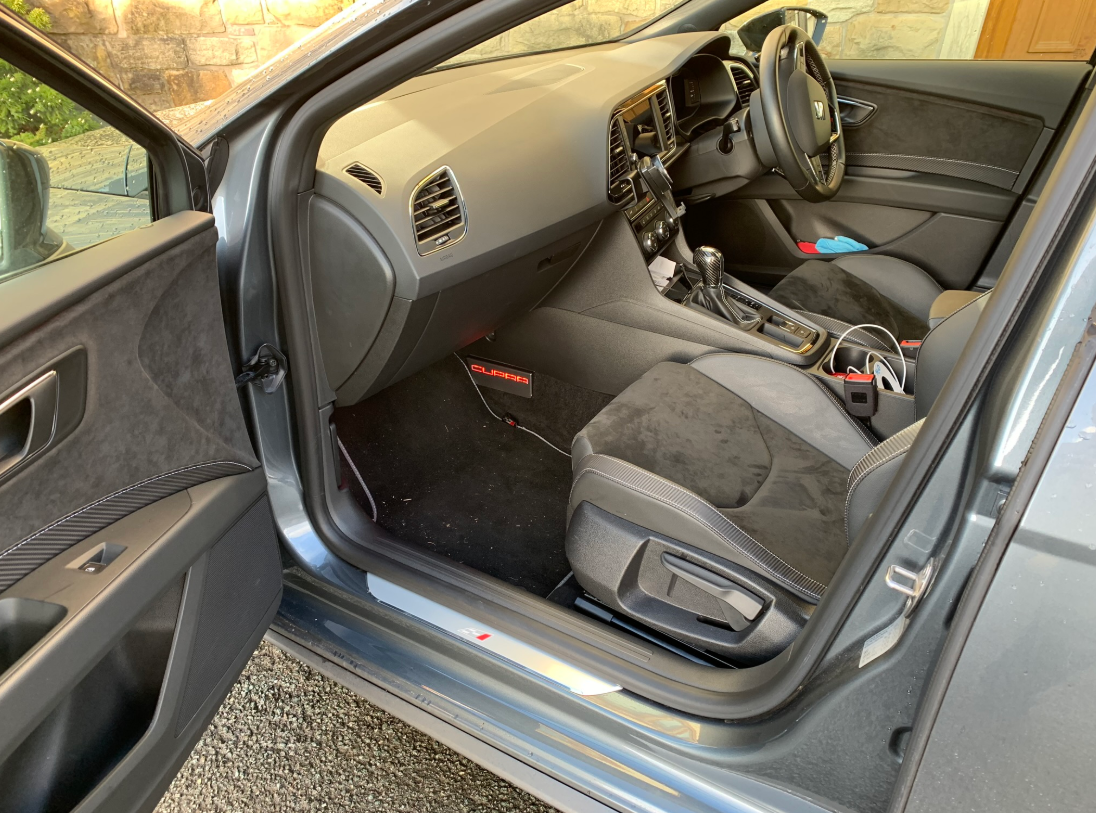 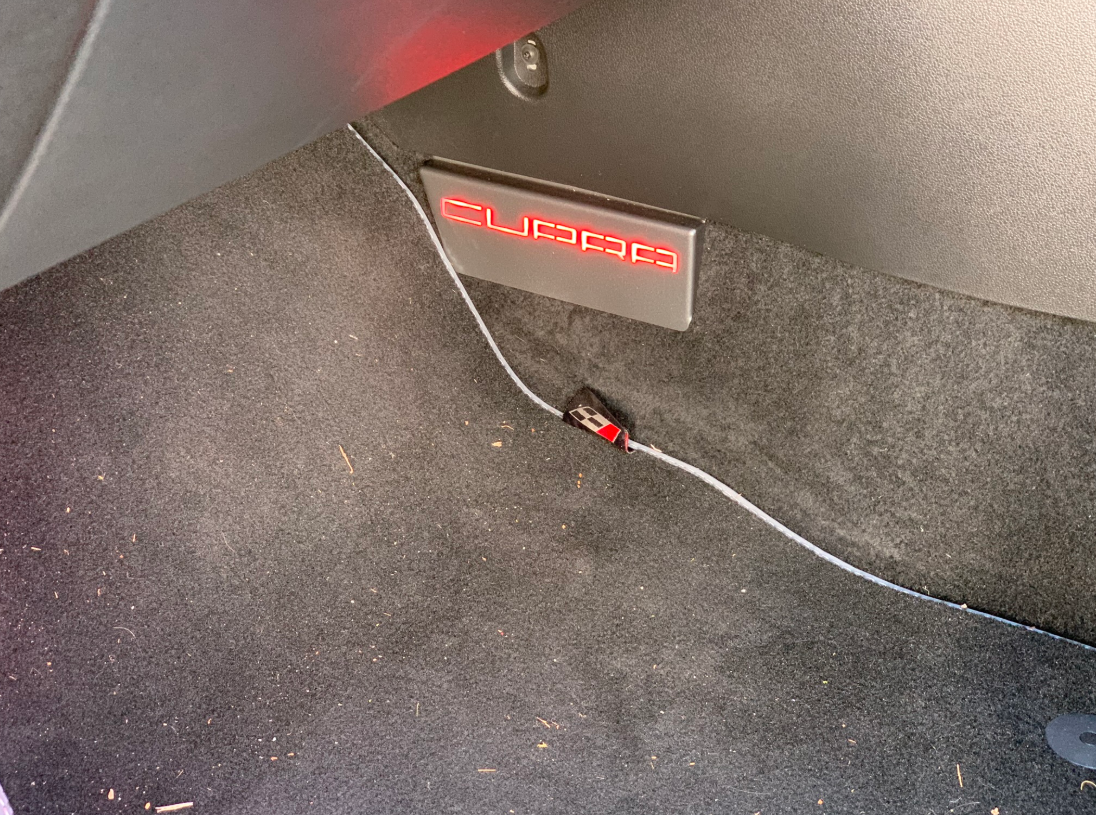 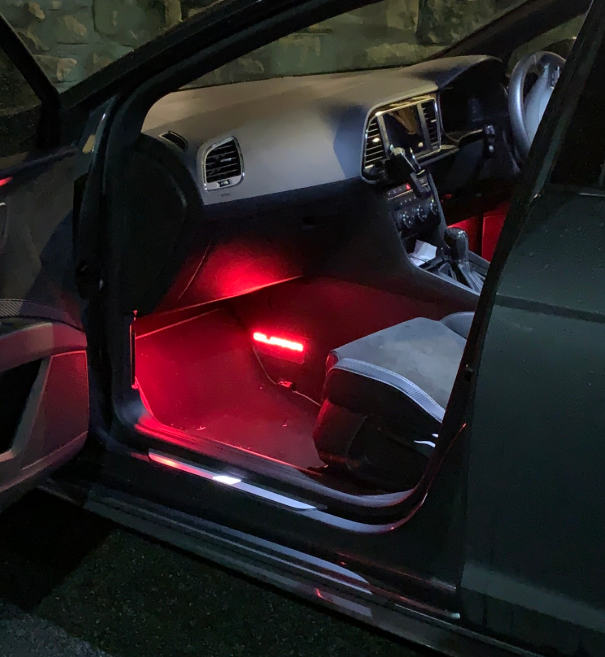 Beauty them. May have to enquire about some blue ones for mk1...
Reactions: Legojon

So massive thanks again to the gents at VAG Manchester and Progressive Parts. Those people following my build thread know my car was under power at the Dyno day, so the car is visiting RacingLine in just over a week. So just to annoy me it pinged for a service.

They don’t normally do services at a weekend, but due to some other projects, @PP Mark agreed to fit me in and at short notice too. So got the Haldex done as well. Filter was not bad after 17k, considering other photos I’ve seen:

Thanks to also to @PP Gareth for the entertainment, and Tom for all the hard work on the car!

So I have a few mods in the works. Painted rear bumper insert (body colour) and the Maxton rear spoiler lip (also to be painted body colour). However I also bought a second set of R grills now that they're easy to get.

As every person and his dog now appear to be getting their hands on them though, bought them to make mine look a little different.

The ones fitted are currently painted all black but this was too much, so the inserts are wrapped with some 3M 1080 Matt Dark Metallic Grey:

However I can get the new grills painted however I like. In my head I want the black painted body colour, and it seems to look good on photoshop, but wondering if if I do the insert as well, or leave the insert black. Or just paint the insert like everyone else. Decisions... 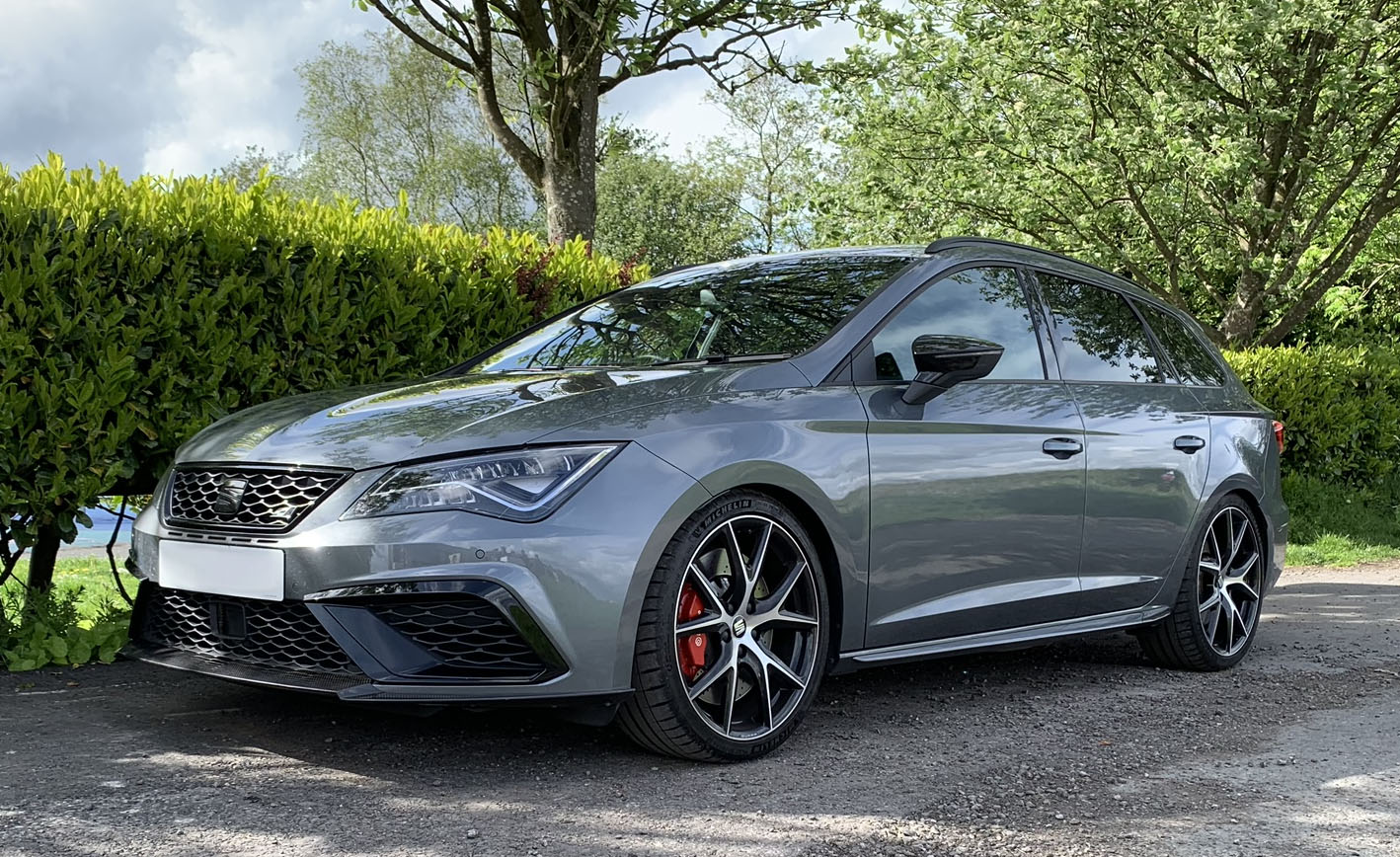 Insert only (similar to as it is now): 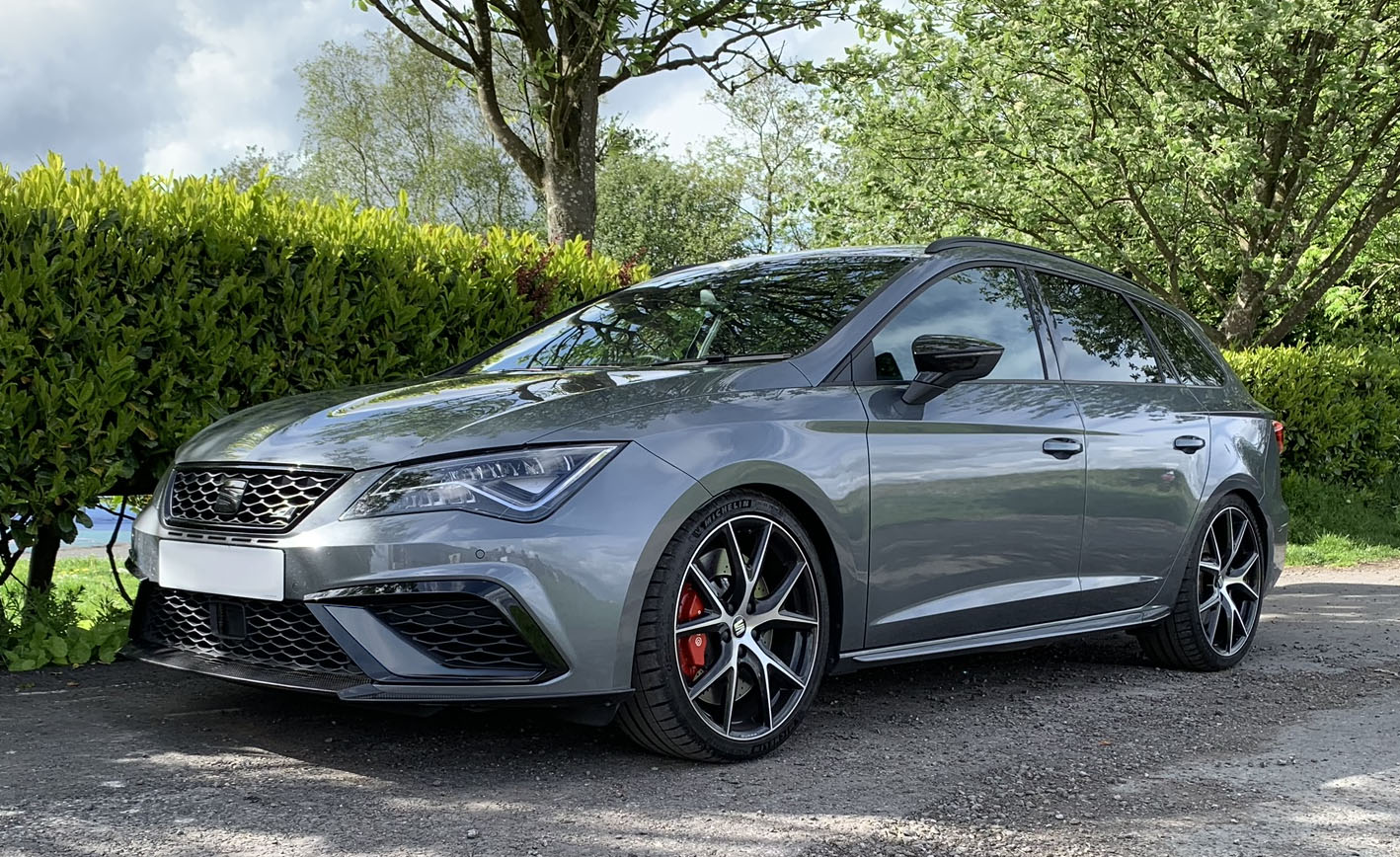 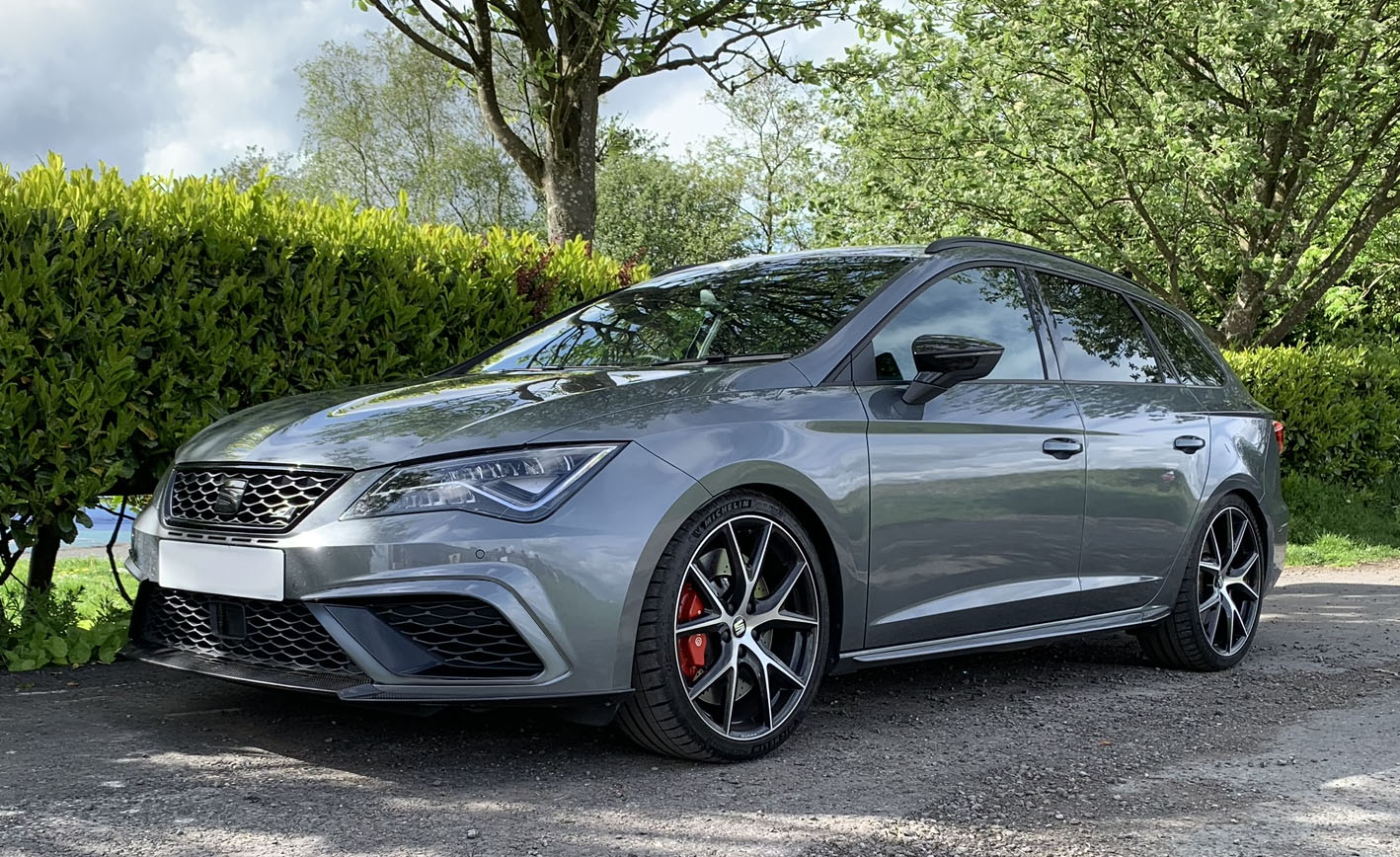 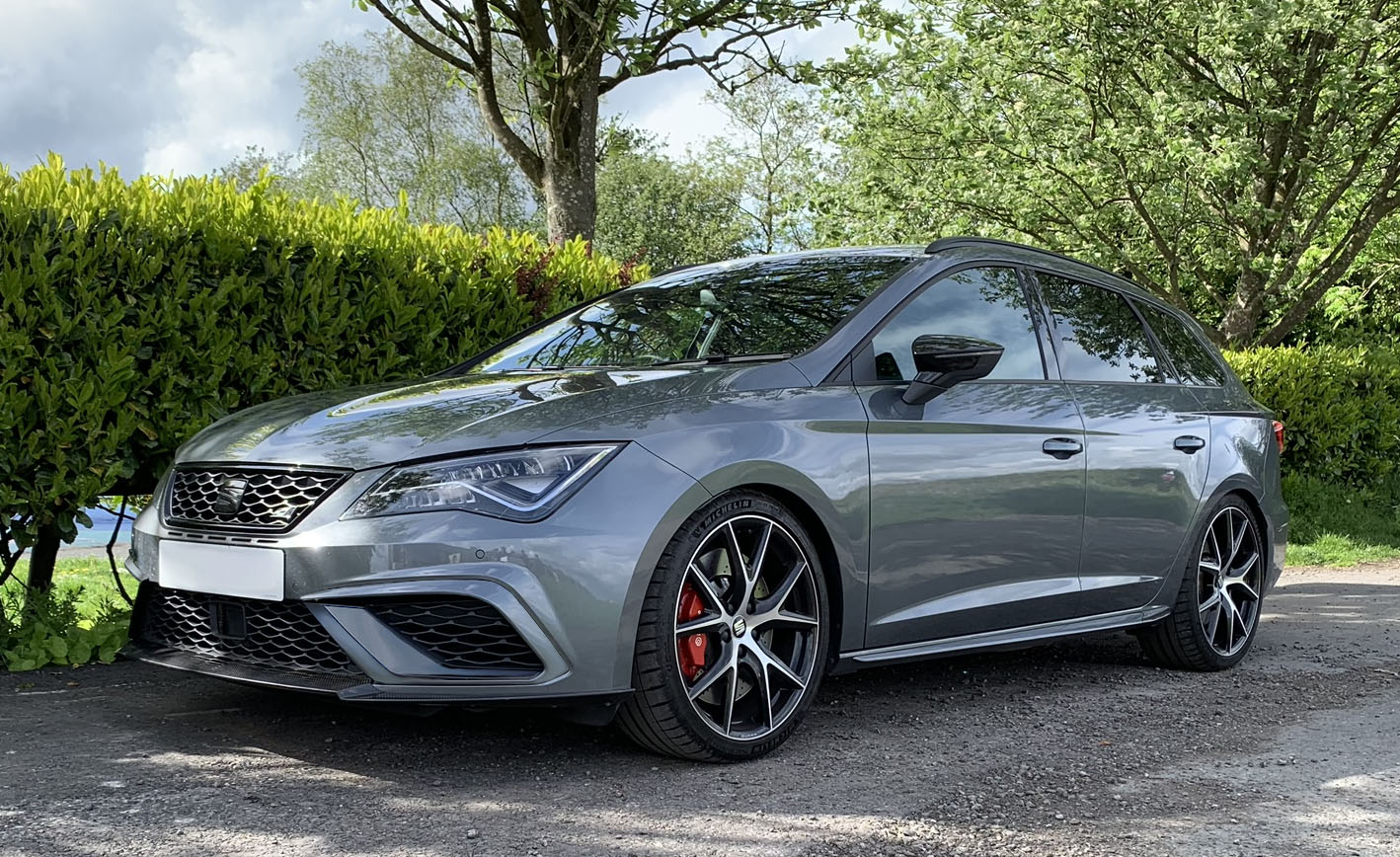 I like that! Makes the front look much bigger. Good work!

What's your timescale on the other mods you think?

Which one? Fully painted body colour, or the insert still black? Think I'm going to get it all painted, then wrap the insert black if I need to.


Jimbobcook said:
What's your timescale on the other mods you think?
Click to expand...

Just waiting on the spoiler lip, once I have that I'll send them all of to be painted at the same time. Saves on paint cost.

Fully painted for me, looking at mid April for another Doncaster meet will one be ready for then lol

Jimbobcook said:
Fully painted for me, looking at mid April for another Doncaster meet will one be ready for then lol
Click to expand...

Yeah I'd expect so, all depends on when the spoiler lip arrives and the paint shop. And then fitting it all haha none of it will be fun jobs.
Reactions: Jimbobcook

Damo H said:
Yeah I'd expect so, all depends on when the spoiler lip arrives and the paint shop. And then fitting it all haha none of it will be fun jobs.
Click to expand...

I was under the impression that the Maxton Rear Spoiler lip wouldnt fit the ST! Please share your secrets!

wms_F1 said:
I was under the impression that the Maxton Rear Spoiler lip wouldnt fit the ST! Please share your secrets!
Click to expand...

Not so much a secret as a new version for the ST. They say facelift only but the spoiler is the same across all the Cupra ST's apart from the R and special editions in europe.
Reactions: wms_F1

Not so much a secret as a new version for the ST. They say facelift only but the spoiler is the same across all the Cupra ST's apart from the R and special editions in europe.
Click to expand...

Really?! Are they available now??

Look forward to seeing it fitted!

Look forward to seeing it fitted!

People on FB have been told 4 weeks to order. However I've ordered mine through the gents at Progressive Parts/VAG Manchester the site sponsors. Saves on shipping as I'll collect in person.

So this is a massive shout out to @PP Mark from Progressive Parts/VAG Manchester and all the lads and lasses at RacingLine Performance.

So in my earlier post in this thread I talked about the dyno day in November, where my stage 1 car came out with a rather low 334hp and then after a re-flash to a ‘Race’ calibration of the ECU, 341hp.

Now I could of spat my dummy out and gone a bit mental, but Mark kind of did that for me, although he was more a twitchy eyebrow than a full on tantrum like I could of had. He promised me he’d get it sorted.

Due to personal circumstances, I wasn’t able to get my car to VAG until Jan, to double check again that the car was healthy, But also for some proper logging of the ECU. Everything was fine with the car, and the logs examined by Racingline as well as the ECU data. They flagged the ECU ID as one they were aware of, and asked to see the car directly.

As it happened after speaking to someone else with a Carbon, they said they’d had a similar issue with their ECU with a custom tuner. They ended up changing to a more experienced tuner to sort it.

So yesterday was the day I was able to get down to Racingline HQ.

And what a day! Not only did I walk away smiling, with a very healthy car after being really looked after by a great bunch of people. I also got to spend a morning unsupervised driving their Stage 3 Golf R, Stage 3 Ceramic Brakes and some secretive development suspension that was very cool. 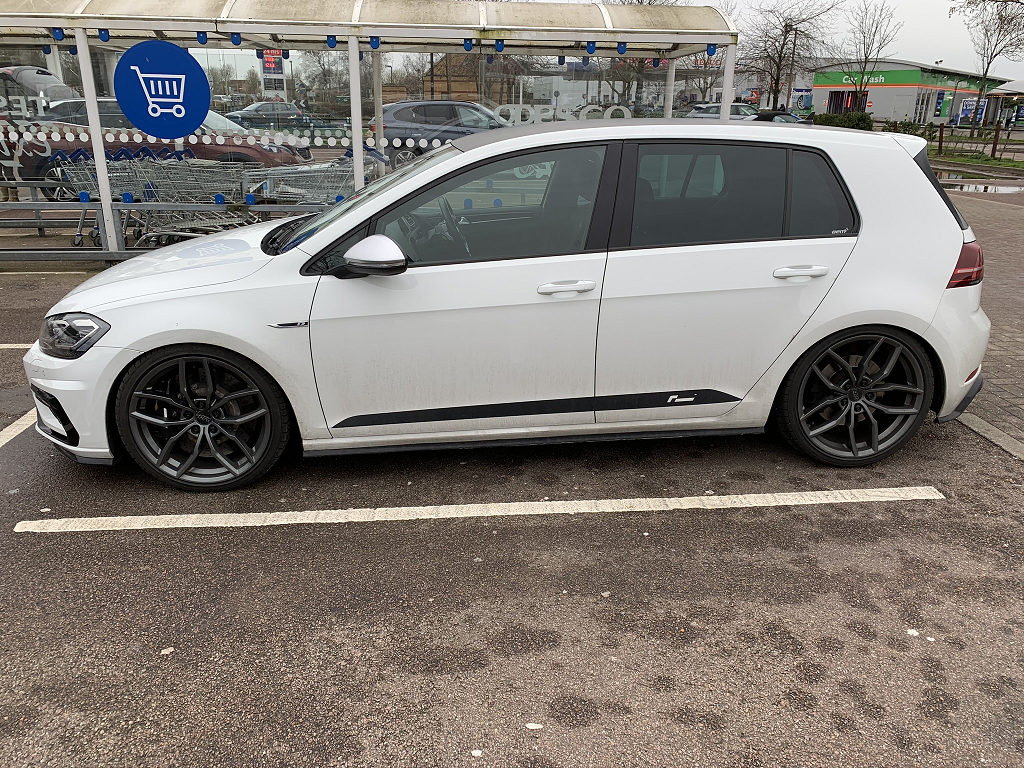 Anyway whilst I was out driving the Golf to Tesco (to warm the oil) and bringing it back the scenic route, my car was on their Dyno (more on that later).

As expected my car produced 330hp so comparable to the numbers from unicorn.

They then took their original Stage 1 calibration off and it produced 310 stock (but it does have the R600 etc) so the car is defo healthy.

So after a new calibration they were still not 100% happy and wanted to double check what fuel was in it. After confirming it was running on V Power 99 as always they did another tweak and re ran everything with the result that raining it back a little mid range, ended up giving it a little more top end. I'm putting it simplistically after seeing what they did later there, as it looked very Matrix like to me.

So after a bacon barm (Or roll if your a southerner) we were invited for a tour and a chance to see the Dyno: 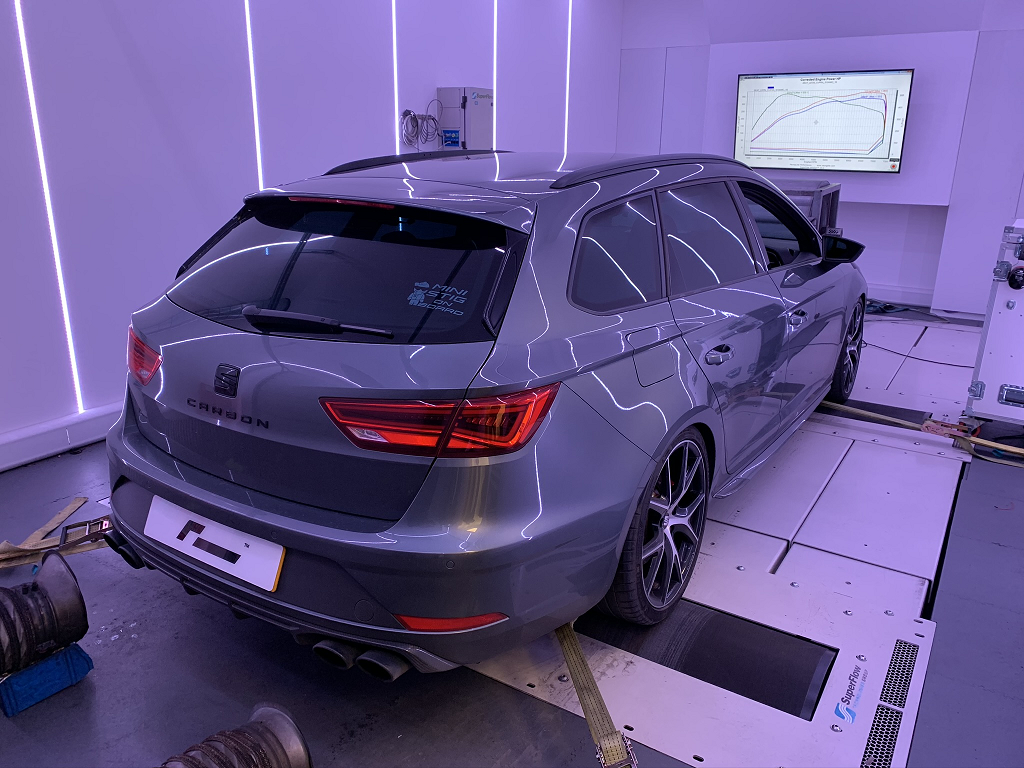 The fans on this thing are immense. Don't be fooled by the fan at the front, thats just to help direct the flow to the radiator more. I was stood behind the car, and the best way to describe it is like having my head stuck out the sunroof on the motorway. 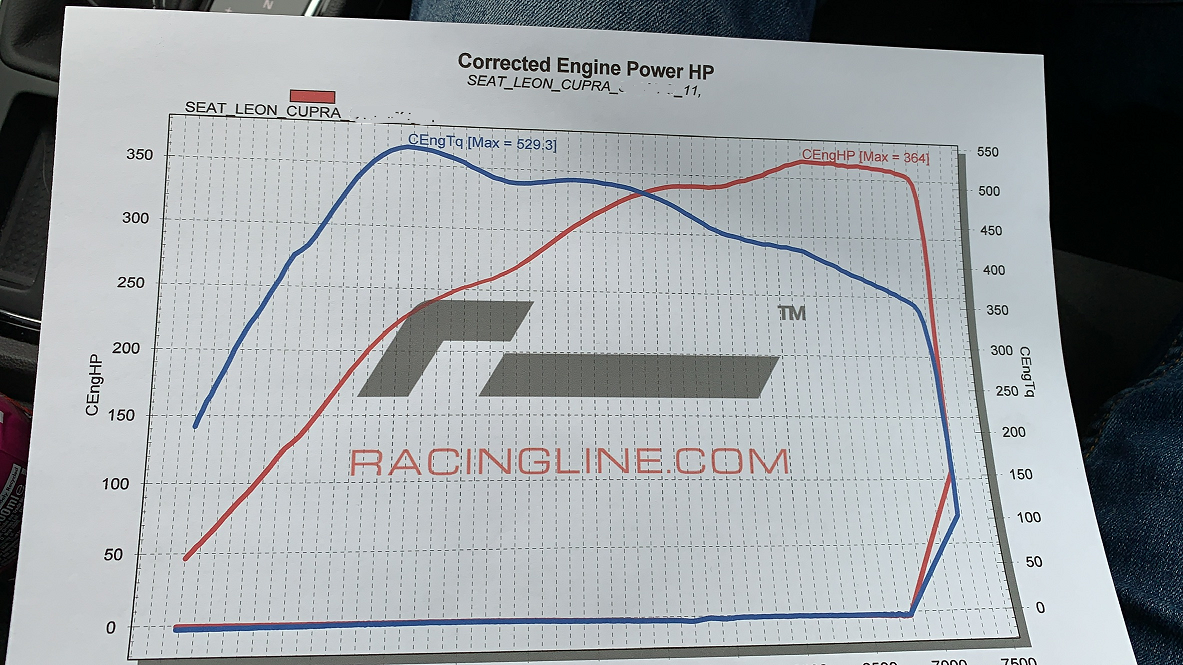 So a very happy man indeed.

Another honourable mention to @paddy6789 for tagging along for general mischief.
Last edited: Mar 11, 2020
Reactions: The Daily Meme, indyjones, Krafty_Bizkit and 3 others

Fantastic that you have finally got everything resolved and so good to hear how amazing PP & Racingline have been, just goes to show there are still proper good firms out there. 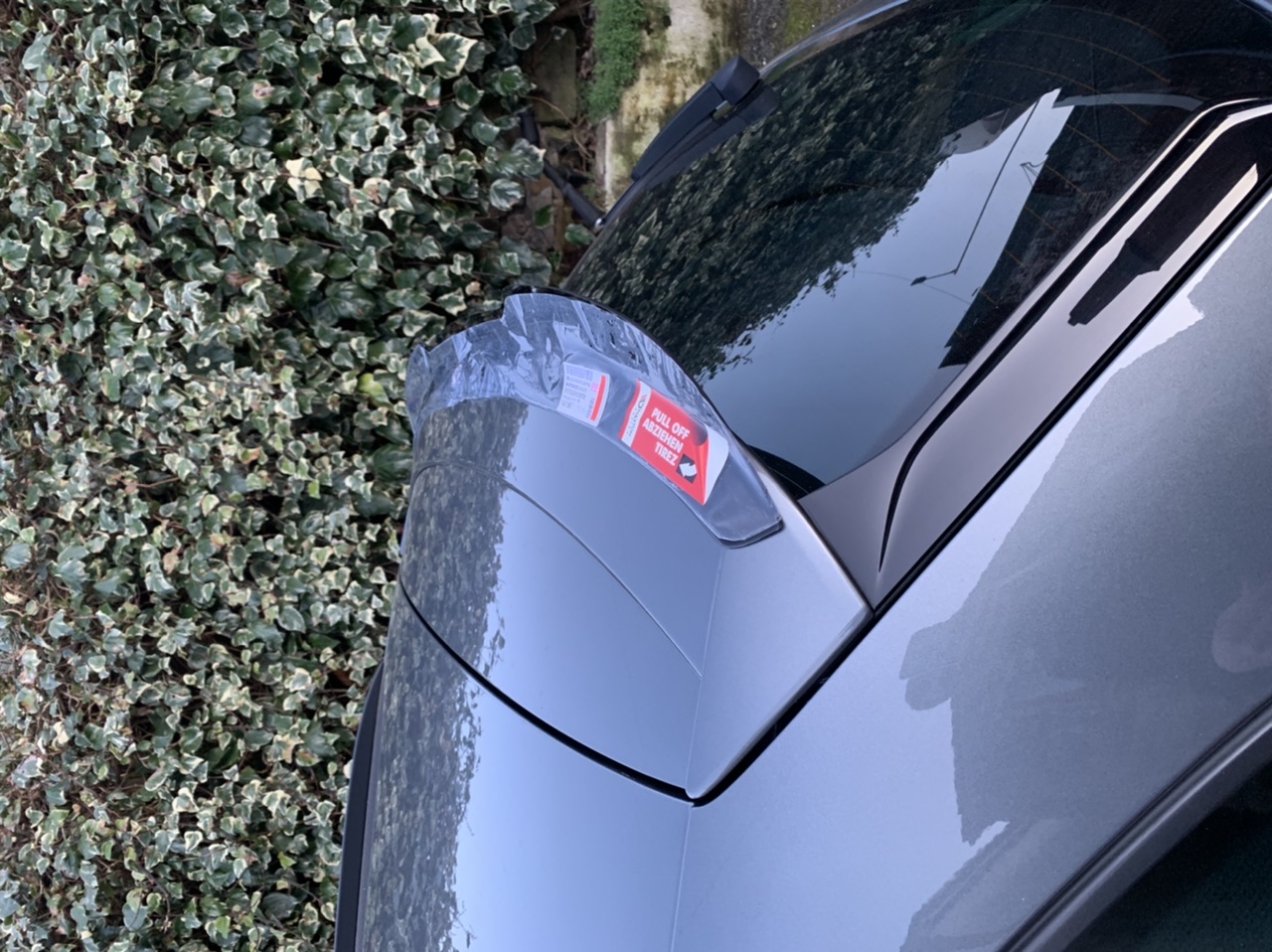 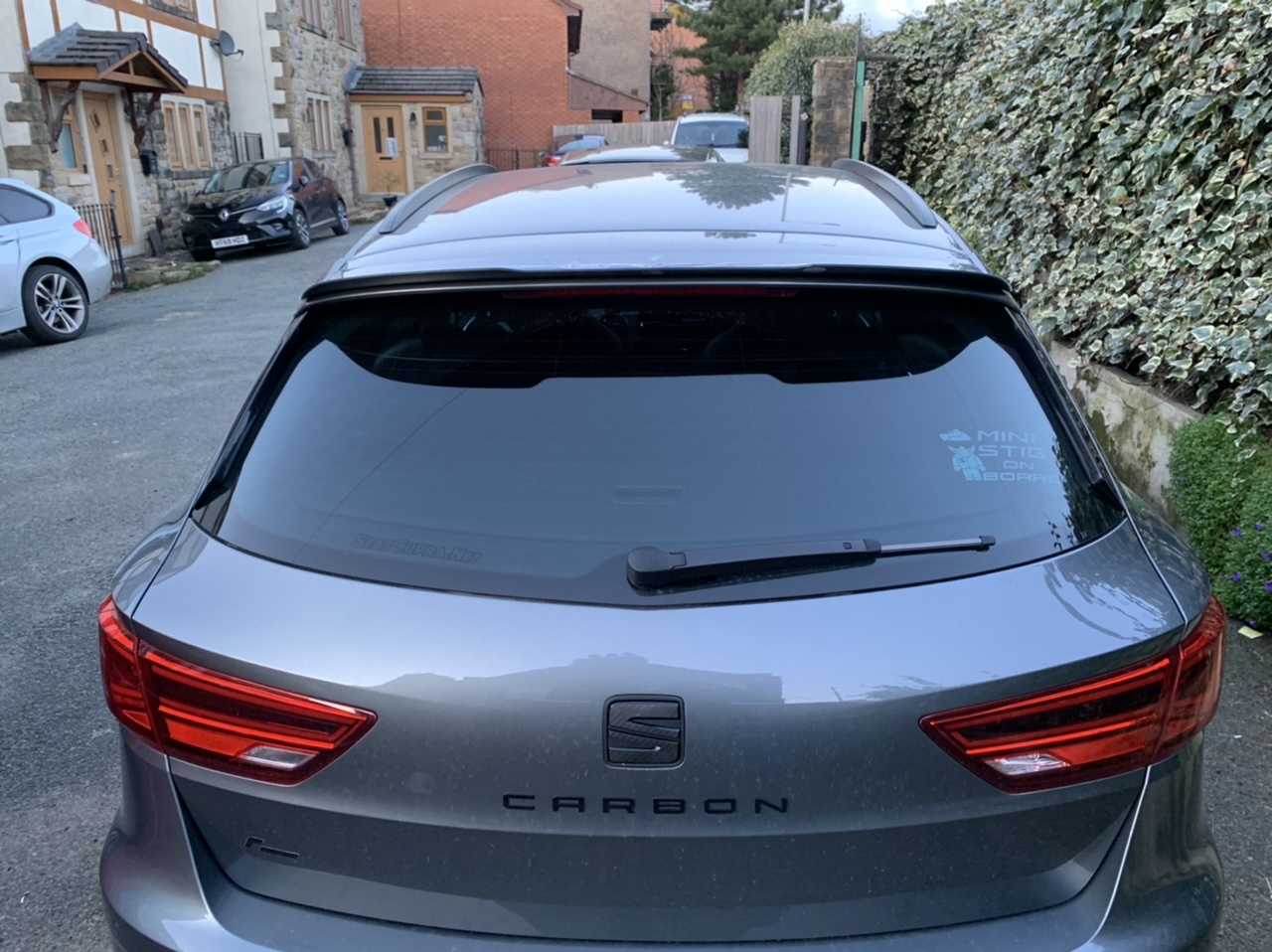 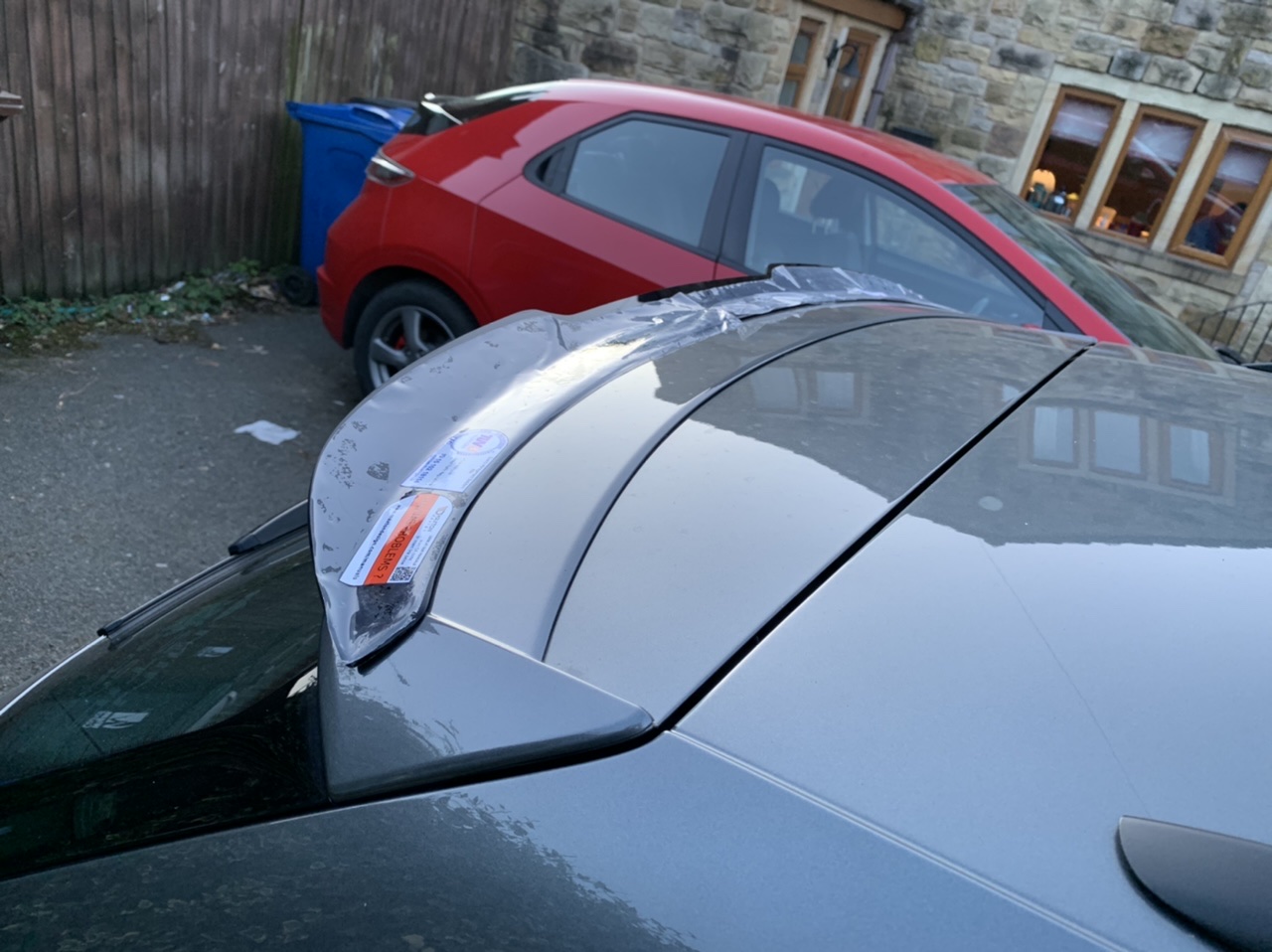 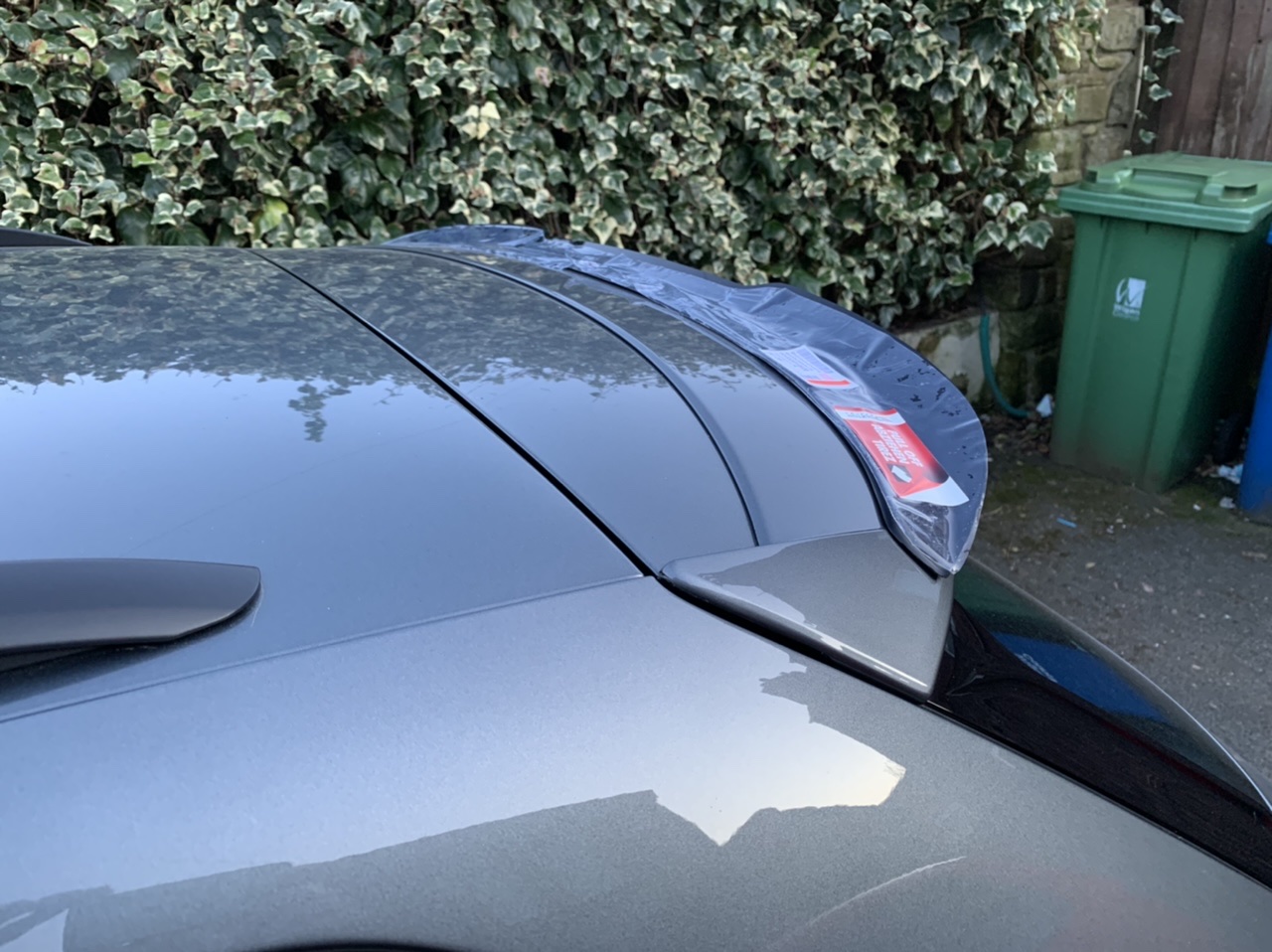 Nice Damp, can you take some nice photos from different angles? I'm also considering to get this for my 300ST.

This is the maxton design in gloss black?
Reactions: Damo H 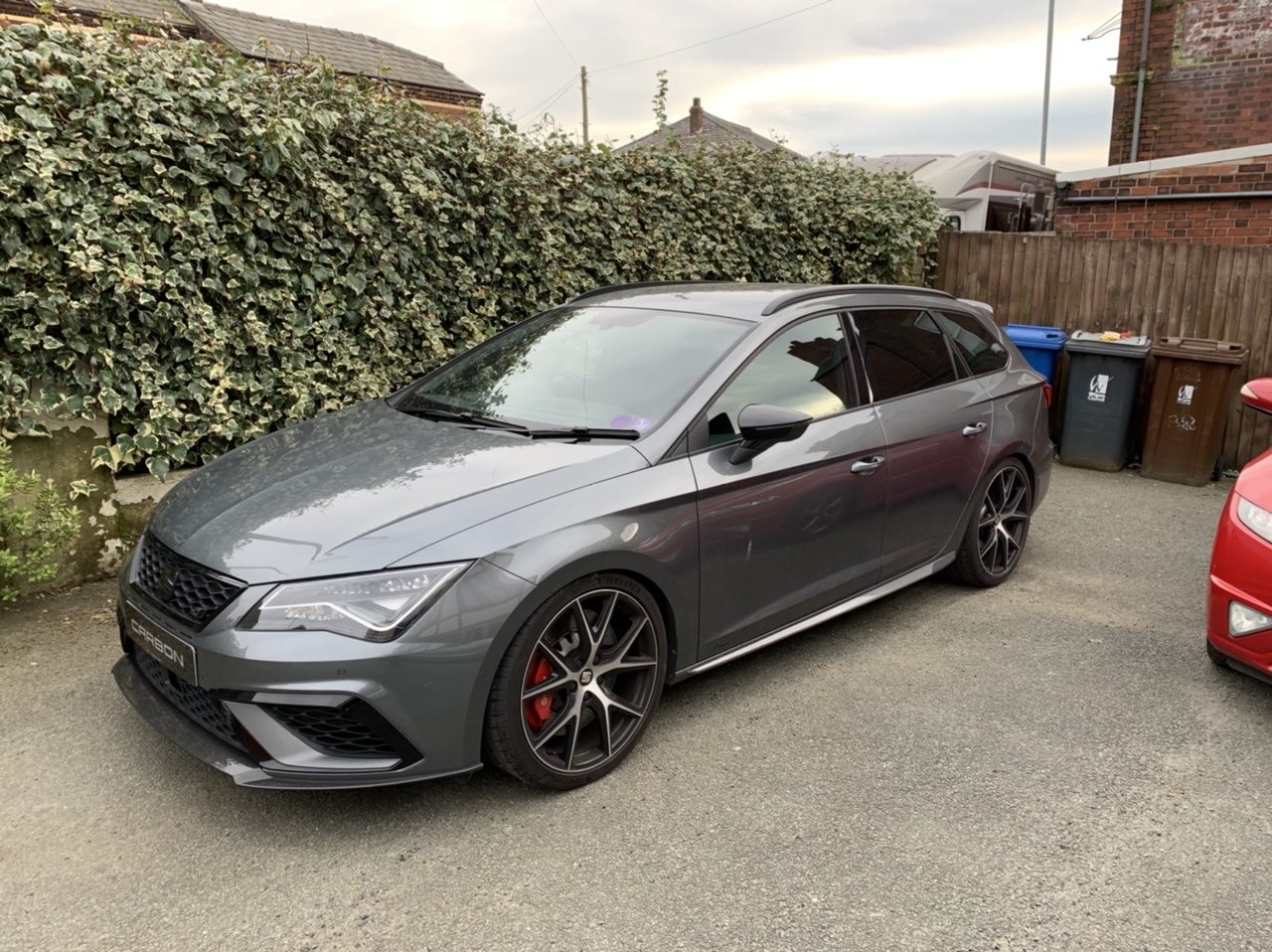 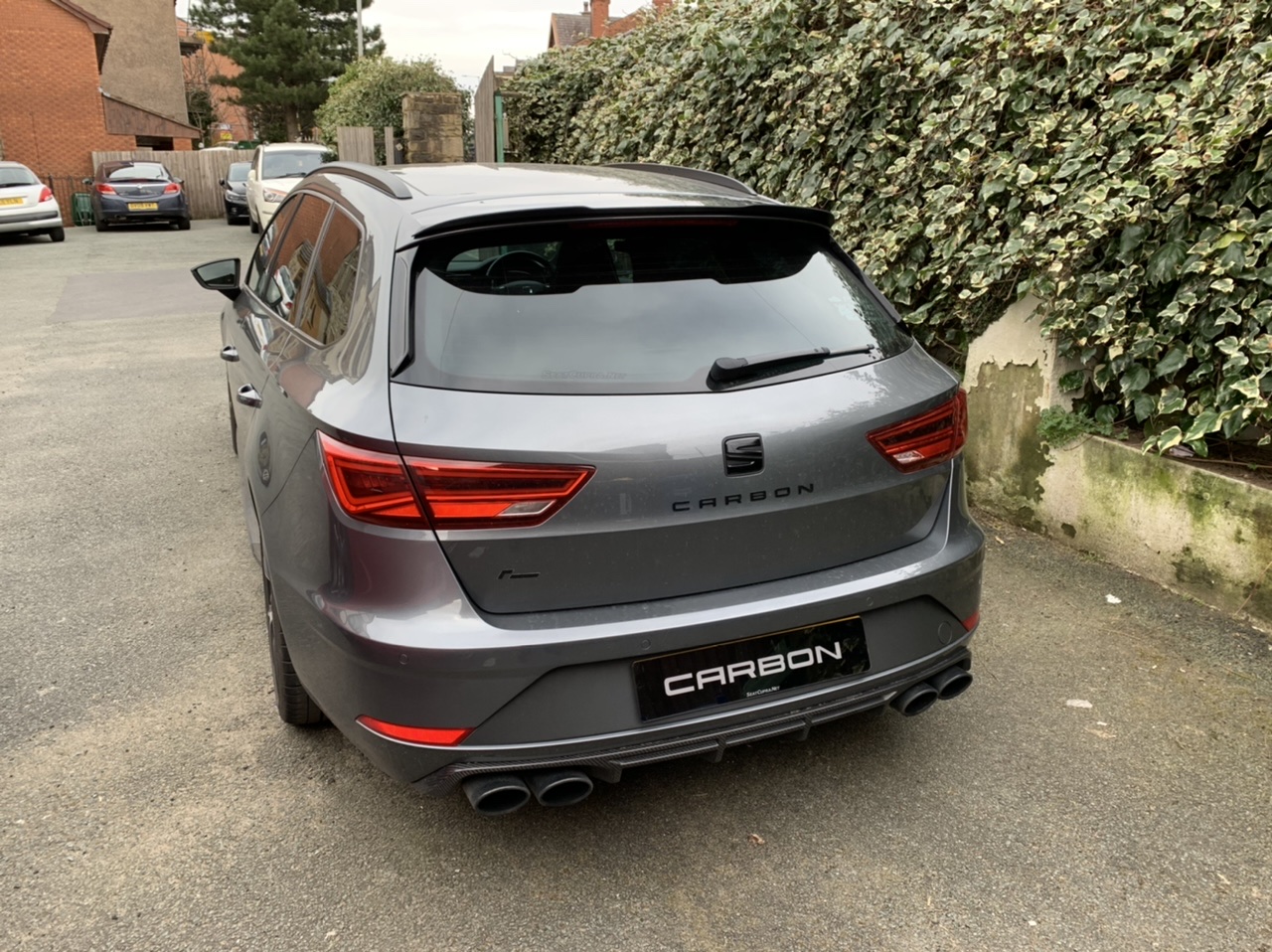 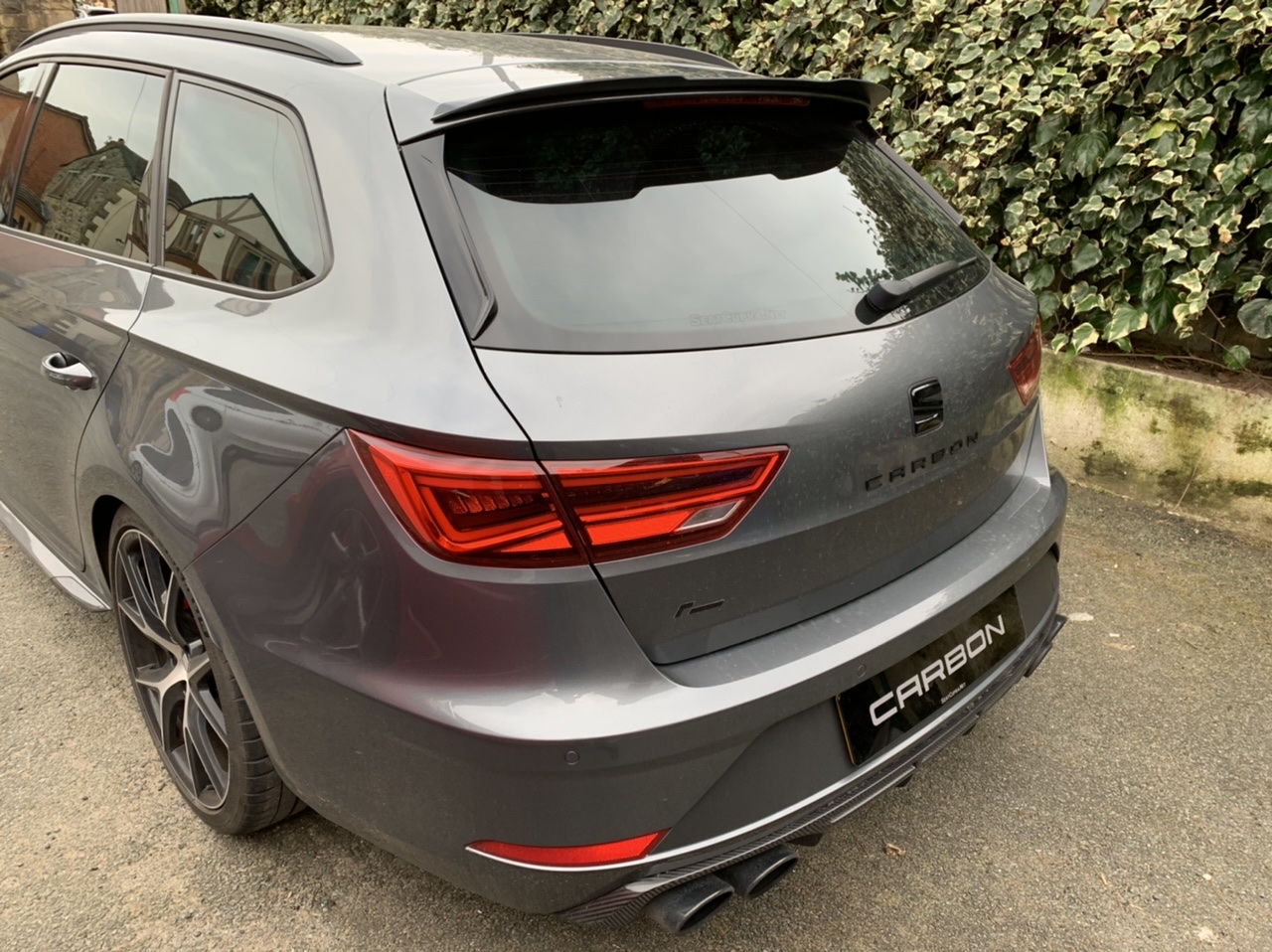 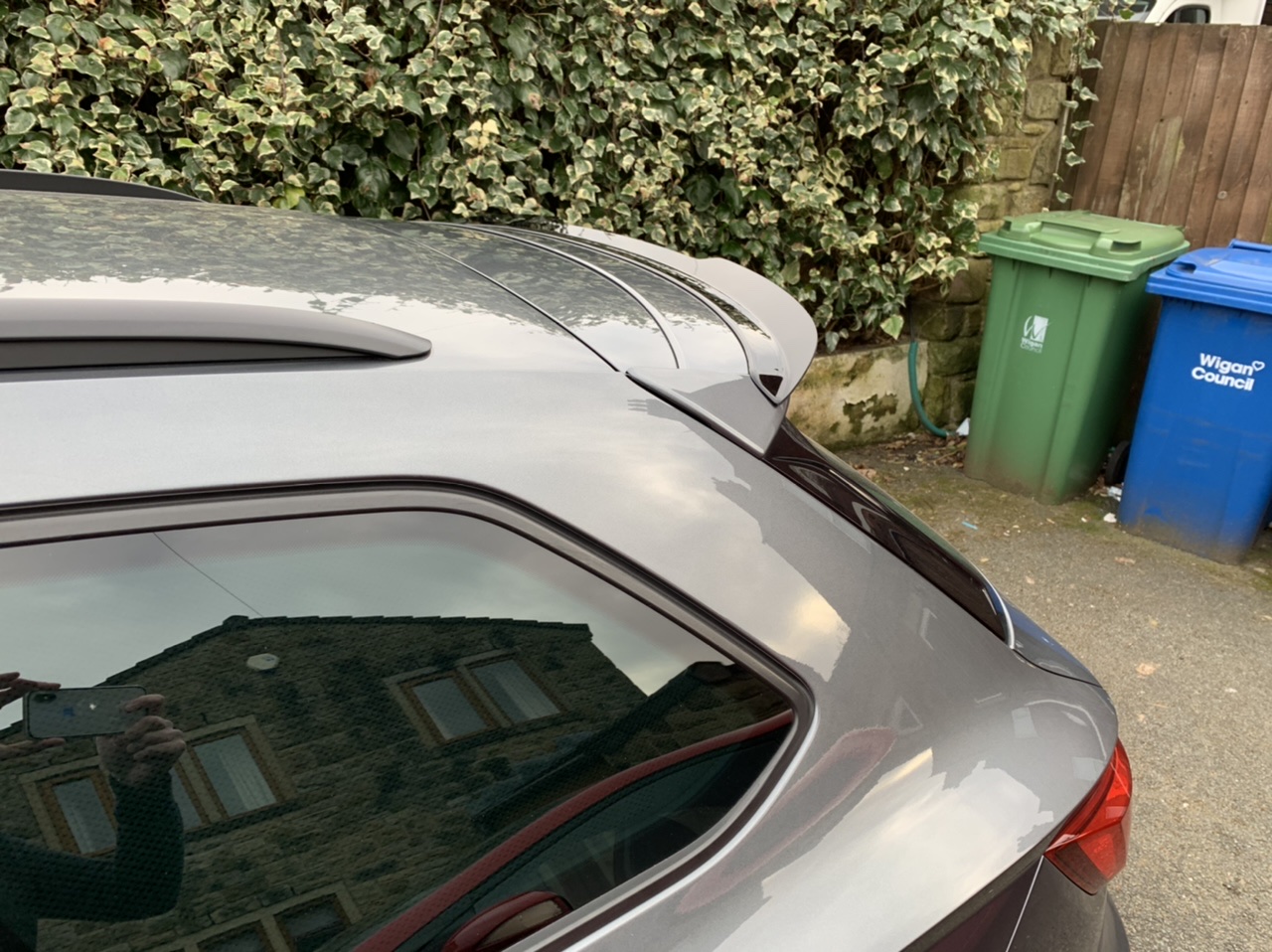 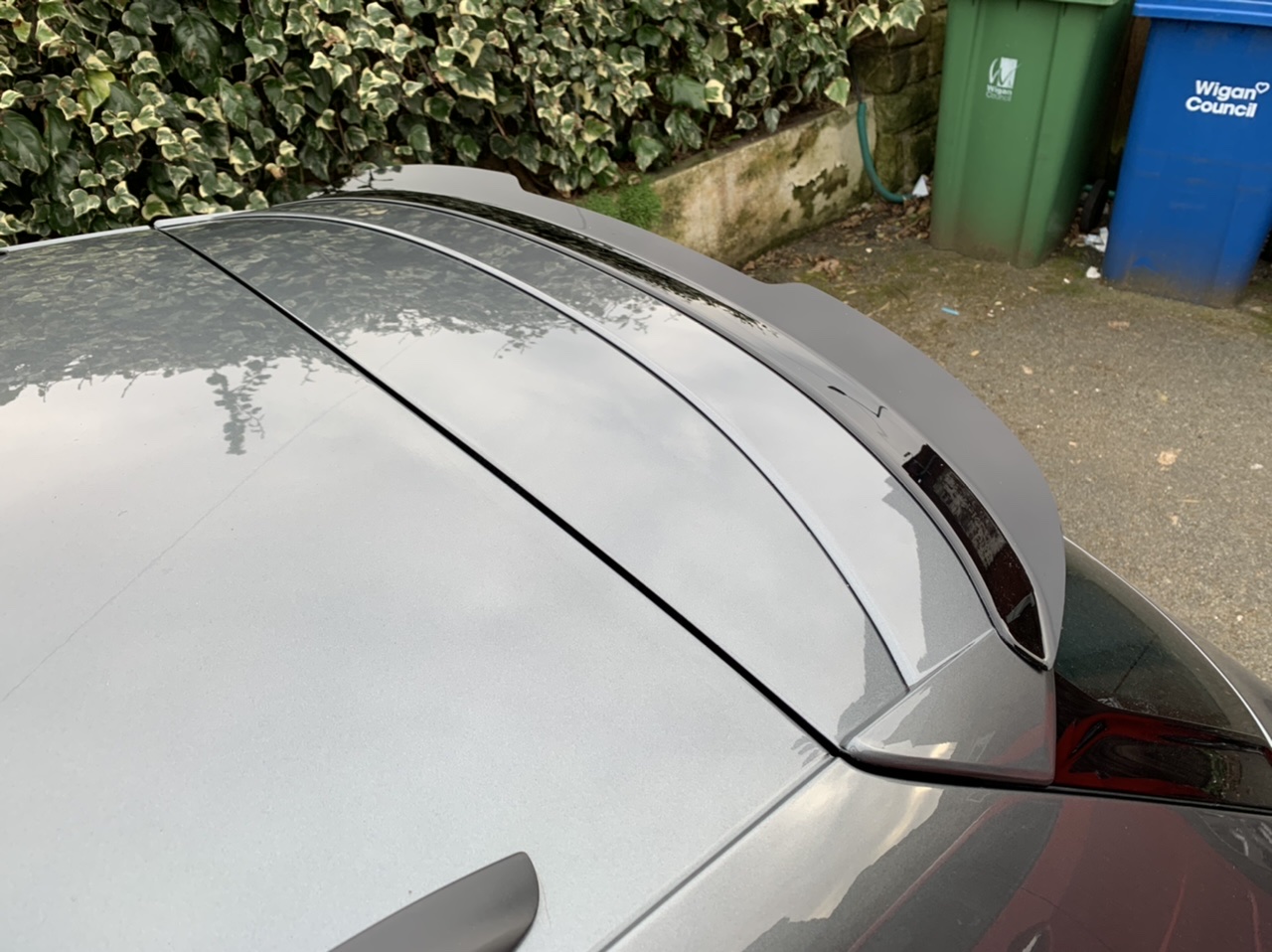 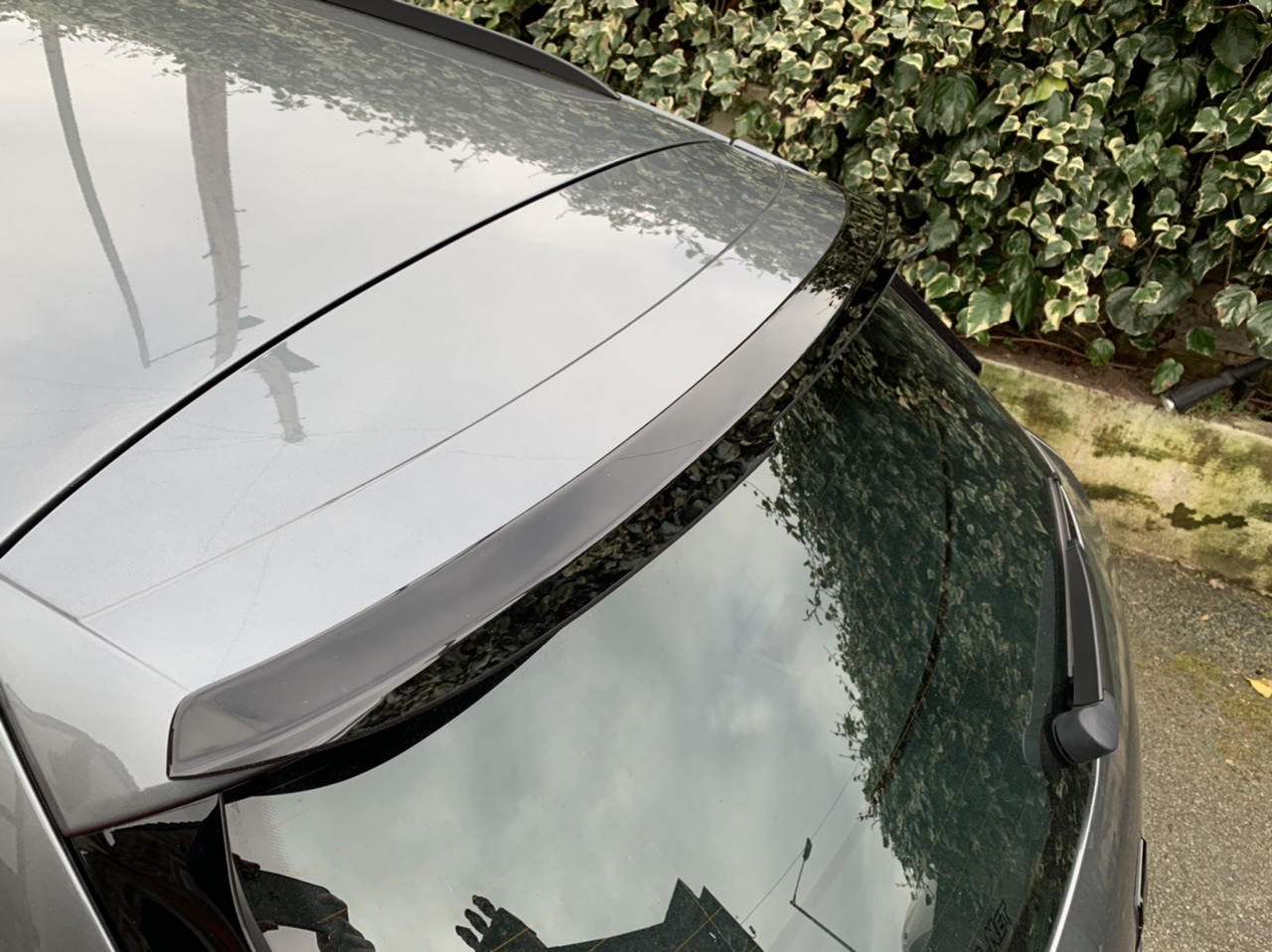 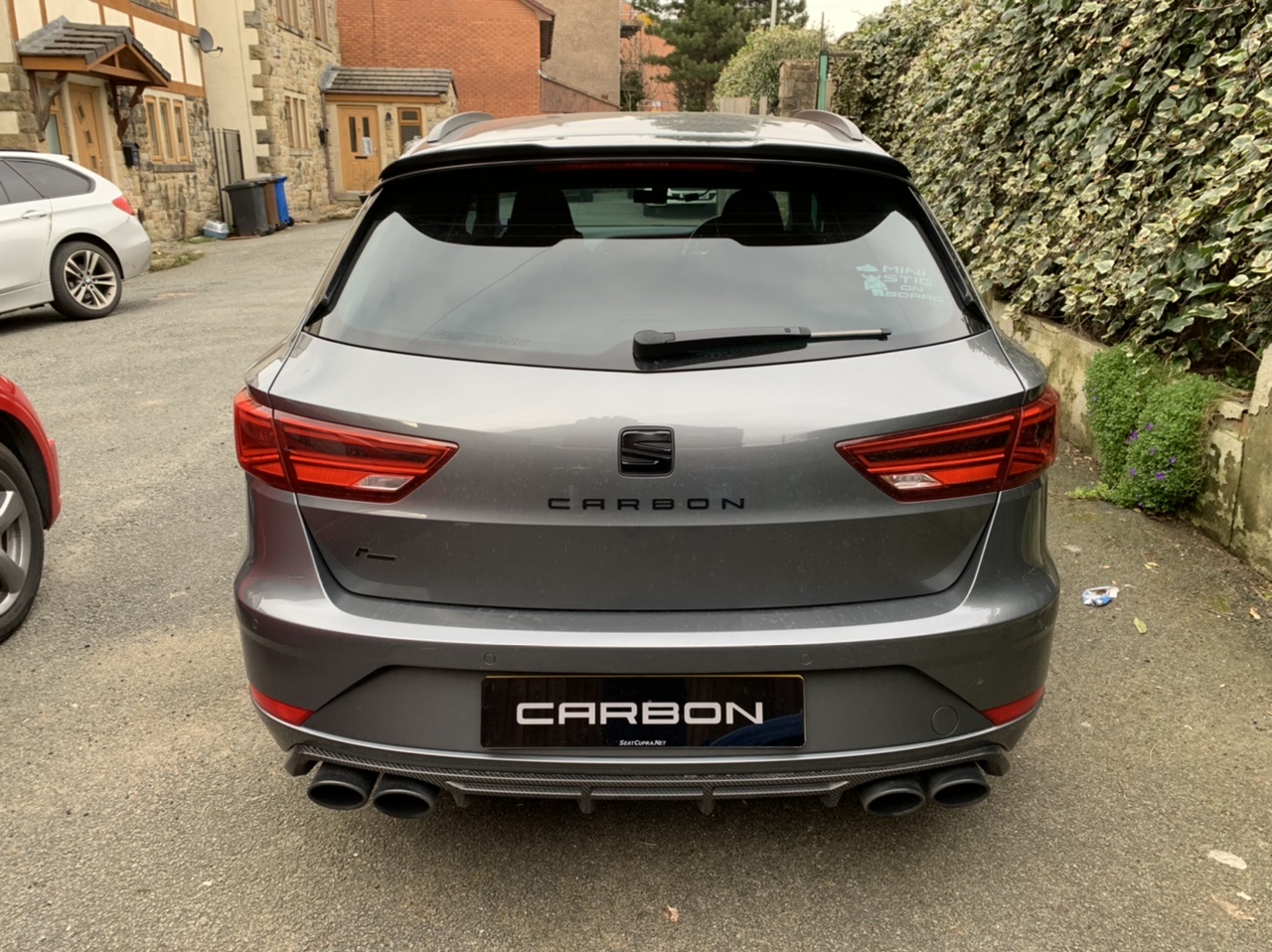 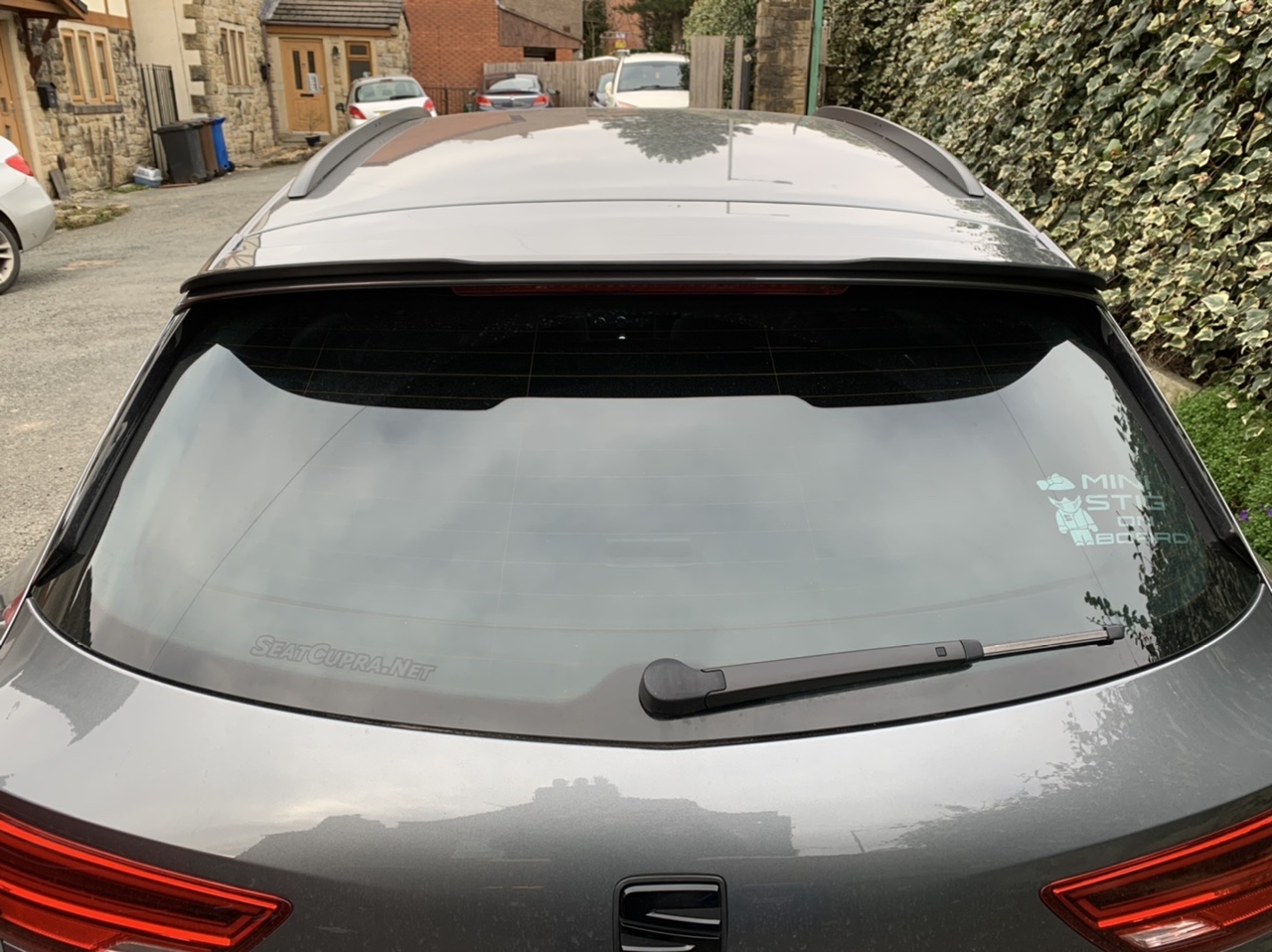