You are using an out of date browser. It may not display this or other websites correctly.
You should upgrade or use an alternative browser.
Overview Discussion
Whilst the 2016 Ateca Xcellence was called "Full LED" it wasn't as full LED as it could have been at launch. The 2018 Ateca became more full LED with the front fog lights added.... rear bulbs thou continue to be filament for 2016-2019 Ateca in the area of indicators, reversing lights (two) and fog light. 2020 Ateca does indeed bring "Full LED" to the front and back.

Candidate external bulbs for changing in 2016 - 2019 Ateca including the Xcellence / FR etc are the reversing lights, the rear indicators and fogs. Others models and years different candidates. How to get in remains the same where filament based.

The pages from the manual provide fitting details and bulb types: 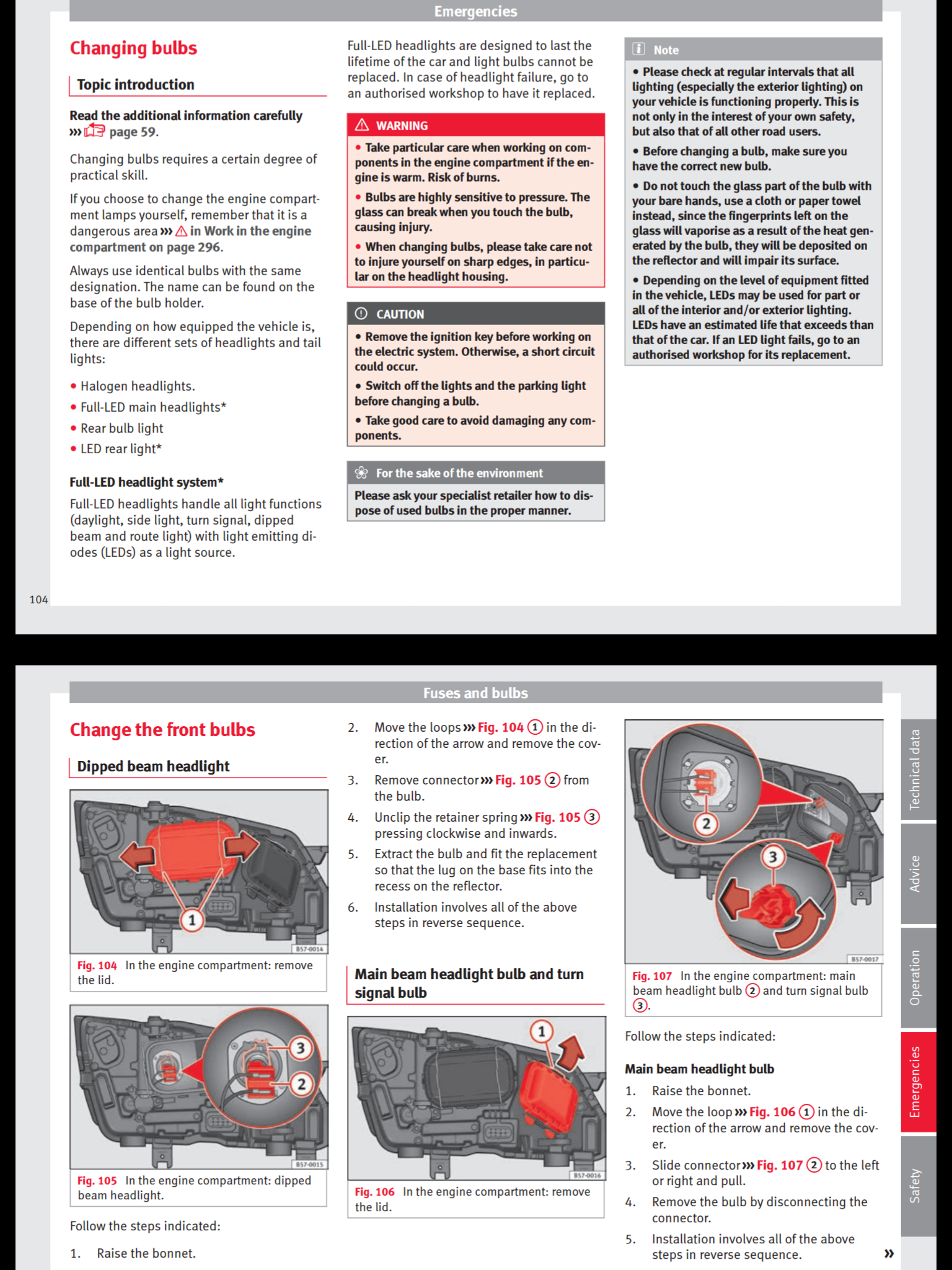 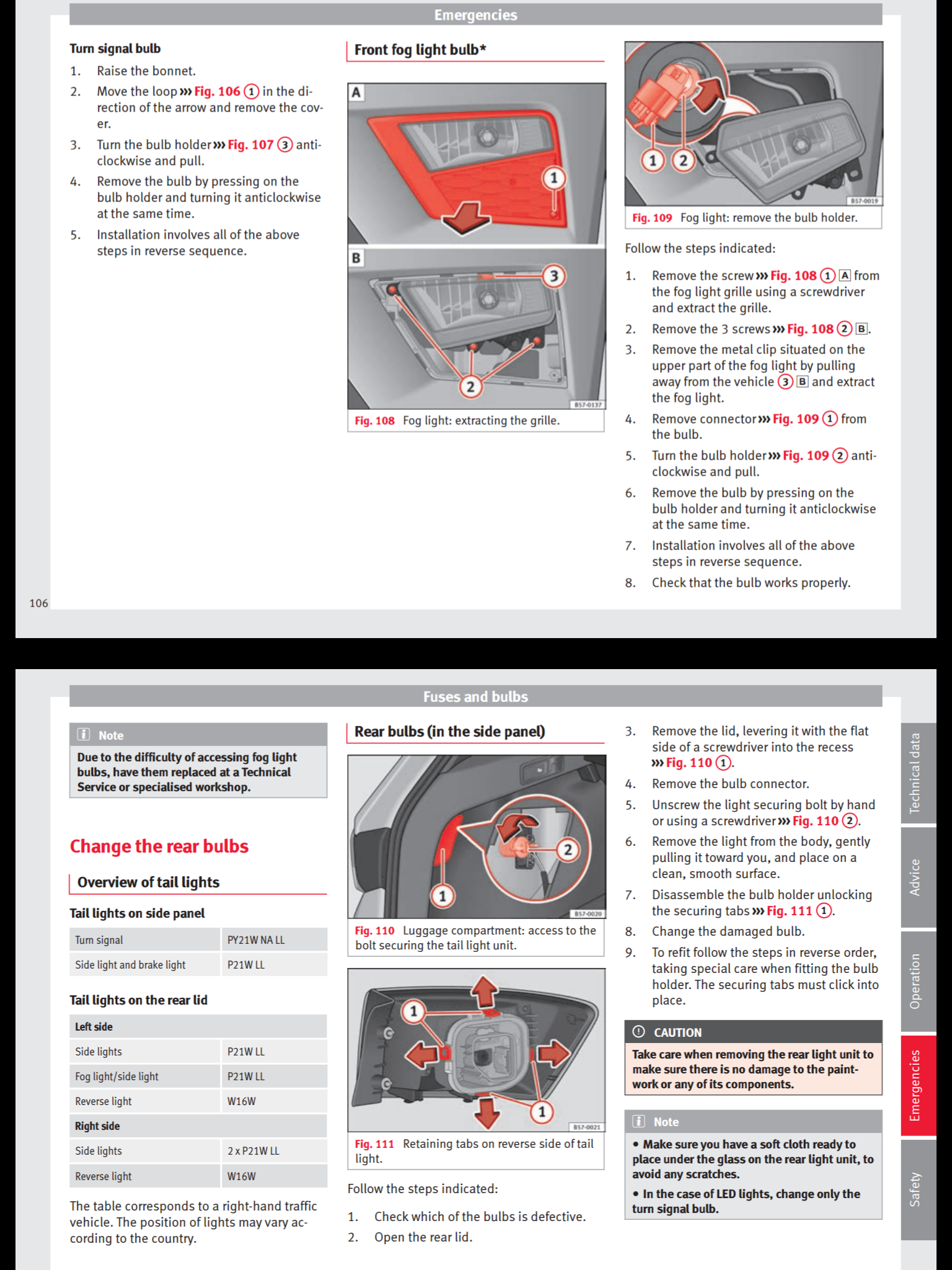 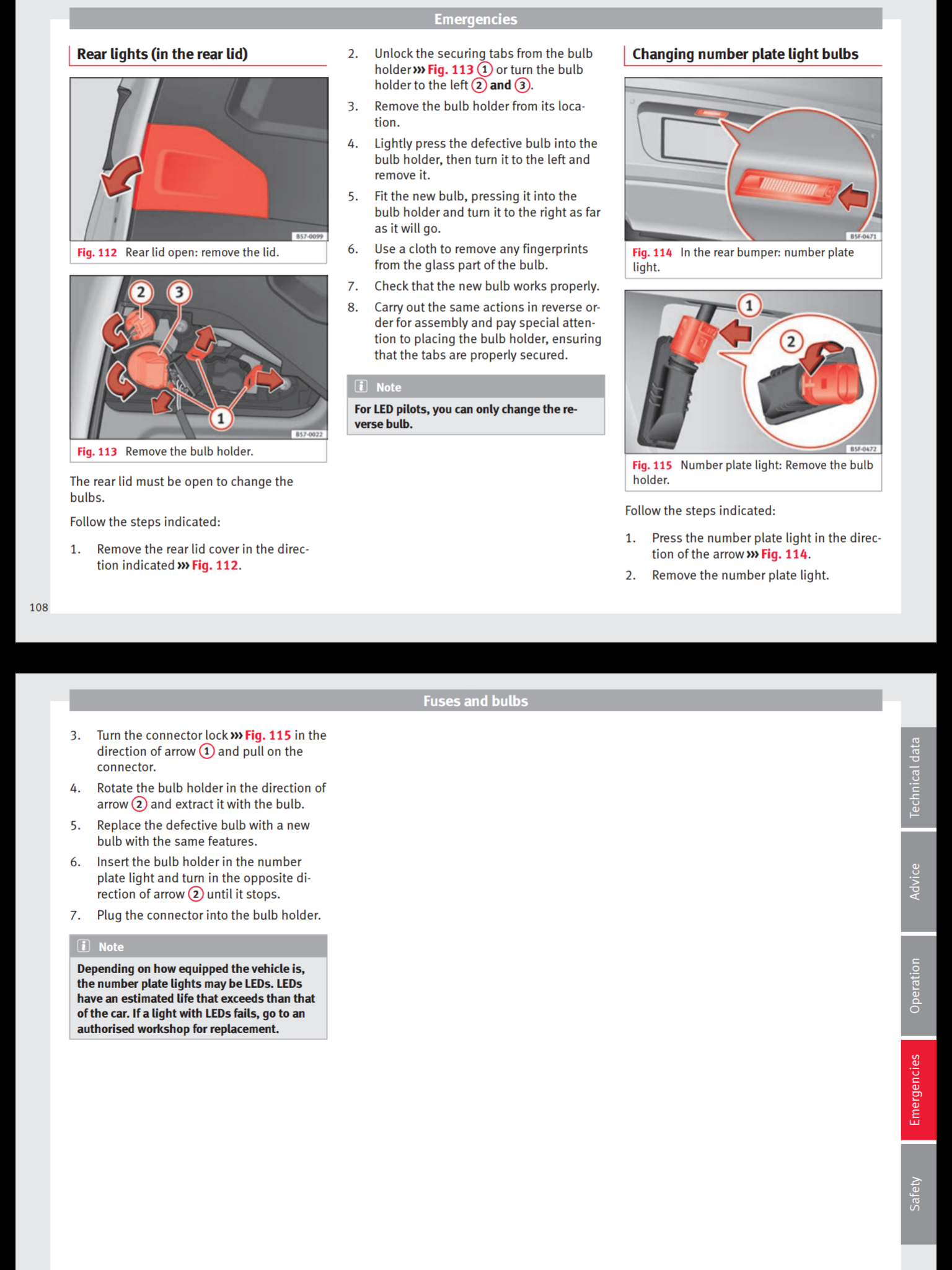 A popular reversing light bulb which has been used is branded under a number of different names MHtech, Flashwolves and Bogao which is all the same bulb which can be Googled - see discussion link:

This bulb offers 32W of brightness against the 18W of the filament bulb.

Easy enough to install except you need to make sure the bulb lead isn't trapped under the bracket else there will not be enough play to remove the bulb holder, replace the bulb and put back into place. If so loosen up the nut and pull the lead out. The access point to the bulbs is behind a sliding cover either side in the tailgate over your head. The replacement bulbs should be handled carefully. Two bulbs one either side.

From the Seat manual 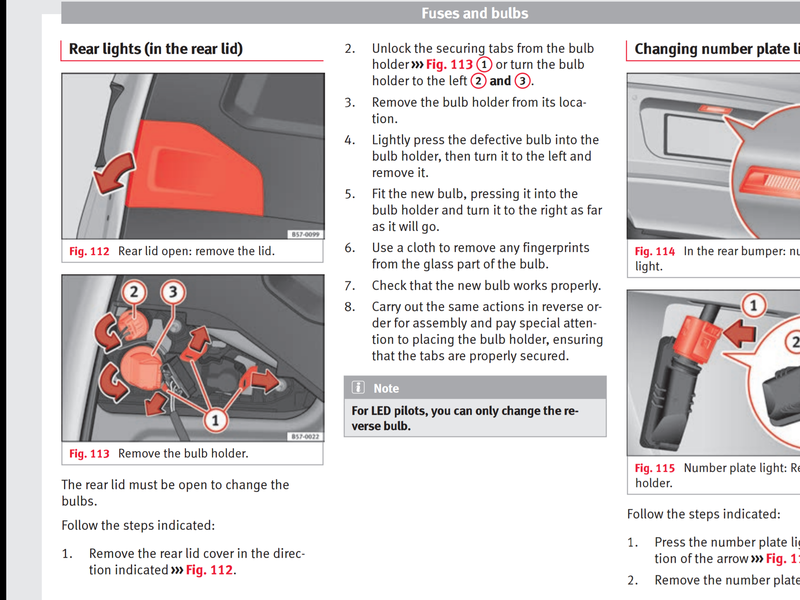 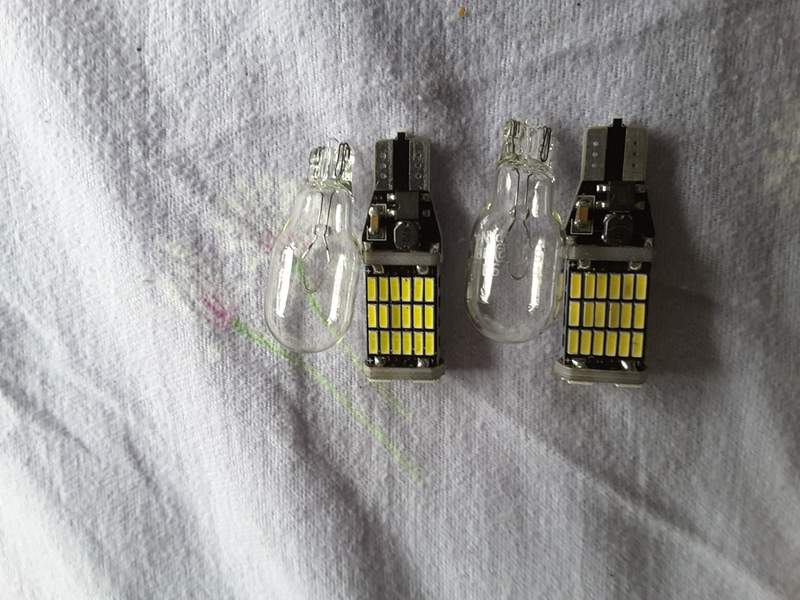 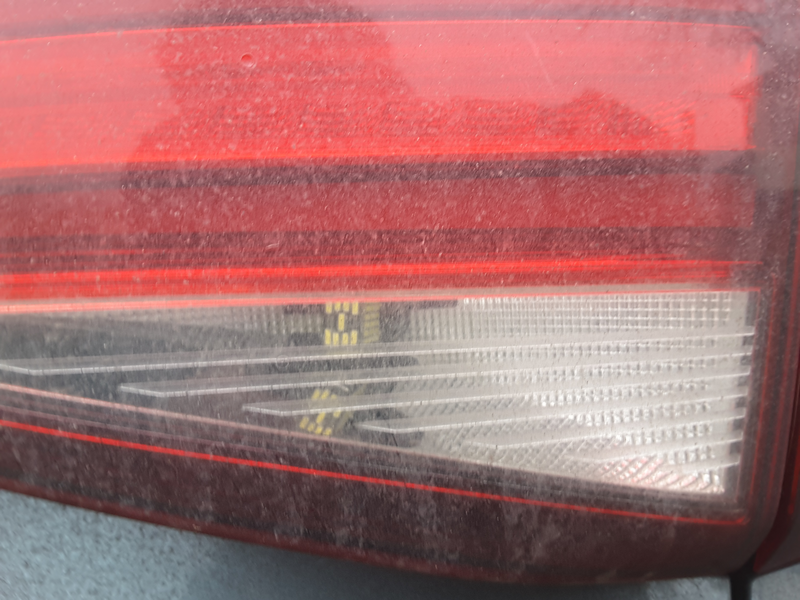 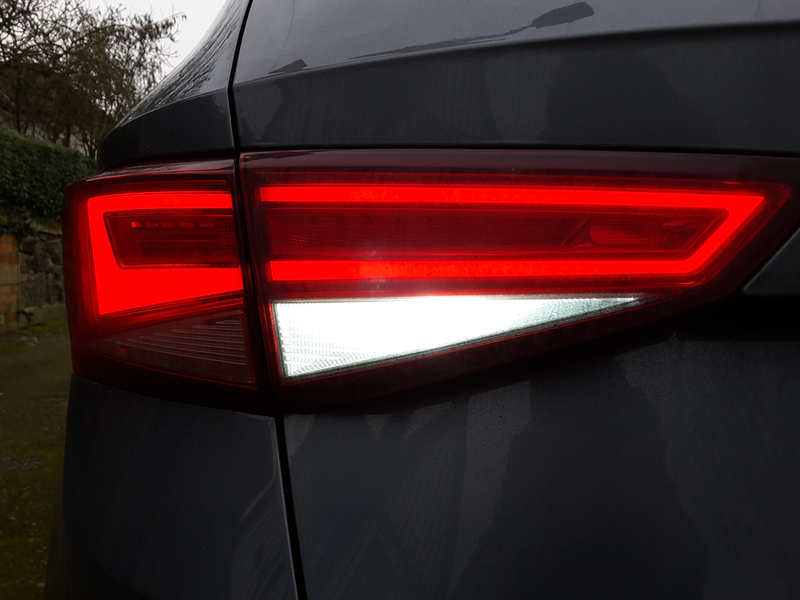 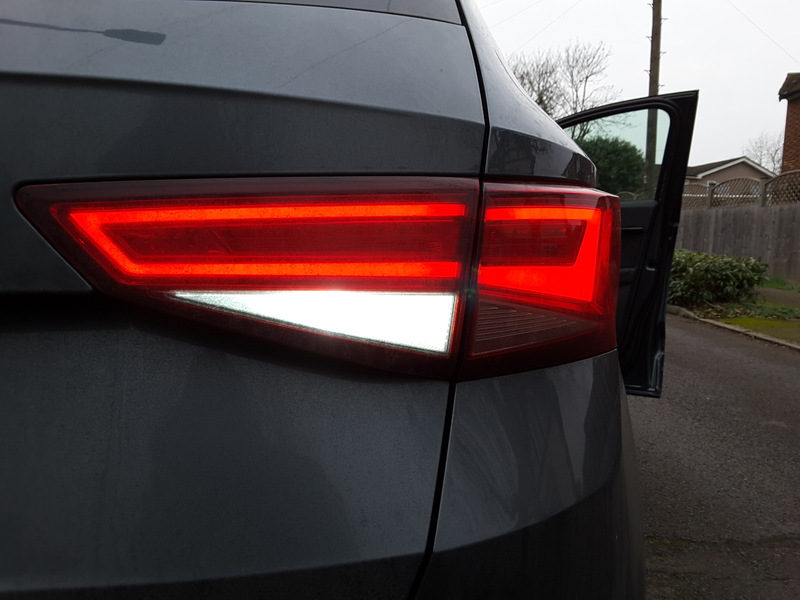 Changing the rear indicators to LED

See also the discussion for links. These are Canbus error free. The light strength is about twice that of the original. Other bulbs are available but like the reversing lights the SMB and where they are placed in the construction is important to how they reflect on the reflectors.

This is what they look like against the bulbs I took out: 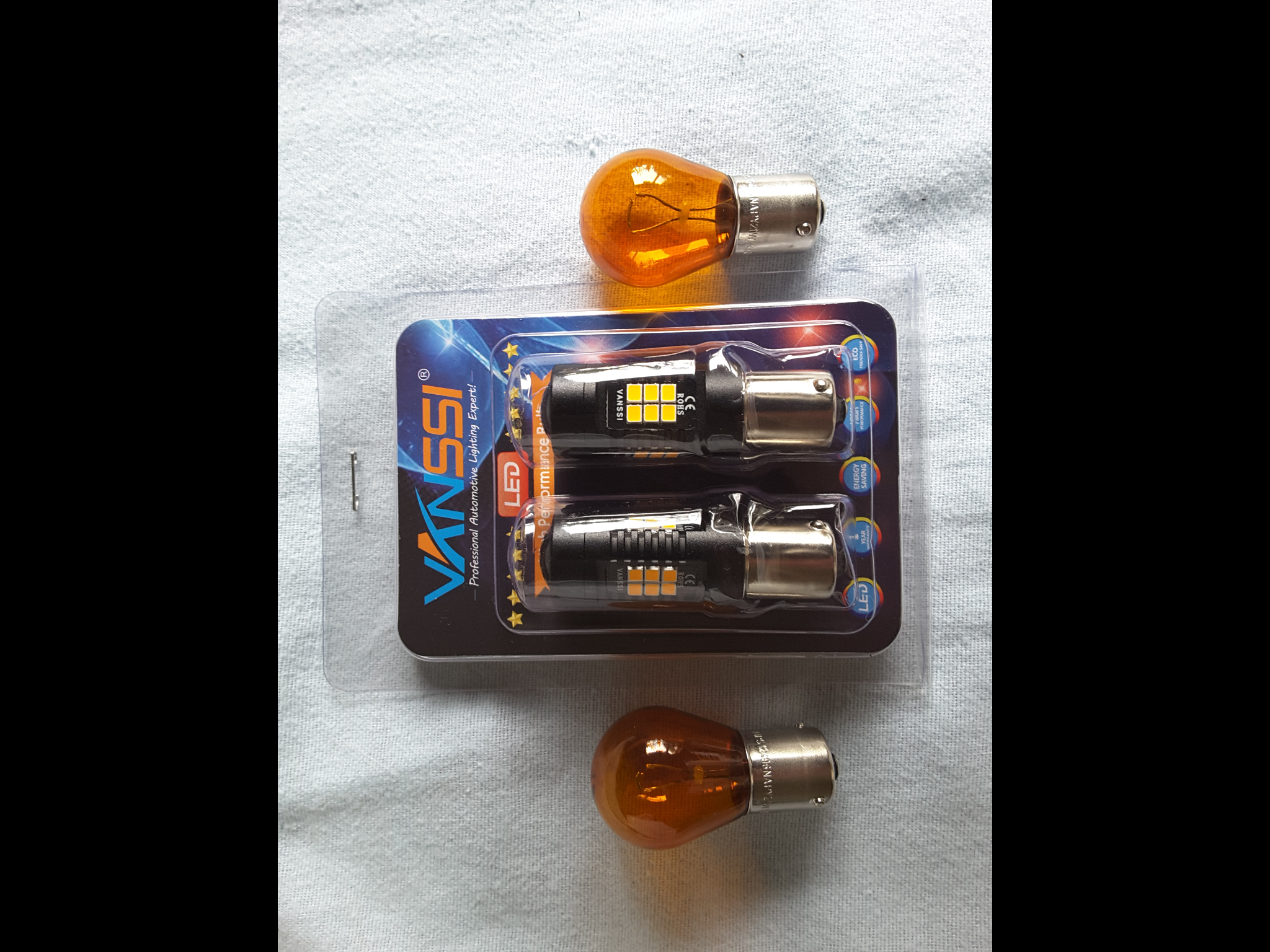 Fitted in the car not illuminated, heavily reflected around in the reflectors: 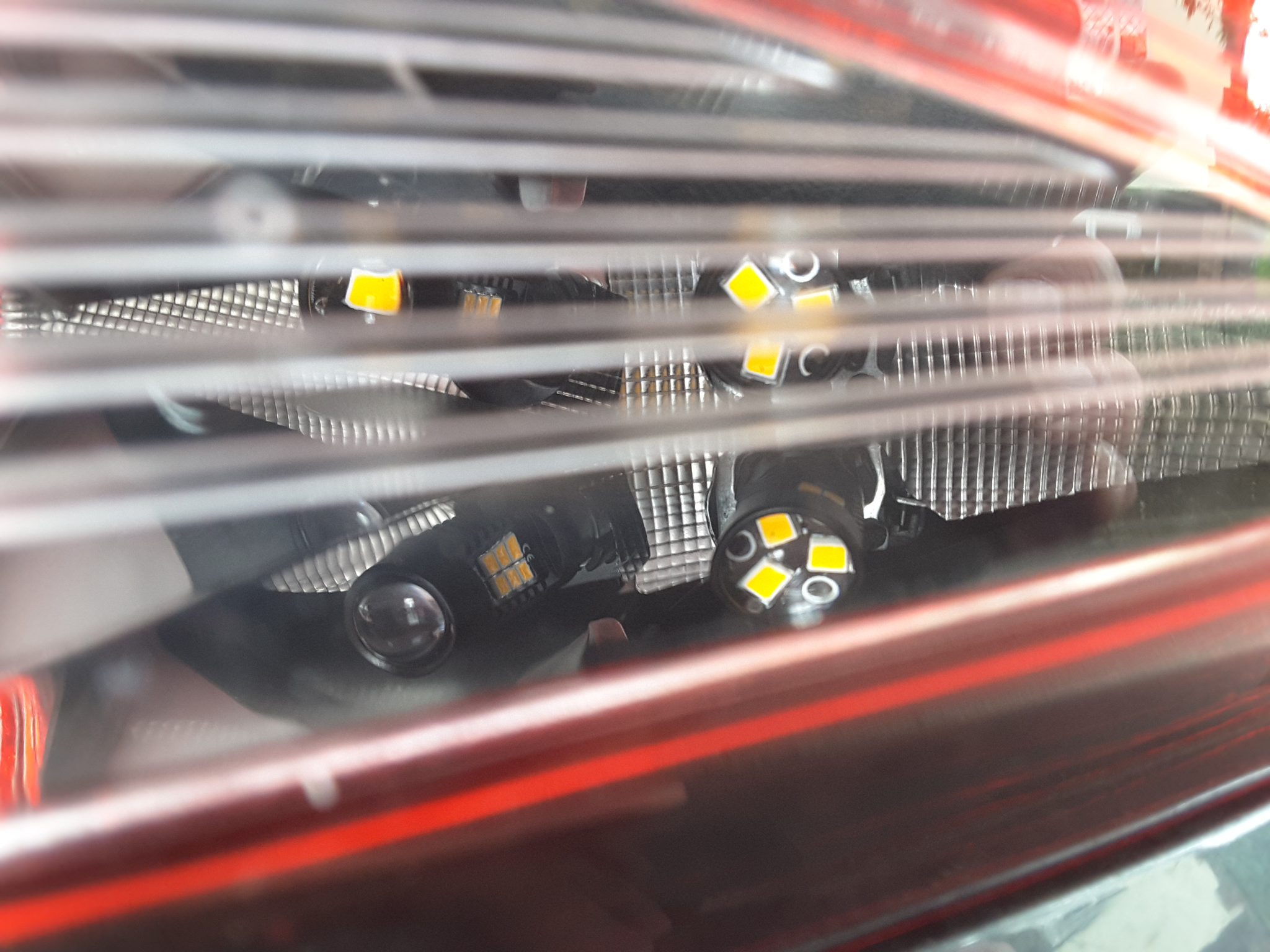 Essentially there are three SMBs mounted behind a top len, plus 6 mounted per side on a three sided bulb construction ((3x6) + 3 = 21) - see first picture and links.

Below is a picture showing the left one fitted and the right one with the standard bulb. The different brightness levels can be seen: 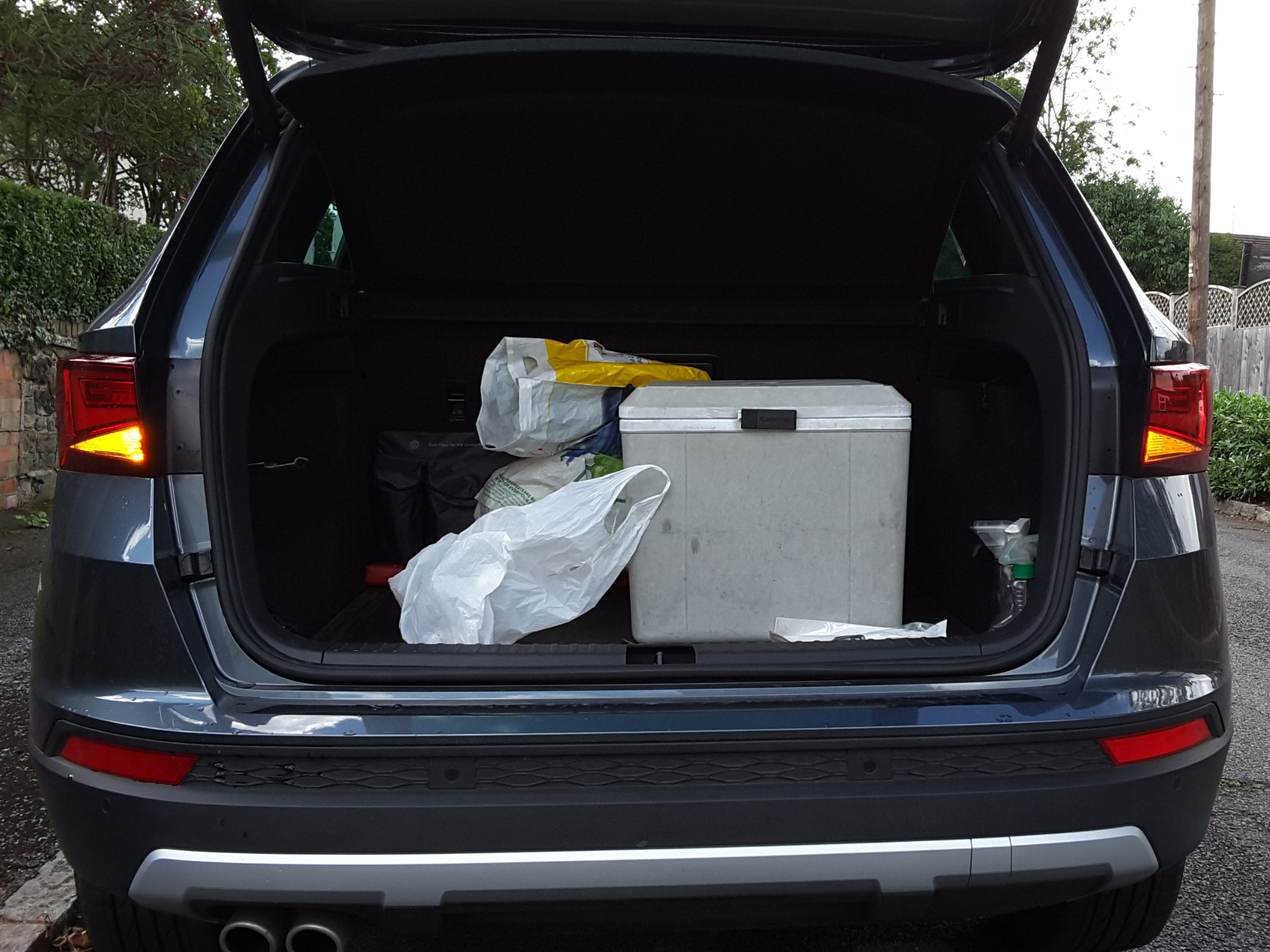 Fitting can be fiddly opening up the mount which is contained by four lugs but depends a lot on luck. The left was easy, right more difficult to release the final clip.

There is a very good Youtube video which shows the process:


Essentially use a screw driver to flip up the side materiel cover, unscrew the plastic retaining screw, slide out the light cluster, un-clip the power lead (similar to PC connectors), then remove the unit to work on. The Ateca manual doesn't really cover the procedure too well since it wants you to remove the lead ahead of removing the light cluster. There is more room to move your hand in to un-clip the power lead once the unit is slid out as per the video than trying to do it in the boot.

For completeness the manual page on the subject: 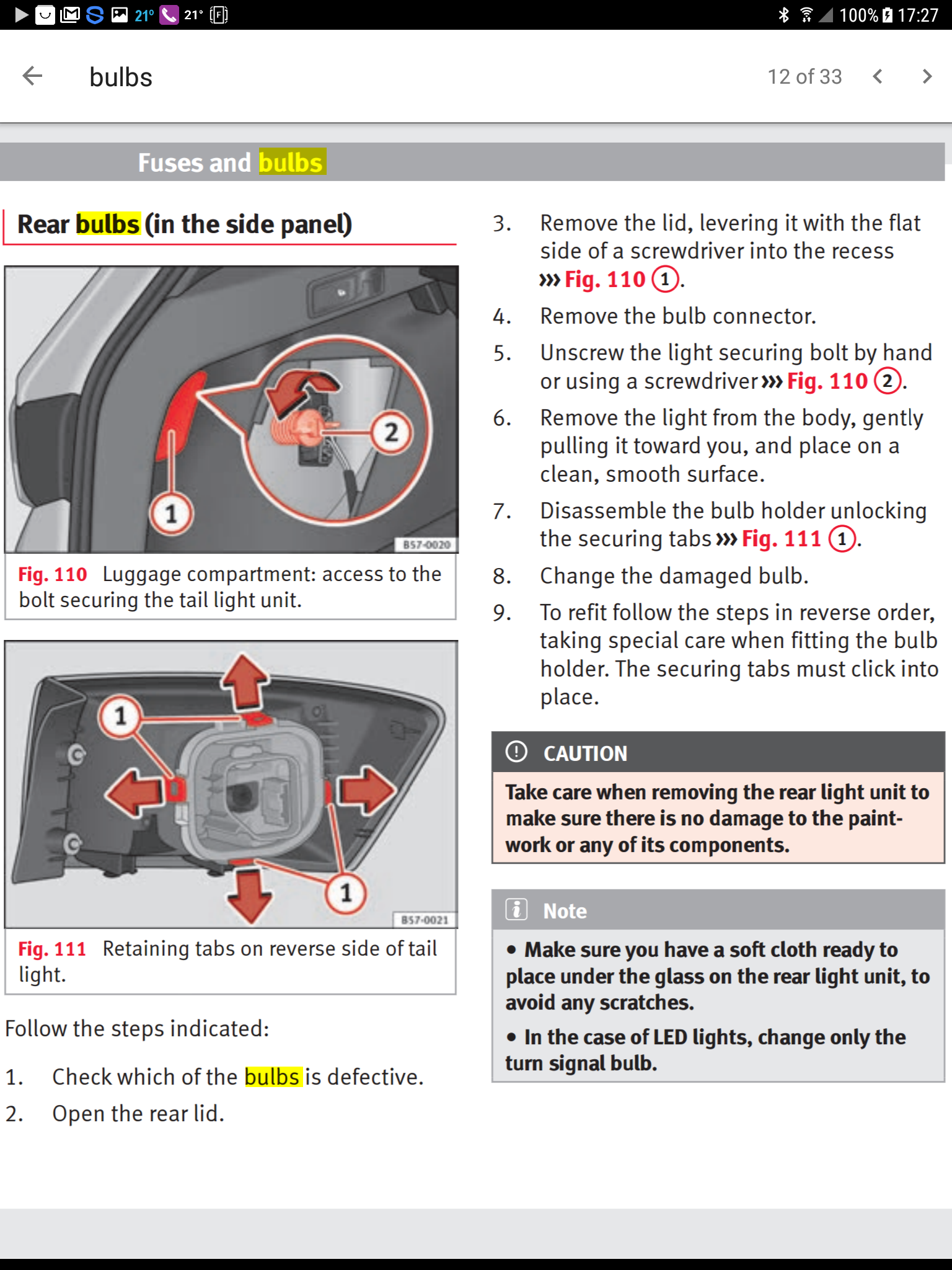 It is a fairly easy job, just fiddly on the four lugs. Nice bright LED lights at the end of the job which should have LED reliability meaning that you won't need to replace them during the life of the car.

For completeness these instructions are given but no recommended bulbs. The task is much more difficult than those at the rear and obviously there are legal requirements on the brightness of the bulbs and use. (Author used a pragment approach and did not change theirs).

Also the vehicle will trigger an alarm off if you exceed a specific speed with fog lights on as retribution for using them. The speed is the same as the German road safety guidance on the use of fog lights.

A very good step by step Youtube guide is available produced by the same guy that did the rear indicator lights.

BTW The cornering function can be turned on in the OBD interface via VCDS or Obdeleven. The Xcellence range has this turned off since Seat argue that the LEDs give enough visibility without the function but this can be turned on for those that like it via the interface.

Note. The 2018 Ateca's come with front LEDs as Seat sorted out the remaining non LED front bulbs of the earlier Ateca's to 100 % "full LED" (front).

Thank the author of the two videos which clear up the process better than the manuals.

See DISCUSSION tab and specific links for more details and links to the bulbs used.