Hi guys and girls. Been a member of here for a little while but ive never put up a progress thread up. So i think nows the time. Ill start off from the beginning.

In February this year i bought my Ibiza. It was a standard PD130 Sport when i bought it apart from it had the 312mm Brake setup. Which is pretty awesome. After owning it for a while i bought some simply mods like a Green cotton filter, 20mm rear spacers, a Front strut Brace and some pressed plates. The plates have now gone since i kept getting pulled with them on.

After a while i had saved up enough for a set of coilovers i really wanted..but after thinking for a while i decided to get the car remapped and just spend the left over money on something nice for myself. I went to P-torque for the map which was abit of a trek, considering i live up in Newcastle. I met up with Will and he started mapping my car. I was really impressed to find out she made 147bhp standard! After the map she now stands at 177bhp and 315ftlb's of torque. Its a very quick car to say the least. Last weekend she ran a 14.9 at York Raceway and a 6.4 second 0-60 time!

When my friend started braking his much beloved Polo there was tons of things going i really wanted! Especially his coilovers, which i got! I only paid £100 for them and a set of standard drop links. I know for a fact these hadn't been abused either and were only 5 month old.. considering i fitted them for him!

Im really enjoying owning my Ibiza and plan on going Hybrid when i get my Organic clutch very soon! enough of the chitter chatter.. on with a couple pics 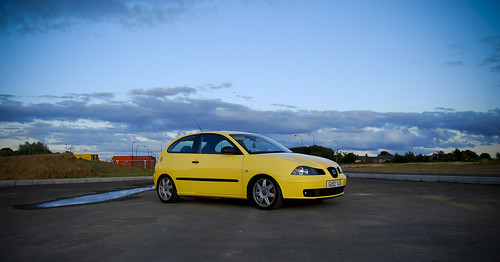 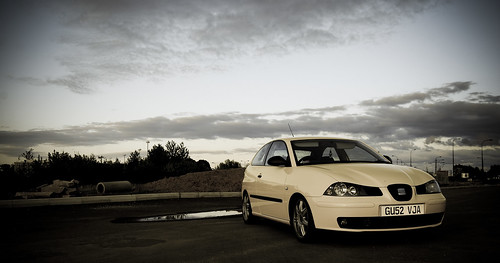 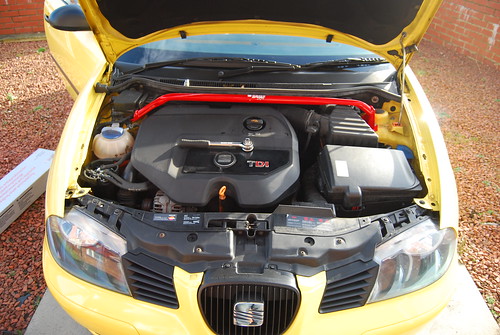 Where aboputs in Newcastle are you from?

Where aboputs in Newcastle are you from?
Click to expand...

Longbenton mate. but im usually out and about the Kingston park area. I saw you twice the other week. Parked up in the Metro centre and pulling in Asda at the Metro centre. Your cars looking awesome mate

CrossyR said:
Longbenton mate. but im usually out and about the Kingston park area. I saw you twice the other week. Parked up in the Metro centre and pulling in Asda at the Metro centre. Your cars looking awesome mate
Click to expand...

Coolio Give me a wave next time..

Damoegan said:
Coolio Give me a wave next time..
Click to expand...

ha, will do. I added you on Flickr abit ago btw