This guide show’s you in brief how to remove the secondary air injection pump, valve, pipe work plus brackets. All that is required is removing six bolts, three nuts and a bit of time (and patience).

First things first, once everything has been removed you should be left with all the following, of course if you still run an engine cover that bracket will still be attached. 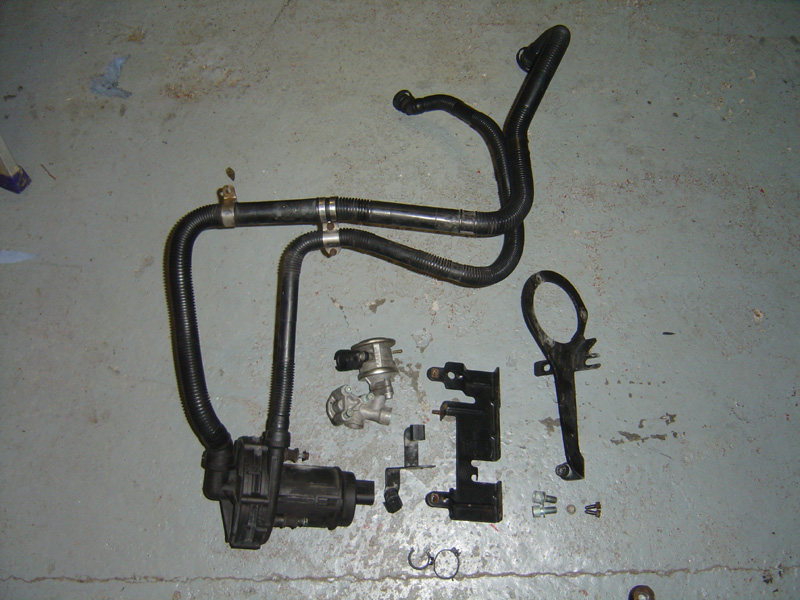 First step is to un-plug the pump and remove the three 10mm nuts that hold the secondary air pump onto the holding bracket, this is the easy bit. Once the nuts are off don’t bother to try and pull the pump out because it won’t happen, trust me.

Once you have done the above next step is to remove the three allen key bolts (highlighted by the picture below) that hold the bracket onto the block, this can be tricky. I found it best to use a combination of allen keys and a ratchet spanner with an allen key adaptor. The top bolt car be awkward, once cracked off it can be just as easy to remove it by hand. 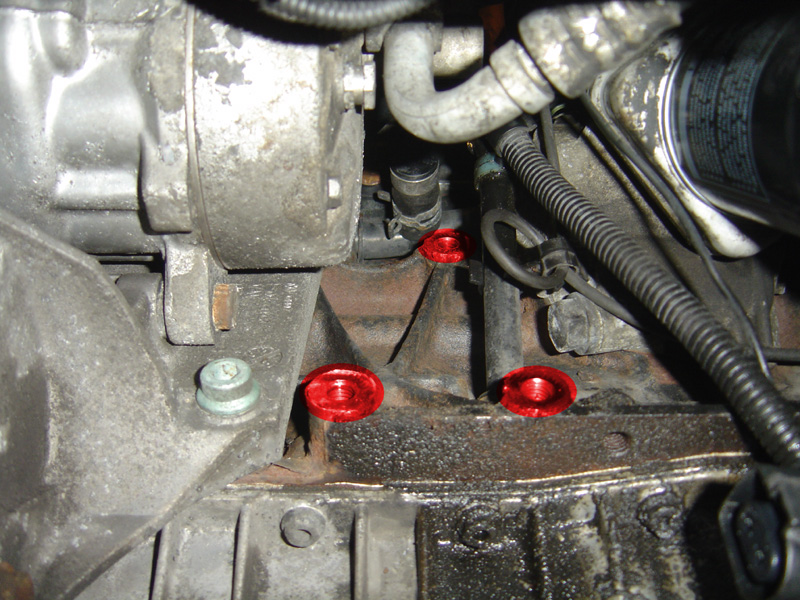 With these removed the pump is free to come out, however before pulling it out remove all wire and hose clips from the pipes there attached to and gently feed the tubes down over. It may be required to unclip one from the pump, to do this simply squeeze the pipe and pull.

Now before attempting all this you should have made or purchased a blanking plate, Intergrated Engineering stock these and they are roughly £16.00 delivered. Once the valve has been removed fit the O-Ring into the blanking plate and attach it to the block where the valve once was. 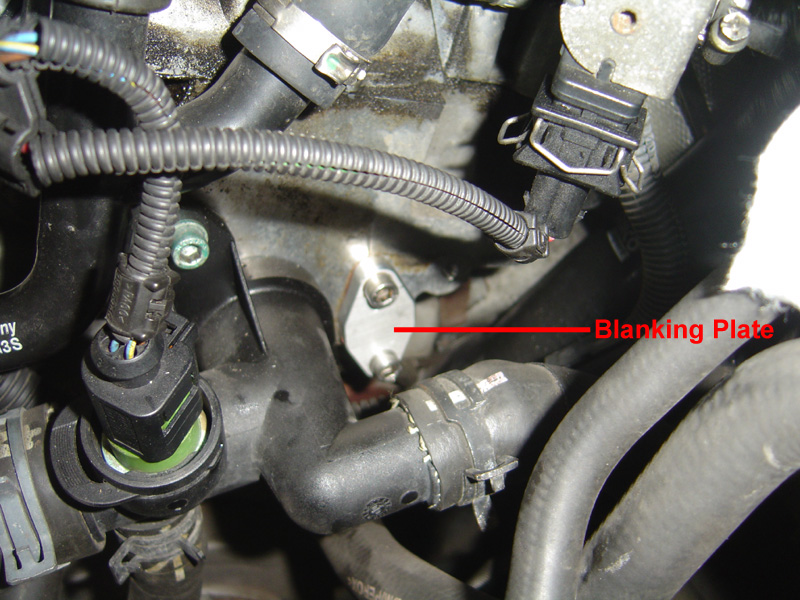 Remember to re-fit the water pipe, but before bolting it straight back on dry both the block and the pipe surface to help ensure a good seal, after all you don’t want a coolant leak.

Also you will need to remove the vacuum pipe from the SAI valve, trace it back and remove it, as you can see from the pictures below I now have my pipe going straight from the N112 to the second actuator line. If you own a K03S or bigger turbo, simply blank off the N112 with some vacuum hose with a bolt in the end.

Whilst I was at it I also decided to remove the N249 and bracket on top of the engine, before doing this you will need to have bypassed the N249 (do a search). The bracket is removed with three bolts and once removed makes the engine look much cleaner. 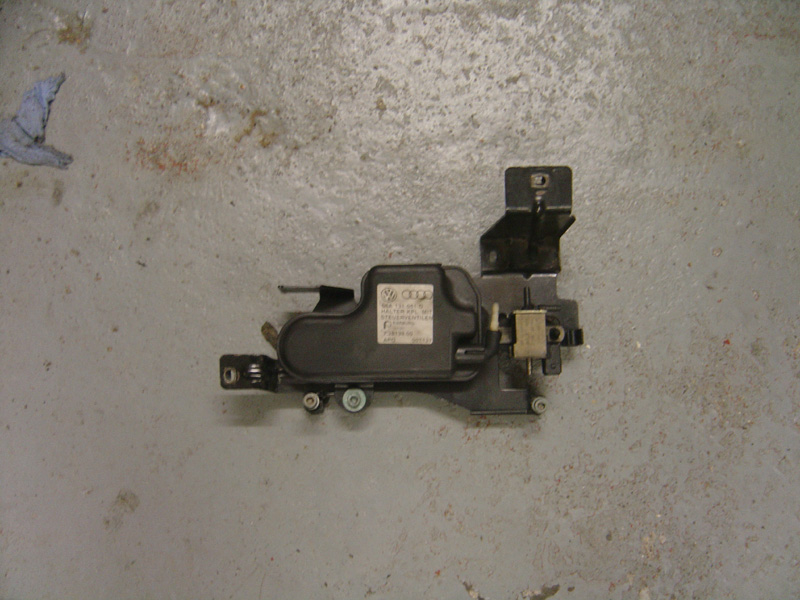 You will have to make a bracket to support the N112 valve which is still left in place, this can be made at home with a bit of aluminium. But as you’ll no doubt agree the engine now looks a lot less cluttered. 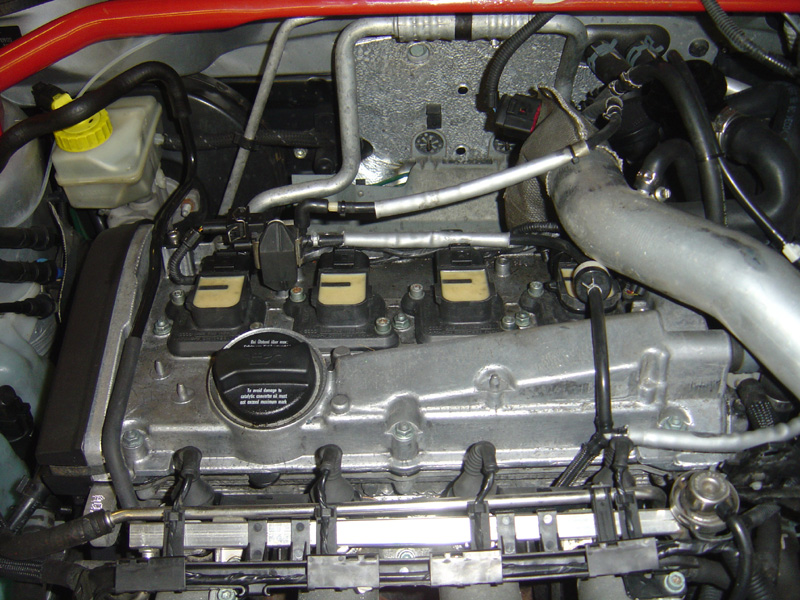 To keep the ECU happy, and stop the engine light been a permanent fixture on your dash you will need to fit a 330 ohm resistor into the plugs on everything that has been removed.

I’ll get picturesof this once I’ve made mine up, however it is perfectly safe to use the car without these, it may give an engine light, it may not but you will see an engine fault code in VAG-COM. 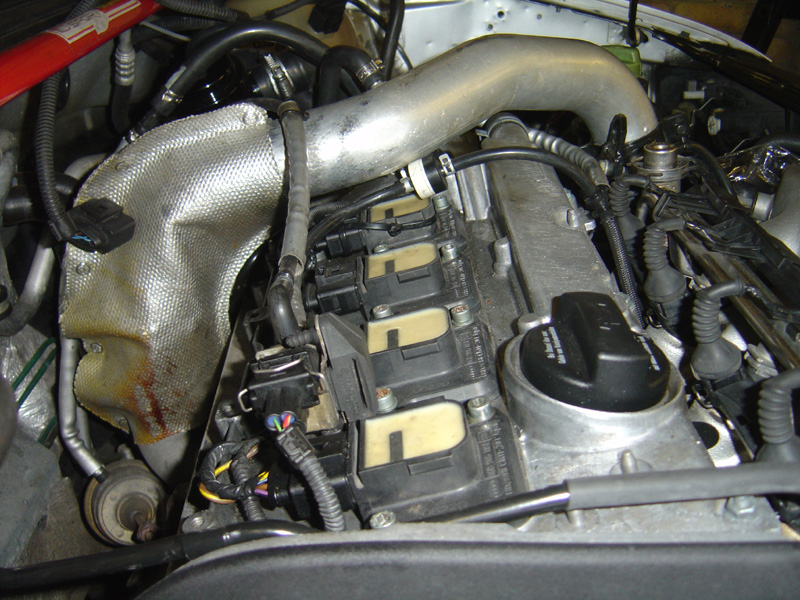 Hope this has been of some use, further guides to follow will no doubt be bypassing airbags, removing the carbon canister and altering the tank breather system as well as a N249 valve guide.

Nice one craig. What was the total time taken to remove it all?

I'll be doing mine soon as it makes changing the oil filter hell of a lot easier!

To be honest, I've been doing bits here and bit's there as theres more than just the above removed from my car at the moment (new thread coming). But I dare say you can do it in an hour with ease. It's just the fiddly bits that take the time.

However it's one less thing to worry about now!

Cool, i thought it'd take about an hour with some swearing.

Lookin forward to see what else your ditching as well.

And what is the benefit of this mod?

that looks good, alot tidier and like you said..........less things to worry about. If it will be showing a fault in vag com will that affect anything?

Gav - All it will show is a fault code, it won't effect anything or cause any safe modes. Once I've sorted my own resistors out I'll let everyone know the resistance and hell I may have a few resistors left over, hoping to use some heavy duty ceramic ones.

I took mine off before the engine went in and it just throws up a fault code. My blanking plate turned up today so i can get that fitted and take out the temporary bung!

My blanking plate and resisitor are on the way from the USA at the moment!

Good write up spot on.

What is the benefit of removing the system and what is the reason for it being there in the first place?

No benefit to the car, just cleans up the engine bay and makes it easier to do an oil change.

Its there to warm up the cat on startup and control emissions for the American market.


More info and a guide here...

quick one, cant find Intergrated Engineering to order the blanking plate and resistors, do you have a direct link for old spud here?

can the resistor just be pushed into the terminals??

any pics of the resistor part, as i want to do this but will not if i am going to get an engine management light

i got all the plates from across the pond, removed the 2ndry air pump and put in the resistor, all was well for about a month now i have the managment light back on confirmed by Seat in bristol as a fault with the secondry air pump ( no **** its not there!!! lol )

would this mean the resistor has blown?..........TBH Lee B im not sure about this whole removal ting unless the resistor has blown on my car?? then id say all is well other than that, no performance losses etc etc and its been running fine with the light on atm.......still a pain in the but hole tho!!

If it does turn out to be the resistor then maybe a heavier one would do the job better but without looking and testing the resistor i put in i wont know?

Anyone else? what do you recon?

a few weeks after removing my SAI (using forge blanking plate and my own sourced 330ohm resistor) the engine management light came on and was an SAI fault, cleared the fault and a month on it has not returned.

mine pops up randomly, annoys me so much

OEM with a 'Twist'

ian_cupra said:
mine pops up randomly, annoys me so much
Click to expand...

Same here, have you totally remove everything related to the SAI and replaced the valves with resistors?

Mine always seems to pop up once the engine has been idleing for a while. Im wondering if this can be wrote out of the ECU when it goes in for its CC-3?
Show hidden low quality content
You must log in or register to reply here.