Hi all. I've been floating around here for a while now, making the odd post. I thought i would share a current project of ours...

We originally bought this car as a fix up car to use on the road. It had loads of little niggly problems that were annoying and had scruffy bodywork. When we went to fix something - we realised something else had broken and so on. So we decided to chop her up!

The engine originally had an 1.4 8V in it, that had seized. We had an old AFH in the garage with low miles, so decided to get it running on that first and then move on to an ABF at a later stage possibly. We'll see.

Anyway - here was the car when we first got it.

Then it moved into the garage to stay dry.

Engine in for now. 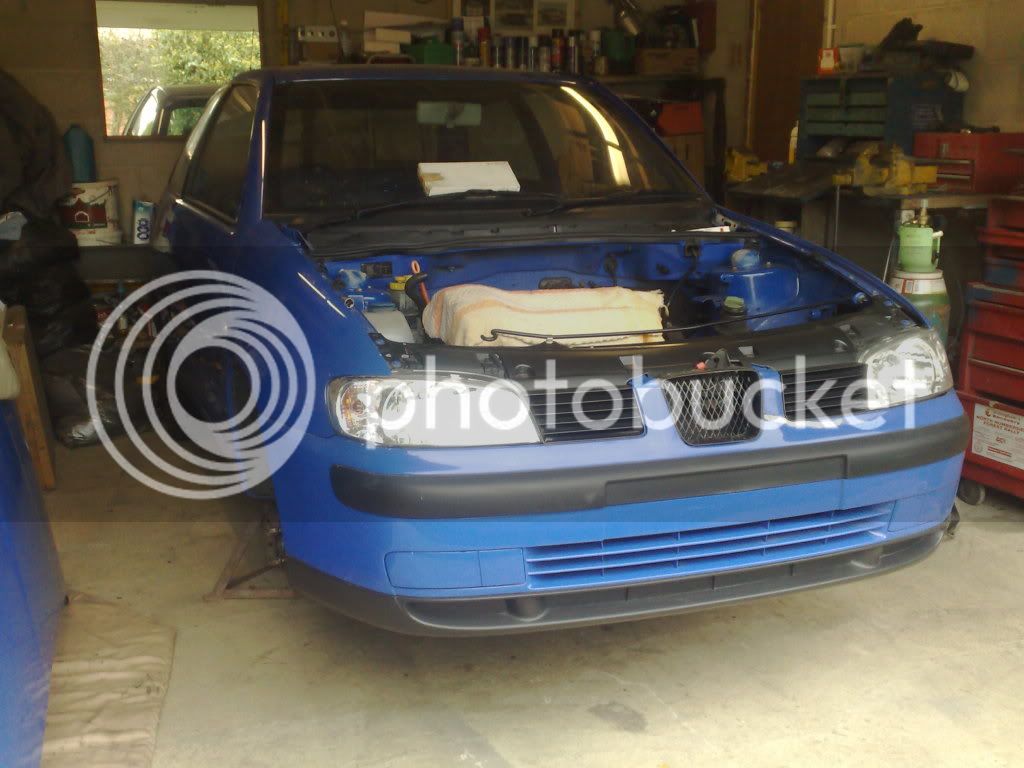 Then i started playing around with bike carbs and designing a manifold... 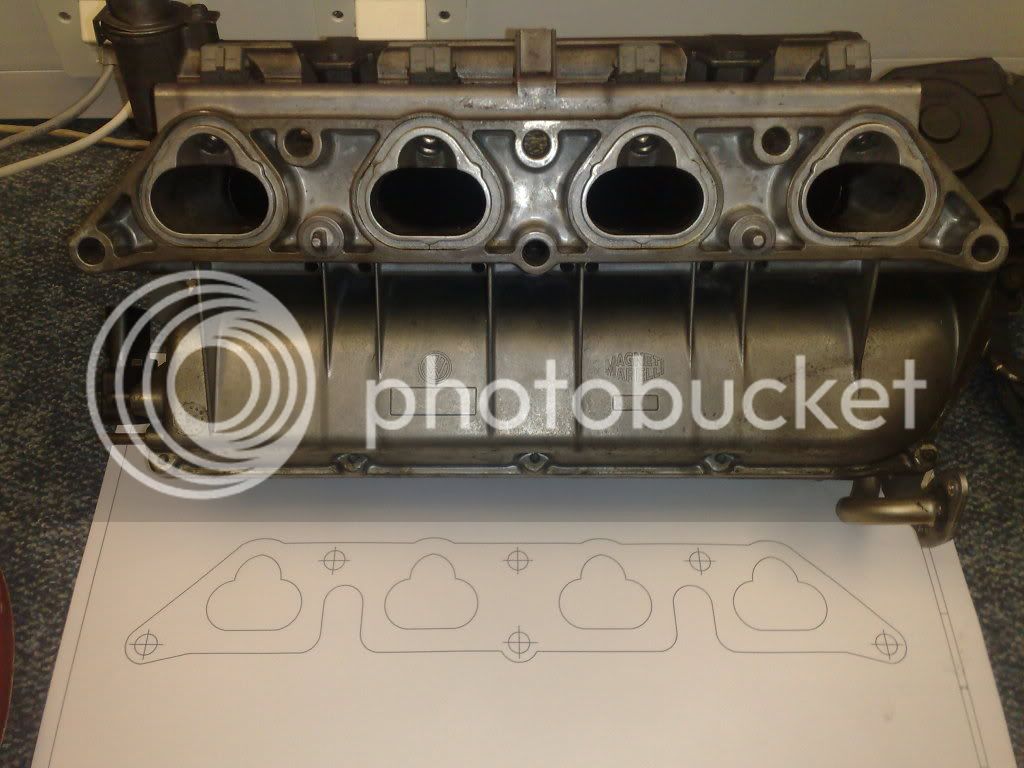 Then it can go to be laser cut ready for trumpets. May look like this due to having so much space in the Ibiza engine bay. Perhaps stick the carbs out of the bonnet...

And a quick look at seat rails going in.

The flange for the manifold is going to be completely flat at the bottom now instead of having the cut outs.

Back older greyer and less oilier but always hope

what bike carbs you using ?

Looks like you have some fun plans. Will be keeping a close eye on this thread... good luck!

The loom has been thinned out. No more central locking, alarm etc etc. You can just about see the loom or what remains of it! haha

Cheers guys. It's a bit of a project on a budget at present - lightweight is the key!

Hi all. Finding a decent cage at the right price is proving difficult.

Is the MK4 chassis the same as the MK3? We have found a cage for a MK4 that wuld be ideal, but understand they are different shapes... Is the floor pan the same though?

Sounds like an awesome project. Will be keeping an eye on this thread as Im tempted by some bike carbs.

Great when you have access to all the stuff to make manifolds and brackets etc.

I can get stuff that I require made at work.

forestfighter said:
....Is the MK4 chassis the same as the MK3? We have found a cage for a MK4 that wuld be ideal, but understand they are different shapes... Is the floor pan the same though?
Click to expand...

No mate, the mk4 is different to the mk3. The mk3 uses the same floor plan as the mk2.

Damoegan said:
No mate, the mk4 is different to the mk3. The mk3 uses the same floor plan as the mk2.
Click to expand...

Yeah, thought that was the case. Thanks buddy

Damoegan said:
No mate, the mk4 is different to the mk3. The mk3 uses the same floor plan as the mk2.
Click to expand...

Basically we lost interest in the car and stuck it in storage. We tried to sell it but found it was worth very little.

2 weeks ago, we got it out of storage - first time it had seen daylight for 4 years!!!

Before tucking it away, we made a bit of progress. Main progress was having a Custom Cages T45 cage fitted. This is pretty much as it lies at the minute but I'm hoping for loads more updates soon! 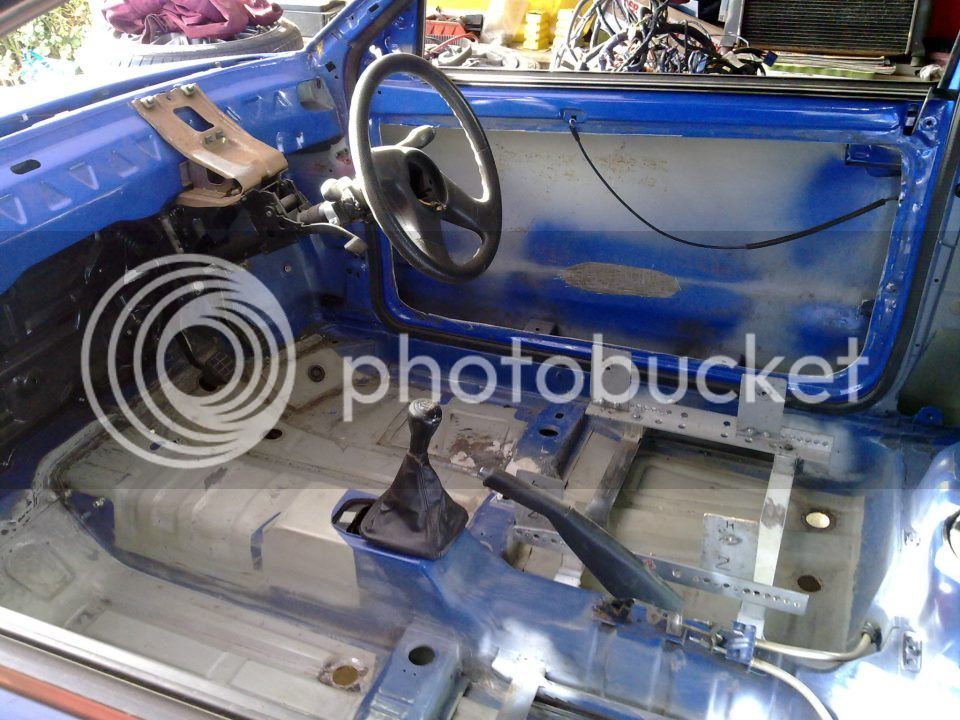 I have tonnes of questions and need guidance... Hope a few of you may be able to help me?

I've got a chipped Ecu s1600 manifold off a cup racing polo that will fit the afh. Silicone coolant pipe work and exhaust. I also have a avy hybrid that I'm selling basically a afh head with avy bottom end with lightened and balanced bottom end and head work all for sale if you'd be interested