It's a 1.9 TDI 110 SE, it's had a remap and had the Cupra R kit very poorly stuck on to it (If anyone has either the Cupra or Cupra R front bumper for sale I'd be interested! As previous owners have butchered the behind of the bumper so the fog lights nor the plastic surrounds can be fitted properly ) It's got around 120,000 on the clock and despite being owned by people who have questionable ideas on how to modify/repair cars, it's in fairly decent condition besides bodywork needing some attention and just some general care to the engine.

I brought it as I needed something to accommodate for my missus and the bab, and I wasn't allowed a second car as a project, so I had to sell my run around and needed something that ran and wasn't going to burn a hole through my pocket, so here I am!

I've already had to do the Mr Muscle treatment on the turbo, and I've managed to fix the side skirts on to the car despite not having all of the fixings supplied

I'm hoping to restore this and make it look respectable again, hopefully do some little power mods and get the suspension a bit stiffer.

At the moment I need to :
Replace passenger shock absorber
Sort out the ARB bushes/swap standard ARB for better counterpart
Either mufflerectomy or have this backbox the previous owner left in the car fitted
Replace alloys for original Seat ones
Sort the various bumps/paintwork out
Replace the front bumper

Hi Coops, welcome to the forum.

Mines been mapped, lowered 35mm (springs on standard shocks) uprated bushes and dogbone mount. Had to Mr Muscle my turbo a couple of times too mate, oh and the EGR valve has been scrubbed too. Loads of info on here for maintenance and upgrades. How are your door seals (another common problem but easily fixed).
Reactions: Coops1645

It is! The engine seems extremely sturdy in spite of my fears it may have been thrashed heavily before I took ownership (I originally didn't want a car that had been remapped, but this just came up at around the right price for me, so I couldn't resist )

I think my dogbone might be on it's way out due to a fair bit of vibration in the cabin, and the previous owner mentioned something about an engine mount being a weak point, but never properly described which one had actually gone. I'd thought about uprating the bushes, as my ARB ones need replacing but I've heard that the Cupra R has an uprated ARB so I've been contemplating changing the suspension to that spec, but the car actually handles like it's on rails as it is, I was actually shocked at how much confidence I felt I could have in the car at a corner! My passenger seal is slightly coming off and my driver's is hanging loose at the moment, I've placed it back on as a temporary fix a few times now, but I've been caught up trying to make something good of my bumper at the moment, as the fog light surround has been cut out and the wiring is butchered, and there's nothing I hate more than having two great holes in the bumper. Have you done a thread on yours? I'd be interested to read your journey with your car so far!

Not done a dedicated thread on mine but happy to tell you bits I’ve done and found out.

As for the door seals it’s not the rubber strips you see when you open your door, it’s the factory fitted seals that are on the inner door that perish and need to be replaced with butyl strip (you’ll know if you see puddles in footwells!). A common problem on here but straight forward to put right.

The 110 is a super reliable lump and I have one that I have been meaning to break for ages but other things get in the way so if you need anything... and it's the same red.
I have a set of lowering springs that I never got to fit as well as a complete subframe with ARB attached with Polybushes fitted.

Hi!
So, it's been a little while since I've actually updated this and shared some of my progress! I've been pretty busy with work and the virus and also some injuries which have prevented any progress, plus looking after my family and keeping a roof over our heads!
Spent a while just getting the car mechanically sound and the way I like it to be, and trying my best to do it the cheapest way possible! Managed to find some 45mm lowering springs so it's now had a bit of drop and whilst I was at it replaced a damaged shocker too, dropped on a set of polybushed wishbones second hand too and a polybushed dogbone for cheap! £40 all in seemed a steal Spent a lot of time getting the body sorted, couldn't manage to get the dent in the wing out, so that'll have to be replaced at some point, and unfortunately the front R bumper was never going to look how I wanted to, but fortunately I've dropped on a standard Cupra bumper for £50! Came with both fogs and only had a bit of lacquer peel which I can sort easily! Had to do it without the bumper guides, so was a bit of a fiddle and doesn't quite sit right, but it's far better than it looked before and I'm really happy with it now! Managed to paint the door handles which had faded, not the best job but was in a rush, still need to paint the side strips and I'd like to paint the roof black, there's also a wing mirror cover which has faded a lot so I'm either spraying them both black or I'll colour match it. Managed to clear the sticky vanes in the turbo with a good 4 hour thrash down the motorway and it's now better than ever! I'm looking at upgrading in the future to the VB but for the moment the the standard 15 will do! Looking at also an injector upgrade and a bigger SMIC as I feel an FMIC will be overkill for the sort of power I'm looking for, as I'm not after the most powerful build, I'm just after something to satisfy my modifying needs! The car does seem to have a strange drop in power though and I doubt it's making the horsepower that the previous owner had quoted, not sure if there's a boost leak or anything but it just doesn't feel very responsive all the time. Also it's going to have to have a new rear section of the exhaust as the OEM backbox took a ride down the road after I hit a speedbump a little too rapido pictures will follow and thanks for reading!

Also, just in case anyone has any idea, I keep getting like a scraping noise after lowering when turning right? And it's gotten worse now I've put the new bumper on? Could it be the wheel covers causing a problem as they aren't the right ones for the bumper and don't properly fit, or is it the ARB fouling against the drive shaft like I've heard? Isn't a massive drop to the car really so wouldn't have thought it would have caused a problem but I haven't really checked to find out what's causing the racket? Thanks in advance

Probably arb rubbing on driveshaft. Have a look and see if the driveshaft is all shiney directly in line with the arb

Yeah I figured as much, I'll have to come up with some solution, luckily I haven't had any of the horror stories (touching wood) like I've heard of some losing the shaft altogether through it, but I don't need any damage. It's a shame as it's happening on the offside and I've got a CV boot I've got to replace on the other side so looks like it's gonna be a lot of running around the car when the jobs get done

You can get a 2nd hand one off an audi tt or alternatively an octavia vrs.

i fitted the octavia vrs one to my old fr

Ah, I'll get on it as soon as I get chance. I've noticed it seems to really seem to struggle every now and again it completely lacks power in 3rd and 4th, it's not limp mode, but it feels almost like it fails to build boost, or perhaps the standard intercooler is heat soaking, or perhaps a boost leak somewhere? I've tried to research the issue but I'm failing to find anyone who shares the same problem, it just makes the car feel very flat and sluggish, and yet other times it flies and it feels fine! Bloody cars

Probably sticking vanes on the turbo.

you used to be able to check requested boot vs actual boost by live logging on a laptop with VCDS lite. That way you could see what the turbo was doing.

I suppose it could be, but I was certain I'd cleared that issue. When the vanes were sticking I could feel the car physically jolt and smoke would pour out the rear as if the turbo had blown completely, but this issue doesn't seem like the turbo has been killed or has stopped, just that it doesn't want to build the boost fast. I test drove a standard PD130 before I brought the Leon and the PD seemed to have a definite charge of boost to it, like the thrown back in your seat kind, where as my Leon, although not slow and according to what I was told is mapped to around 140, definitely doesn't feel as fast or responsive as the PD lump

PD has a good shove to it.

i feel you still have turbo issues, my 150 sometimes had full boost and then sometimes was laggy as hell.

would try another clean 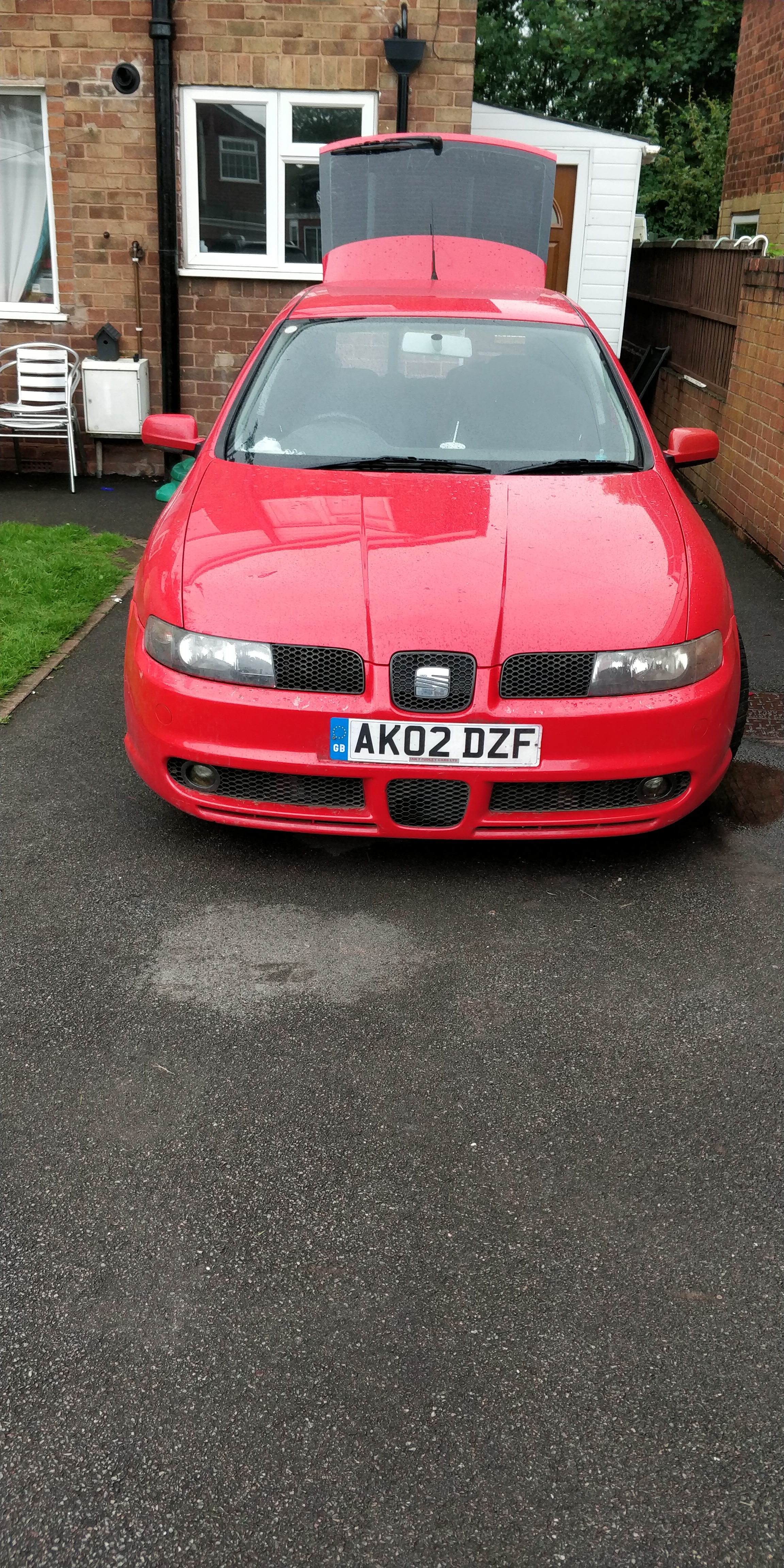 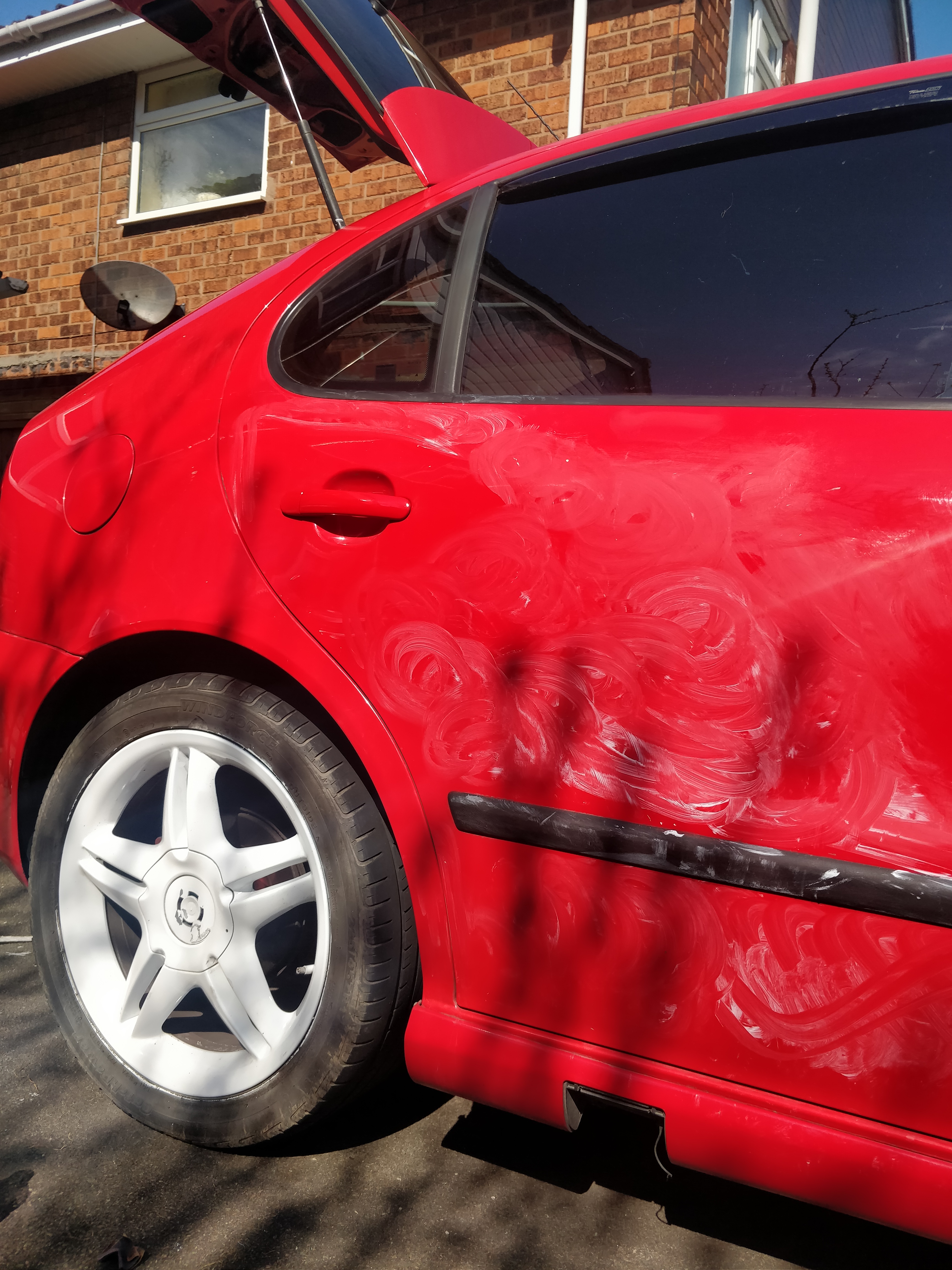 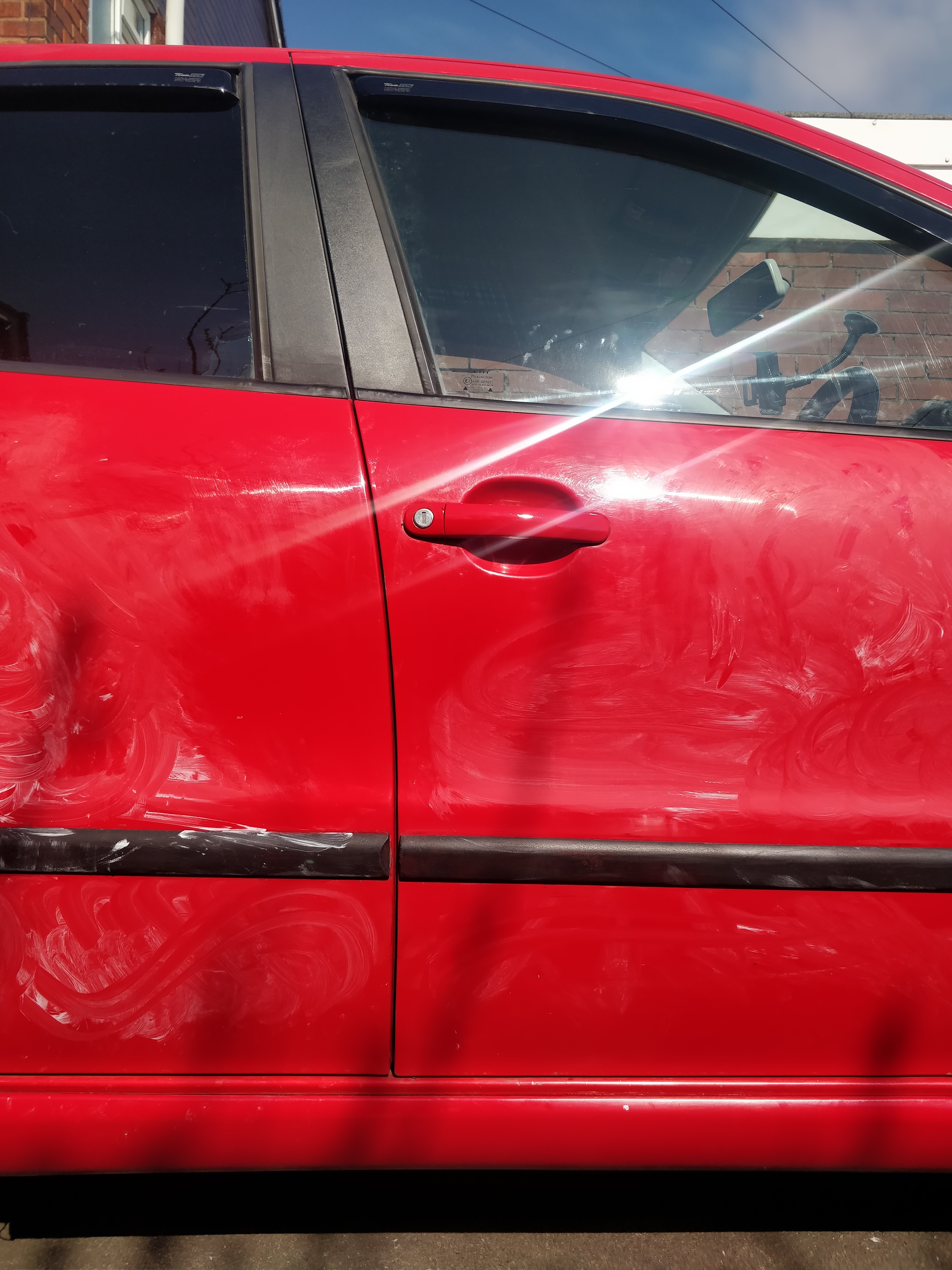 I think that's what I'll do, I've cleaned the inlet manifold out so I'll give the turbo another clean through and see if it makes any improvement. And ideally I would have had a PD, in either 130 or 150 form, but I couldn't for the life of me find a 130 anywhere I searched and the insurance on the 150 would have burnt a hole through my pocket, but I suppose in the real world with how much I've spent so far just getting this one back to a road worthy standard it would have been cheaper to just get a 150
​

Prefer the cupra front end to the R anyways 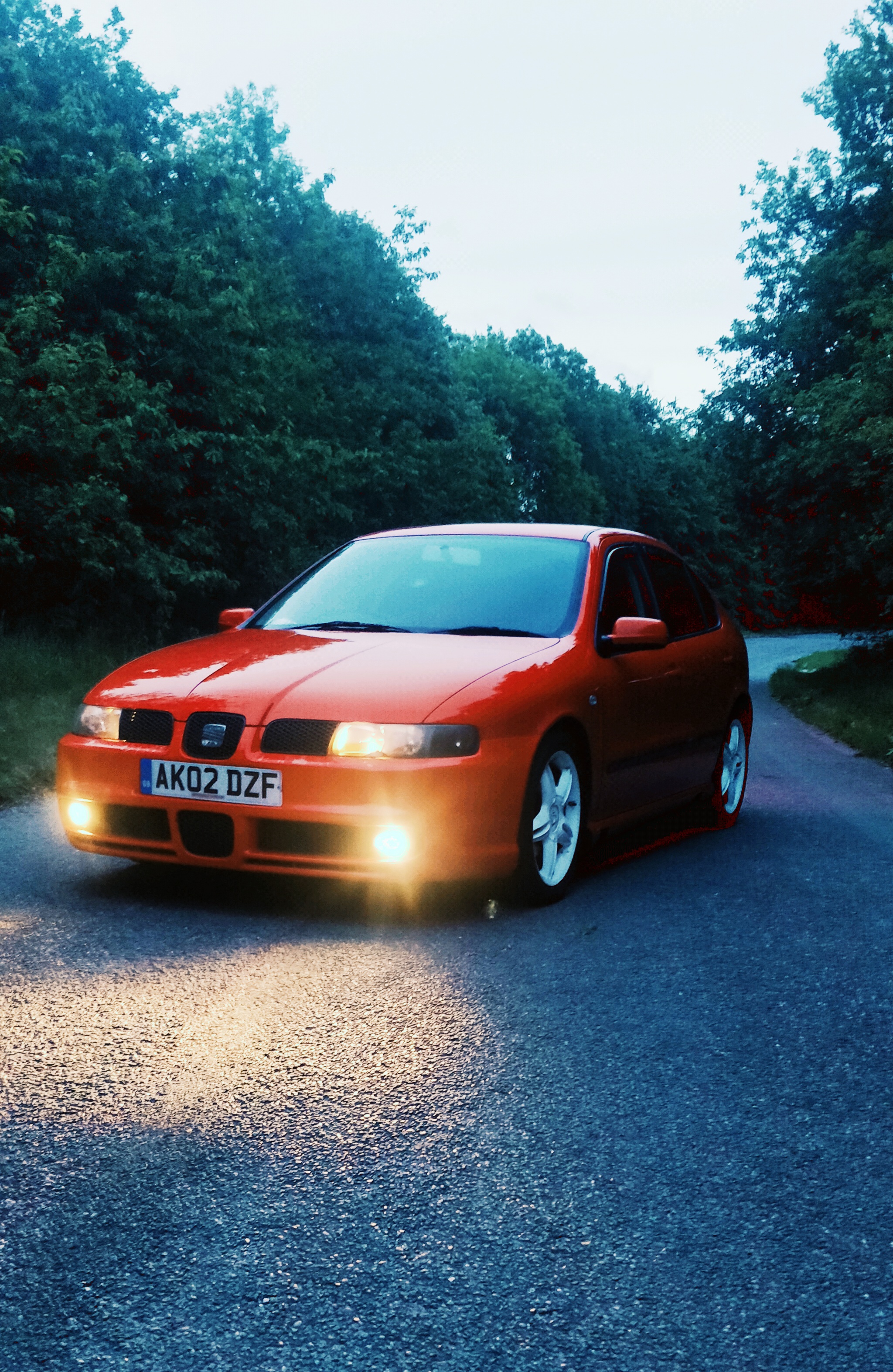 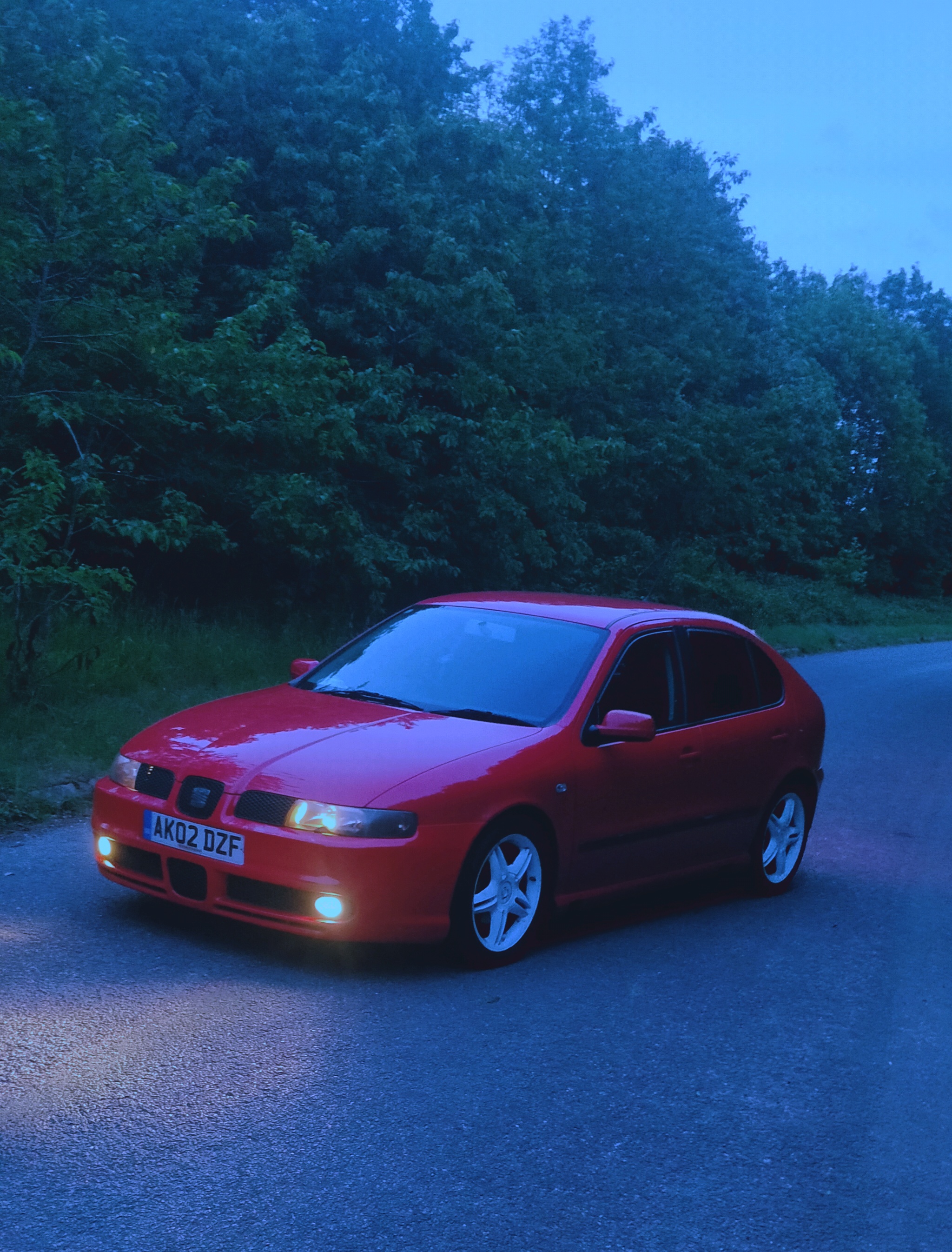 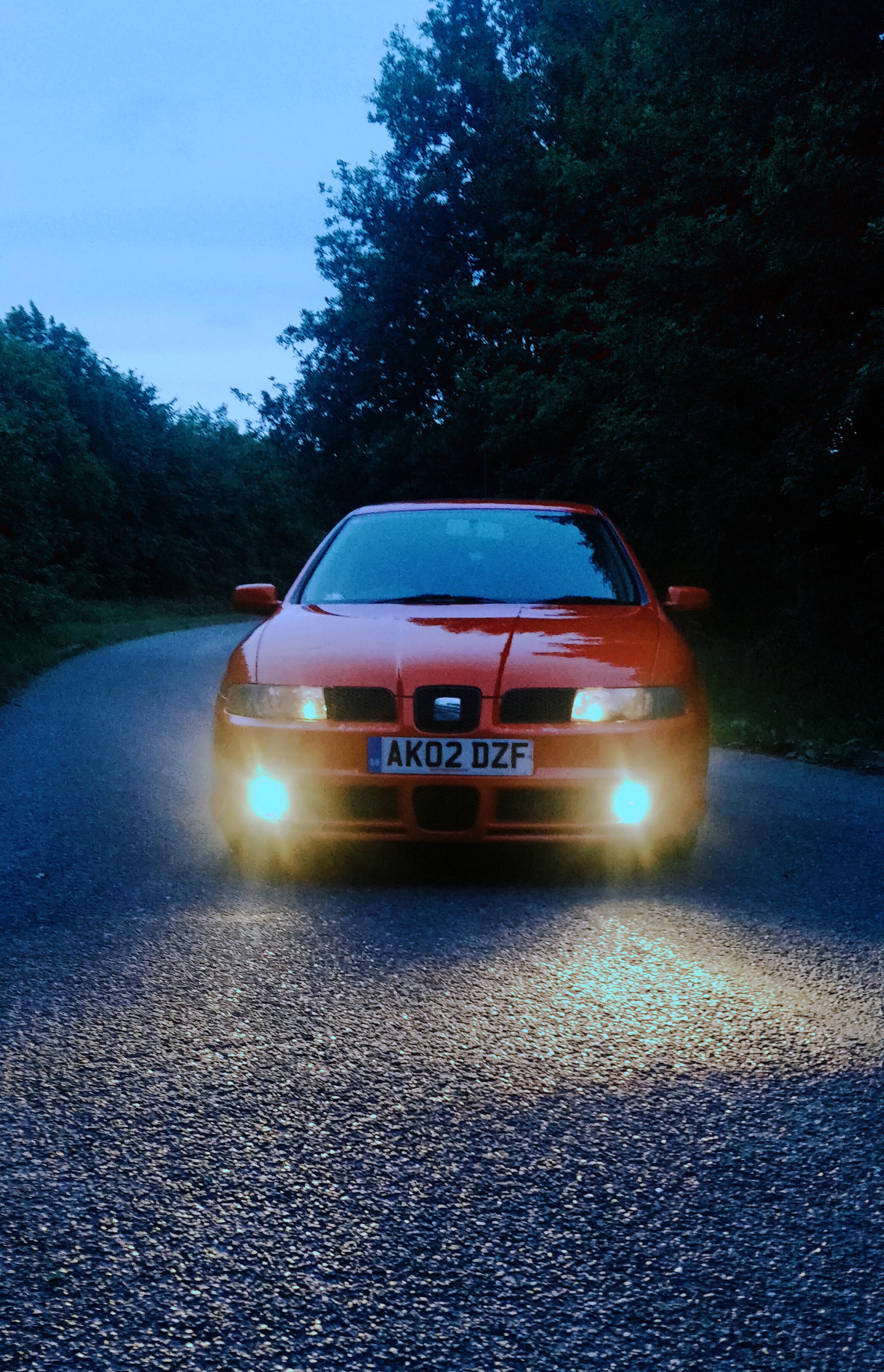 Yeah, I agree, not to discredit the R, but I feel the Cupra bumper just looks much more unique

Coops1645 said:
I think that's what I'll do, I've cleaned the inlet manifold out so I'll give the turbo another clean through and see if it makes any improvement. And ideally I would have had a PD, in either 130 or 150 form, but I couldn't for the life of me find a 130 anywhere I searched and the insurance on the 150 would have burnt a hole through my pocket, but I suppose in the real world with how much I've spent so far just getting this one back to a road worthy standard it would have been cheaper to just get a 150
​
Click to expand...

How did you get on with the inlet manifold? It's something I've had on my list of things to clean for months now but access is a pain and I was nervous about rounding off or snapping bolts.