CUPRA have already revealed the Formentor will be available with 7 engine options at a recent media event as well as revealing they are hoping to bring a more powerful version out at some point.

We had assumed this would simply be an ABT mapped version of the existing 2.0 TFSI engine, but if you listen carefully to this video you can hear something a bit more beastly is under the bonnet.

If this makes it into production will it be a special edition, will it be the CUPRA Formentor R?

We’ll be publishing the full pricing of the new CUPRA Formentor range at 10am on the 20th October. You might be pleasantly surprised.

For now, let us know what you think about this engine potentially coming to the Formentor in the comments below.

Just translated this from motor.es...

CUPRA is working on expanding the Formentor range. The first self-developed model of the independent SEAT firm will soon see its mechanical offer enriched. The CUPRA Formentor VZ is one of the novelties that is underway. A real beast on wheels that will reach 400 hp. It will use the engine from the Audi RS3.

CUPRA has really ambitious plans for its first self-developed model, the Formentor. This very interesting SUV is already for sale in the Spanish market. In its first commercial stage, it will be exclusively available together with a 310 hp 2.0-liter TSI petrol engine with seven-speed dual-clutch DSG automatic transmission and a 4Drive traction system. However, this will change in the coming months.
The next great novelty that will burst onto the scene to enrich the mechanical offering of the new CUPRA Formentor is, without a doubt, the plug-in hybrid version. A motorization that, although it will offer high performance, will allow this SUV to wear the environmental badge 0 Emissions of the DGT (General Directorate of Traffic) with all the advantages that this implies. However, SEAT's independent brand will not stop here and will go one step further.

The Formentor range will be enriched with new versions and engines in 2021
Against all odds there will be more decaffeinated engines in the Formentor range. We already anticipate the first spy photos of the Formentor with a 150 hp gasoline engine. But there is still more, since the arrival of two diesel versions is scheduled for next year. In this case, the star will be the new 2.0-liter TDI EVO engine from the Volkswagen Group. It will be offered in two power levels: 150 and 190 hp.
There are many news that are on the agenda, but we must not only talk about new engines. In a relatively short time, a new acronym will appear in the range to which we must pay a lot of attention. And they are called to play a leading role in the premium market as it will be a real claim for buyers looking for exclusivity and, above all, benefits.

CUPRA registers the acronym VZ
At the end of last June, SEAT formally submitted the application to register the trade name CUPRA Formentor VZ. For a car brand to register a trade name is very common. Throughout the year, hundreds of names are registered that are ultimately not used, but companies retain the right to use them in the future. But in this case, we can anticipate that the Formentor VZ is underway and will hit the market.

The Formentor, CUPRA's first own development model. In 2021 the VZ edition will premiere
We must put special emphasis on the acronym VZ, letters that supposedly refer to the word "Veloze" which means "Speed". In any case, and beyond this detail, which is not trivial, what is important is behind this movement. The VZ version, a limited edition, will break into the Formentor range to offer an even more exclusive and / or performance product. Therefore, these acronyms are going to have a very special role.
The CUPRA Formentor VZ with 400 C and Audi "heart"
The "jewel in the crown" of the Formentor range will sport the initials VZ, but what is truly important will be found under its hood. The new Formentor VZ will be powered by a 2.5-liter TFSI five-cylinder petrol engine with 400 hp. A block associated with a seven-speed double-clutch automatic gearbox as well as an all-wheel drive system.
This block is signed by Audi Sport. Moreover, it is the same engine that we can find in the new generation of the Audi RS 3. Model currently under development and, as a point, it should be noted that it will be offered in a Sportback and Sedan variant. The new Audi RS 3 will debut in partnership before the Formentor VZ does the same.

The future CUPRA Formentor VZ will reach 400 hp. Will use the engine of the Audi RS 3
Exclusive: The arrival of the new CUPRA Formentor VZ
When will it hit the market? To see the new Formentor VZ in dealerships, we will have to wait until next year. Now, at Motor.es we can exclusively anticipate when the production of this model will begin. The SOP (Start of Production or Production Start) is set for week 36 of 2021. That is, in the week from Monday 6 to Sunday 12 September.
Therefore, and in a foreseeable way, it is logical to expect that the first units of the Formentor VZ will break into the dealerships before the end of 2021. By price, equipment and benefits, the Formentor VZ with 400 CV will be positioned as the option more exclusive, and therefore, top of the range of the Formentor offer. Very interesting times are ahead for this model.
CUPRA hopes that this exclusive edition of Formentor will boost the brand's sales in markets it considers key, such as the United Kingdom or Mexico. All this without detracting from or downplaying the importance of Spain and / or Germany.

I think this 400hp car would be worth waiting instead of 310 launch edition.
What do you guys think ?

Good find, it was hinted at that they were looking at a more powerful engine in the press launch. They are bringing 7 engine configurations, why not an 8th

Syphon said:
Good find, it was hinted at that they were looking at a more powerful engine in the press launch. They are bringing 7 engine configurations, why not an 8th

Good if it is as above rather than just remapping the current one higher
Click to expand...

Definitely.It’s a bit of a coup if they’ve managed to get that engine over VW for the Tiguan-especially as there were rumours of the Golf using the 5 pot for the R400,years ago.
Reactions: Syphon

Turned into a main site article - thanks for the spot @Billyray911
Reactions: Billyray911 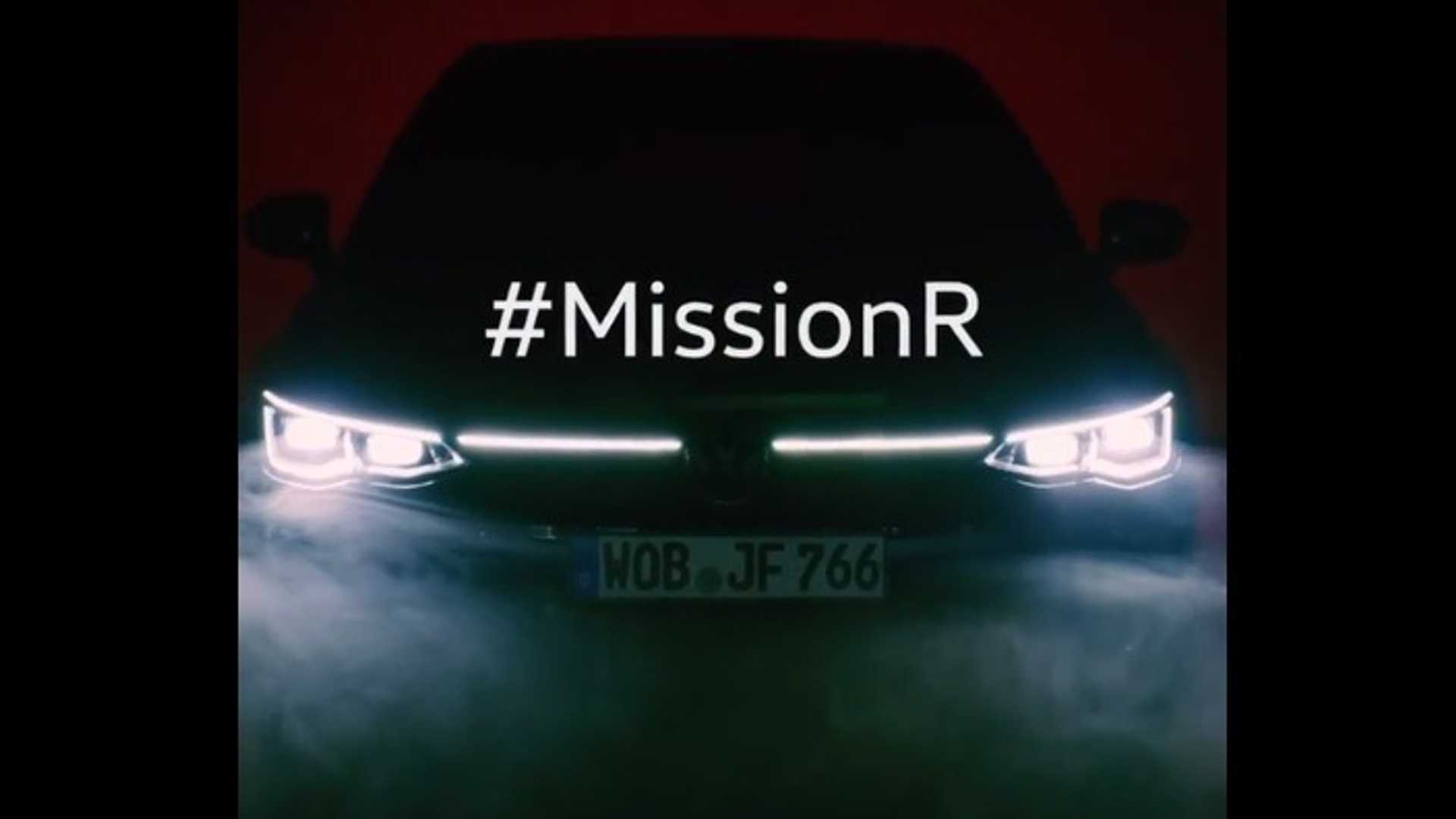 Volkswagen took to Instagram to provide a first look at the hotly anticipated Golf R, which spy shots have been showing it will once again spawn a wagon.

This article also says 400hp is allegedly on the way to formentor.

About time, personally I am not in the market for any more 2.0T cars, had them and not for me no more.

I did quiz Wayne about this a few times in Spain.

I think it's unlikely for the UK. Audi haven't let VW use that engine at all, so i'd be amazed if it rocked up in a Cupra. It's also worth noting that the Formentor is based on the Q3 Sportback, and the new RSQ3 has awful, awful reviews. That and the certain £50k+ list price means I very much doubt it would be a diamond in the rough, so to speak.

I have found some people love rsq3 and some hate it. If 2.0 tsi formentor is 45k plus for the vz edition then it would be 55k plus I reckon for the 400bhp version.
I had made up my mind to go for launch edition if pricing is right but thinking whether to wait a year and see what the 400hp engine would be like and then decide

Updated the article picture - look at the crazy exhaust setup

Put this engine in the new Leon and I'd buy one. Disappointing that they'd waste such a decent engine in an SUV.
Reactions: Wings988

Not a fan of the look, thought it looked fantastic in the teasers but not anymore. MK4 Leon and rear of this is just poor.

Sounds fantastic.Wonder what the plan will be?

They just have to make this I would be first in the queue.

Cbmorgan365 said:
They just have to make this I would be first in the queue.
Click to expand...

Yep I would get it on PCP and I have a car to part-ex.

I mean would you think 55k would be worth as the that is proper premium badge territory.
Show hidden low quality content
You must log in or register to reply here.