You are using an out of date browser. It may not display this or other websites correctly.
You should upgrade or use an alternative browser.
Overview Discussion
Hi guys & gals,
Here is a how-to to remove your front bumper. This is an easy task and will take around 20 minutes to remove, usually a little less to refit. The tools you will need are:

To begin with, pop the bonnet. Above the central grill there is a plastic cover secured with 4 popup tabs. To remove them, twist them 90° anti-clockwise then pry them up. Once up, pull them upwards and remove the whole tab. Once done, the cover un-clips from the edges and can be removed. They are circled in red in the below image: 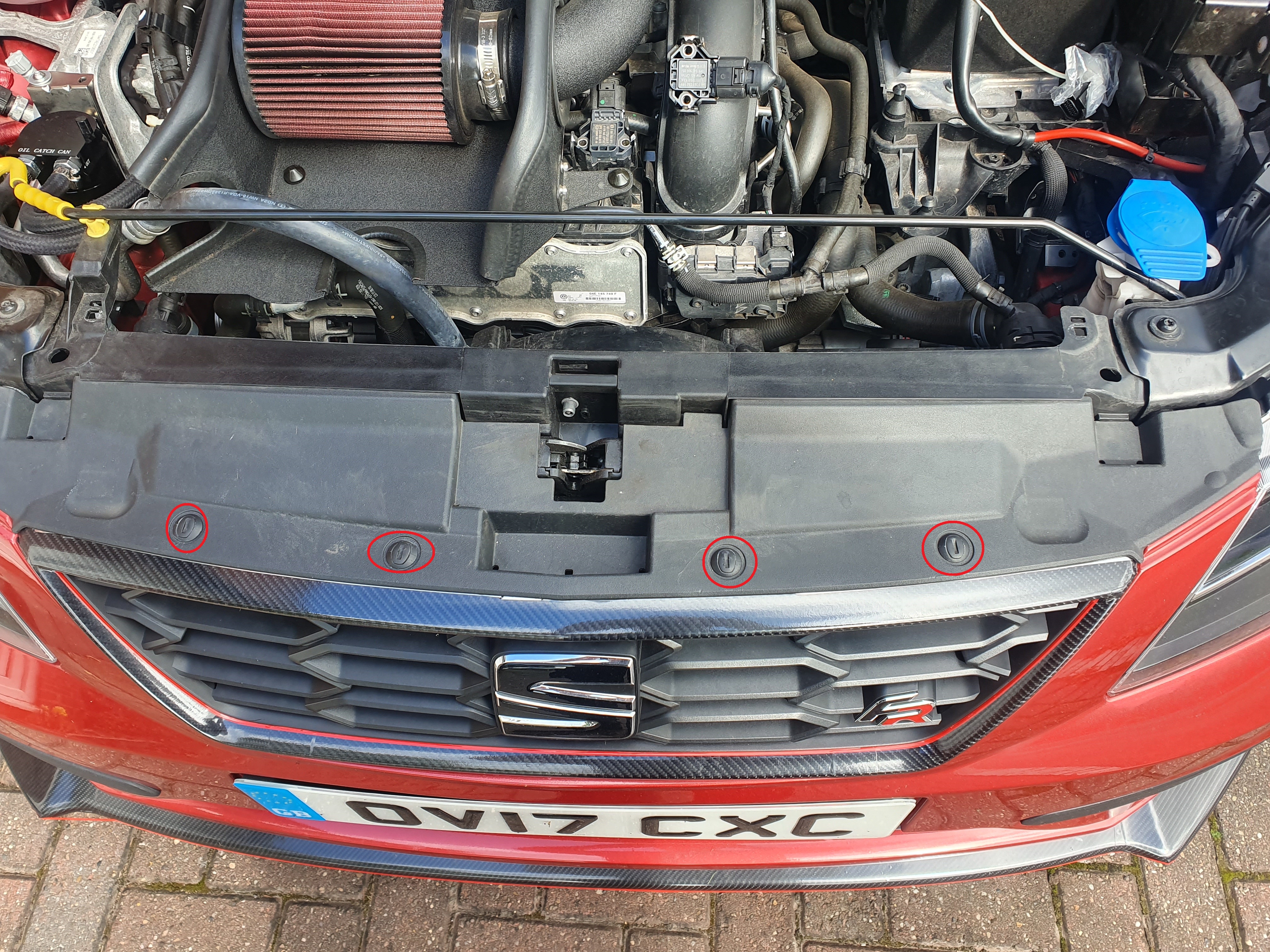 There are 4 T40 Torx bolts now exposed. Remove them. Here they are circled in green: 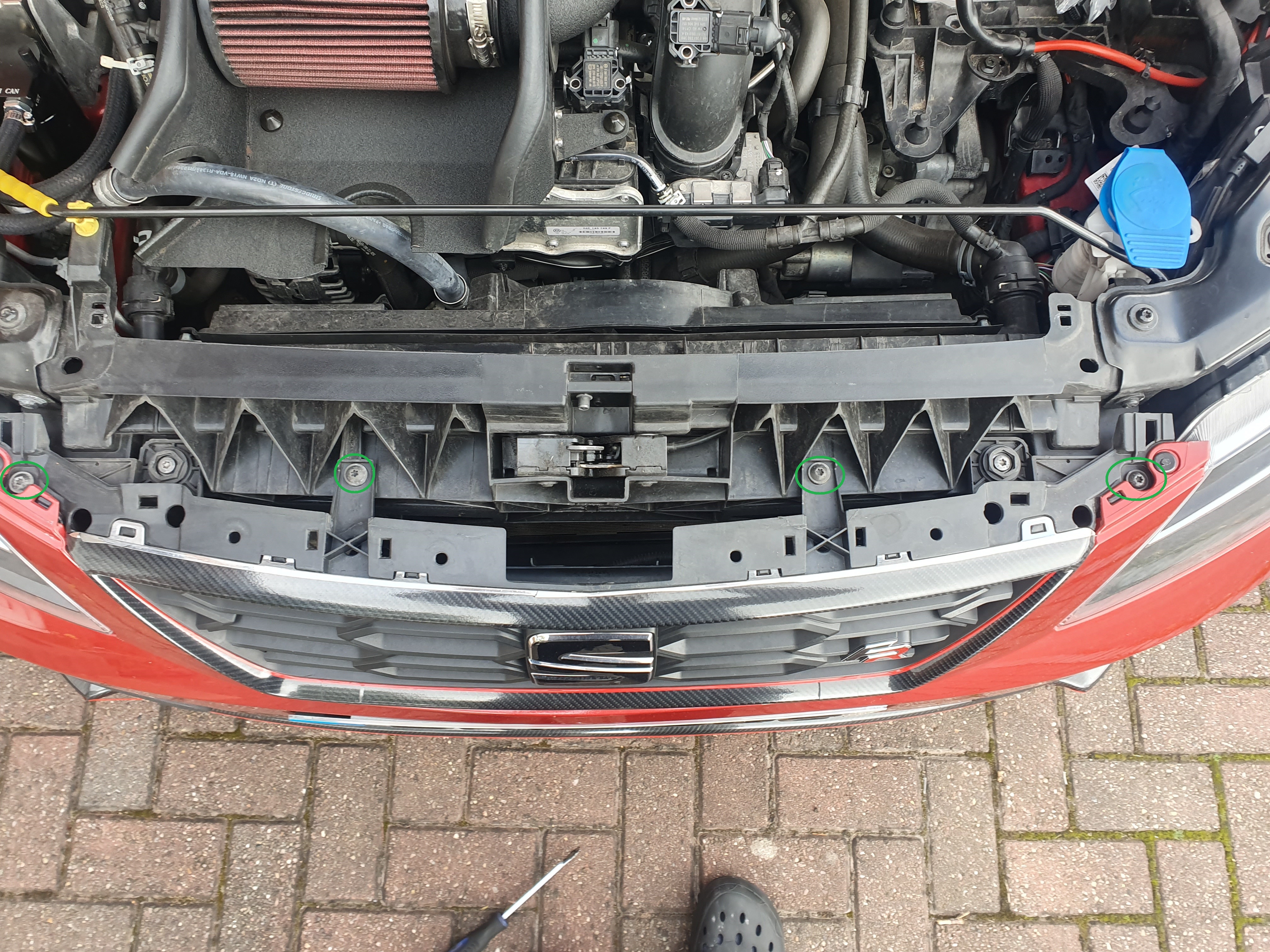 Next, goto the drivers side wheel arch and locate 3 T25 Torx bolts and remove them. You may need to turn the front wheels full lock left or right to access them. They are circled in red: 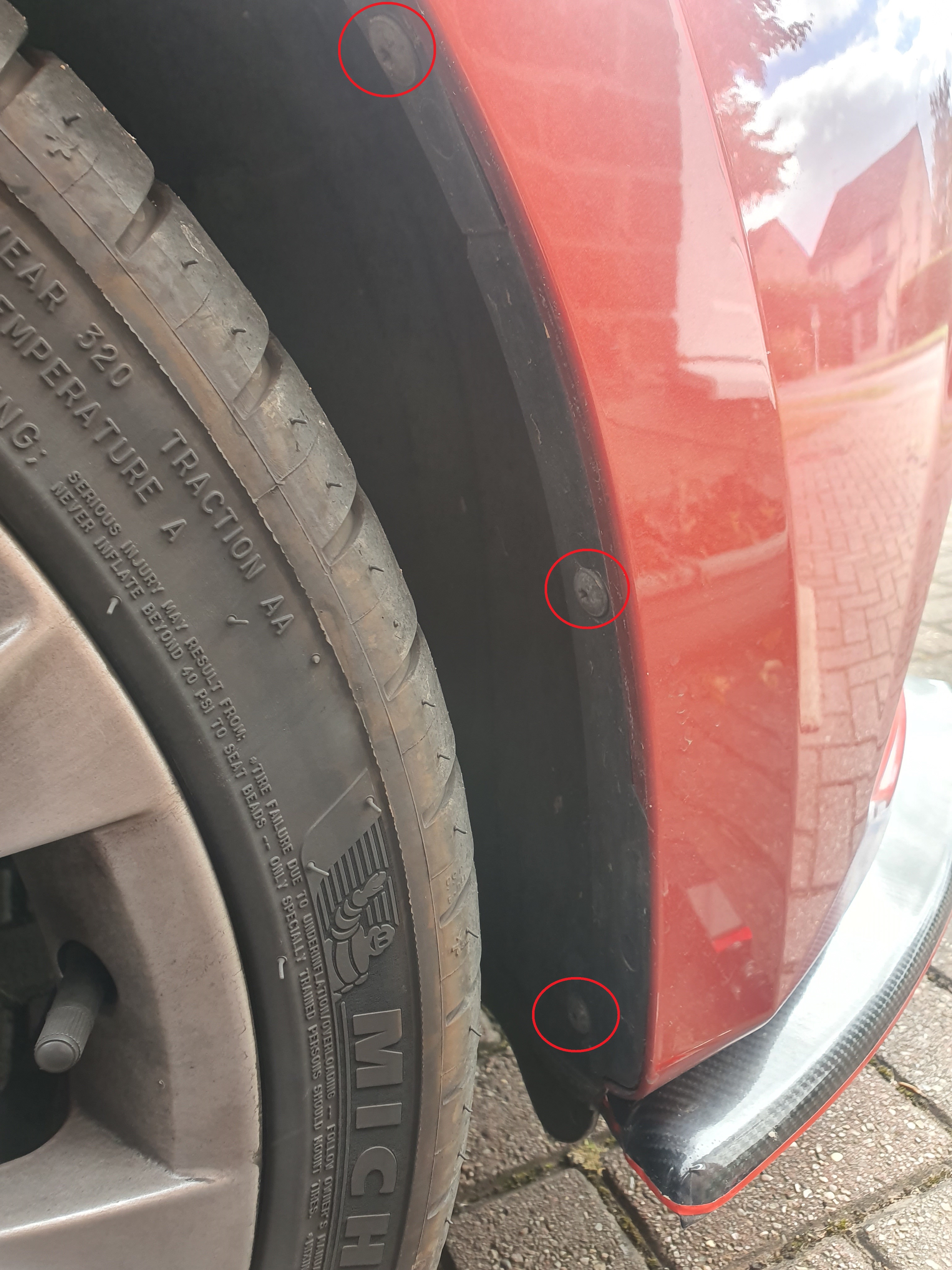 With them removed, pull the wheel arch liner away to reveal another T25 bolt underneath. It is at the top edge where the bumper meets the wing. The green arrow points to where it is: 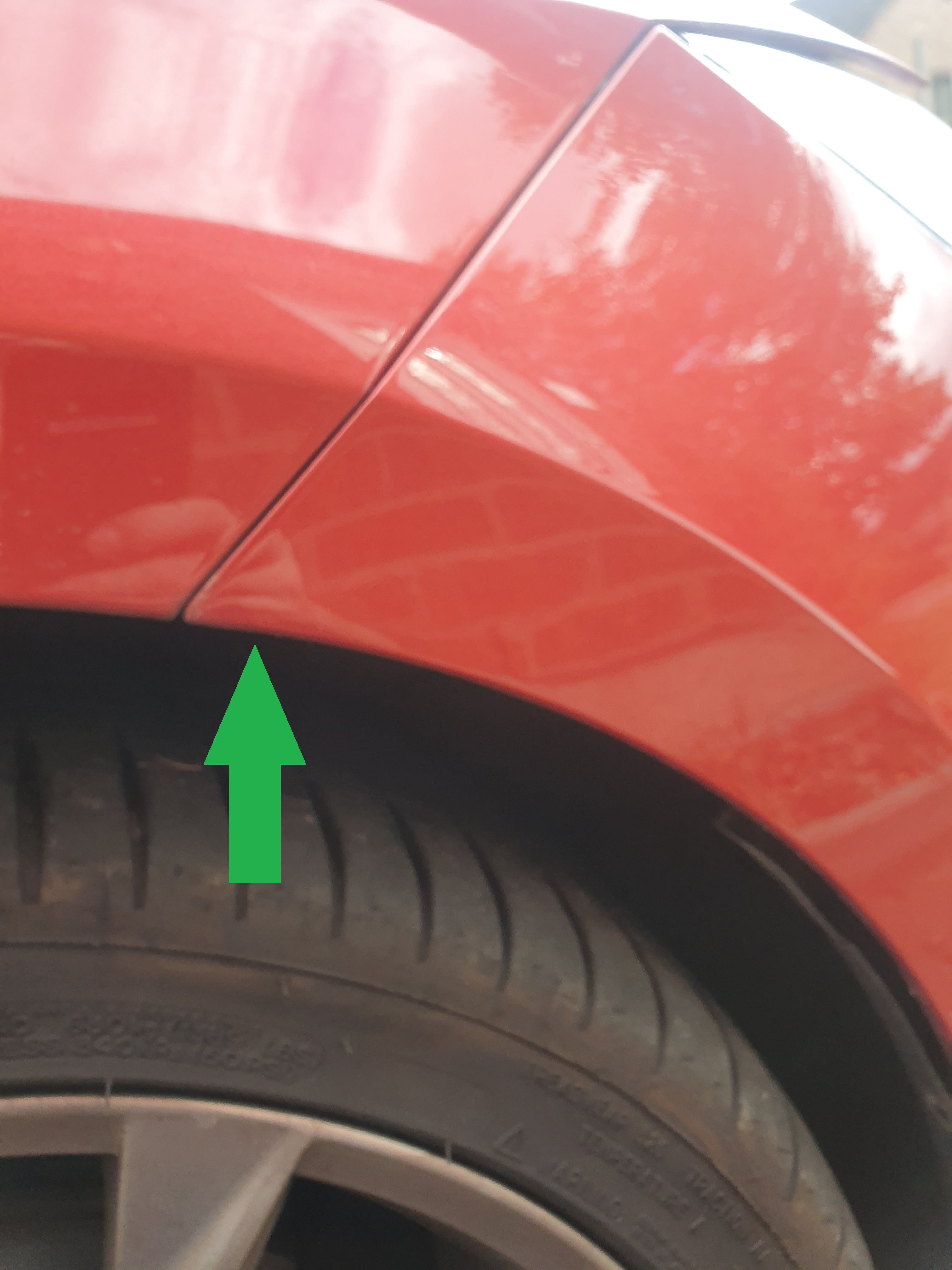 The bolt itself under the liner: 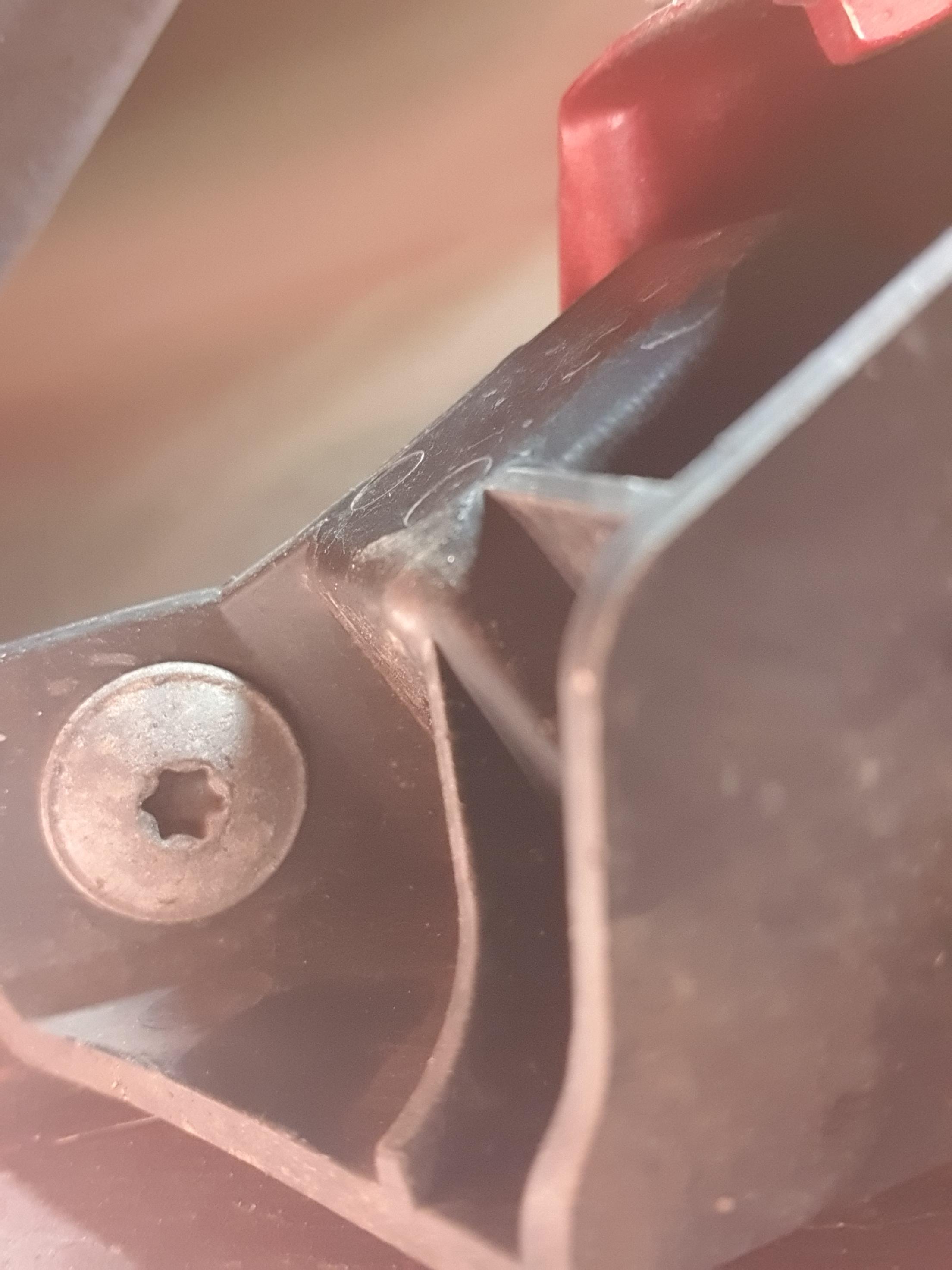 Now repeat the last step on the passenger side: 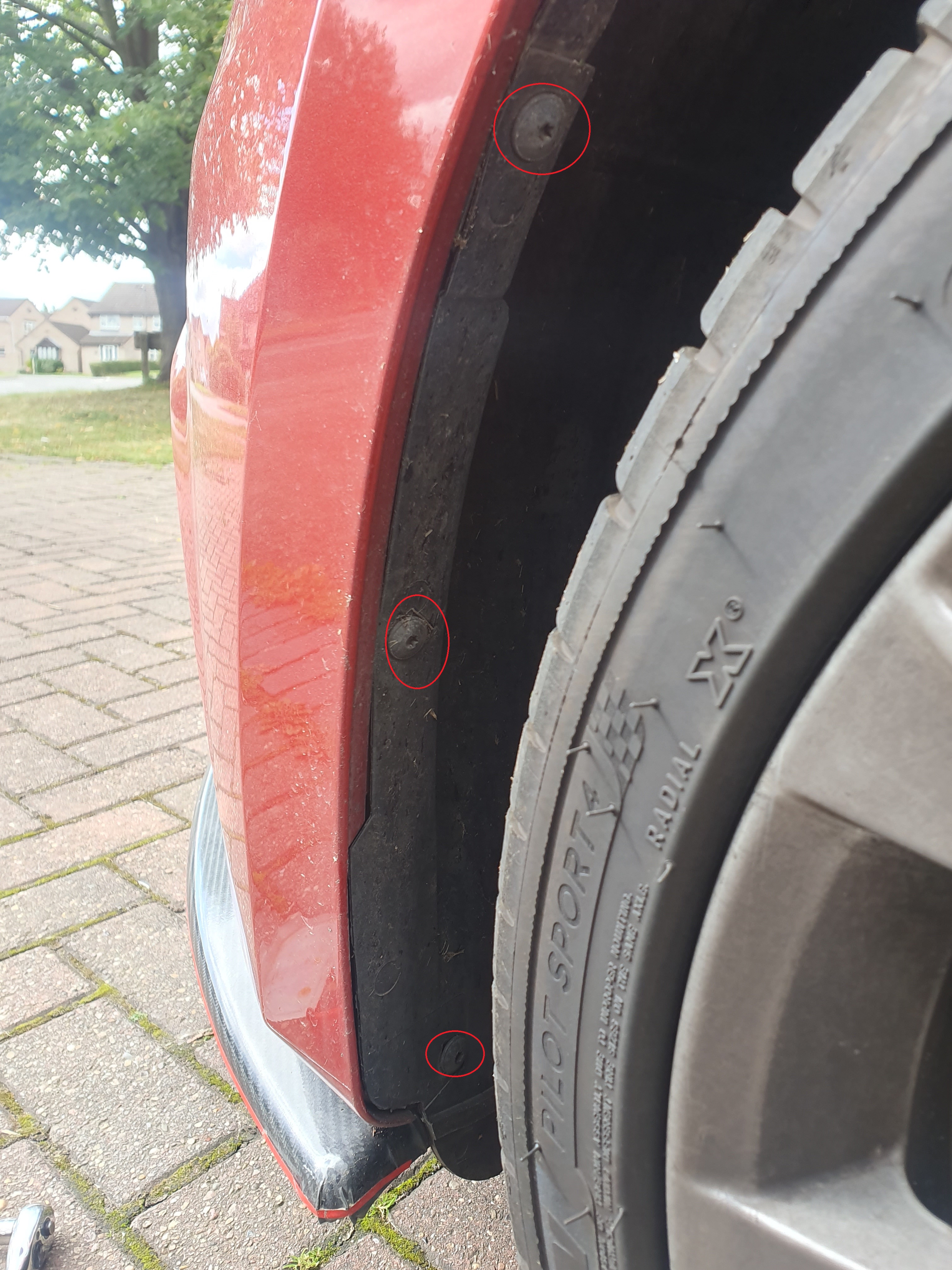 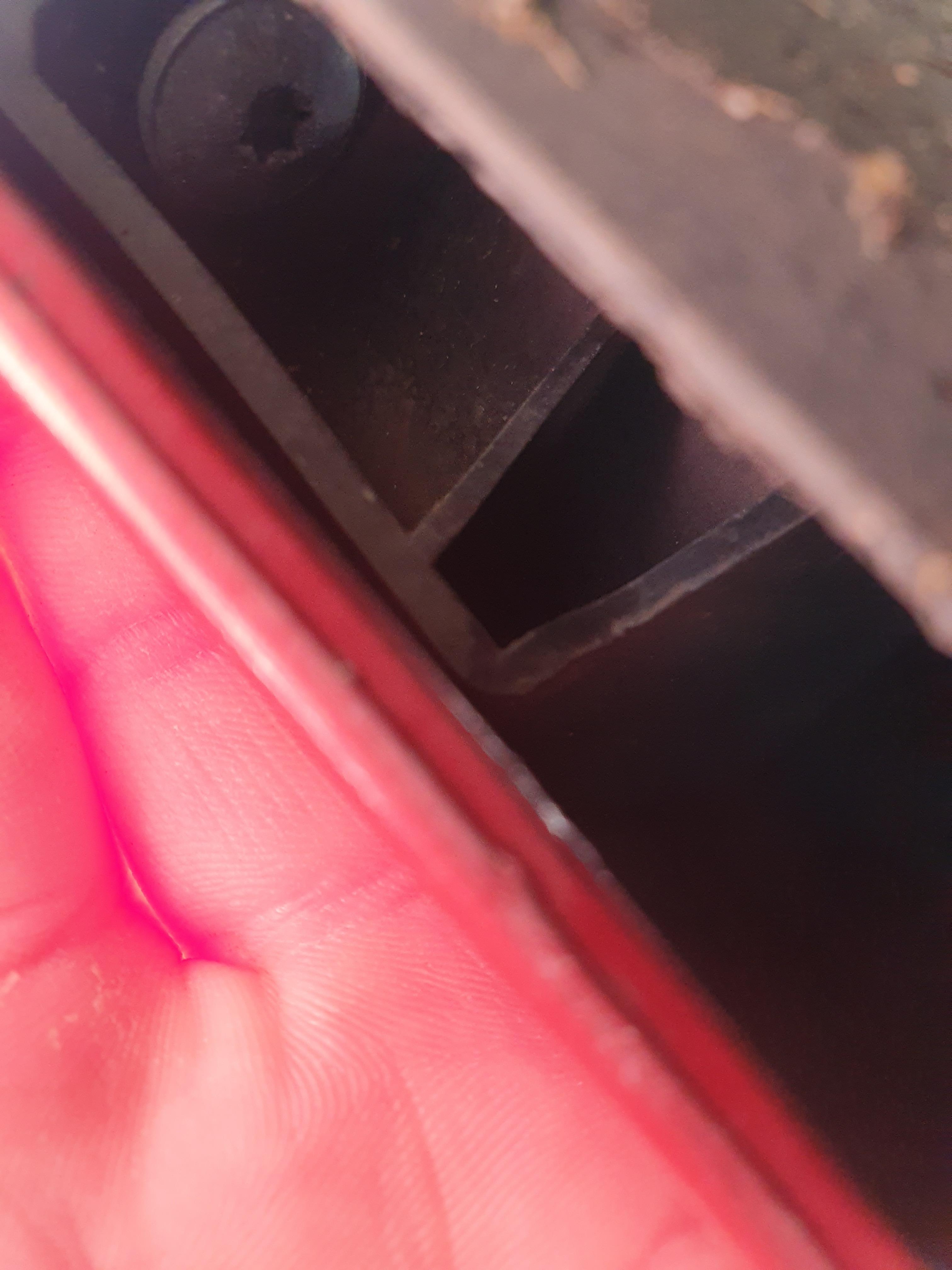 Now there are 6 T25 bolts to remove from under the bumper, 2 in the centre, and 4 either side of the bumper; 2 on each side. They're circled in green in these images: 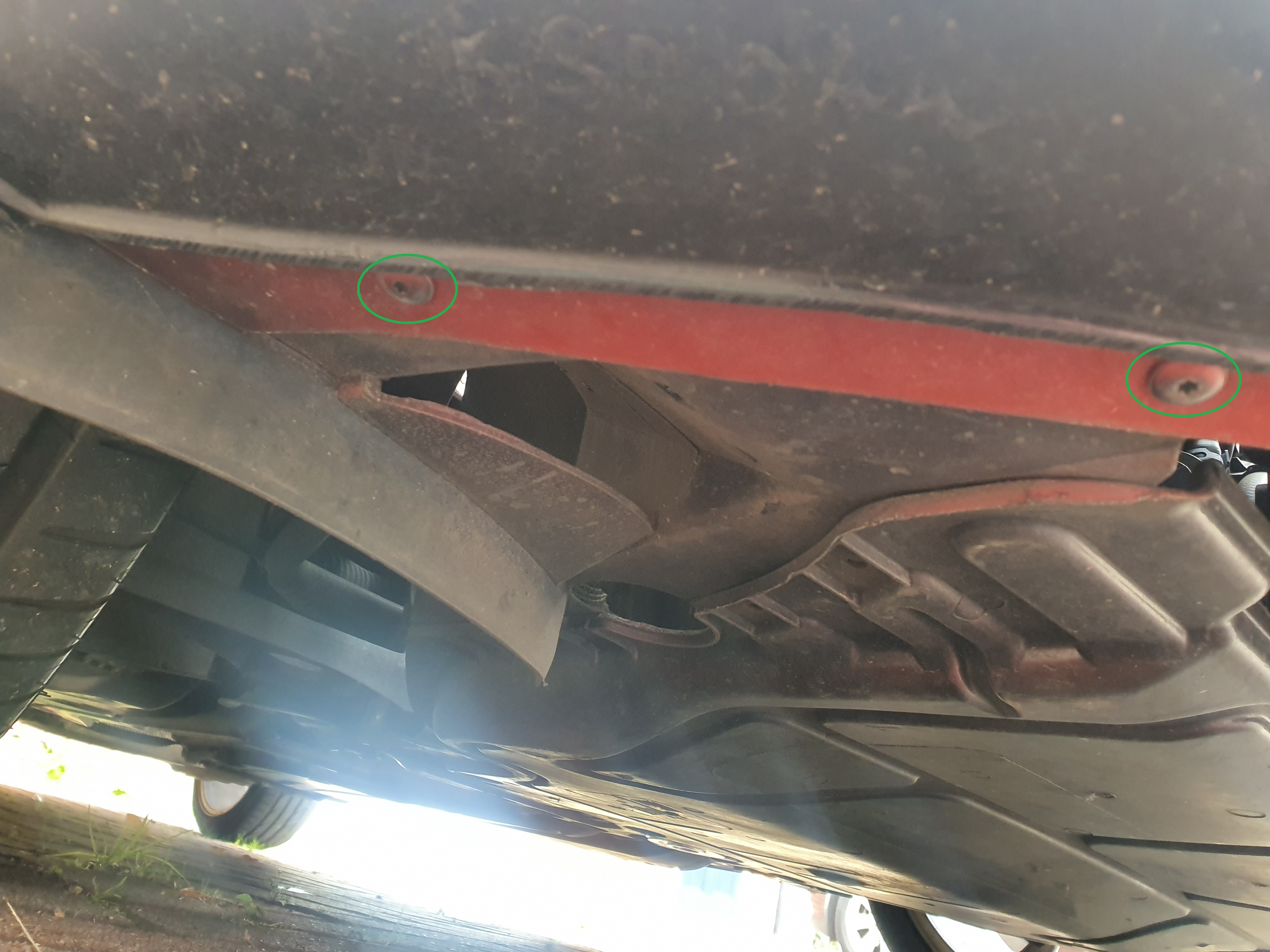 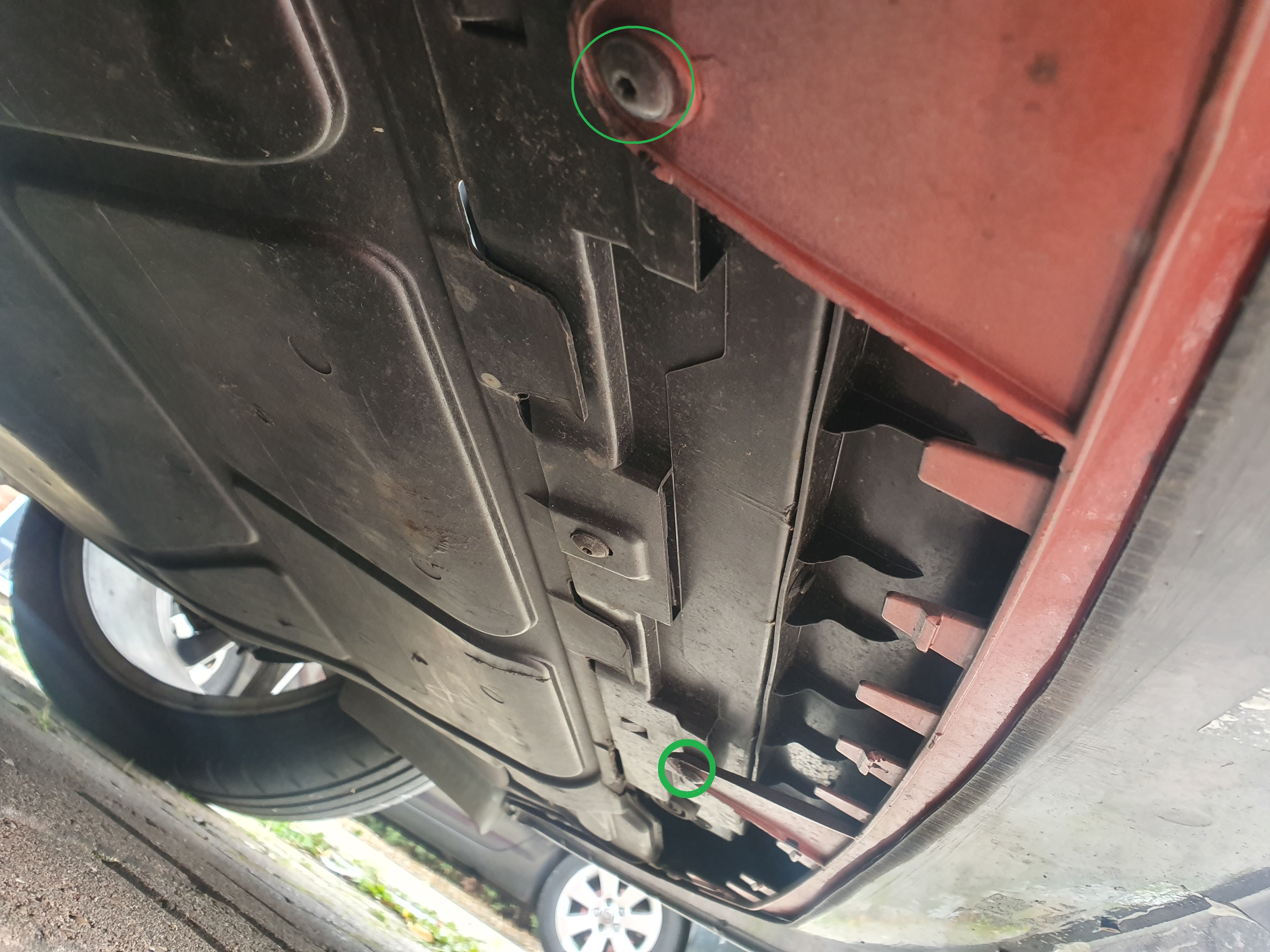 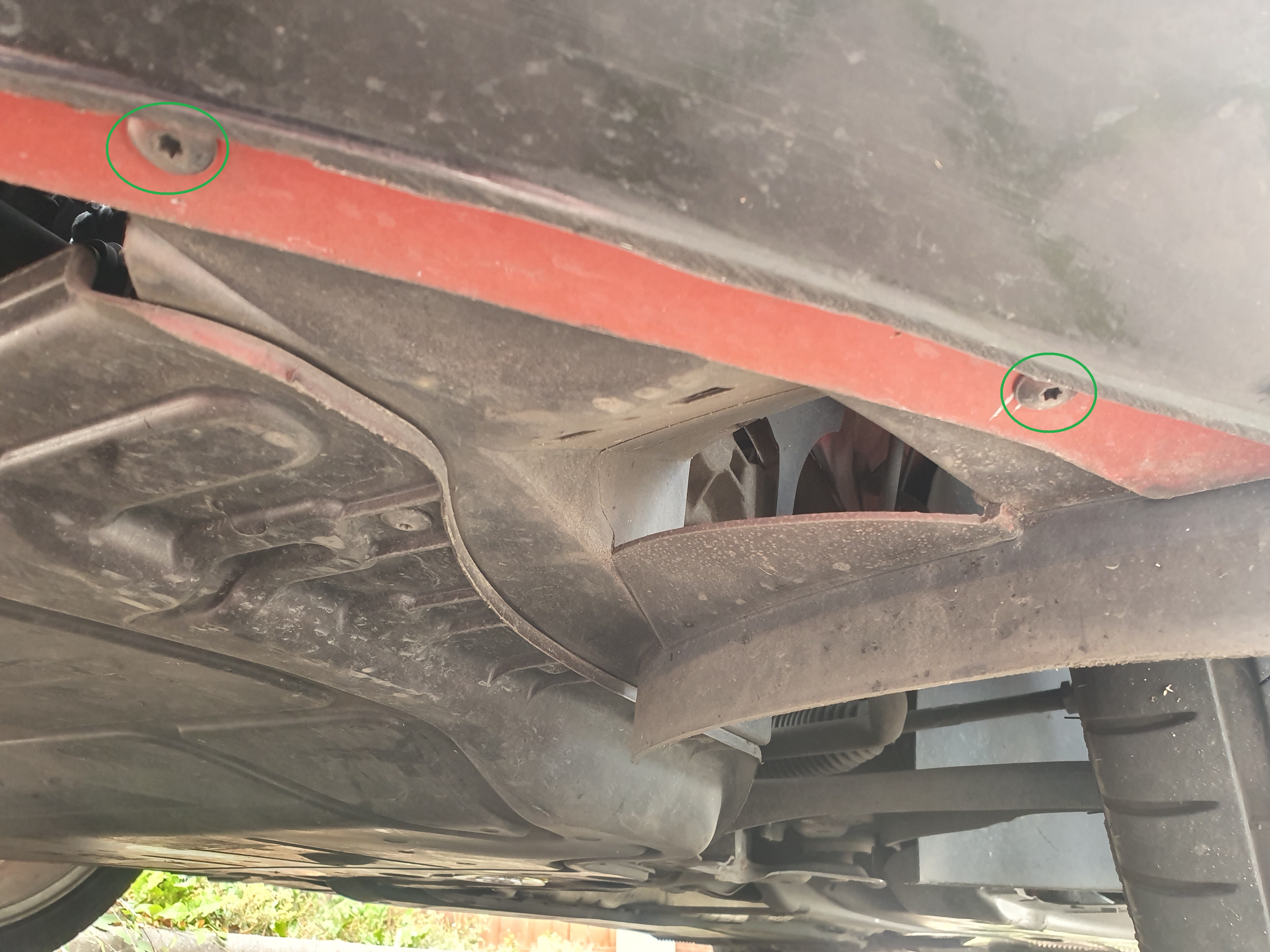 Now there are only 2 bolts left to remove, in the holes on either side of the lower grill. Note the bolts are already removed in these images: 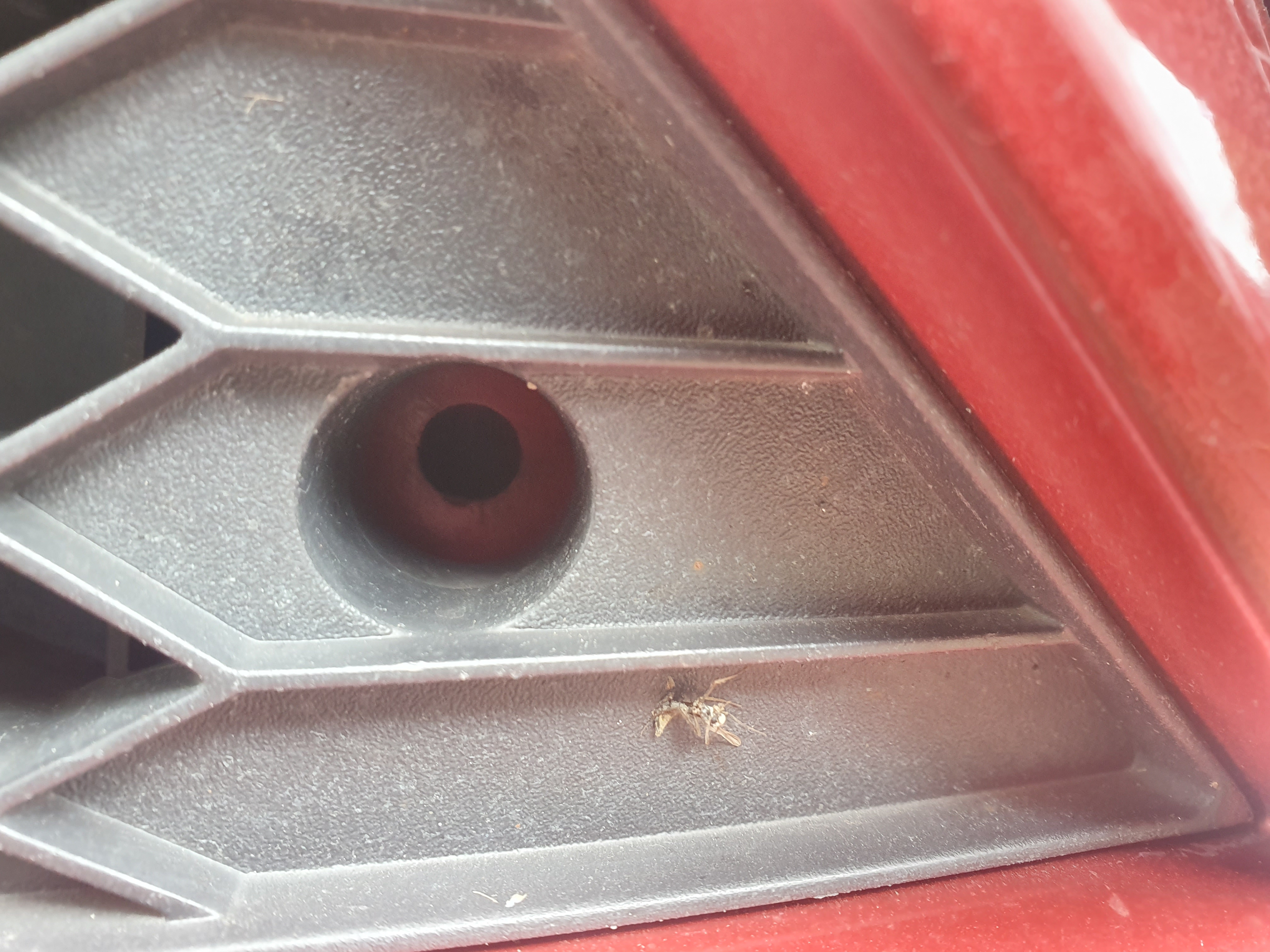 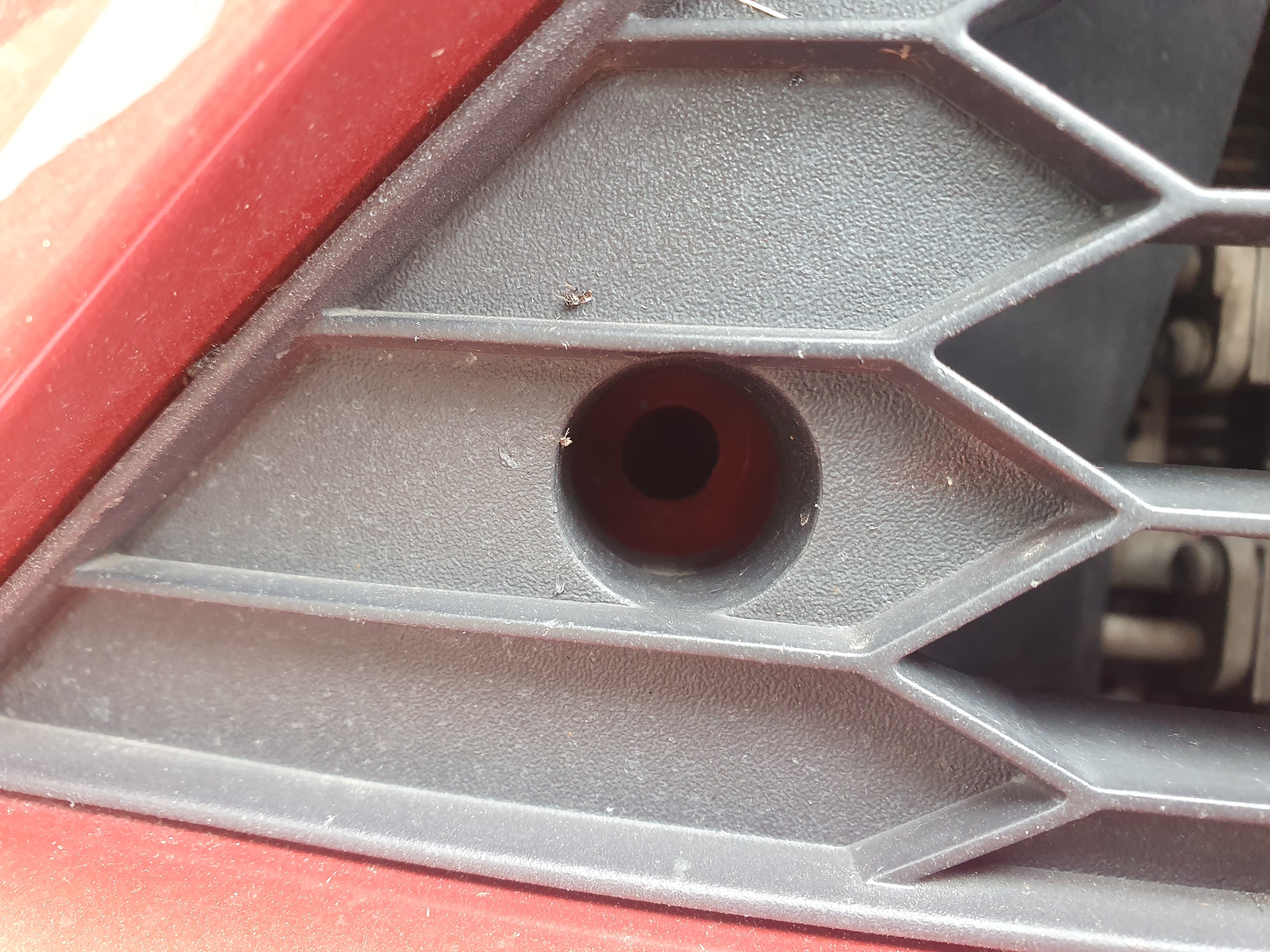 With all the bolts removed, it is time to remove the bumper. Start from one side and unclip the bumper where it meets the wing as shown by the arrows in this image: 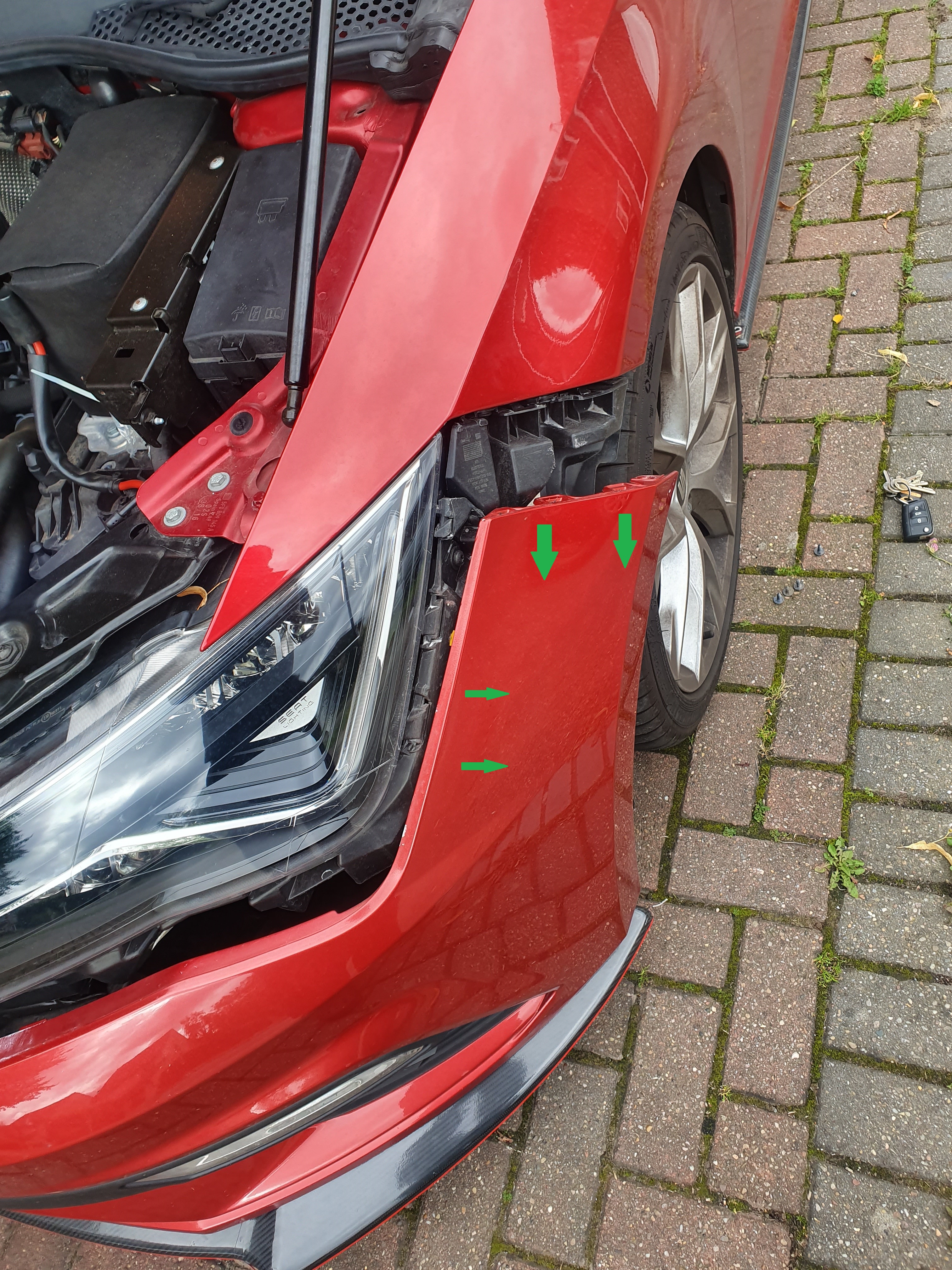 Start with the area where the hidden bolt was and pull it down, then pull the bumper away from the car around the light area. It may be stiff to un-clip if it has never been removed, so be firm. If it feels like something is still attached, double check you removed all the bolts listed above. Repeat this with the other side.

Once both sides are unclipped like the above image, the centre part above the grill will also unclip by pulling it forwards away from the car. Once done the whole bumper will fall to the ground so be sure to put something down, or lower it onto your feet to avoid damage.

Once removed, disconnect the cables either side that link to the fog lights.

If you have followed all of the above you should have the following: 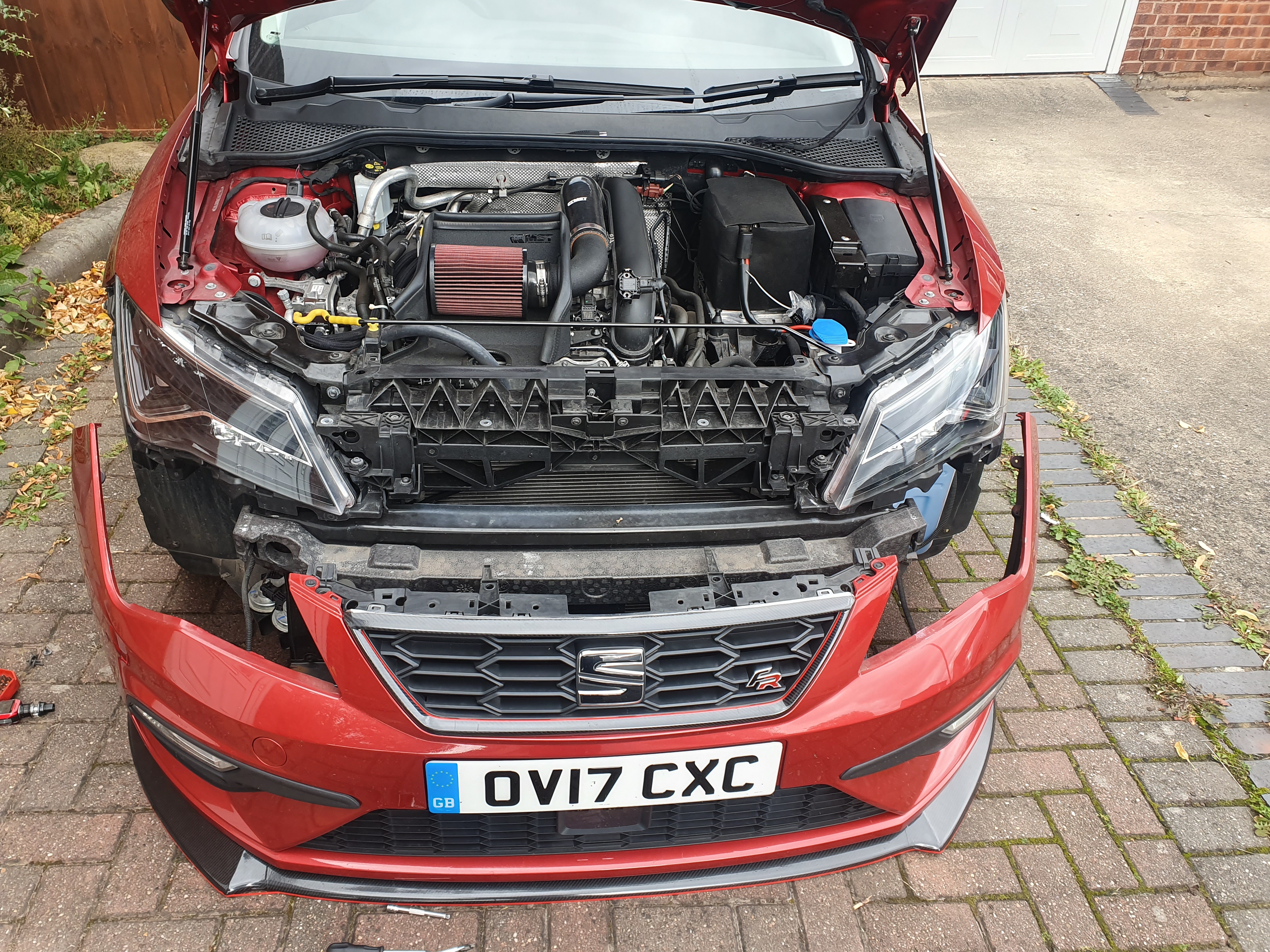 All done! To refit, it is literally the reversal of removal. Any questions, don't hesitate to ask.
Regards,
Lozzy
Reactions: waccy