Coolant loss from tank on motorway journeys or high speeds

So, I tested for exhaust leaks in the coolant and it came back positive. Here are the pics before and after
https://ibb.co/BgXpXmw
https://ibb.co/6YR8PK7
Last edited: Mar 16, 2020

minu94 said:
So, I tested for exhaust leaks in the coolant and it came back positive. Here are the pics before and after
https://ibb.co/BgXpXmw
https://ibb.co/6YR8PK7
Click to expand...

Let us know how it goes and stay safe.

Well - finally got the call today to say that the car was ready after 4 weeks off the road. I'll pick it up after work tomorrow.

Mechanic took over 3 hours to get the thermostat housing back on. Also fitted new cambelt kit and water pump. He worked the whole weekend to get it sorted.

Turns out the w/pump was knackered. The electronic shroud/collar that moves up and down was stuck (known issue) and was limiting the water flow. 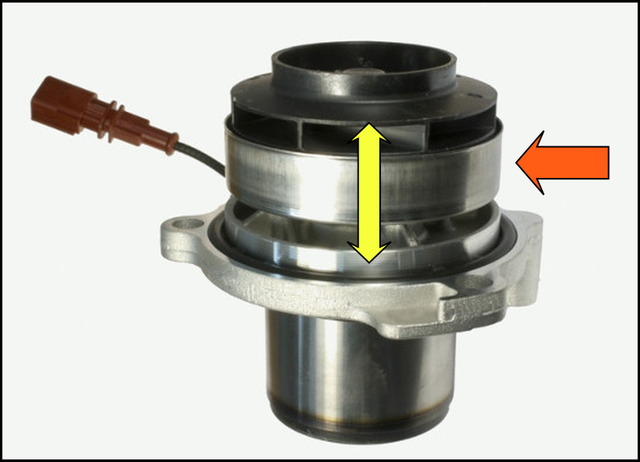 The newer kits don't have that (surprise, surprise) and now it seems to work ok.

I was getting a cold radiator as well (even though the car was super hot), hence the t/stat change. Taking the housing off was the ball-ache. A lot of places recommend changing them at the same time as the t/stat. They are plastic and can fail/leak.

With hindsight, I would have preferred not to do that. It was such an effort to get it off and a new one on. Probably about 7 hours in total. Changing just the t/stat would have been so much easier! I also had to wait nearly 3 weeks for the t/stat housing and that slowed everything down.

Anyway - I'm glad it's done. I'll take it for a decent run on Wednesday (he said the battery was nearly flat so a long run would be good).

Despite the many hours getting the t/stat housing on/off, the total for that and the cambelt change was £530. Really can't argue. My guy said it was a learning curve for him and he can't charge me for that.

Now I just need to change the heater matrix!

Any news? Have you got to test the car? Hopefully it is fully resolved.

Any news? Have you got to test the car? Hopefully it is fully resolved.
Click to expand...

Took it out on Tuesday and it ran fine. Using inCarDoc Pro I was able to monitor the coolant temp and it stayed at a steady 92 degrees once warmed up. Under load it went up a bit but soon dropped as the pump/thermostat compensated. The car dash digital display said 90 degrees when it was at 75 warming up and never went above 90 although the actual operating temp is usually 92. It's designed like that not to freak people out as it actually constantly fluctuates in real terms. 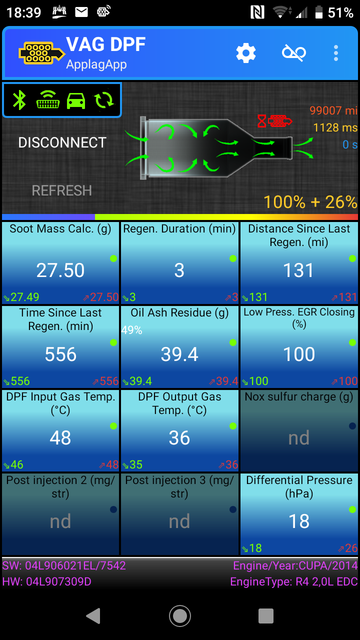 The mechanic had run it a few times to warm it up and been round the block a couple of times. Poor thing. Soon did a regen and after 18 mins driving home was sorted. I stopped straight after the regen and there was no coolant blowback (even with a partially blocked heater matrix - I didn't even have the heating on).

So - I know the pump was faulty. Not sure on the t/stat but I now have a new one anyway.

I checked the coolant the following morning (yesterday) and it had dropped a bit overnight. Just hoping that is the system self bleeding.

Yesterday I also changed the heater matrix and just did a standing test on the drive. So far so good. Just got to put the glovebox/infotainment back in and re-set the airbag light. I had to top up the coolant again due to the new matrix so it might take a few trips to see if that fully settles down.

Can't give it a full road test under the current restrictions, so I'll have to wait for another justified journey.