You are using an out of date browser. It may not display this or other websites correctly.
You should upgrade or use an alternative browser.
Overview Discussion
Hi guys & gals,

I won't be talking about the air filter as I have a custom one on my car so there's nothing for me to change/clean just yet. Another point to note is that this engine doesn't require a fuel filter change as it's built into the fuel delivery unit in the fuel tank i.e it has a 'lifetime' filter

From TPS, these genuine parts came to a total of £38.46 including VAT. With an air filter it wouldn't have been much more.

Changing the oil
To begin with make sure your car is on level ground. Then securely raise it at the front end. I jacked it up where the rear of the front wishbone attaches to the sub frame. I kept it on the jack but placed an axle stand under the sill should the jack fail.

Once in the air, you need to remove the under-tray. This is held on with 11 T25 & 3 T40 Torx bolts in the following locations;
One at the centre front: 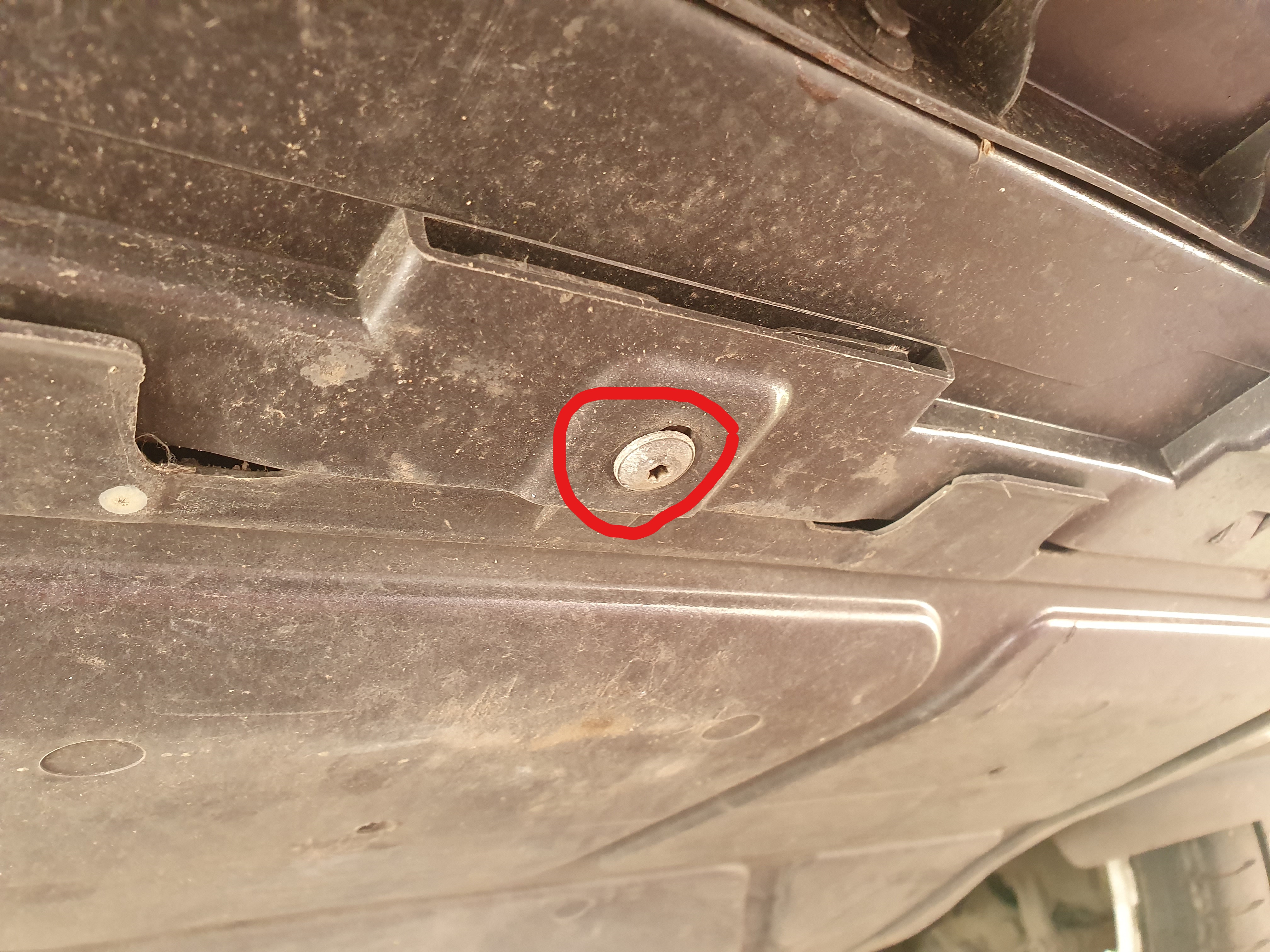 5 either side going from front to rear: 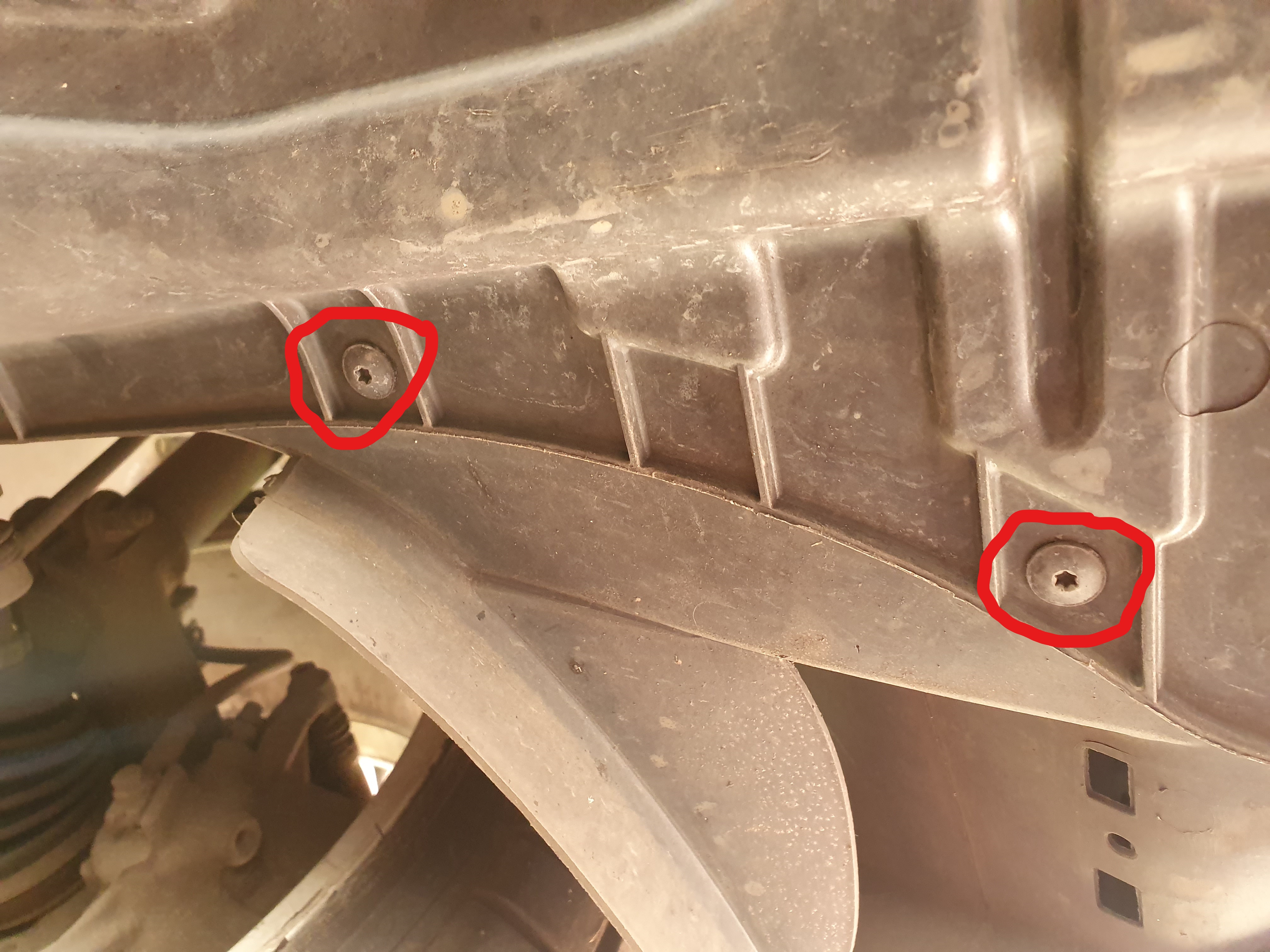 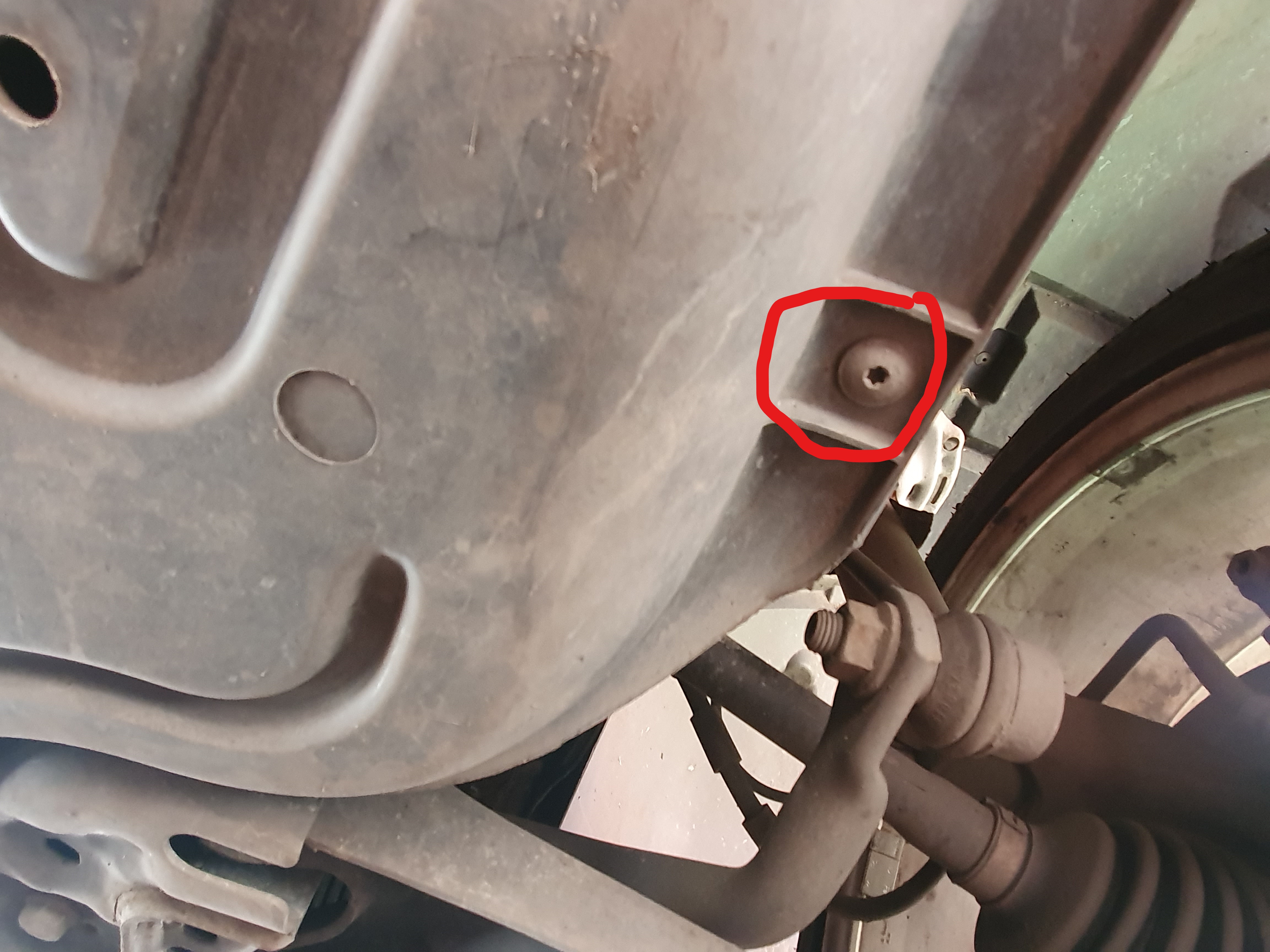 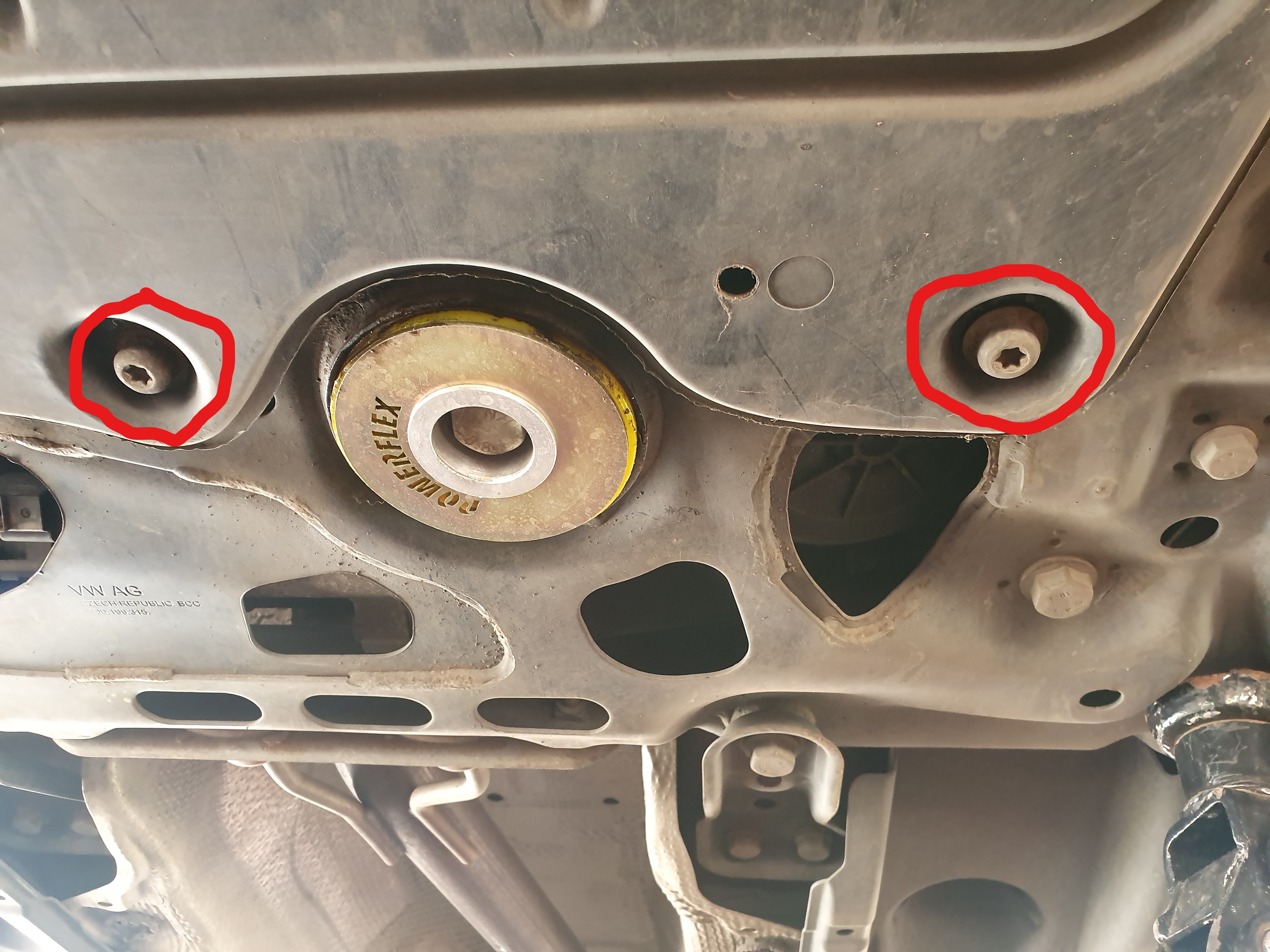 Once removed, the rear drops down and the front unclips from the car, allowing removal.

Now you have access to the under side of the engine compartment. Locate the drain plug at the rear of the engine: 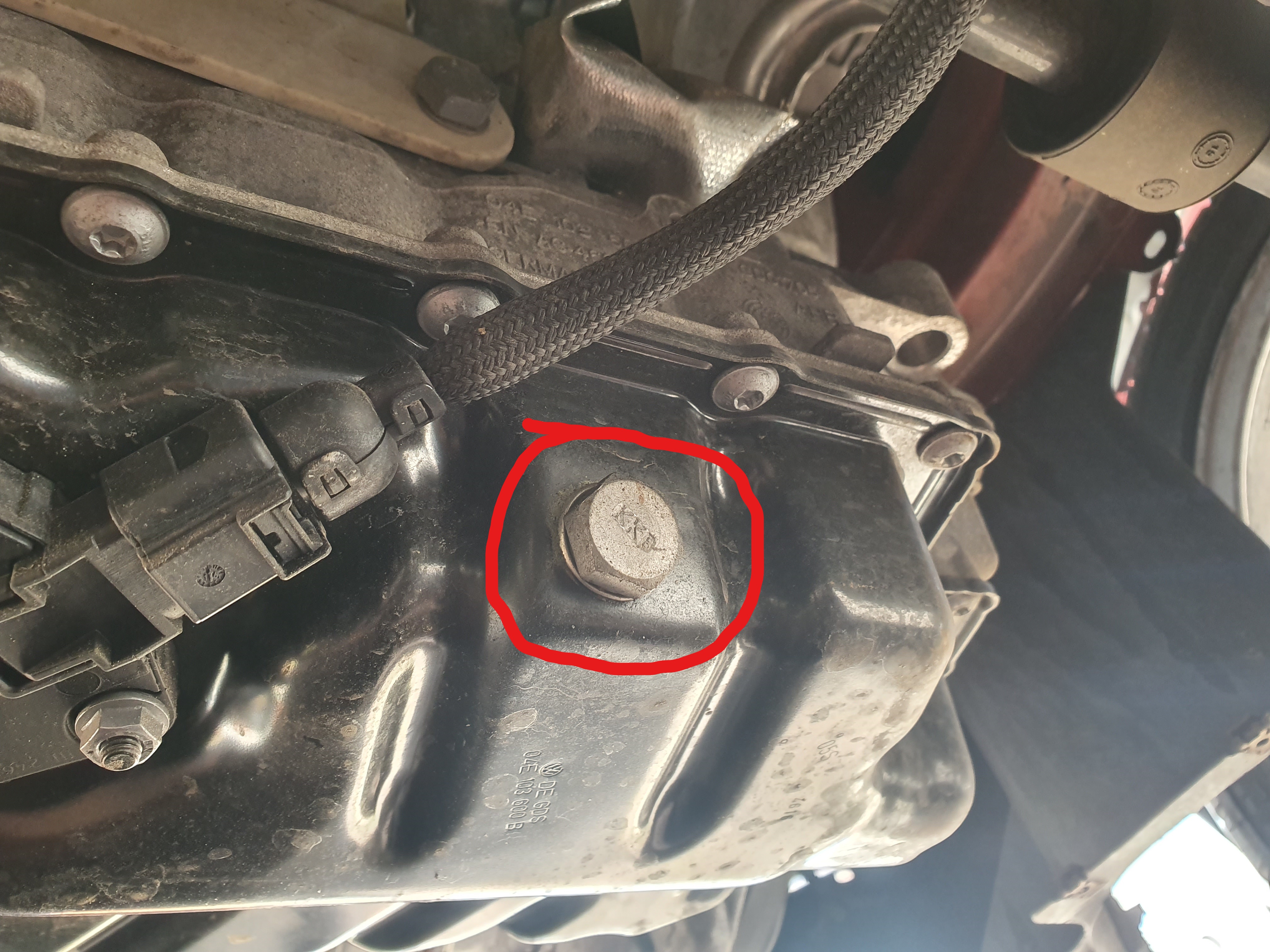 This nut is 19mm. Position the oil pan under the sump, and then slowly undo the plug. As it gets looser, push it against the engine while continuing to undo it. This will prevent the oil from suddenly gushing out as it comes out fully. Once fully undone, quickly remove it, or drop it into the pan and retrieve it later. Ensure to move the oil pan as required while doing this procedure. Allow the oil to drain into the pan: 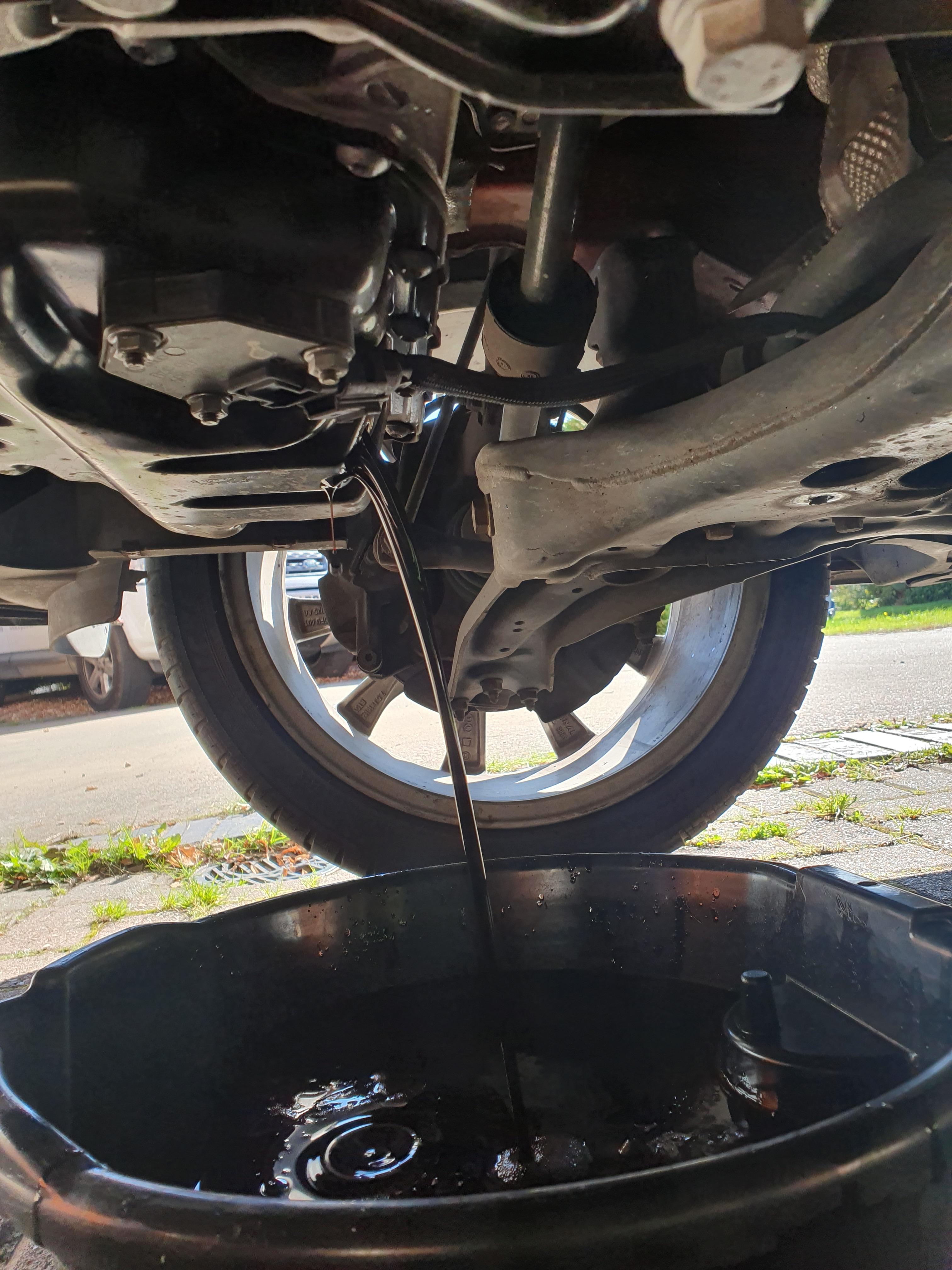 DO NOT START THE ENGINE FROM THIS POINT ONWARD!

While the oil is draining, remove the axle stand and lower the car down on the jack to allow the engine to level out to ensure as much old oil as possible drains out. Keep an eye on the catch pan while it is draining as the flow may change as it slows.

Pollen filter
While the oil is draining you can change the pollen filter. It is located inside the glovebox. Open the glovebox and push in both sides towards each other to allow it to drop down: 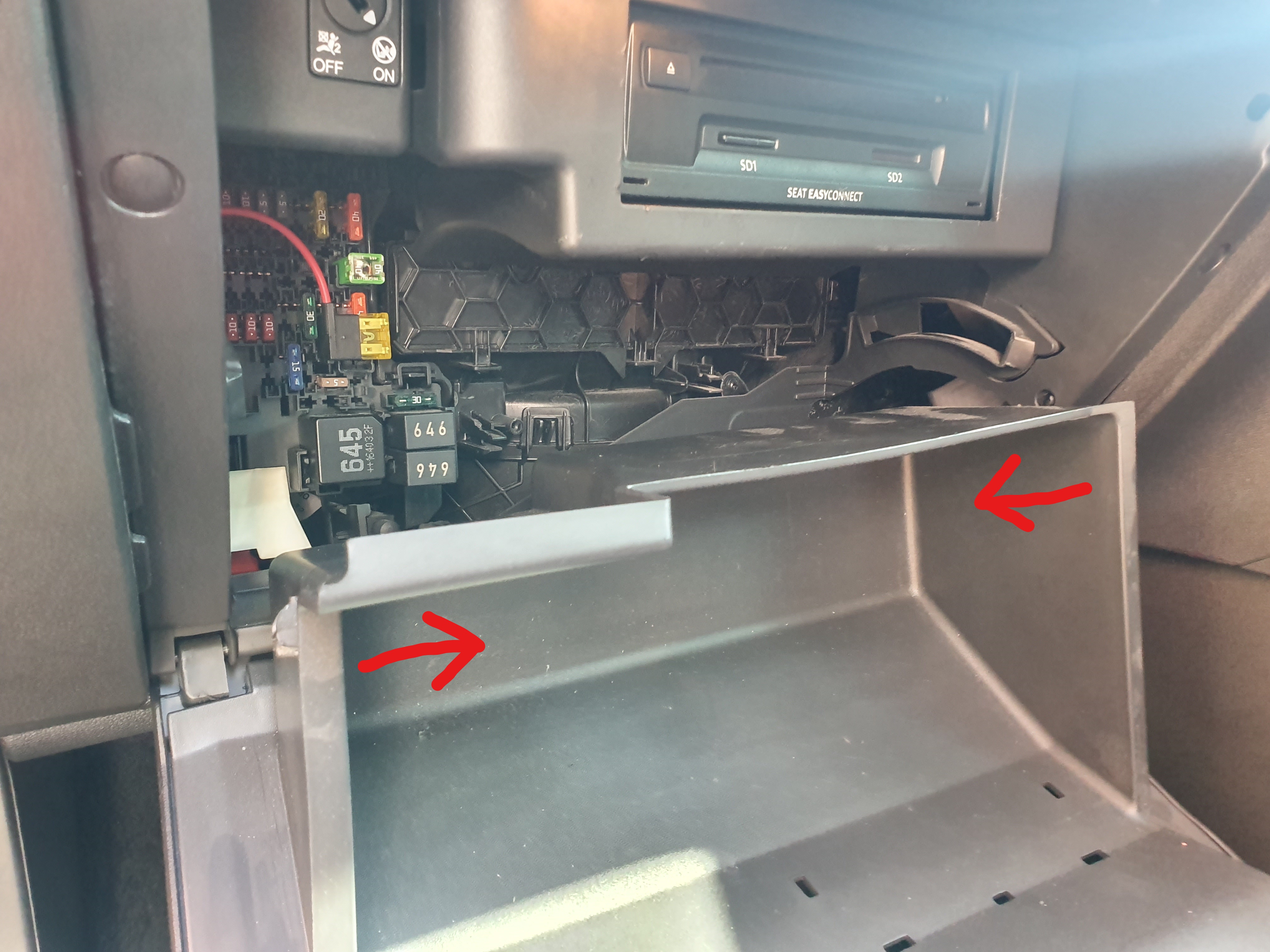 Then pull the plastic cowling around the media unit towards the passenger seat to unclip it. Once unclipped, remove. You can now see the filter housing. It has 3 clips at the bottom that need to be pressed down to release the cover: 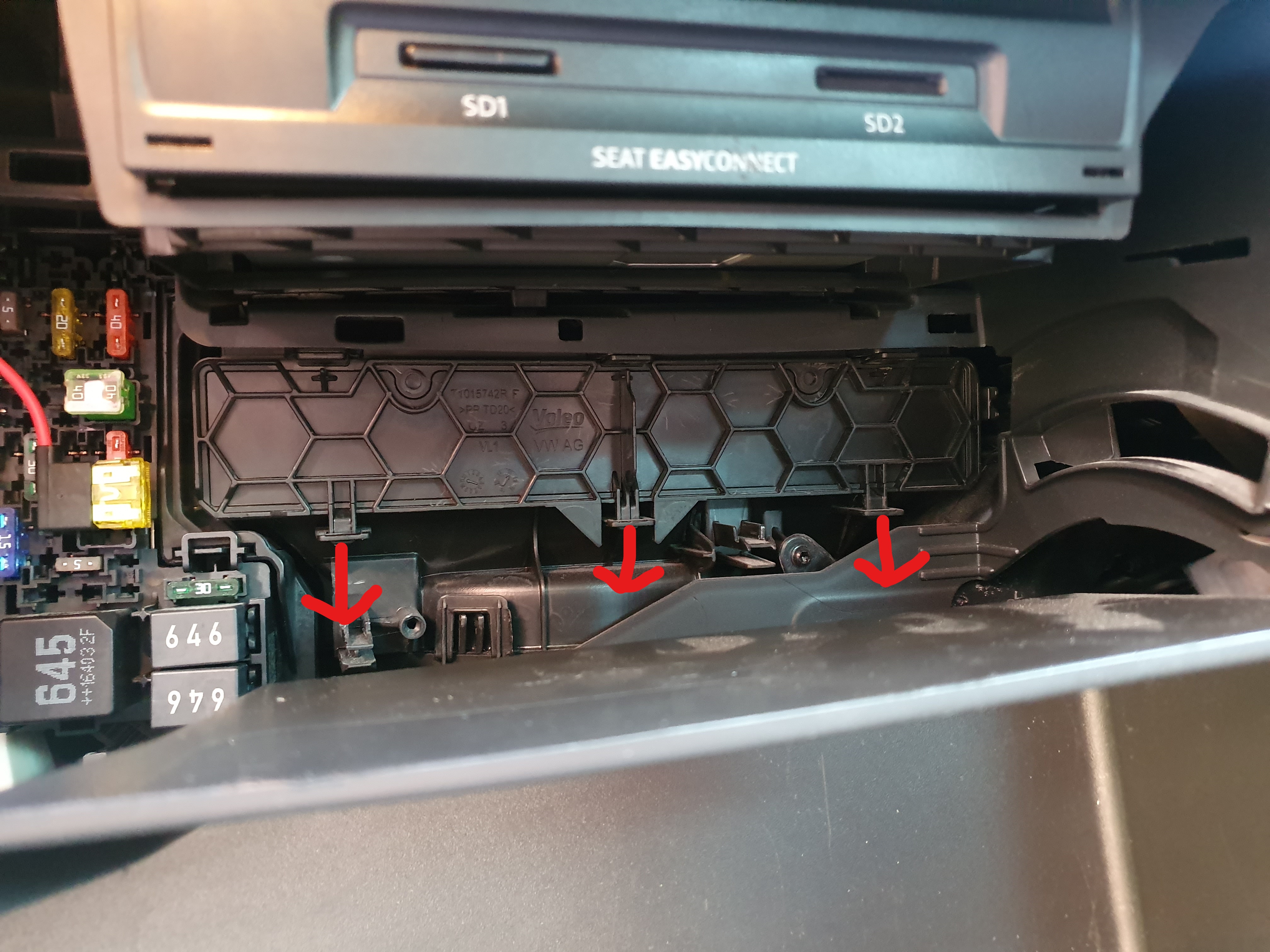 Pull the cover down and it will release, allowing removal of the filter. The filter simply pulls out: 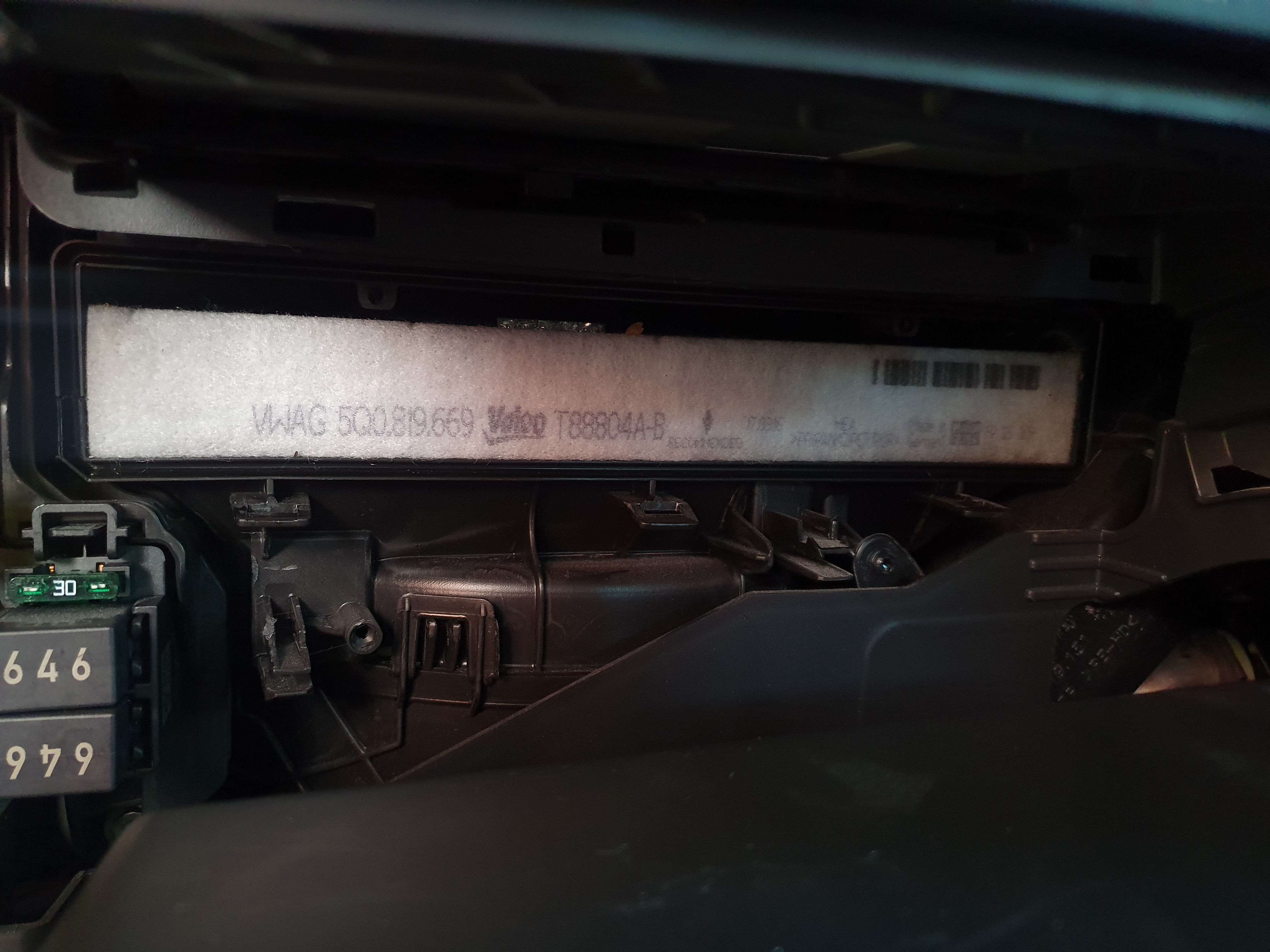 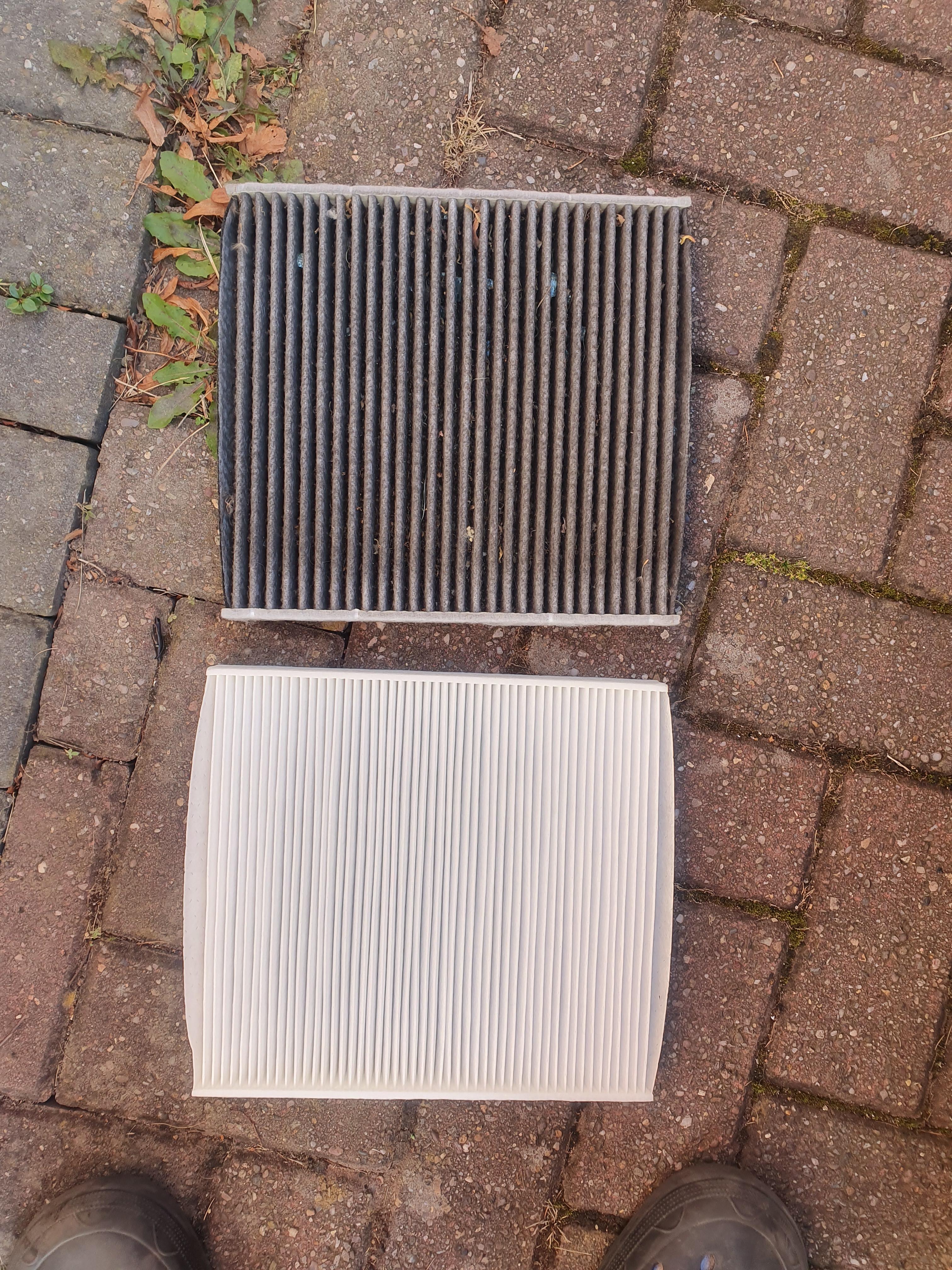 Once removed, replace with the new filter: 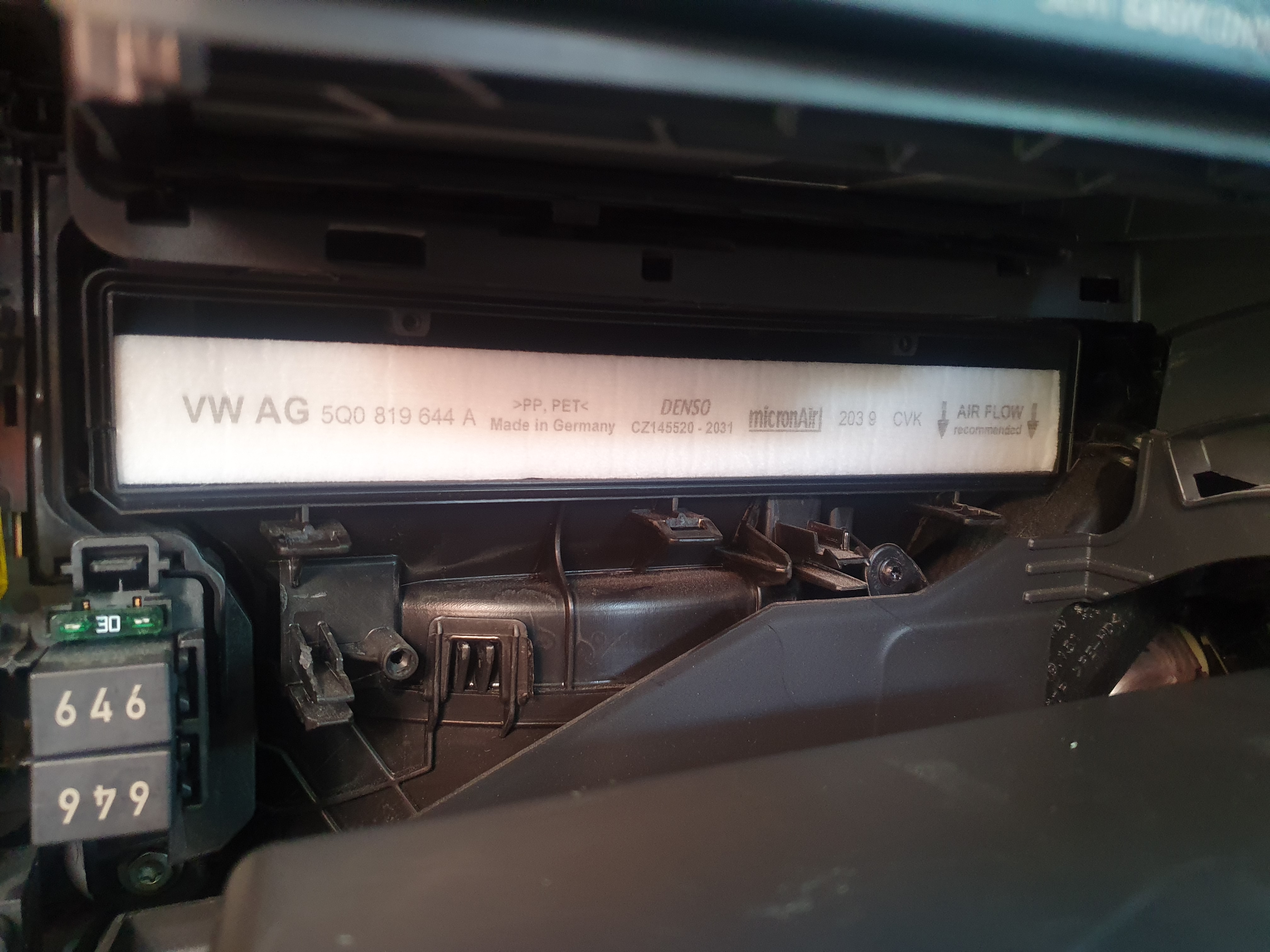 Refit the covers you removed. They are reversal of removal. Then push the sides of the glovebox in the opposite direction and push it back into place. That's the pollen filter all done.

Oil filter
Check that the oil flow from the sump has almost stopped, indicating that most of the oil as drained out. Raise and secure the car again. With a new sump plug and washer, replace it into the drain hole and tighten then torque to 30NM. Clean the area with a rag: 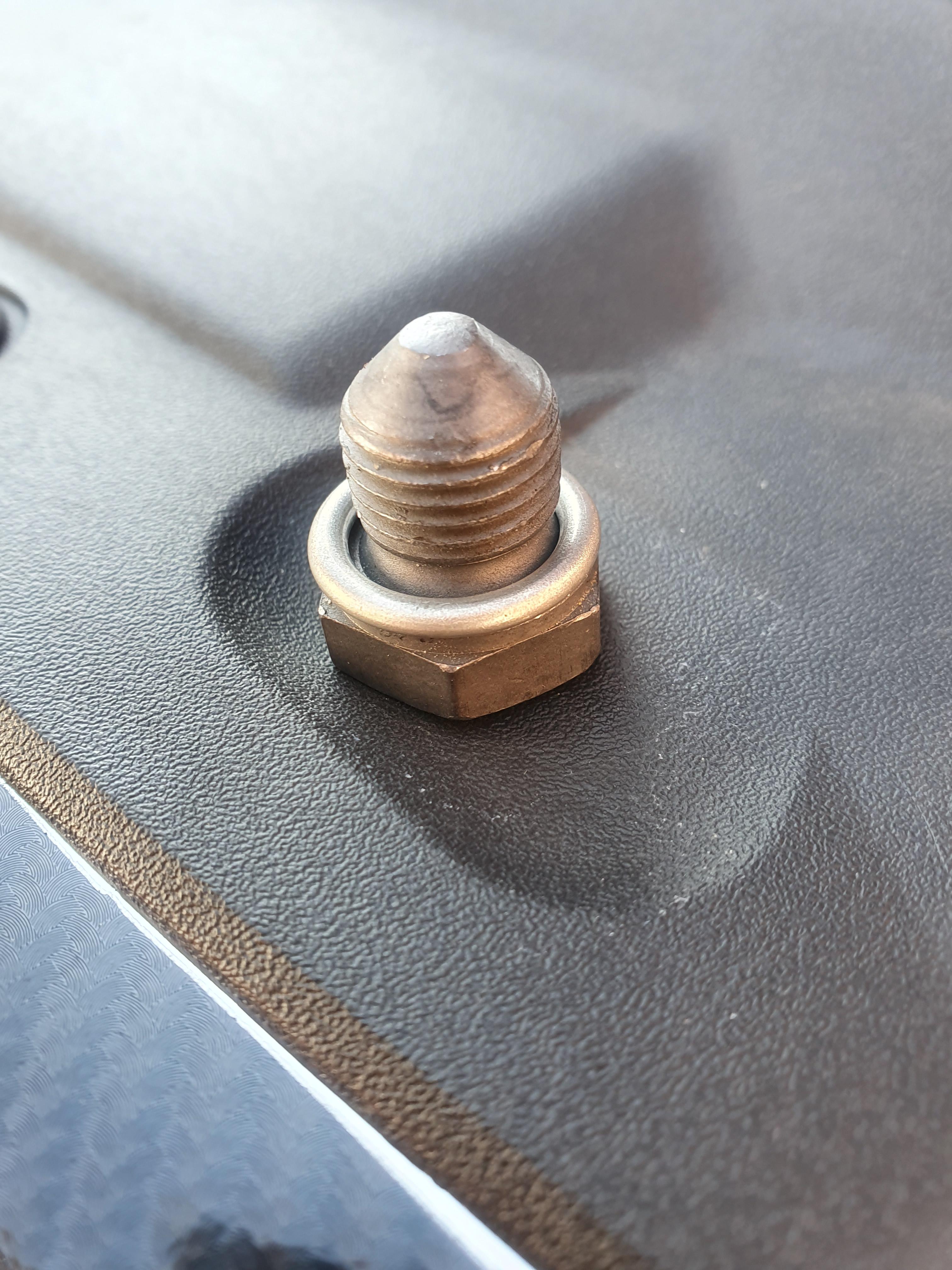 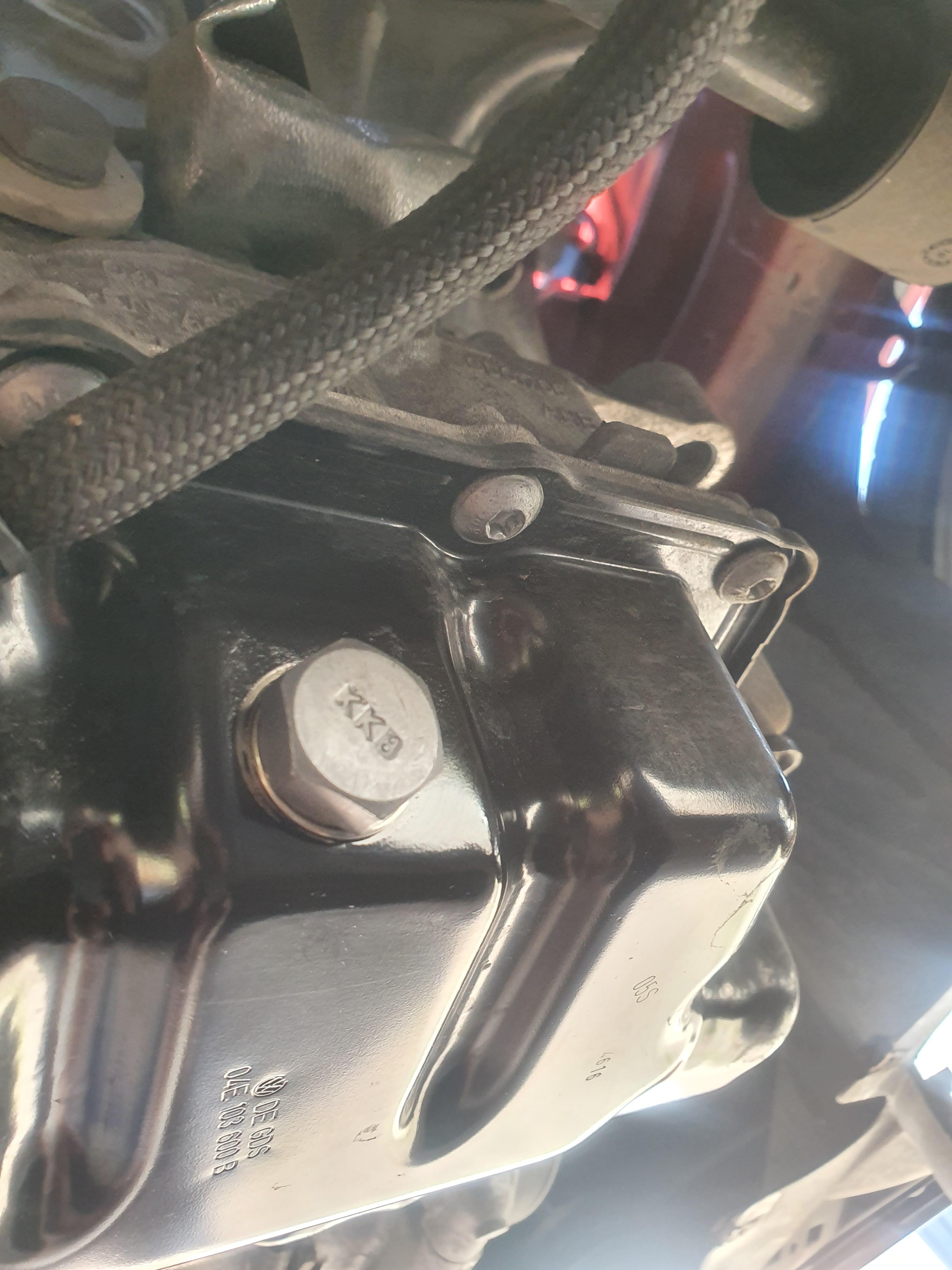 Once done, locate the oil filter on the front of the engine block. Position the oil catch pan under it and proceed to loosen it with the oil filter wrench/filter puller. Turn in a anti-clockwise direction to undo: 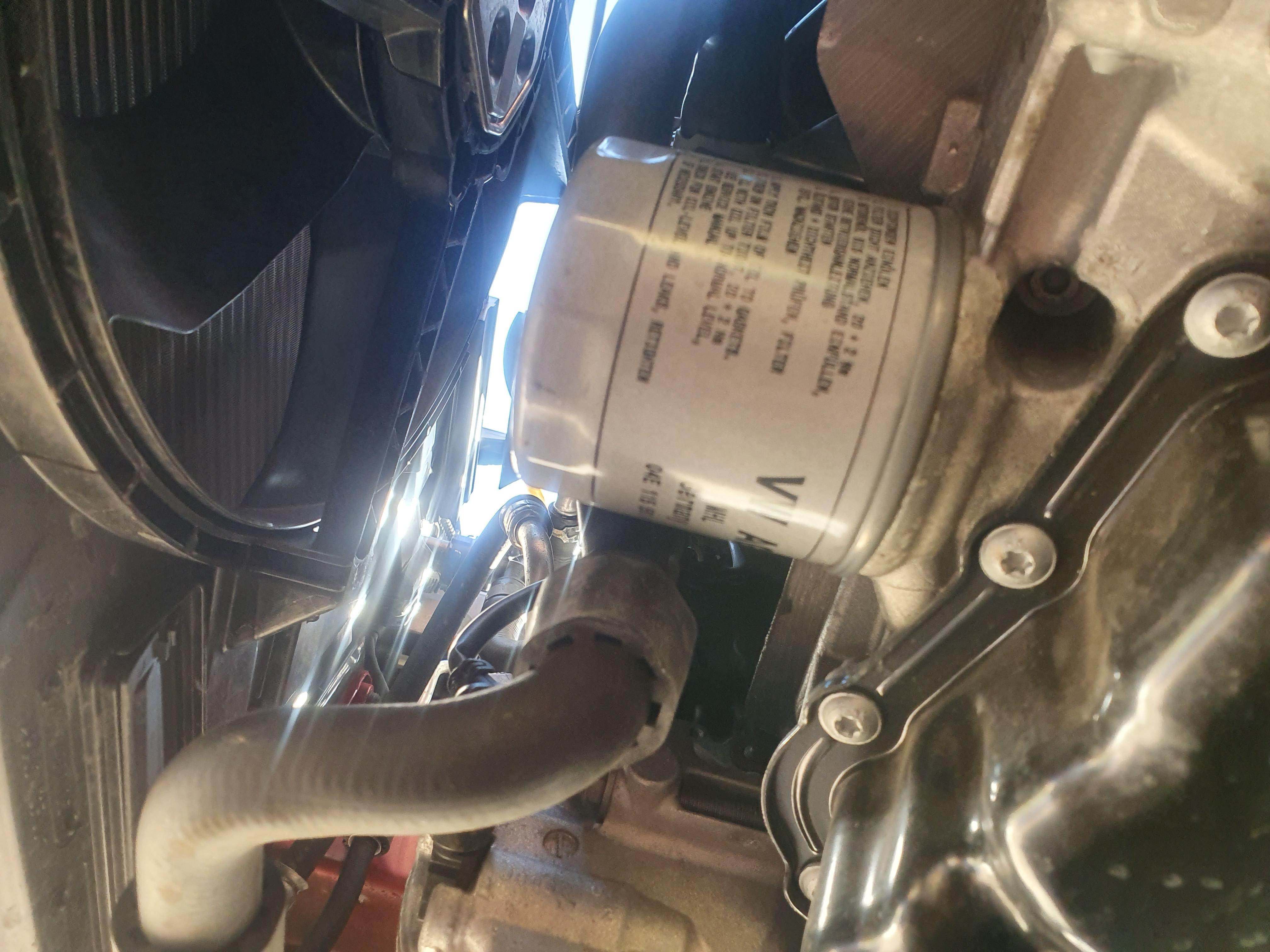 It may be fairly tight so be gentle but firm. When it loosens off, oil will exit the filter & engine block so have a rag to hand. Continue to remove the filter and place it where it won't make a mess: 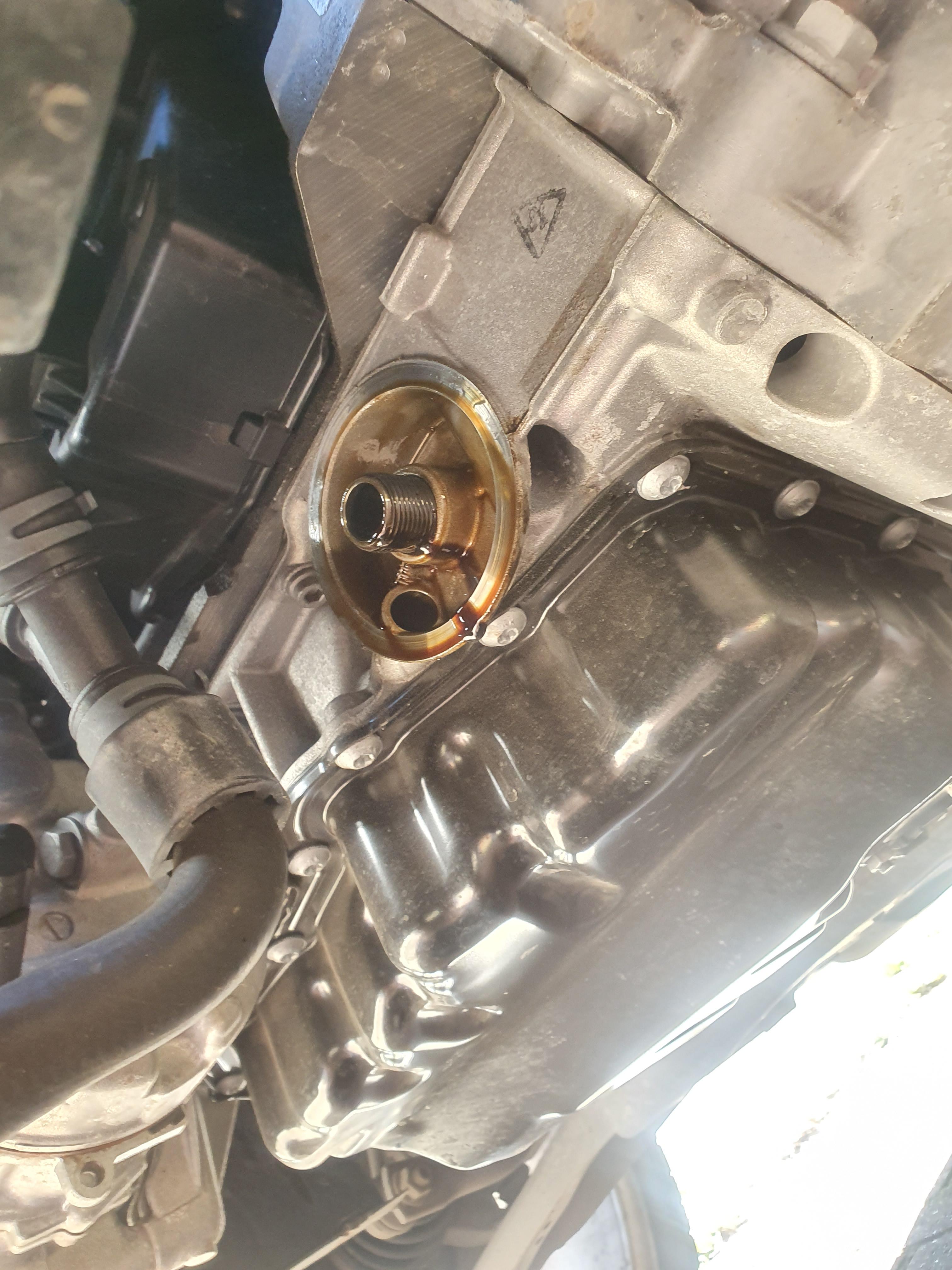 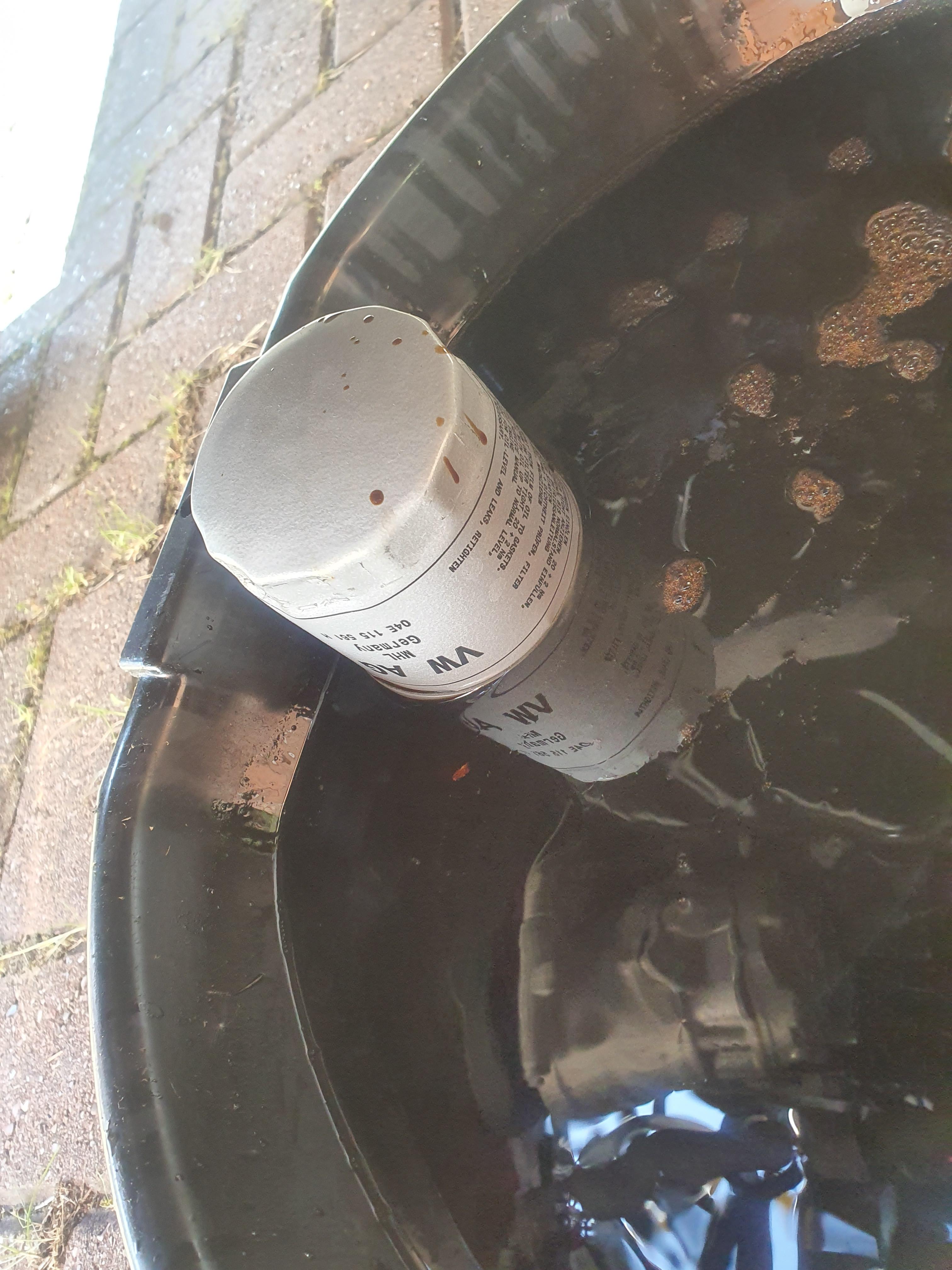 Clean off any excess oil that leaked down the engine block. Next, take your new filter and lightly apply a film of oil to the rubber seal on the mating face: 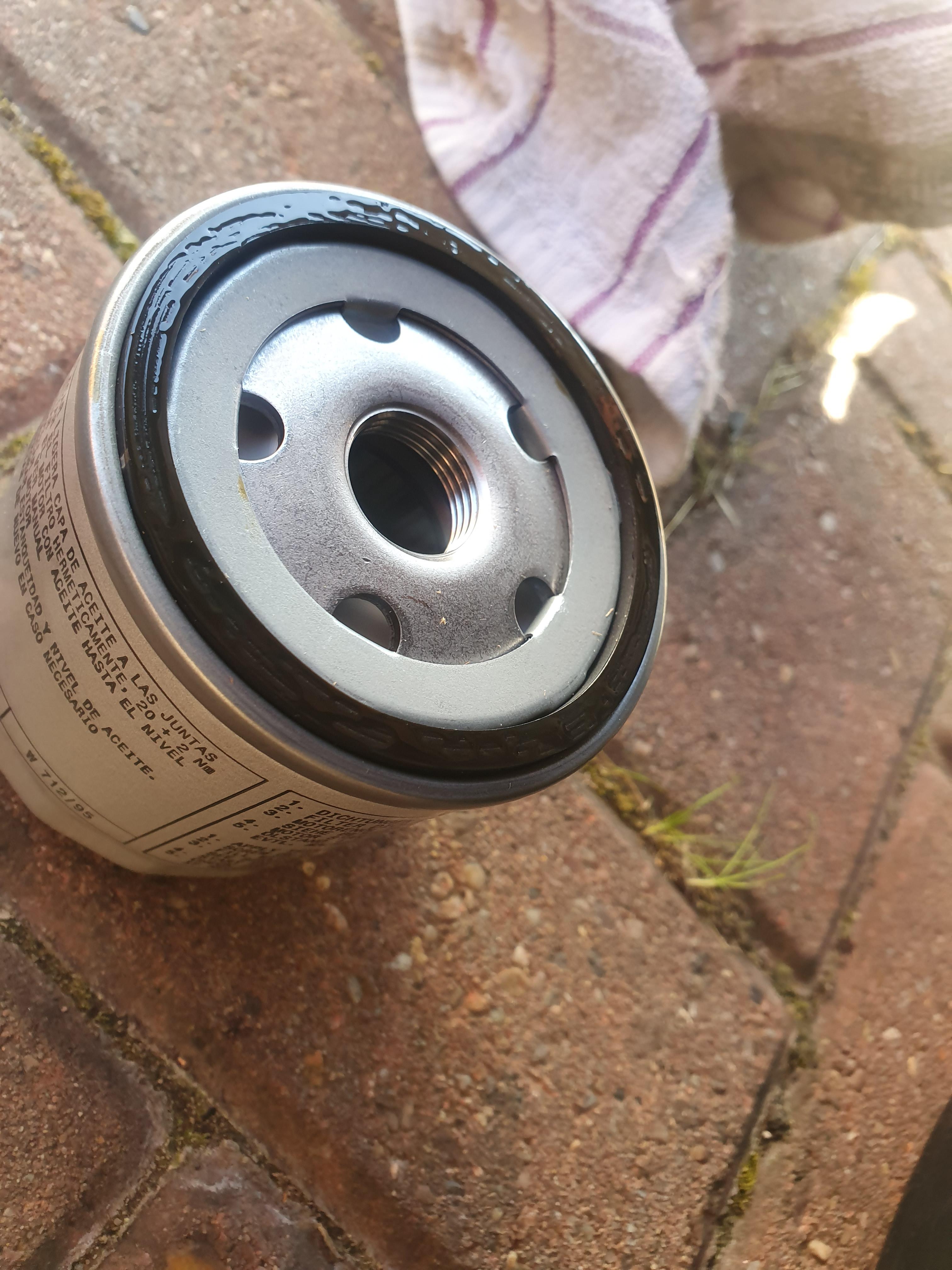 Once done, the under-tray can be replaced. It is reversal of removal.

Refilling with fresh oil
With the under-tray replaced, fully lower the car to the ground and ensure it is level. At no point start the engine while doing this. If you need to move the car, release the handbrake and push it by hand.

Remove the oil filler cap, and either using a rag around the filler neck or by using a funnel, pour in fresh oil. After around 3 litre's has been poured in, check the dip stick for a level. Keep pouring until the dip stick indicates around the half way mark.

Replace the cap and briefly start the engine (around 10 seconds) then turn it off again. Give the oil 5 minutes to settle then check the level. It should have dropped as oil made it's way around the new filter. Fill again until you are almost to the MAX marker on the dip stick.

Start the engine for a few minutes then switch off. Again allow 5 - 10 minutes then check the oil level on the dip stick. Add more if needed. You should use a total of around 4 litres to fully fill the engine to max.

Be careful not to overfill the engine as you will have to drain out any excess. Excessive oil can damage an engine just as badly as too little oil!

With the oil replaced, the service is done. If you need to change the air filter then do so now. It isn't difficult to do and should take no longer than 5 - 10 minutes.

Ensure you dispose of the old filter and oil at a certified waste disposal site. Most council refuse sites allow you take it there for disposal.

As always, any question or suggestion then post or message me.
Regards,
Lozzy