IbizaAlex said:
I'm doing a full LCR ecu and loom conversion on an Ibiza in the next month or so. Full wideband and EGT with VVT too. Will prob be a pain to do though. We shall see.

If the AEM has been stood then check the filter and nozzle. These gunk up.
Click to expand...

It will be a pain Alex, pretty sure of that

Robbie, an Exige will provide you with a lot of fun out on track, remember. The Elise was my main opponent on track, I had the power but just couldn't stick with them in the bends, depends what you want I think. Straight line brute force, and goodish in corners, keep the Cupra. If you want to develop your track driving and become more aggressive with power quicker out the corners a N/A track ready car is for you. My opinion anyway, not sure what others would say...

Remember I'm looking at the supercharged Exige S if I were to get one, not NA
Last edited: Apr 13, 2013

Robbie C said:
Remember I'm looking at the supercharged Exige S if I were to get one, not NA
Click to expand...

Cheeky! Though still behaves similar to NA with the instant power delivery.

It's been a couple of months since I've shown my face on here but quite a lot has been happening in the background. In May I took delivery of my new company car: Eddie.

While the sun was out lately I took advantage and got a few shots of both cars together, enjoy. 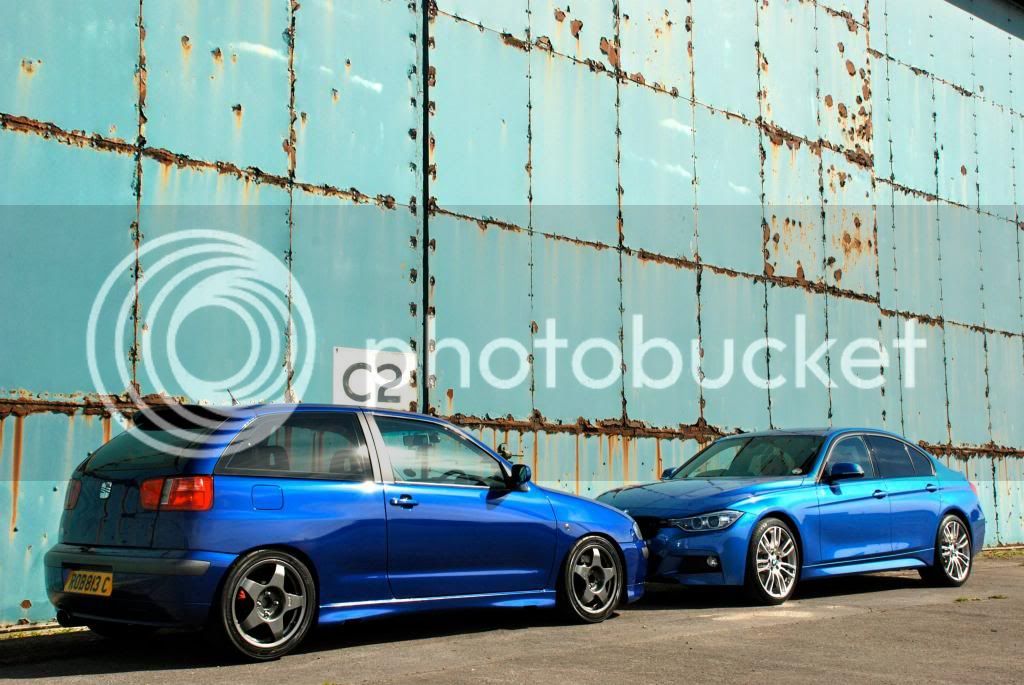 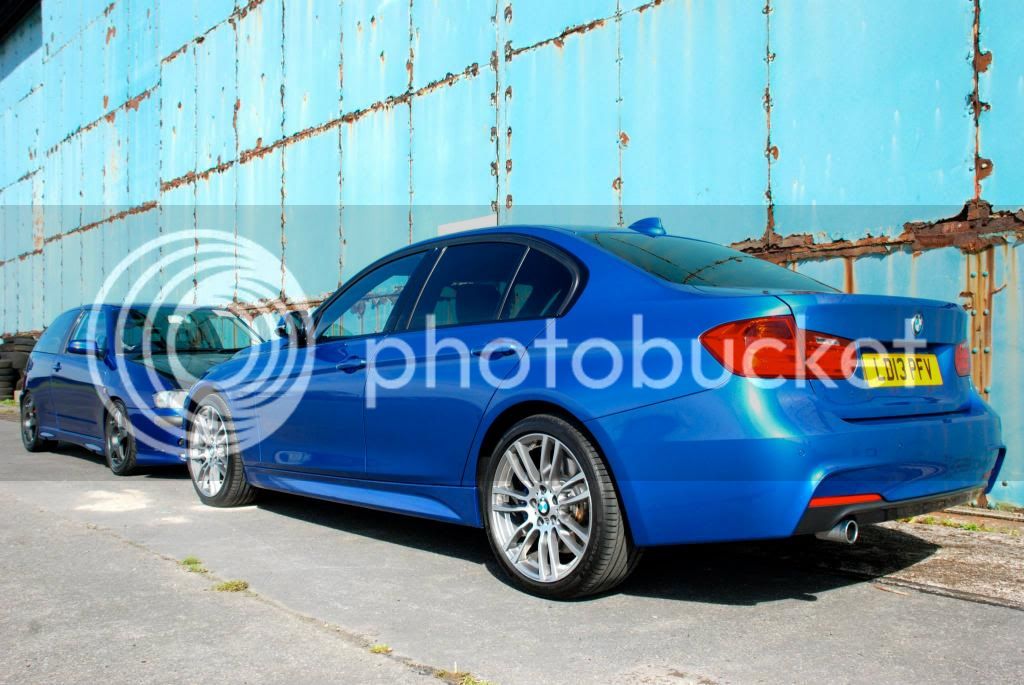 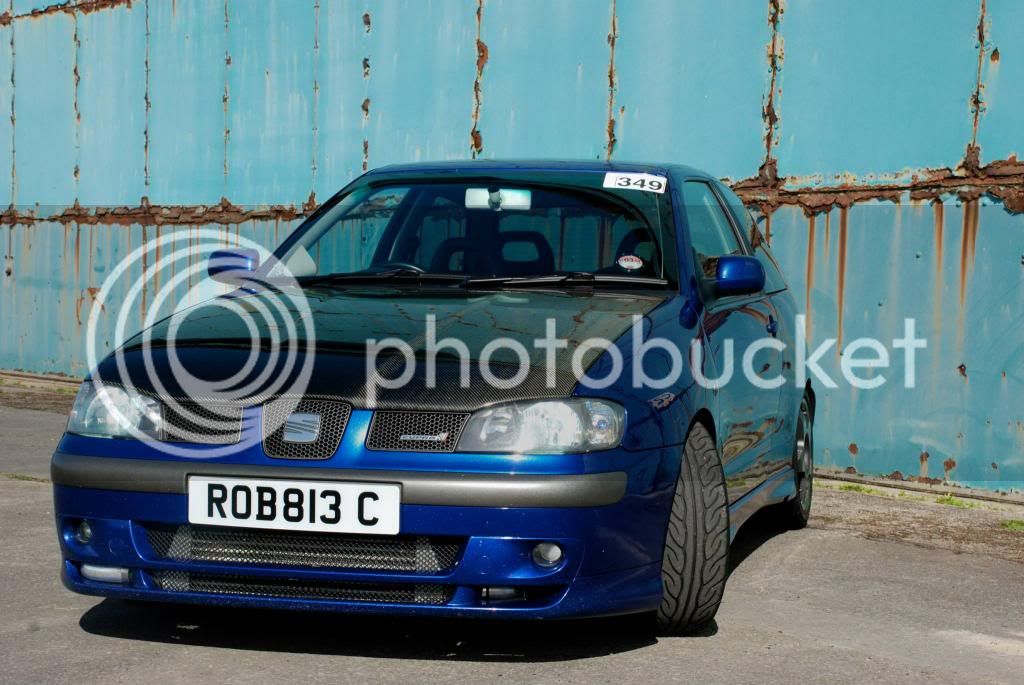 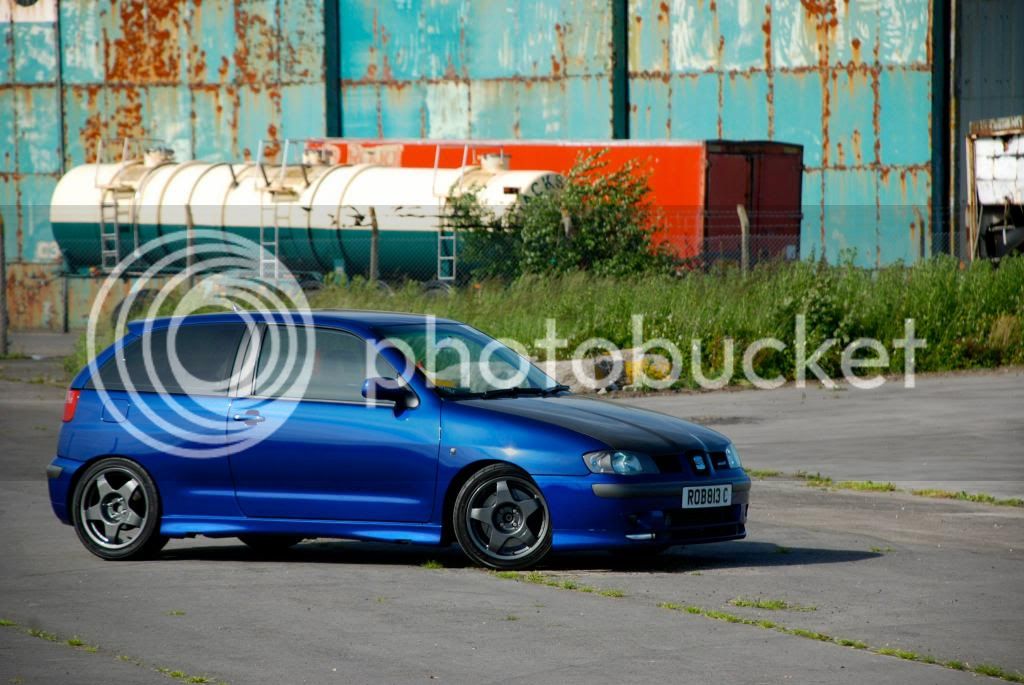 Haven't seen you on here in ages. Nice bmw has much changed to the Cupra latly

Most recently however, after some long and serious thought I've made the final decision to break the Cupra for parts rather than persevere down the BT route.

While it's true that the car is already mostly setup with a base of modifications that would be finished off nicely with BT for proper track use; whatever way I look at it it's still another substantial sum of money I'm throwing at a 10+ year old hatch back that I'm never going to see again; and the appeal just isn't quite what it was anymore.

Ultimately I'm looking for a car I can throw straight on track without constant fear of something expensive breaking, which I'm not sure the Cupra will ever be able to do for me with it's state of tune. A likely replacement will be a Series 2 supercharged Lotus Exige S in krypton green; but that is some way down the line yet - time will tell.

Thanks to everyone on here who's provided their support and feedback over the past few years, I've had some really nice feedback on the car and made some great friends out of it too which makes it all the more worthwhile.

Instead, send me an email at the following address and I will send you a list with prices

Remember that the full spec of the car can be found on page 1 too.

Sorry to read this RobbieC I have always loved your car and PhilWs car and Bennys were my favourites off here.

Still on onwards and upwards fella, all the best with breaking her. I understand you will make a lot more doing it this way.

All the best Lee.

Thanks Lee - I remember you following my progress alomost right from the start.

Tough decision but indeed onwards and upwards, times move on

I'll keep the thread alive as and when I have my next toy to feed my adrenalin habit.

Sorry to hear that you have had to go as far as breaking this bud! It is a crying shame to lose such a gorgeous example. Are you putting it back to standard (ish) to sell on after?

I have been tempted to get myself another, in which case I would be sending you an email right now, but I feel it would be taking a step in the wrong direction from the motors I have now. I mean I just remapped the megane, put on an exhaust and it is as fast as my hybrid Ibiza was, which cost alot more time and effort to get it there..!

All the best for the future mate, I will be keeping tabs on your breaking as yours is about the only thread I am subscribed to on here anymore..!

Cheers Josh. It's too modified to put back to standard so I'll try and break it down to a bare shell before scrapping whatever's left.

A fair few things have gone already, with the engine coming out this weekend.

Sorry to see the car in the half broken state yesterday. On wards and upwards though. Can't wait for the Exige

It's certainly looking a little sorry for itself now with a few body panels gone and the engine out, though it's been good talking to those who have come down for parts and meeting a few new faces.

I've starting listing a few things on eBay now, with plenty of bits still available. Remember you can email me for a parts list but please respect forum rules and refrain from enquiring in this thread.

On a side note, with a recent change of jobs I've sadly said goodbye for my F30 BMW which has now been replaced with my own E46 330d M Sport with a few toys: xenons, auto lights/wipers, adaptive lights, Harmon Kardon, leather interior and Bluetooth.

68k on the clock and effortless to drive with a cheeky remap last weekend for a few more smiles per gallon - surprised me how well these go to be honest. A quick snap below:

Sad news Robbie! As others have said, this is/was one, if not the cleanest MK3's ever on SCN and my personal favorite along with Bennys!

Big kudos to you for all the hard work your did and the attention to detail you put into the car.

A lot of the car has now been sold with a few random bits left - still to shift the engine, though in talks with a race driver abroad who may be interested so we'll see.

As before, for anyone else that's interested you can email me for an up to date parts list.

A couple of months on and now nearly every part of my Ibiza sold to a new home, ranging across the UK and Europe.

I was glad to find a buyer for the shell who ended up coming down from Scotland to trailer it back up north with a plan to re-shell his own Cupra into mine so he lives on.

Here's a final few pictures of it looking a little sorry for itself prior to it's journey:

...and here Pedro sits for the time being in his new home up in Scotland:

I scrapped mine last week, so mine has gone too. Sad times but at least yours lives on.

Mine is still living in it's full entirety somewhere! (I hope..!)