This is the new Ibiza Cupra!

Yes I heard the same also that the fabia vRS was gonna have this engine. The lack of a spoiler, big brakes etc is another indication that there is gonna be a faster version. Rumours flying about everywhere that there might be the return of the Cupra R or similiar. I mean SEAT's party trick with the ibiza was usually power, as ibizas where never exactly the best handling hothatch, and unless this cupra sets the world on fire with its dynamics who is gonna choose one over a clio 197, or mini cooper s, or corsa vxr? And granted that this cupra is sitting high up in the air as if it was on stilts leads me to believe that it wont trouble those 3.

I wonder what it would look like photoshopped completely in black

Market forces will forever dictate the fate of production cars.

Beauty is in the eye of the beholder, and thank god for that otherwise we would all drive around in beige boxes.

The pistonheads link also doesn't reflect with SEAT UK's own press release, because it won't be here until the middle of next year, not the end of this one.
Click to expand...

No new M3 CSL
Possibly no new Fiesta ST
A underpowered ibiza cupra when compared to the competiton.

Everyone is slating this cupra though as looking tacky. Perhaps the dull red doesnt help, and I think the cupra will be in showrooms within the mid of 2nd quarter, SEAT UK also said the Sports coupe wont be available to buy till january at the british motorshow but they seemingly got that wrong also.
Last edited by a moderator: Sep 2, 2008

I reckon the first pictures SEAT released of any of there new cars make them look a bit shity. I cant wait to see proper pics and then real life versions before I say anything about it.

I'm going to wait to see it in the flesh before judging to harshly but looking at things from a positive point of view the New Ibiza chassis has plenty to offer.

We had several chances on the launch course to throw it through round a handling track and cornering sequence and it'll clearly cope with a lot more power in standard form let alone with some chassis mods. Even driving our 1.4 demo around town show's it's got potential.

SEAT are keen for the New Ibiza to be customised by owners (hence the huge accessories list) so I'd expect an Alloy upgrade option, 19's anyone?

actually the more i look at the new cupra it is pretty close to the bocanegra, just a shame the front bumber is not as nice but with better alloys and a new front bumper i reckon it will look quite nice

it doesnt even appear to have bucket seats. All of the competition has bucket seats. Im convinced this isnt the top of the range model.

Maby there'll be other versions like the K1 and liner R and the FR550.
Or maby its another joke like when it came out first

The cupra and bocanegra are almost identical, apart from the lights and black nose - a bit of modding should be able to sort out the differences!

Your right!!!! the boca's arches are a bit more flared. I hav a feelin this car will be alright when it's seen in the flesh

Its the small intricate details that make the cupra look crap in comparison!

Mainly the ride height, back end of the car and the fact the alloys look lost in the arches make the cupra look a bit tame and clumsy.

I'm starting to think the cupra would look better if the boc had never existed. As i'm just disappointed that the cupra isn't the boc i want so much.

now those comparison pics have been put up together the cars are very similiar. As someone else said earlier it was daft of seat to change the little details, it makes all the difference!

And with a little bit of work... 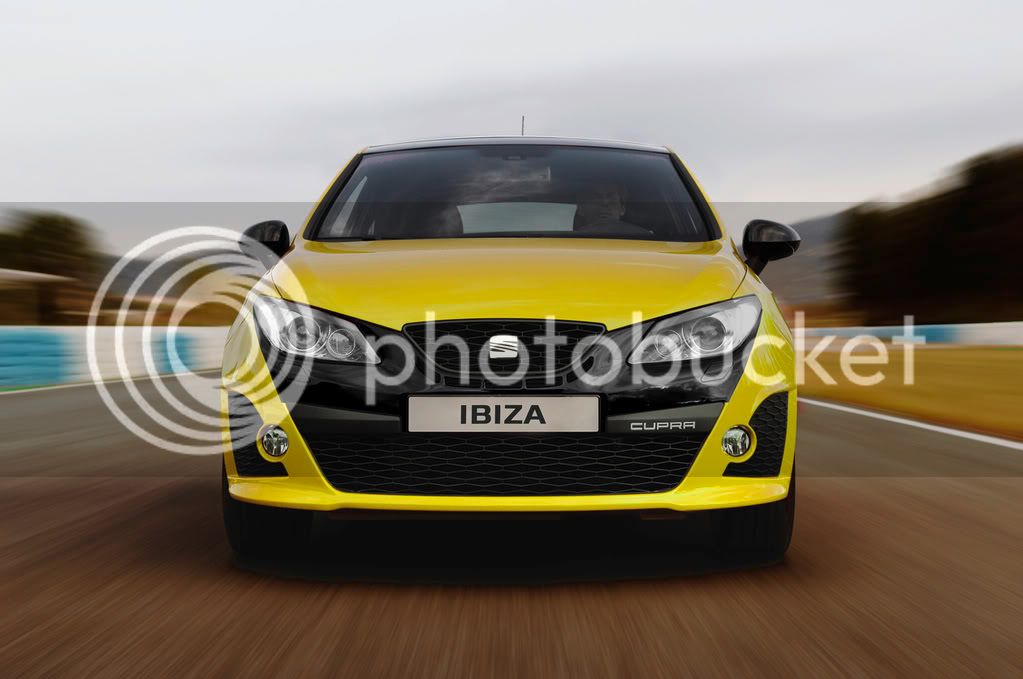 Liking it much more in those colours! Only thing missing are those flared arches. Oh and the 2.0TFSI. Cant see the 1.4TSI being a good tuner engine!

Well, as far as I know, there's a new one-make racing series in the States where they run Jetta TSIs putting out 178kW...

enigma243 said:
Well, as far as I know, there's a new one-make racing series in the States where they run Jetta TSIs putting out 178kW...
Click to expand...

240hp isnt enough for me

Topgear says that the black front will be brought out as an option.

(In fact, Seat plans to bring out a special edition SC with the concept's trick lights and plastic grille. We approve.)
Click to expand...

Briano said:
Topgear says that the black front will be brought out as an option.

And I hope it comes with the wide arches! Actually it wouldnt be hard to make wide arches myself would it?

Glad I'm not the only one that thinks the engine is total piece of s.it.Hope seat are reading this.
Actually the car looks great with yellow and black.The rims and the brakes are some kind of joke.It will be awesome if they put the LED head lights.Why not Audi's got them?I think the cupra logo on the front bumper should be removed an be an air intake like the negra's.
But the engine,oh that cow crap.I am speachless
Show hidden low quality content
You must log in or register to reply here.
Share:
Twitter Reddit Pinterest Tumblr WhatsApp Email Link